It was announced on the official website of Hakusensha's Hana to Yume magazine that Akatsuki no Yona will go on an indefinite hiatus due to the Kumamoto earthquakes, which affected areas in the Kyushu region on April 14 and 16.

Mangaka Mizuho Kusanagi, who resides in Kumamoto Prefecture, was unable to complete her manuscripts due to the situations caused by the natural disaster. The editorial department of the magazine confirmed that Kusanagi was not injured from the incident. The mangaka also announced her hiatus on Twitter.

The 123rd manga chapter was supposed to be included in the magazine's 11th issue, to be released on May 2. The series will still be featured on the cover of magazine. More information about the manga's resumption date will be revealed in a future issue, as well as on the magazine's website and Twitter account.

The earthquakes also affected airing anime, as they were replaced by emergency news bulletins regarding the quakes. The series that were affected included Sakamoto desu ga?, Shounen Maid, Koutetsujou no Kabaneri, and more.

Update May 2
It was revealed via the mangaka's blog that the series will return on the 12th issue, which will release on May 20, 2016.


should i read the manga or just wait for s:2 ? anyone?

Chances are there will never be a sequel (particularly after the couple of OVAs have been announced to be adapted). Read the manga. It's an A+ manga and its rating in Japan or in MAL is not for show. You don't see many manga out there that just keep on getting better and better with the progression of story. It gets a lot more darker, it puts pieces in the right places at the right time to make senses and it makes a mockery of other long running manga outside the target demographic on how it should be done.

I just hope sensei recovers from anything that may keep her from releasing the chapters soon. It could be mental shock. It could be loss of family, relatives or friends, or even loss of people working with her (her editor, her assistants), it could be loss of places she loved, it could be loss of the environment she worked on. We don't know anything. A few years back when Japan was hit by Tsunami, she thanked Taiwan for its role on helping her region in her manga. We are talking about human lives here with many, many more important things involved.

I am very disappointed reading some of the comments here.

Hear Hear. I can't believe how self-involved people are in making the hiatus surrounding the just BARELY recent catastrophes in Japan just about them. Does most of the world live in a bubble and is not keeping up with the news? There may not have been that many lives lost compared to the more tragic incidents in history, but seriously just the fact that lives were lost should be enough to gather some sense of loss or sympathy. Not to mention that the Kumamoto prefecture suffered a massive toll to its infrastructure with transportation and many corporations and industries forced to shut down and spend large amounts of capital to recover.

We don't know if the mangaka lost someone close to them or was traumatised by how close her entire life or livelihood could have been lost- it's enough to shatter most people. Perhaps she's helping with the restoration efforts as lots of Japanese are now doing.

Nevertheless, I hope she takes the time to recover and get back to her manga work in high spirits for both our sakes. It wouldn't feel right to enjoy her manga considering right?

Nice, I had a feeling it wasn't going to be a long one. The phrase 'indefinite hiatus' still gave a scare though, more often than not, it means the hiatus will be a long one (or perhaps forever).

Glad to the see the series return again.

Well, that was quick. I guess I can't catch up on the manga after all.

Well there is nothing we can do about it. Just hope that everything will go fine in the end.

Good. It wasn't a real hiatus. It's just to get a break and pick all the pieces. And get back to normal.
Not like Hiatus x Hiatus having a long break then gets back to make a few chapters and take a hiatus again.
I don't even know why it's announced as hiatus if it will be in a few weeks, They could just say the author was having a break.

@kuuderes_shadow
Yes, it was my mistake. I'm sorry and thank you for pointing that out.

So only one edition skipped.

Good to know things are going back to normal so quickly.

Incidentally, that link is to the hanayume website, not the mangaka's blog. Are you sure you didn't mean to link to http://yaplog.jp/sanaginonaka/archive/757 ?

New Update
It was revealed via the mangaka's blog that the series will return on the 12th issue, which will release on May 20, 2016.

Great news it will resume at 20th May so only a 3week pause, cant wait for this next chapter :)

This kinda scared me because I've been planning on picking up the manga for awhile now. I hope the mangaka can recover okay, whatever her situation may be.

Damn, rather sad to hear. But atleast the mangaka is ok, I'll just wait patiently for it to resume!

Glad she hasn't been hurt! Hope she will soon continue the manga!

I felt so sad when I first heard of the hiatus but at the same time glad the mangaka and here team are fine.

Hopefully it'll resume soon and not take too long.

I'm still in pain waiting for Ai Yazawa to finish NANA. If Akatsuki no Yona ends up the same I'mma cry an ocean.

Thankfully the mangaka wasn't hurt, let's just hope this doesn't end up like Highschool of the Dead.

Hmm, what other manga went on hiatus due to earthquakes and has not returned for DECADES.... 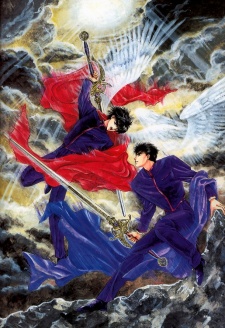 Well Akatsuki no Yona seems to be in a pretty hyped arc so no way will a permanent hiatus strike now right....right?
X got hiatused at literally finale cliffhanger.

PeaceMaker Kurogane went on Hiatus for 10 or so years and came back last year or in 2014 and now its getting a new anime adaption/sequel so don't lose hope. Seeing pictures of where she lives AnY will probably be on hiatus for a few months.

At least I still got Magi and Noragami, but Akatsuki no Yona is in my top 10 sad to see it will not be updated for a while. At least this gives time for the scans to get caught up if they haven't already.

Glad to hear that the mangaka is unharmed.

I will make this hiatus useful (and catch up on the manga,lol);

Glad she's fine but I hope this hiatus won't be that long, I need to see my ship (Hak x Yona) sailing please.

Chances are there will never be a sequel (particularly after the couple of OVAs have been announced to be adapted). Read the manga. It's an A+ manga and its rating in Japan or in MAL is not for show. You don't see many manga out there that just keep on getting better and better with the progression of story.

ok thnx i will follow ur advice and read Manga as i have been told b4 by others users.