by arsonal
Jan 17, 2016 6:42 PM | 24 Comments
The seventh issue of 2016 of Weekly Shounen Jump magazine, which goes on sale on Monday, has announced two additional cast members for the Spring 2016 series Boku no Hero Academia. Designs by Yoshihiko Umakoshi (Mushishi) for the two characters were also revealed. The series will air on Sundays at 5:00 p.m. beginning in April. 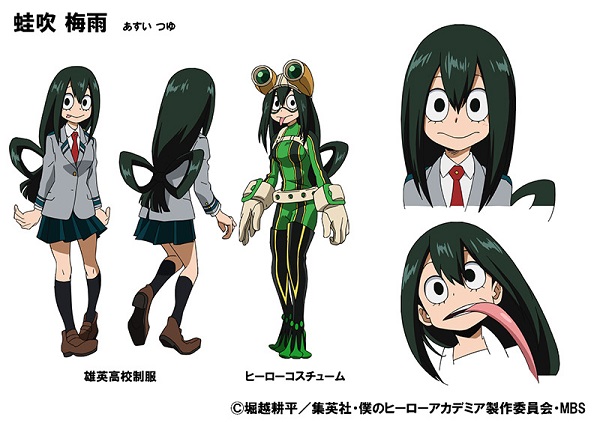 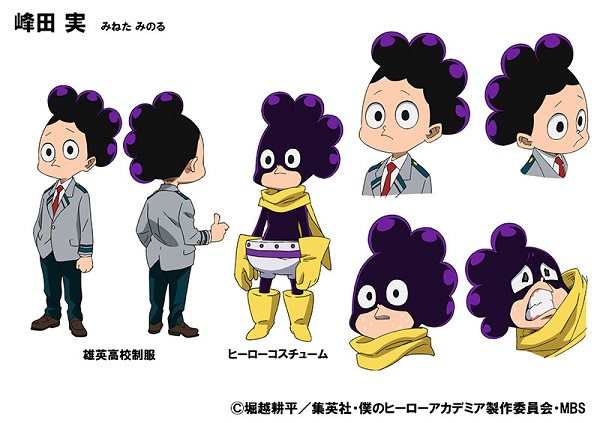 Animation studio Bones is producing the adaptation of Kouhei Horikoshi's Boku no Hero Academia superhero manga, which has been serialized in Weekly Shounen Jump since July 2014. The seventh manga volume will go on sale on February 4.

Not sure if this will be my cup of tea but those character designs certainly are unique and interesting.

Man shit's legit.
It looks alike nicely.
Now, April has yet to come 🤖

no
wat do u ppl like about her so much

no
wat do u ppl like about her so much

lol, i don't know anything about this manga/anime, but those designs look neat hehe. Definitely gonna watch the anime and read the manga.

Man, I want to eat that hair.

I have complete faith in Bones, cant wait wait for this.

I can't wait to see how Mineta's VA portrays his comedic side. He's fucking hilarious.

Stark700 said:
There's just something peculiarly cute about Tsuyu Asui...
Is it her long tongue? xD

Minoru is going to have Alice/Aoi Yamada's VA? Pretty cool, her playing males is quite rare.

Those are some bizarre character designs. Not sure if this will be my type of show. I'll have to decide whether or not I actually want to watch this.

The designs are unique to say the least.

Not going to watch this, but Bones animating these silly character designs should be great.

vikki7783 said:
also, the seiyuu links go to different seiyuus...
Thanks. That's what happens when you copy and paste templates...

Nice. hopefully next they cast Kouki Uchiyama for Todoroki He is a perfect pick for him.

I want Tsuyu-chan to lick me.