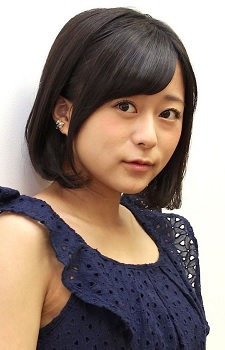 Seiyuu Inori Minase announced on her Twitter account that she will make her debut as a solo musical artist with King Records. Minase's yet untitled debut single will go on sale on December 2, 2015, her 20th birthday. The single will contain three original songs and is priced at ¥1,300 plus tax.

Minase made her seiyuu debut in the 2010 series Seikimatsu Occult Gakuin as Akari Okamoto. Her first regular role was as Suzune Tanahashi in 2013's Love Lab. She has since gone on to perform in musical units for Robot Girls Z, Gochuumon wa Usagi Desu ka?, and Gakkougurashi!.

more succes to her...and also to me

Not surprising after Symphogear.

She has landed some good roles -Chino in Gochiusa, Noel in Sora no Method, and now Yuki in Gakkougurashi. I'm sure a lot of fans of her characters will want her solo work.

Is this the one with the generic cutesy voice from that Dungeon show?

Good luck! Do your best

She has some big main roles recently :O
Sounds good.

I hope she does well and her song sells well.

Cool, I wish her success!

Good for her I guess. Will check it out