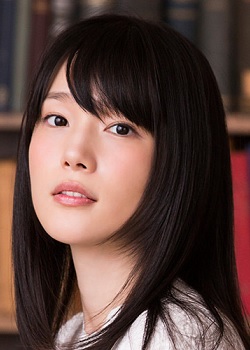 The official artist website of seiyuu Maaya Uchida has announced that her first CD album will be released on December 2, 2015. The yet-to-be-titled album will contain songs from her first three singles and additional new songs. It will also bundle Blu-ray/DVD discs and a mini photo book.

Uchida made her debut as a solo musical artist under Pony Canyon in April 2014 with "Soushou Innocence," which is used as the opening theme song of Akuma no Riddle. She has also performed in character songs for Chuunibyou demo Koi ga Shitai! and The iDOLM@STER Cinderella Girls.

Uchida began her seiyuu career in 2009, voicing an unnamed character in Boku, Otaryman. Last year, she was named Best New Actress at the 8th Seiyuu Awards.

Forget her other roles, she'll always be Sanka Rea.

One of my favorites seiyuu, i love her!

The seiyuu of Yusarin from Charlotte is releasing an album? Takajo is probably fangasming with joy right now.

I love her voice, so I hope her album sells well~
Great news!

Her songs from Charlotte will only boost the sells of this album.Akuma no riddle OP was very nice btw.I would buy one copy of "Smells Like Tea,Espresso" by How-Low-Hello myself because of "hand with blood" and other great songs by maaya uchida in charlotte.

No other voice actor besides maybe Sora Amamiya better represents the current theory of Japanese voice acting than her to me, though I actually find Amamiya better even though I think it's the same theory being applied to her career. Sort of okay voice actor but also cast in a lot of pretty simple moe girl roles with little that stands out and not much to work with, can sort of sing but doesn't particularly stand out in any capacity therein, but despite all that has the looks of a model.

I think she's done one role ever that I kind of liked her performance and that was Hiyori in Noragami mostly because it was the first time she did a character that didn't just come across as annoying hyper and spastic. Maybe if she'd be in more shows I'd actually watched and liked and really contributed to something in a way I figured nobody else could it'd help my impression of her a bit too. Like I know that she's supposed to be this big current seiyuu or at least one that the industry is really trying to push along but I'm just not feeling it at all in actual reality. If anything she comes across more as a pretty mascot somehow.

Loved her in the various roles she played. She was a rookie when she played Rikka, but boy, did she nail that voice. On top of her character voices, she has a signing voice that I really dig. The OP for Akuma no Riddle is still one of my favorites, and the OreTwi OP was fun and pleasant to listen to, so I hope she does well. It certainly helps that she's pretty.

I love Maaya Uchida, so this is great news!

I hope her album sells well.

she looks similar to my cousin..xD

This is pretty cool. She's had some fairly diverse roles and pulled them all off.
Her singing is pretty good as well. I'm very okay with this news.

I especially liked her singing the opening for Ore, Twintails ni Narimasu....
Actually, could we turn this article into the announcement of Twintails Season 2?
No?
You sure?

Haven't found her to be particularly good at voice acting, but she sure is cute.