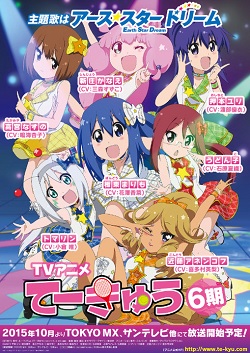 Studio Millepensee took over responsibility for the show's animation production from MAPPA earlier this year. The fifth season began airing in July. The current production staff will continue their work, and the cast will reprise their roles. 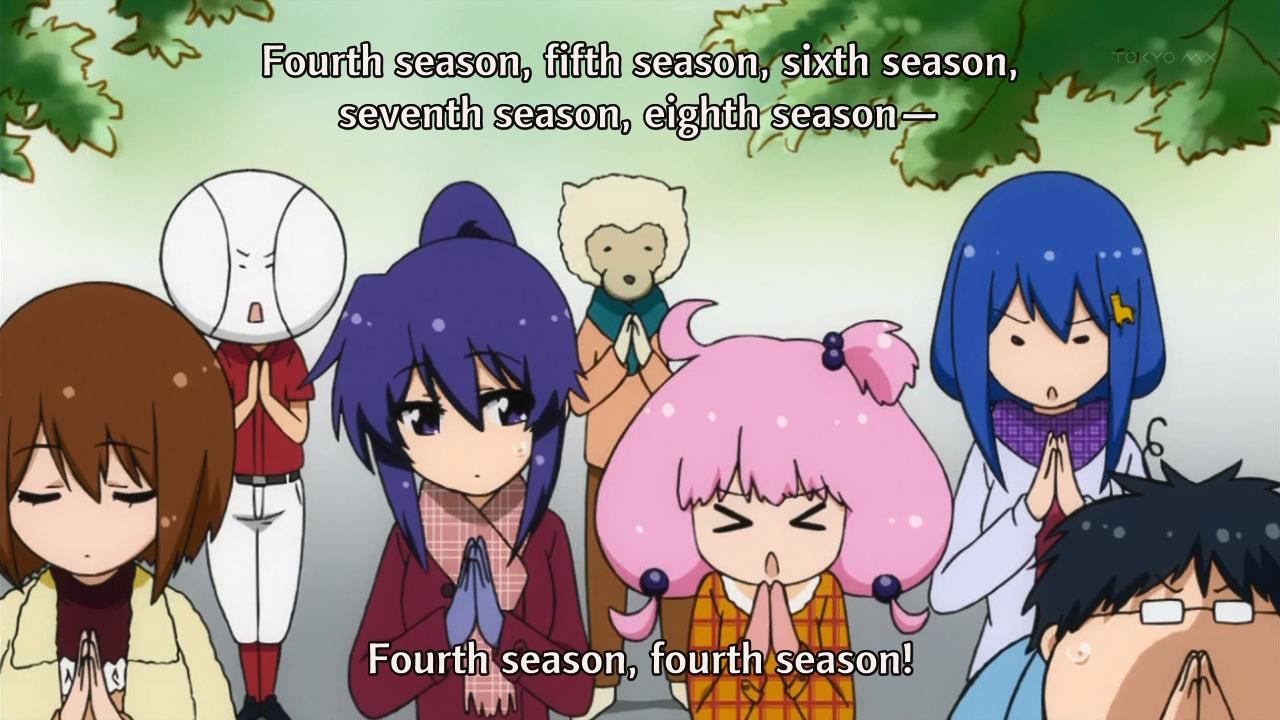 I just love how this wish of Kanae came true.

I don't even consider this a sports anime anymore, lol.

That's a pretty great thing. Even though it's a short, getting six season is extremely rare nowadays.

-Bakemono- said:
I hope the Takamiya Nasuno Spin-off also gets a second season in the near future.
Teekyuu has been around a lot longer, chapter 83 of Teekyuu just came out.
http://comic-earthstar.jp/works/tekyu/
Since they do one chapter per episode and it comes out monthly... season 6 will use up to chapter 72. Season 7 could be made as chapter 84 will be out shortly but after that the anime will have caught up to the manga unless the mangaka Piyo and Roots decide to write a few chapters per month instead. They have done up to 4 chapters/month in the past but seem to have slowed to 1/month lately, 2 including Takamiya Nasuno desu.

By comparison, the Takamiya Nasuno spinoff is quite new and only monthly, being done by the same mangaka. It is only on chapter 17 so far:
http://comic-earthstar.jp/works/nasuno/
So it might be a while before season 2 can be made, 7 more months for season 2 I guess unless Earth Star chains Piyo and Roots to their desks for a while.

There are no breaks on the Teekyuu Train.

Teekyuu takes no breaks. I guess I should play a bit of catch-up once the 5th season ends.

Nucksen said:
so the next 20 seasons are safe.

Nucksen said:
This will never, ever end and I'm okay with that
Seems to be the case

Ramkec said:
This show just can't be stopped lmao, and I'm really happy about it.

They fund the new season if just 5 guys buy bluray of the preview one.

I think the opening songs are quite the factor here, but Teekyuu also sells surprisingly well for a show like this(I only found sales of the first three seasons(S4 isn't out yet if I recall correctly), but they averaged on ca. 3000 BD. That are insane numbers considering, that the normal short averages under 1000. Most normal long form anime would break even with sales like this), so the next 20 seasons are safe.

This will never, ever end and I'm okay with that

This show just can't be stopped lmao, and I'm really happy about it.

They fund the new season if just 5 guys buy bluray of the preview one.

I hope the Takamiya Nasuno Spin-off also gets a second season in the near future.

Ohhhh, another season of Teekyu, the truth did not expect!

kuuderes_shadow said:
mayukachan said:
Is this really such a good show? Should I try it? :|

Do you like fast paced, often ridiculous comedy? If so, you should watch it.

Yeah, that sounds cool. I'm down!