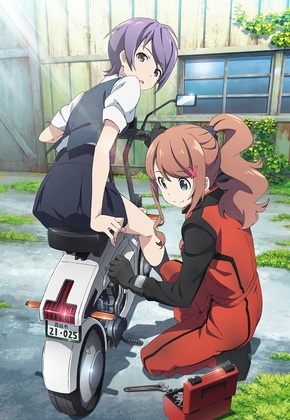 It was announced at AnimeJapan 2015 that an original anime project titled Classroom☆Crisis is in production. Hiro Kanzaki, the artist for the Ore no Imouto ga Konnani Kawaii Wake ga Nai light novels, is designing the characters for the anime.

Aniplex has also launched the official website and Twitter account for the project, featuring the anime's first key visual. Overlaying the image on the website is a discussion between the two girls about fixing a motorcycle.

The logo includes the slogan, "The most certain way to succeed is to try one more time. Our greatest weakness lies in giving up."

More information will be announced at a later date. 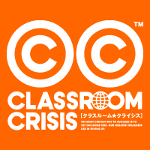 Rolling Girls without the colors effects, Im in :)

pretty sure a-1's gonna animate this.

"The most certain way to succeed is to try one more time. Our greatest weakness lies in giving up."

I'll check it out.

Plus the oreimo artist being involve makes it more interesting.

sounds amusing will be checking it out!!

What's the first thing I see

Girls and a motorbike

That's a new all time high for the sense level

WTF IS THAT TAG

I will watch it.

Actually sound pretty interesting. I wonder what it's actually about, though... motorcycles? Friendship? Or just a school-slice-of-life with no particular focus?

AllenVonStein said:
So is this a sport anime
Depends what you consider "sport", or just what you're reffering to when you say "sport".

I'll decide if I want to watch when they put a synopsis or a PV.


SuperImpact said:
ehh at least it's an original.
it is original but is it original?

We'll have to wait and see.

So is this a sport anime

It really depends on who works on it, I bet it'll go to A-1 so we'll see but if they manage something anywhere near as good as One Off then it'll be a great show, not really liking the girl in orange's face but eh.