by symbv
Apr 24, 2013 4:43 AM | 106 Comments
According to the latest issue of Shonen Magazin, the light novel "Outbreak Company: Moeru Shinryakusha" will get a TV anime series adaptation. The novel is written by Sakaki Ichirou and 5 volumes have been published, with volume 6 coming out on May 2nd. Staff and schedule information are not available yet.

This is the summary of the story:
Having a light novel author father and an eroge illustrator mother, Kanou Shinichi is a thoroughbred otaku. However he does not have any special power except for his broad knowledge, sharp insight, and impeccable instinct about "MOE" and its products, from manga to anime to games to light novel to figures. One day he found himself transported to a fantasy world where elves live and dragons fly. And he is given a task—not to fight monster or embark on a quest, but to enhance cultural exchange by becoming a "moe missionary" in this fantasy world! He meets a palace guard who has a bit of fujoshi taste, a half-elf maid, and the empress who is a little girl. He comes up with the idea of building a school. At first it runs as a comedy but later there are serious matters that Shinichi needs to face: ethnic discrimination, social problems, conflict with neighboring countries, sabotage by opposition elements including Japanese government, etc. Can he overcome the obstacles, successfully bring "moe" culture to the fantasy world, and help the people there as well?

The anime will start to air this October.

^ They are only TV size versions. Don't know why you're posting full on everything when there's only a couple of full things there (most are TV size).

I'd avoided this after seeing the anime's official art but I'd never expected that sypnosis though. Got me totally hooked. Might try watching this out of curiosity. o,o

Oh god, that art is screaming bad ecchi, but the premise is crazy enough to justify giving it a trial run for me

I would expect you to just walk away quietly but you seem to feel so bad about it that you have to spew a bunch of negative opinion, which my honest opinion (to quote your favorite words) is that it screams more meh than what little the synopsis of this anime/LN offers (which I am sure shows only a little of what's on offer but you prefer to look at it in your colored glasses which may be just as well because it saves us from further bland attacks coming from you regarding this anime LOL). Anyway since you can only think of either throwing out negative opinion honestly or sarcastically, it just shows how much you feel compelled to throw your negativity around.

Lol what'd you expect me to say then? That's pretty much my honest opinions based on the premise alone, the usual gimmicky stuffs that vast majority of LN adaptations seem to suffer from. Or maybe you want me to call this "Best plot ever" and being sarcastic like some other people in this thread? I'm sorry, but being straightforward and blunt is apparently my thing.

Now, go ahead and attack my opinion with your usual sarcasm. That's what you're very good at

Has to feel compelled to spew a bunch of bland negative words first and can't walk away quietly, huh?

The premise somehow screams "meh" to me, and looks like it's just going to be another tale about ridiculously cheap excuse for the show's lead to conveniently get girls. But at least i should give it some credit for not using obnoxiously longass title

Definitely won't be watching it.

Screenshots of the PV from the official site: 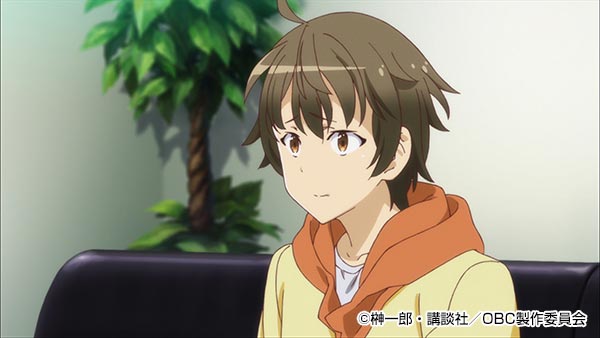 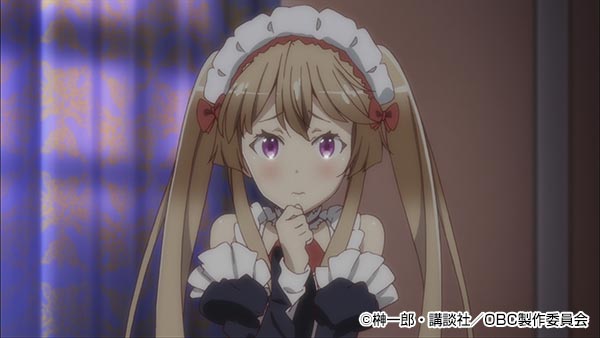 ^ Please try not to post 2 posts consecutively in a short time...

All depends on how its done. If its dne badly.... Its gonna be painfully stupid and unbearable. But if done well, well, one enjoyable Anime. i just hope it doesnt try to make us forget about e inherent ridiculousness of the premise.

The faces look like they were badly chiseled out from a rock or something, the eyes also look unfocused, if THIS was the cover art, I'm scared of whats to come.

Fuchigami Mai is getting more roles these days. There is Arpeggio of Blue Steel recently announced and now this, also a main role. Recently I watched her riding a tank together with a bunch of GirlPan fans in a Self Defense Force base in Hokkaido. Amazing.

Opening theme is "Universality Page" by Suzuko Mimori while the ending theme is "Watashi no Hoseki-bako" by Mai Fuchigami.

I agree and yeah those triangular faces sticks out as painfully average, but at least I can look at this with a straight face unlike Aku no Hana.

It's not fanart sad to say, and it's rushed to the point of being so average it sucks.