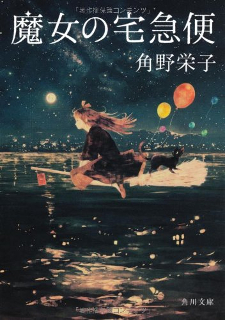 Children's novel "Majo no Takkyuubin" (Kiki's Delivery Service) will have a live action movie adaptation. The novel has six volumes altogether and was adapted into the anime movie "Majo no Takkyuubin" by Miyazaki Hayao and Studio Ghibli in 1989; however, they are not involved in this adaptation. The director is Shimizu Takashi, best known for directing the Ju-on series of horror movies. Koshiba Fuuka, 16, has been picked to play the role of Kiki, the 13-year-old protagonist. The movie will be released in theaters next spring.

Update January 16, 2014
Minako Kotobuki will be voicing Jiji in this live action movie.

The new video has a bit more footage at the end, but still looks unimpressive

yeah, no actual footage, just a teaser, though

teaser for the live action movie

symbv said:
zensunni said:
THe books have six volumes? Wow! How much of the story was in the anime, or was the anime a Miyazaki story using the setting of the books?
The anime in fact adapted only a small part of volume 1, mainly chapter 4 about Kiki delivering a bird cage. Kadono Eiko wrote the other five volumes only after the anime was made, from 1993 to 2002 so they did not exist when Miyazaki worked on the anime.


In fact, Miyazaki and his staff changed the story so much that at one point Kadono even wanted to cancel the project. The following is from the wiki page of the anime:


Miyazaki began significantly modifying the story, creating new ideas and changing existing ones. Majo no Takkyūbin, the original children's book by Eiko Kadono that the movie was based on, is very different from Miyazaki's finished film. Kadono's novel is more episodic, consisting of small stories about various people and incidents Kiki encounters while making deliveries. Many of the more dramatic elements, such as Kiki losing her powers or the airship incident at the film's climax, were not present in the original story. Miyazaki made these changes to give the film more of a story, and make the film about the hardships that Kiki faces while growing up; he remarked, "As movies always create a more realistic feeling, Kiki will suffer stronger setbacks and loneliness than in the original".

As a result, Kadono was unhappy with the changes that were made between the book and film, to the point that the project was in danger of being shelved at the screenplay stage. Miyazaki and Toshio Suzuki, the producer of Ghibli, went to the author's home and invited her to the film's studio. After her visit to the studio, Kadono decided to let the project continue

Now you're really making me want an SoL series of it. It sounds like it would be similar to Aria.

Poster for the movie 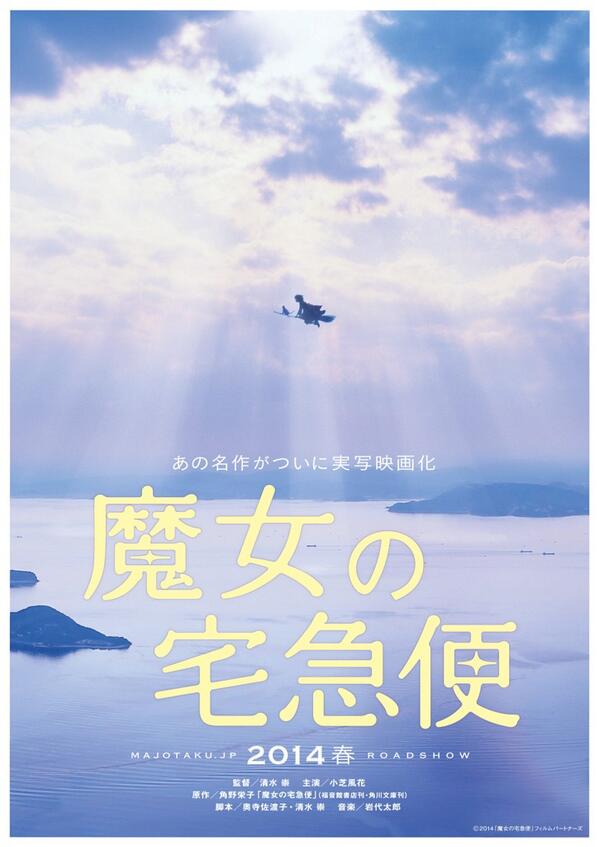 The Live action adaption of Samurai X wasn't up to the expectations, so I got doubts about this. Now if Kiki was purely slice of life type story like HachiKuro, then we might see something good. Although someone who saw Toki o Kakeru Shōjo (2010) sequel, they would say otherwise.

The audition for the role of Kiki has finished. Out of more than 500 people, Koshiba Fuka, 16, was chosen to be Kiki in the live movie of "Majo no Takkyuubin". Koshiba debuted last year in a TV drama named "Iki mo dekinai Natsu". You can find her profile and her blog here: http://beamie.jp/t/fuka_koshiba.html

The movie will premiere next spring. 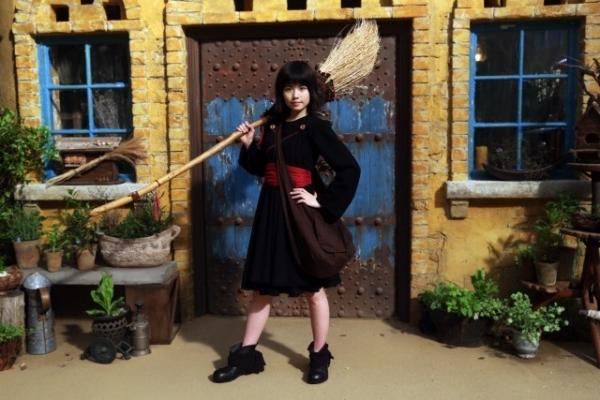 I WONDER WHY IS IT THAT ALL THE CLASSIC HAS TO HAVE A live action movie adaptation. CAN'T THEY JUST LEAVE THEM THE WAY THEY ARE.

Kinda creepy that the director of Ju-on is gonna direct this, but I'll give this one a shot.

Raven-san said:
The next Dragonball Evolution.
It's NOT an American adaptation so there's hope.

insan3soldiern said:
You know, for all the anime I watch I don't think I've ever seen a live action movie from Japan. Maybe I'll check this out some day.
The live action Detective Conan series/movie was good to me.

Mirai Nikki on the other hand was awful.

THAT MAN IS A GENIUS THIS MOVIE WILL BE AMAZING.

Sewnshut said:
Wow.. Kiki's Delivery Service now that is an old anime I watched it like 15 years ago.. why are they making one now of all times?.. kinda odd considering it finished a long time ago.
Well, many "finished" novels written decades or even centuries ago got adapted into movies. Besides, more than 90% of the novels did not make it into the anime (granted, most of them were not written when the anime was made) so it is not unthinkable that someone would be interested to make a movie out of it if he sees the potential.

Wow.. Kiki's Delivery Service now that is an old anime I watched it like 15 years ago.. why are they making one now of all times?.. kinda odd considering it finished a long time ago.

Well, this could be interesting. Can this Koshiba Fuuka portray the MC well though? She seems a bit too old to be able to play the role of a 13 year old.

"The director is Shimizu Takashi, best known for directing the Ju-on series of horror movies."

Lol, it is gonna be a horror versión.

I will keep this on my radar. It's hard to forget the anime, but I always welcome new and expanded plot for Live Action. Now, we can see how this story ends as imagined by the author.