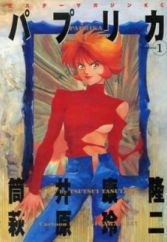 In the near future, a revolutionary new psychotherapy treatment called PT has been invented. Through a device called the "DC Mini" it is able to act as a "dream detective" to enter into people's dreams and explore their unconscious thoughts. Before the government can pass a bill authorizing the use of such advanced psychiatric technology, one of the prototypes is stolen, sending the research facility into an uproar. In the wrong hands, the potential misuse of the device could be devastating, allowing the user to completely annihilate a dreamer's personality while they are asleep. Renowned scientist, Dr. Chiba Atsuko, enters the dream world under her exotic alter-ego, code name "PAPRIKA," in an attempt to discover who is behind the plot to undermine the new invention. (Source: ANN) 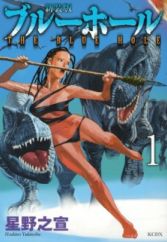 Mirai no Futatsu no Kao

The Two Faces of Tomorrow 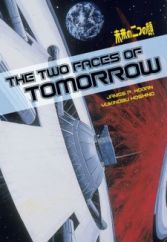 Mirai no Futatsu no Kao

Midway through the Twenty-first century, an integrated global computer network manages much of the world's affairs. A proposed major software upgrade—an artificial intelligence—will give the system an unprecedented degree of independent decision-making power, but serious questions are raised in regard to how much control can safely be given to a non-human intelligence. In order to more fully assess the system, a new space-station habitat—a world in miniature—is developed for deployment of the fully operational system, named Spartacus. This mini-world can then be "attacked" in a series of escalating tests to assess the system's responses and capabilities. If Spartacus gets out of hand, the system can be shut down and the station destroyed...unless Spartacus decides to take matters into its own hands and take the fight to Earth. (Source: Dark Horse) 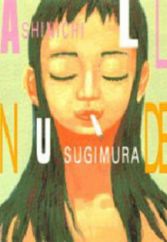 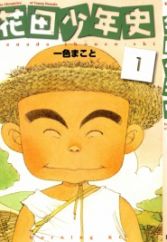 A little bumpkin kid by the name of Ichiro Hanada gets into all kinds of mischief until things take a turn for the nasty. Trying to escape the wrath of his enraged mother, he gets in an accident resulting in 9 stitches on the back of his head, and one little side-effect: a knack for the supernatural. Young Ichiro is now able to communicate with ghosts, who just can’t get off his back with all kinds of requests. (Source: Entropy) 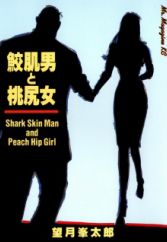 Toshiko Momojiri—an ordinary kind of girl—falls in love with Kuroo Samehada, a gangster who is on the run after stealing the mob's loot. Toshiko, too, is on the run from a weird uncle. This is the story of two fugitives who meet and fall in love amid violence and gunfire. (Source: Kodanclub)

The Life and Times of an Idiot Section Chief 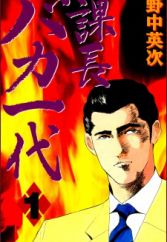 Ladies and Gentlemen, meet Yagami-san, the only section chief you would never want to work with, unless you like the kind of stupid guy who got where he is by a gigantic cosmic error in the arrangement of the stars on the recruitment day. 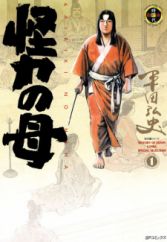 16th century. A story over two generations, about how a woman makes a man a man. 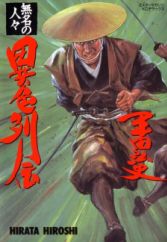 Mumei no Hitobito: Ishoku Retsuden is a compilation of short stories by Hiroshi Hirata that talks about the lives of real heros but whose names do not appear in history books. 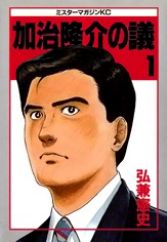 Kaji Ryusuke is a second son of a great politician. However, his father and Kaji's brother both pass away from a car accident. Now, those who supported Ryusuke's father want Ryusuke to carry on the family business as a politician. At first, Ryusuke tries to get out of the responsibility, but he eventually enters an election to become a politician. This manga will view Japanese politics from Kaji Ryusuke's viewpoint. (Source: MangaUpdates) 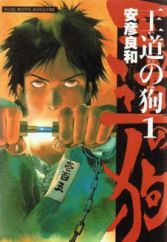 In a tale set in the middle of the Meiji era, Shusuke Kano is doing hard labor in Hokkaido, imprisoned for demonstrating against the government for freedom and democracy. He escapes from prison with another government opponent and pretends to be an Ainu, to hide his true identity. Later, Kano meets Sokaku Takeda, a martial arts master, and becomes his disciple. Adept in martial arts, Kano works as a bodyguard for the Korean revolutionist, Kim Okyon. Kano is angry that leading members of the Liberal Party were freed from jail quickly and now live comfortably, while more unfortunate participants of the liberal democratic movement are still in prison. He soon becomes a faithful follower of Kim, a serious revolutionary. Disheartened when Kim is assassinated in a plot between the Chinese and Korean governments, Kano goes into the trading business with a ship that Katsukaishu gives him. Meeting the Young Sunwen changes everything. He decides to put his energy and passion into the Chinese revolution; something he could not do with the liberal movement in Japan. (Source: KodanClub) 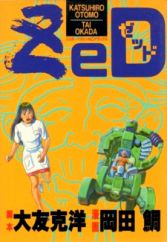 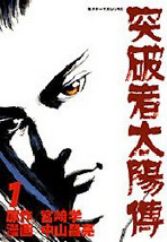 Based on Manabu Miyazaki's autobiographical novel Toppamono about his life in Japan's underworld. 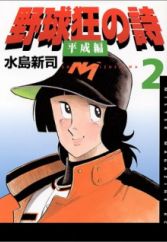 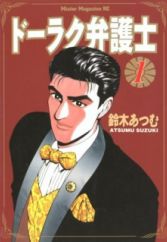 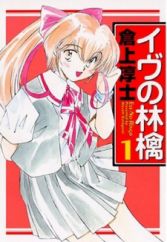 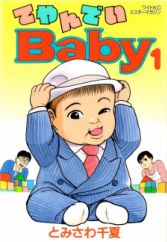 A yakuza named Harada tries to help a woman giving birth but dies on the process. When he opens his eyes, he learns that he is reincarnated into the newborn baby, and thus begin the problems for Harada and "his" parents.