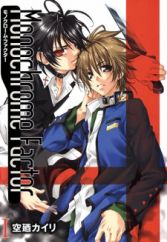 Akira Nikaidou is a typical slacker high school student who thinks he has a normal life until a mysterious man called Shirogane appears and tells him to meet him at the school that night. He is skeptical but goes anyway...and gets attacked by a shadow monster! Shirogane convinces him that the balance between the human world and the shadow world has been distorted, and that Akira must become a shin, a creature of the shadow world, in order to help restore the balance. (Source: Tokyopop) 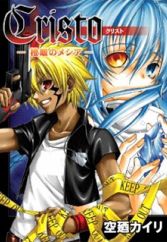 Towa became a sweeper admiring the legendary sweeper called, “Orange-Eyed Messiah”. The task of sweeper, which requires to “sweep” the monsters Adys is quite hazardous. On his first real attempt at fighting Adys, Towa encountered Kei, a former sweeper who saved him from being killed. Towa asked Kei to take him as a student. However, not only Kei plainly rejects Towa’s request, he tells Towa that he saw the “Orange-eyed Messiah” die!? An appearance by a mysterious man who seems to be connected to Kei showed up with a grudge from the past. Who is he and what is his relationship with the “Orange-Eyed Messiah”? Will Towa finds out about Kei’s past too? (Source: M-U) 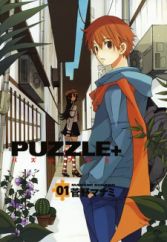 I heard a rumor... it's about a black box that contains all the weird and wonderful things in the world. There's nothing that the box can not do. It can grant you any wish in the world. Such a profound, mysterious story. Almost all rumors are basically like this, whether it's true or not, is not important. As long as the story is interesting, everything is fine. Thus, the story begins, with a high school boy, a black box, and a mysterious girl. (Source: Esthétique)

A Direction of the Day After Tomorrow 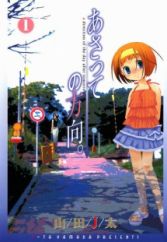 Asatte no Houkou. follows the lives of Karada Iokawa, a young girl who is set to join junior high school after summer is over, and Shouko Nogami, a young woman who has just returned from studying abroad, who also happens to be the former girlfriend of Karada's older brother. The day Shouko returns, she is dragged by Karada to the beach with her brother and a couple of their friends since she used to know Karada's brother Hiro several years before. After becoming irritated with Hiro for leaving her alone in the United States, she purposefully tells Karada that her ribbons are childish. This upset her greatly because she doesn't like to be treated as a child. Later that same day, Karada is found by Shouko praying at a shrine, wishing to become older. Amazingly, Karada's wish becomes true and she instantly transforms into a young woman. Incidentally, Shouko then has her adulthood taken away from her and she reverts back to about eleven years old. (Source: Wikipedia) 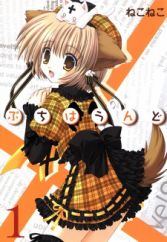 There are some days when it'd be better to just stay in bed... so says Kazuma, an apprentice demon-hunter, on the day when he finds a strange creature in the forest. It's not a bloodthirsty monster, but a young half-human, half-dog girl. Just what type of creature is she? And why does Kazuma sees her at his school right after escaping from the encounter? (Source: MU) 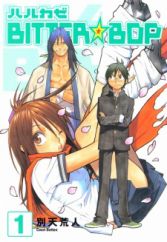 Chiyoharu used to be the leader of the troublemakers, until one day an innocent prank results in a major fire at the school. When his three cohorts take the blame and are expelled, Chiyoharu tries to go on with his mundane life, beating himself up with guilt. Then he meets the mysterious, muscle-man Souza of the North Wind and a ditzy self-proclaimed detective who are trying to solve the mystery behind Souza's amnesia...It's nonstop comedy and action from there! (Source: Tokyopop) 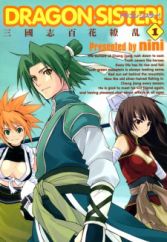 The classic Chinese tale of The Three Kingdoms—with all your favorite historical figures cast as cute girls! As the Han Dynasty collapses, two mighty warriors—Zhang Fei and Guan Yu—stand strong against the tide of rebellion. But because these fighters are female, their dreams of fighting in the Imperial army are nothing but dreams...until they find a patron and like-minded brother in Liu Bei, an idealistic descendant of royalty with dreams of his own. Forging a pact, the three form a volunteer army dedicated to restoring peace, which means first defeating three deceptively adorable sisters who oppose them, and who have their own, definitely cuter, plan for China's future... One thing's for sure—history's about to get a makeover! (Source: Tokyopop) 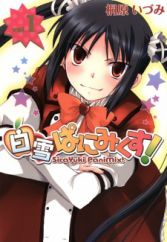 It's sort of a retelling of the story of Snow White, except that Snow White is a bit crazier and has magical powers. (Source: MU) 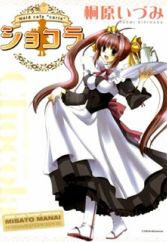 This is the story of the workers in the Maid Cafe Curio, based on the video game. The current shop manager, Daisuke, is a young man standing in for his newly remarried and traveling father. He must deal with all the quirky young ladies who work at the maid cafe, including his newest hire, the runaway rich girl Misato, who doesn't know the first thing about working at a maid cafe. Other workers include Daisuke's new stepsister Suzu, the aggressive floor chief Midori, the clumsy chef Sayaka, the absent-minded waitress Imako, and the academic-minded Kanako. (Source: MU) 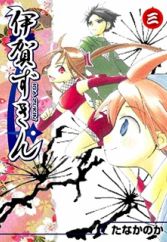 Meet Igazukin, the littlest ninja of the Iga clan! Though a student of the ninja arts, Igazukin would much rather pick flowers than pick up a throwing star, but her talent soon catches the attention of the dashing ninja, Kotaro Fuma. He comes to Igazukin with an ultimatum - join his band of ninjas or else! Can Igazukin fend off the thieves, bandits and rival ninjas that plague her training, or is she destined to wield nothing more deadly than a bouquet of flowers? (Source: ADV) 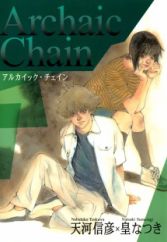 Magane seems like an ordinary boy until the day that he realizes that he can make a sword out of his own shadow. However, he must be careful about using the sword too often, or his shadow will swallow him. There are other people with this ability, and opposing them is a group of people marked with an ominous seal, who are able to wield swords of light. Will Magane be able to figure out what's going on, and use his power responsibly? (Source: MU) 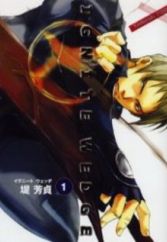 A century long war between between two Nations have finally come to a truce. After three years off peace, it seems another war will soon be inevitable. However, there are those certain few who can fight, not with guns, but with powers. What role could they have in all of this? (Source: MU) 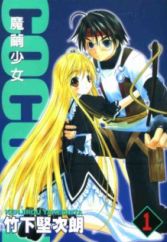 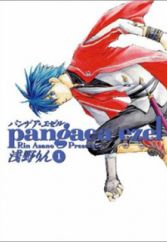