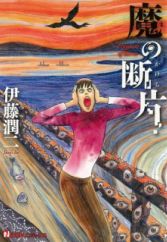 Futon After eloping, Madoka and Tomio should have been happy. But shortly afterwards, Tomio refuses to leave his futon. As he burrows in its folds, what sort of unseen horror is he hiding from? Mokuzou no Kai (Wooden Spirit) More than anything else, Megumi and her father are proud of their house's pedigree, as it has been recently honored as a national tangible cultural property. This renown draws the interest of architecture student Manami Kino, who ends up boarding alongside the father-daughter pair. As Manami becomes more ingrained in their lives, she reveals tell-tale signs of her love for the house. Tomio: Akai High-neck (Tomio・Red Turtleneck) Clad in a crimson turtleneck and clutching the sides of his head, Tomio begs for his ex-girlfriend Madoka's help. The enchanting fortune-teller who stole his heart now wants to steal another thing—Tomio's head. Lacerations wind around his neck, and the only thing keeping him whole is the waning strength of his hands. Yuruyaka na Wakare (Gentle Goodbye) Against his family's wishes, Makoto Tokura marries Riko. Soon, she learns of the family's special ritual. They have the ability to bring back the ghosts of the dead, calling them "afterimages." After a couple of decades, these afterimages will fade, but they grant family members the chance to say a gentle goodbye to loved ones. Riko hopes the family can bring back the afterimage of her father when he dies, but even after years, they still don't approve of her. What secret could they be hiding? Kaibou-chan (Dissection-chan) At Chuo Medical University, students prepare to dissect cadavers to study their anatomy. However, one group is in for a surprise when they unwrap their body bag to discover the woman inside is still alive! Ruriko Tamiya is a psychotic girl obsessed with being dissected. As a child, she would carve open small animals' stomachs while her unwilling accomplice Tatsuro Kamata would hold them down. Tatsuro was able to escape her influence, but now, eight years later, she begs him to open her stomach. What horrors lurk beneath her veneer of skin? Kuroi Tori (Blackbird) Crippled in the wilderness, Shiro Moriguchi survived for a month off the provisions in his backpack... or so he says. In truth, his survival depended on a mysterious bird-woman who fed him regurgitated raw meat. However, even Moriguchi's rescue can't save him from her far too "caring" tendencies, as she continues to force-feed him meat and organs of unknown origin. Nanakuse Magami (Magami Nanakuse) Magami Nanakuse is a talented author, whose stories focus on people with strange habits called "tics." Despite their obscure status, Magami's books are addicting. One such avid fan is Kaoru Koketsu. An aspiring novelist herself, Kaoru receives the chance of a lifetime when Magami invites Kaoru to visit. However, this visit doesn't turn out happy; Magami declares Kaoru a "tic faker," ranting on the poor girl. After drinking together, their conversation leads Magami to see a spark of potential in Kaoru—the ultimate tic. Mimikosuru Onna (Whispering Woman) Mayumi Santo only knows how to live by taking orders. Should she sit, and if so, how should she sit? Does she lower her bottom first, or does she bend her knees first? Every one of Mayumi's actions requires strict direction for her to feel sane. Though her father Shigeki loves her, he is at wits' end as every caretaker eventually quits. His saving grace comes in the form of Mitsu Uchida, a beautiful young lady who offers to become the next caretaker. Despite Shigeki's initial misgivings, Mitsu proves to be more adept than any before her. Still, the mystery remains—just who is Mitsu Uchida, and for what reasons does she go to such lengths to care for Mayumi? [Written by MAL Rewrite] 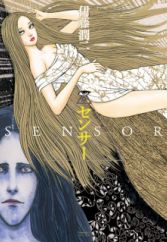 Kyoko Byakuya walks alone at the foot of Mount Sengoku, mysteriously drawn to the place. She notices something odd about the area: the volcanic hair bears a gold appearance, uncommon in Japan. Kyoko soon runs into a strange man named Aizawa, who proclaims he has been expecting her. Aizawa takes Kyoko to his village called Kiyokami, bathed in the same bright gold as the volcanic hair. There, she learns that the hair is known as "Amagami," and it gives them the strange ability to sense the minds of fellow villagers. As Kyoko prepares to leave, the residents invite her to their routine stargazing. However, the ceremony is interrupted when thousands of flying objects cover the sky, and the villagers are suddenly struck with a tormenting vision of jet-black hair—eerily contrasting the comforting gold. In the morning, it is announced that Mount Sengoku has erupted. The rescue team discovers Kyoko in the debris, now sporting the golden hair coloring of the Amagami. Now, with the unusual phenomenon and the dark visions that the village has seen in deep space, an unknown terror threatens to be unleashed. Kyoko must save the world before the cosmic nightmare wreaks havoc on humanity. [Written by MAL Rewrite] 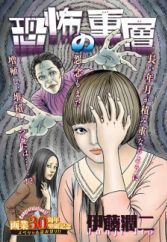 A one-shot about a strange curse visited on a family after an archaeological dig. 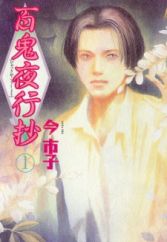 Ritsu inherited his sixth sense from his grandfather, along with a demon guardian named Blue Storm. Strange things just seem to happen around these two, and it's left to them to get to the bottom of all these mysterious events. Each story is independent but features recurring characters you'll come to know and appreciate as they, each in their own way, try to deal with things 'not of this world'. (Source: MU) 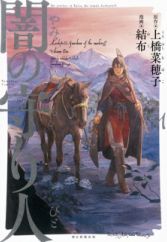 Balsa returns to the country of Kanbal where she was born to face her tragic past. But consequences of that past, and the secret that lies buried under the mountains, make her task a difficult one. 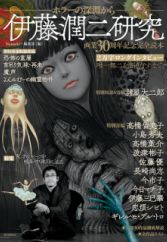 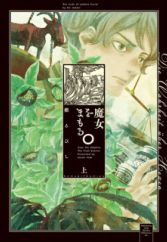 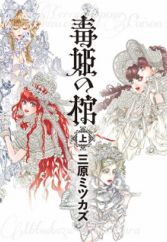 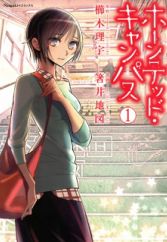 The story follows Mototsu Yagami, a college student who can see ghosts but doesn't want to. In college, he meets Koyomi Nada, who was his junior in high school. Out of unrequited love for her, he follows her into the "occult research society," which is full of eccentrics who fill their campus life with the occult. (Source: ANN) 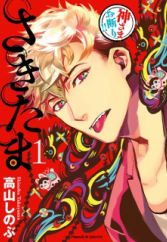 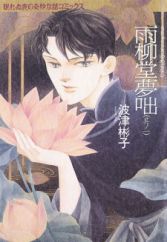 The Rain and Willow shop is an antique store that is owned by a certain elderly man whose grandson assists him with the management. The grandfather is a man of business, while the grandson is a calm, quiet boy with soft unfocused eyes who has the ability to see things that are "not of this world". 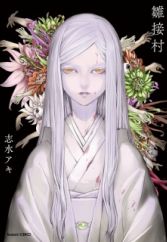