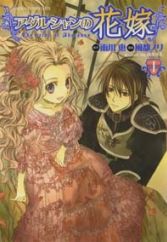 The small country of Adarshan was conquered by the Castoria Empire. To tie the alliance between the two countries, the victorious shogun, Alexid Deke Adars, was forced into a political marriage with Castoria's sixth imperial princess, Justinia. But she's only 10 years old...! (Source: Aerandria)

Code Geass: Suzaku of the Counterattack 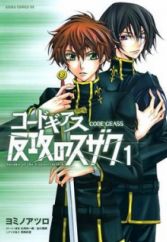 Suzaku Kururugi, a Britannian soldier, is shot for disobeying an order to execute his friend and accused terrorist, Lelouch Lamperouge. Fortunately, he survives the attempted execution, finding himself in the Empire's research division when he comes to. It turns out that Suzaku has been chosen as the primary test candidate for the Lancelot, a powerful new combat mech that exponentially increases its user's physical prowess. Presented with a chance to change the world for the better, he agrees to become the first pilot of the Lancelot. Code Geass: Hankou no Suzaku follows one young man's desperate struggle to protect those dearest to him and defeat Britannia's greatest threat to peace: the cunning, self-proclaimed vigilante Zero. [Written by MAL Rewrite]

The Story of Saiunkoku 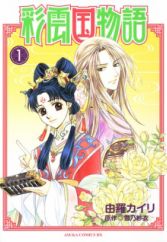 The story, which takes place in the fictional medieval empire of Saiunkoku, follows the adventures of Shuurei Kou, a descendant of a noble family that has fallen on hard times. Her father serves as librarian in the Imperial palace, a post which offers prestige and respect but little compensation. Shuurei teaches in the temple school and works odd jobs to make ends meet, but her dream is to pass the imperial examinations and take a post in government, a path forbidden to women. Shuurei's plans come to an abrupt halt when the Emperor's Grand Advisor makes a startling offer: join the imperial household for six months as the young Emperor's consort, and teach the Emperor to be a responsible ruler. If she succeeds, the financial reward will be great. The story details Shuurei's growing relationships with the Emperor and other members of the court, the intrigues that surround imperial politics, and Shuurei's commitment to better herself and her country. (Source: Wikipedia) 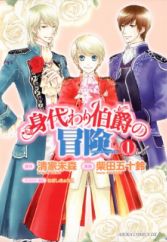 Mireille is the daughter of a bakery owner and her twin brother Fredrick was adopted into another family when they were kids but they remained in contact with each other by sending letters to each other. One day a letter from her brother said he was in love with another man's woman. She replied, provoking him to be a man and claim the woman as his. Two months later, a beautiful young man named Richard, claiming to be a messenger from her twin brother Fred, visits and tells her "I've come for you." When the bewildered Mireille resists, he proceeds to kidnap her! She learns that Fred has run and eloped with the crown prince's fiance and now, it is now her responsibility to impersonate Fred who was the former Count of Bernhardt! 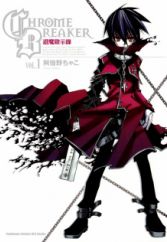 It is said that the Virgin Mary, the messenger and the hope of the Roman Catholic Church, will reincarnate as a girl with "cross stigmata." Nagisa Akira bears a cross-shaped mark on her chest, but as far as she is aware, she possesses no holy powers. Rather than being treated like a reborn saint, she wants to be nothing more than a normal schoolgirl. Akira was orphaned eight years ago and came under the protection of the church, "Bethlehem," in Japan. When her whereabouts become known to the Vatican, they send an elite team from their private army, the Crimson Cross, to act as her bodyguards. Among them is Chrome Takagi, codenamed "Crimson," who is a prodigy extraordinarily capable of dealing with demonic powers. At the same time that the Vatican takes notice of Akira, she also attracts the Tiamat Financial Group's interest. Supposedly, Tiamat is controlled by demons, particularly nine immensely powerful "Numbers." Tiamat immediately comes after Akira, but their leader, Cyus, seems strangely more fixated on Chrome than on her. [Written by MAL Rewrite] 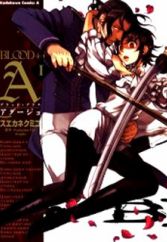 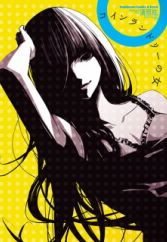 A comedy manga following the escapades of Maoko, a strange girl who lives in a laundromat, prone to scaring customers by jumping out on them from the dryer. Each chapter follows Maoko and a variety of other characters who frequent her laundromat, and often revolve around an aspect of life, from Christmas to job hunting to getting a pet and more. 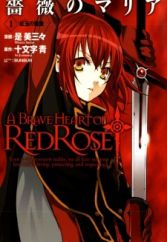 Maria Rose, a BOY always mistaken as a girl, is burdened with debt after a strange event, and his sword, "Fake Consuming Inferno" is confiscated. At that time, Katari, a member of his clan, got a hold of some profitable information, but to obtain it, they have to go to an "Underground Raid," but things aren't as easy as it seems... This is the story of love, friendship, and adventure of the beautiful "Cracker," Maria Rose. (Source: Iskultrip Scans, Manga Abyss) 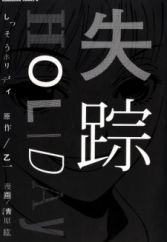 Ever since her mother passed away, Nao Sugawara feels like she does not belong in her affluent stepfather's life. She shares no blood relation to him and lives in a constant state of anxiety that she will be sent away one day. Adding to the growing tensions is Kyouko—her stepfather's new wife—whom Nao detests with a burning passion. Desiring vengeance, Nao hatches a plan to fake her own kidnapping in order to oust Kyouko from her life. However, couch surfing at her friends' houses proves fruitless, and Nao returns home to check if anyone noticed her absence. Angered that life seemed to continue on without her, the middle school student decides to drag Kuniko Kusonoki—a clumsy maid of the Sugawara residence—into her elaborate scheme. With a bit of coercion, Kuniko allows Nao to stay in her tiny room while they fabricate their soon-to-be complicated web of lies: all for the sake of revenge. [Written by MAL Rewrite] 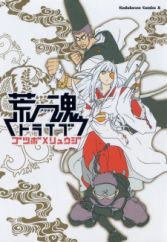 The world is becoming warped and overrun by demons. Standing against this tide are the natural enemy of the demons, the 'Onmyoukidou'. Abe is a hard-working, good-natured onmyoukidou of the under-staffed second division defense against the demons. He's relieved to hear that new staff have been assigned to his team, but less so when he meets the rude and violent Yomi and her silent ninja-like partner. Together they must find a way to defend the city from the demons, and to show up the vastly more popular and highly supported first division team. (Source: MU) 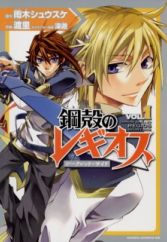 In this school fantasy story set in the distant future, creatures contaminated by pollution have overtaken the land, forcing humanity to live in isolated mobile cities called Regios. One such city named Zuellni is a self-contained school in which freshman Layfon Alseif has just enrolled. Layfon reluctantly joins the 17th Martial Arts Studies Unit led by the third-year student Nina Antalk and embarks on a series of adventures. The story is a reorganized version of the original novel. Layfon is the main character. 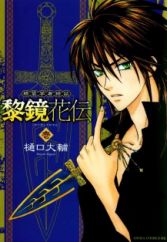 Yuika Aoi has a recurring nightmare in which she isn’t able to save a mysterious, green-eyed man called Rei. Her elderly grandmother, who was born in the Taisho era, lives very traditionally, and at times seems to have magical powers. Apart from all this, she is a normal high school girl until she falls off a roof and into the Taisho era, in the middle of a battle between Rei and a fairy. Will she be able to save him this time? (Source: Doko Demo Doa Manga Scanlations) 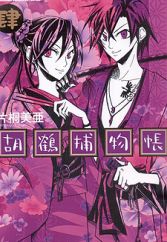 This story is set in (maybe) the Edo period. Kokaku, a samurai usually found wearing a gaudy kimono without a hakama, is a member of a clan. Though lazy, he mercilessly punishes bad guys. This is an action-packed story about a hero who sneaks into gambling parlors and brothels and beats up thugs and bullies. (Source: Jmanga) 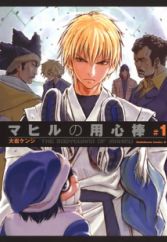 Mahiru goes in search of her sister who has been missing for 2 years now and meets Yukito claiming to be a bodyguard and her proxy. He warns her that her sister is probably involved in something dangerous, but she can't give up. This choice forever changes her. (Source: MU) 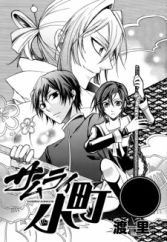 Apparently when you cross the ghost of a long-dead samurai with an age-old grudge against the legendary swordsman Musashi, you end up with a very confused teenage girl. Let the fight begin! (Source: MU) 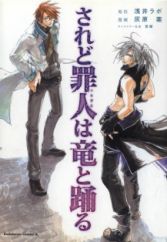 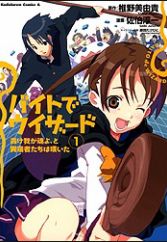 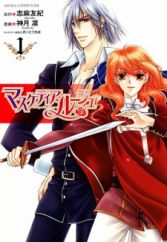 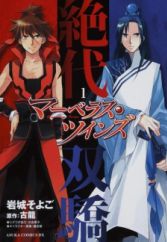