Offline
Mar 2022
4433
Oh no I wanted to comment on one of my favorite actresses Alice Hirose's page... She got a nice voice acting role in the movie bubble..

She is such a great comedian and she can pull off those funny anime faces in live actions..

Offline
Apr 2018
64
Uh... Not really like this decision but could see it coming. Hope there's solution to this.

Now that I think about it. Why not try implement RSS feed for every profile comment? That way everyone (especially mods) can see what's being post in every profile without need to check individually.
#56
nachomaxo1

Offline
Dec 2021
442
Oh no, now people won't be able to say the spicy funny thing in relation to such popular Japanese figures, like Hitler and Anne Frank.
#58
Junelovesanime
Offline
Feb 2015
565
So all of us need to suffer just because you guys don't have the manpower to maintain moderation ?
#59
SouthernmostIsle

Offline
Aug 2022
366
MadanielFL said:
Sad that comments for people have been closed, but I hope it comes back some day.

Now the company page edits I really appreciate, cause there has been a bunch of companies that I added to the DB but they don't have a picture. 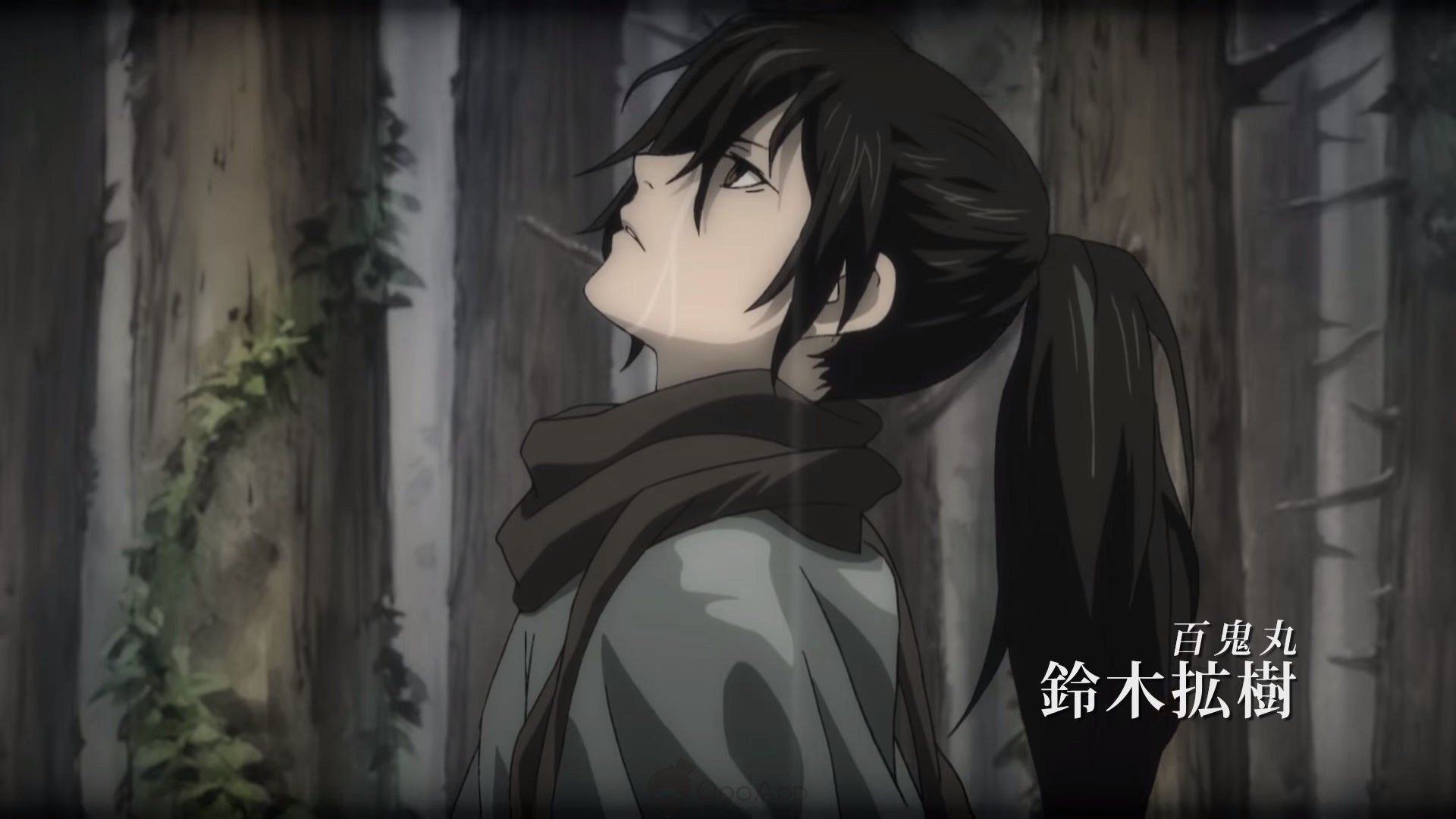 Offline
May 2021
1087
Noooo! Now I can't see people talking about underrated mangaka and voice actors! I want them back!
#62
mhkr

Offline
Jun 2017
3114
any suggestions? well you guys said you will have "Character database" moderators soon last year here: (timestamp: 12:09)
why not announcing that the comments of people can't be moderated with the current staff and you need help and add some "People Database" moderators sooner? Or even now it's not too late just do
St0rmblade said:
Alternatively you could've closed the comments *without* deleting the previous ones, leaving them for archival purposes. Just no addition of new ones.
this and the comments are closed until you will have the staff you want, then open them again and even if that's too hard, something is better than nothing, first apply the staff for these comments and then open the comments for people from new, at least the news and informative comments gets back that you can't easily get them from clubs and who bothers to check thousands of clubs but comments are just under people's main page
#63
rainbowism

Offline
Sep 2011
58
rip people comments, through gureishi yako's page i found out they got sick and thats the whole reason somali got axed F.
#64
El-Melloi

Offline
May 2015
447
Linking clubs to People entries seems like a good idea, as long as the update doesn't take 3 years to get implemented.
#65
AwokenStroken

Offline
Apr 2012
12945
I think it makes some sense. Because people often mistakenly thought that these were official personal pages or just being a shitposter.
#67
sillyfang
Offline
Dec 2017
12
mal gets worse and worse by the day, and we're finally at the point where you just blatantly say "you can't have this literally basic feature because we can't be bothered moderating it."
just so you know guys, seeing a fleeing argument or a lone spanish comment in people section sometimes, has never ruined the website experience for anyone, but your shitty updates do.

It is funny that every single update is met with mostly negative feedback and nothing changes. Every thread in the "Suggestions" subforum is ignored. Not a single bug or issue with the site I've reported has ever been fixed. On the MAL discord, negative emoji reactions on official MAL announcements are removed on sight (it is pathetic, some moderator babysits MAL announcements after they are made and removes negative emoji reactions one by one, I've seen it happen). Are negative emoji reactions on discord "insults and abuse"? How about at least adding a dark mode for website users? It is not like people have been asking this for literally a decade and it takes a competent person who knows CSS one week at most to make and a competent programmer one week at most to add a toggle somewhere in the settings.

Sad, but I am not that surprised. Every single update this site had this last year was either bad or irrelevant. MAL staff decided to add more review reactions, but not a single negative emoji. I guess you can't dislike something, only be "confused". Why not add a "confused" button to people's pages, that ought to quench people's desires to write "insults and abuse". While at it, remove ratings from 1 to 6 from anime and manga scores, as they are hate speech against the creators who worked on it. The score system should be 10, 9, 8, 7, "confused".

I hope expressing frustration using sarcasm is not NSFM, because it is certainly not "content without any purpose, coherency or relevance whatsoever" if you know how to interpret it.
+1 this.

Offline
Dec 2021
442
RobertBobert said:
I think it makes some sense. Because people often mistakenly thought that these were official personal pages or just being a shitposter.
Shitposting is like a quarter of the purpose of this website, though.
#73
RobertBobert

Offline
Apr 2012
12945
Daviljoe193 said:
RobertBobert said:
I think it makes some sense. Because people often mistakenly thought that these were official personal pages or just being a shitposter.
Shitposting is like a quarter of the purpose of this website, though.

Depends on a person. For me personally, this is annoying, especially when the author does not understand that I do not find it interesting.

Offline
Feb 2015
1090
I wonder how many of these rule-breaking comments were found on pages that were asking for it like Hitler, Marx, mangaka of Samurai X, etc. They could have locked those pages.
#75
removed-user
Offline
Jul 2018
570662
Lmao, you've just lost me. I quit this website for good.
#76
newwavebossanova
Offline
May 2016
12
now how are people going to know who designed the third Angel in the rebuilds?
#77
Bunille

Offline
Oct 2017
3757
Even the joke comments were an appreciation for the person 99% of the time. I don't see how it severely impacted anything unless there was a controversial period. To remove every single comment on the database just because of a few silly people seems farfetched.
#78
DanilloMartins

Online
Mar 2015
20135
They could disable the comments only on the most troublesome profiles, but we have to live with another stupid decision.
#79
daedalus11

Offline
Jun 2019
5287
I'm not happy with the change but I can understand the reason as well. Hoping for a better alternative. Please... something similar to the older version but with more positives and fewer negatives.
#81
ACasualViewer
Review Moderator

Offline
Dec 2017
24537
This was a pretty silly idea honestly, if you ask me the resources should have went to improving mod tools to help clean up the wacky comments than burn it down. C.E closing i can understand and 100 percent agree with, but this this is just silly.
#83
Meusnier

Offline
Jun 2019
5164
Too many words to say: "we had enough of the comments on Adolf Hitler's page." You could have just closed this page and the ones of many other "controversial"—oh, by the way, could you please fix the "inclusive" (i.e. crypto-conspiracist if not vague) biography of this guy? He is not just "commonly associated with [...] the Holocaust," but the main responsible of the Shoah—figures that should not even be here. After all, the previous design change of favourite lists on profiles was just made to hide all those 11,000 moustached faces.

I had never seen any serious abuses on the pages of voice actors.

P.S. I will miss the comments on Proust's page! Something like: "This is the face the greatest writer of the 20th century would make." Some people sometimes said "second greatest writer," but I assume that they were joking.


#84
doodadoos
Offline
Jun 2016
11
Jaikeis said:
Pouring one out for my favorite comments page on the site 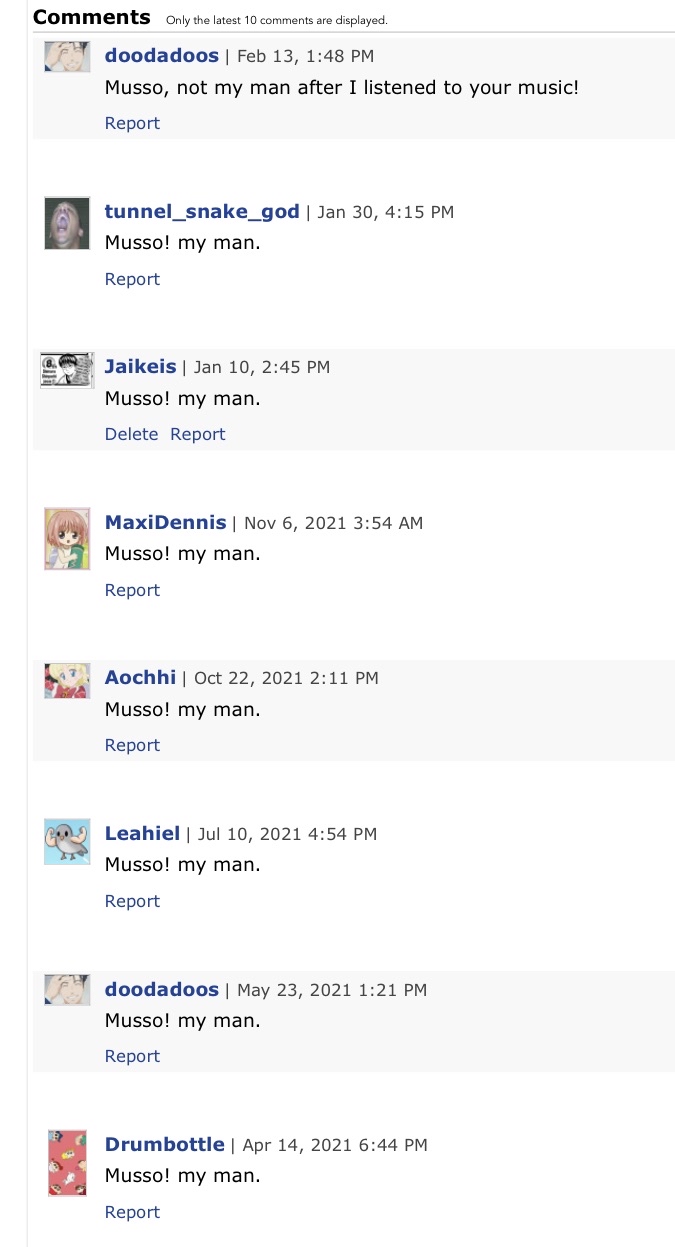 Offline
Oct 2013
204
Removing people comment sections is a pretty disappointing change. Not only where pretty amusing to look at, but they were also informative.

Offline
Feb 2014
679
holy shit mods even removed my reply on this thread lmao how sad can you be I literally just said "truly 1984" as a joke reply to the comment about Kano's page. What rules did I break lol? It's been like this the entire year with a lot of my posts

just how many ppl's harmless comments are you removing? you guys clearly have enough nerds to pull triggers here, how can you not have enough for people pages? this is bullshit
#87
tappdancing786

Offline
Nov 2019
847
Not a fan of all the recent changes, but this one really shoots mal in the foot

Majority of the time the comments are civil on those pages, and if anything they were handy with helping to find out other projects the seiyuus do

If anything, as some have said so far, controversial people should go (i.e. Hitler) instead
tappdancing786Oct 10, 3:45 PM
#88
Yubisoft

Offline
May 2021
220
I think this is a really important update. As someone who often reported people's comments on person's comments(most of the time from bots) I can actually see what the problem is. 90% of the people who complain here in this thread rarely went to person's page or they went to famous people where everyone could see if someone broken the rules. BUT the problem was with person's pages that people are not very interested to visit such as doujinshi authors and light novel or manga author that weren't popular. People think that comments that have broken rules believe that are only hate comments but no, there were countless comments sharing links of illegal gambling sites, porn dating sites, I have seen some bots sharing emails (possible attempt to groom). And the even bigger problem is that there many people who aren't as careful like me to not click on sites and enter their personal information and get their IP stolen or their life credit card information etc. It's not like Mal admins don't want to find an alternative option for the comments so I don't know why people act like this but until then I think they should remain closed.
YubisoftOct 10, 4:16 PM
#89
morenosendpie

Offline
Aug 2018
2118
Pretty unlikable move, could’ve found other ways to fight this problem
#92
removed-user
Offline
Jul 2018
570662
You all just find a way to make this website more uninhabitable. How should we express grief if a person died or how do we show our gratitude to certain people? Just a few comments from new accounts hurts you all.
#93
Timz0r

Offline
Aug 2018
1023
Don'ty like this change regarding the People comment section. You could always advert hiring new moderators you know. But noo, MAL being MAL as usual. One step forward, two steps back. Rather be lazy and opt for the full blown cencorship dicatorship just because a few losers that have nothing better to do.
#94
Mr_Srijan

Offline
Jun 2020
1616
Wtf? I just noticed the comment section under people is no more. Things like that is why I use MAL and nothing else coz it has lively forums and comment section. Just coz you couldn't moderate some stupid comments, you decided to ban the entire section ? I don't even open the club forums (and honestly don't even know how it works). You should bring the comments back
#95
AnimeboyAnubhab

Offline
Dec 2016
79
Genocyber said:
holy shit mods even removed my reply on this thread lmao how sad can you be I literally just said "truly 1984" as a joke reply to the comment about Kano's page. What rules did I break lol? It's been like this the entire year with a lot of my posts

just how many ppl's harmless comments are you removing? you guys clearly have enough nerds to pull triggers here, how can you not have enough for people pages? this is bullshit

im so appalled they r so pathetic
#99
Genocyber