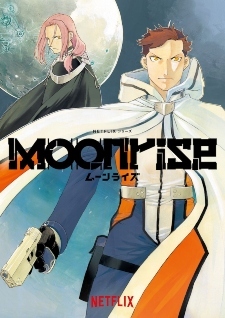 A prologue novel written by Ubukata was released on Amazon in December 2018.

The main character, Jack, who was involved in bombing terrorism, was robbed of his family one day by the Moon Rebels, who were plotting to liberate him from Earth. Jack, sworn to vengeance, decided to travel to the moon with his friends as an earth army investigator.

Offline
Sep 2020
3455
This looks different from what I expected but I am excited to watch this anyway.
#5
oGian

Offline
Feb 2017
2625
Looks great as expected from Wit's production. Can't wait to watch it but looks like it will take a while.
#10
doily

Online
Oct 2018
1482
Looks significantly worse than any recent Wit production, especially the textures on that mountainous wall are just ugly. But good to see Koizuka back on something atleast, it's been a while. Seeing the train just made me want to watch Kabaneri again, god that anime looked so beautiful.

Offline
Mar 2013
7073
I hate that this is so far away, but still I'm very interested in seeing it after watching that PV
#14
this_shit_again

I actually had this on my plan to watch list thinking it would be a more qualitative work..

Offline
Aug 2010
2345
I wanna believe, but Netflix stuff tends to be forgettable.
See All Discussions