Hide AdsLoginSign Up
Send us your hidden gems of 2022 for "You Should Read this Manga!"  ( •̀ᴗ•́ ) ♡
Forum Settings
Forums
Top
>
Forum
>
News Discussion
>
'One Punch-Man' Gets Third Ani...
RecentWatchedIgnoredSearch Forum

'One Punch-Man' Gets Third Anime Season 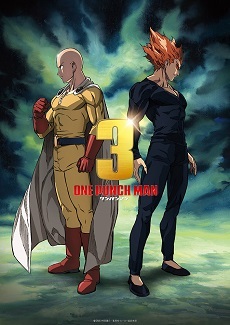 The official website of the television anime adaptation of ONE and Yusuke Murata's One Punch-Man (One-Punch Man) manga announced a third season on Thursday, revealing a teaser visual (pictured).

ONE originally launched One Punch-Man as a webcomic in July 2009. Murata (Eyeshield 21) began redrawing the action superhero manga on the Tonari no Young Jump website in June 2012. Shueisha published the 26th volume on June 8. One Punch-Man has a cumulative 26 million copies of its compiled volumes in circulation.

Madhouse adapted the manga into a 12-episode television anime in Fall 2015. Daisuki, Hulu, and VIZ Media's Neon Alley platform streamed the anime with subtitles as it aired in Japan. Adult Swim's Toonami programming block debuted the show with an English dub in July 2016. VIZ Media released the anime series on home video in North America in April 2017.

VIZ Media originally serialized One Punch-Man in English in its Shounen Jump Alpha digital anthology in January 2013 and currently simulpublishes the manga on its new Shounen Jump platform with the Japanese release. The 23rd volume shipped last October, with the 24th volume planned for a November 1 release. The manga has also been published in multiple foreign languages.

Synopsis
After rigorously training for three years, the ordinary Saitama has gained immense strength which allows him to take out anyone and anything with just one punch. He decides to put his new skill to good use by becoming a hero. However, he quickly becomes bored with easily defeating monsters, and wants someone to give him a challenge to bring back the spark of being a hero.

Upon bearing witness to Saitama's amazing power, Genos, a cyborg, is determined to become Saitama's apprentice. During this time, Saitama realizes he is neither getting the recognition that he deserves nor known by the people due to him not being a part of the Hero Association. Wanting to boost his reputation, Saitama decides to have Genos register with him, in exchange for taking him in as a pupil. Together, the two begin working their way up toward becoming true heroes, hoping to find strong enemies and earn respect in the process. [Written by MAL Rewrite]

One Punch Man 3 on MAL

Offline
May 2020
7666
Again the unimaginable, people thought we won't live to see this day and look here we are.

Offline
Jun 2014
5947
It's about fucking time. I'm almost caught up on the manga and man the upcoming events are CRAZY.

It would need to have season 1's staff back to capture even half the magic of the manga's art, but I'm just hoping it isn't JC Staff again. Watch it be fuckin MAPPA 💀💀💀

Offline
Jul 2015
69
JC Staff on their way to ruin this adaptation as well.
#9
AniMarter

I still have to watch S1, maybe now is the time.

I still have to watch S1, maybe now is the time.

It's not confirmed yet, but I heard a rumor that it might be Studio Bones will be handling Season 3.
#15
Oddish


🤔
#18
heartless08
Offline
Jan 2013
1
JC Staff can't capture the awesomeness of the remaining chapters. That Tatsumaki vs. Psykos has to be done by Madhouse again, otherwise idc. Judging it by this poster, it's S2 staff...
#19
christian2637
Offline
Jan 2020
3
Saitama in this looks a little like Asta ngl.
#20
Magito

Offline
Apr 2011
6705
I saw 3rd season announcement before but it wasn't confirmed, but that its really confirmed I am happy to see this.

And based on the visual, its the Garou arc. And what good timing it was the arc was just finished.

I hope whoever studio animates it will do a good or a great job.
#21
Badrkate
Offline
Jun 2019
6
From Visual key i can hope that the studio change from J.C.Staff to another, for my opinion bones or MAPPA
#22
_cjessop19_

Offline
Nov 2018
4623
I pray that we get someone like Bones and/or Mappa to animate this, we need amazing animation for the upcoming fights. Bones has already finished animating MP100 as well, Mappa can overwork their animators further
#23
EXCALIBUR_843

Offline
Sep 2020
2684
SilverX7 said:
@AniMarter bro, u serious?
they really didnt do that bad tbh lol
#26
deg
Offline
Jan 2009
82829
rumors says its not JC Staff anymore so inb4 MAPPA lol and it might be them because of the gloomy visual style
#27
DustPotato
Offline
Jan 2012
21
I personally didn't mind season 2 being animated by JC Staff, but I hope Bones gets ahold of it, because they've been doing a good job with Mob Psycho 100, which is another work by ONE
#28
Rinrinka

Good to hear and looking forward to it ^.^ 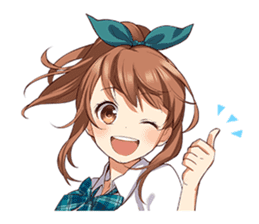 Offline
Apr 2021
616
deg said:
rumors says its not JC Staff anymore so inb4 MAPPA lol and it might be them because of the gloomy visual style

This visual was made by the character designer as both seasons. So you can't really guess the studio just based off this.

#33
deg
Offline
Jan 2009
82829
Oongbuh said:
deg said:
rumors says its not JC Staff anymore so inb4 MAPPA lol and it might be them because of the gloomy visual style

This visual was made by the character designer as both seasons. So you can't really guess the studio just based off this.

Offline
Oct 2014
181
Show is so good I'll watch it regardless, but God damn I'd love to see Madhouse back on this.
#45
snowis_cold
Offline
May 2020
19
theassholeofmal said:
It's probably gonna be jc staff again.
it's already confirmed that it will not be JC staff, the studio is still unknown for S3
#46
shibusa

Offline
Sep 2019
17
now i can only pray for a good studio to animated this
#47
Mattinator95
Offline
Jan 2018
4306
if madhouse does it again there is no guarantee that will be like S1 given that staff that was involved.
#48
-FALSE

Offline
Jan 2022
461
Hype news, but celebrating before info on the studio is revealed would be foolish. I'm hoping Bones picks this up, since MAPPA already has too much on their plate. Regardless, re-adapting S2 before an S3 would've been ideal.
#49
Icebreaker93