What did you think of this chapter?
5Loved it!
4Liked it!
3It was OK
2Disliked it
1Hated it
View results
DO NOT discuss the source material beyond this chapter. If you want to discuss future events, please use separate threads.
DO NOT ask where to read/download this chapter or give links to copyrighted, non-fair use material.
DO NOT troll/bait/harass/abuse other users for liking or disliking the series/characters.
DO read the Manga Discussion Rules and Site & Forum Guidelines.
#1
Kuma

Kamo, Momo, Ui Ui, Maki...so many people are back. Hopefully we will see Inumaki and Todo too. There's Miwa too. In Sendai.

So now we jumped to 14th November. A 2 day timeskip huh.

That curse at the end looks pretty cool. And it can speak too.

Offline
Jul 2021
6130
Panda turned into a Mini Panda is so adorable my eyes went like >_< is Panda ever going to enlarge his body? I can’t stand his cuteness at all. Hajime went out from underwater and look at him go feeling victorious and Hajime is now his punching bag at this point lol. I’m glad Hakari won the fight and Hajime got KO’ed because he was out of CE. Well it’s a one-time technique and he wanted to save it for Sukuna, and the fact they’re teaming now is lowkey terrifying :S my boy Charles is back just to get bullied by Hakari lol and a Kogane is on the way to announce some point transfer between sorcerers.

Glad to see Momo back to explaining 4 rules added to the culling game I suppose, Yuji did 1, Yuta will add 2, and Hakari will add 1, that’s 4 rules in total and the next rule would be obvious, or may seem ambiguous to some but I think they’ll do a rule for communication between barriers, Yuta mentioned that one being before entry and exist they want to make sure the especially dangerous sorcerers are dealt with before unleashing them into the whole country. That could also allow for the people across colonies to meet up, Yuta to meet up with Hakari’s group, Yuji to find out Megumi is in trouble, and more. Yeah can tell this Culling Game arc (by the overall) is gonna be longer than Shibuya no doubt from this point. I felt iffy when Maki is here but can’t wait for her to do her own part against this creature she has to deal with, and what did Gege do to Noritoshi’s hairstyle WHAT HAPPENED TO HIS LONG HAIR 😭😭😭 but maybe it’s because he was discarded by his own family so that’s why he wants to change, good for him though.
#4
Clas1ck

It's a joy to see Maki again, that panel was spectacular

And that curse at the end... Can't wait for the next chapter
#5
thebrentinator24

Offline
Jun 2014
5931
So it ended in a stalemate, I'm just glad Hakari didn't die. Looks like Panda is ok too thankfully.

LETS GOOO MAKI THE GOAT IS BACK
#6
Softhenic03

Offline
May 2020
7609
Yeah as if author wanted to make anyone die, prolonged the fight for no good reason.

Atleast Maki's back, so that's something to look forward too.
#7
MrCreepyAvss

Offline
Aug 2020
22
ok, I guess we will get a kashimo cover next, then finally a maki one
#8
deg
Offline
Jan 2009
82757
Kashimo is cool so im glad he is with the good guys for now and he can only use his domain expansion once eh what a bummer of power that is 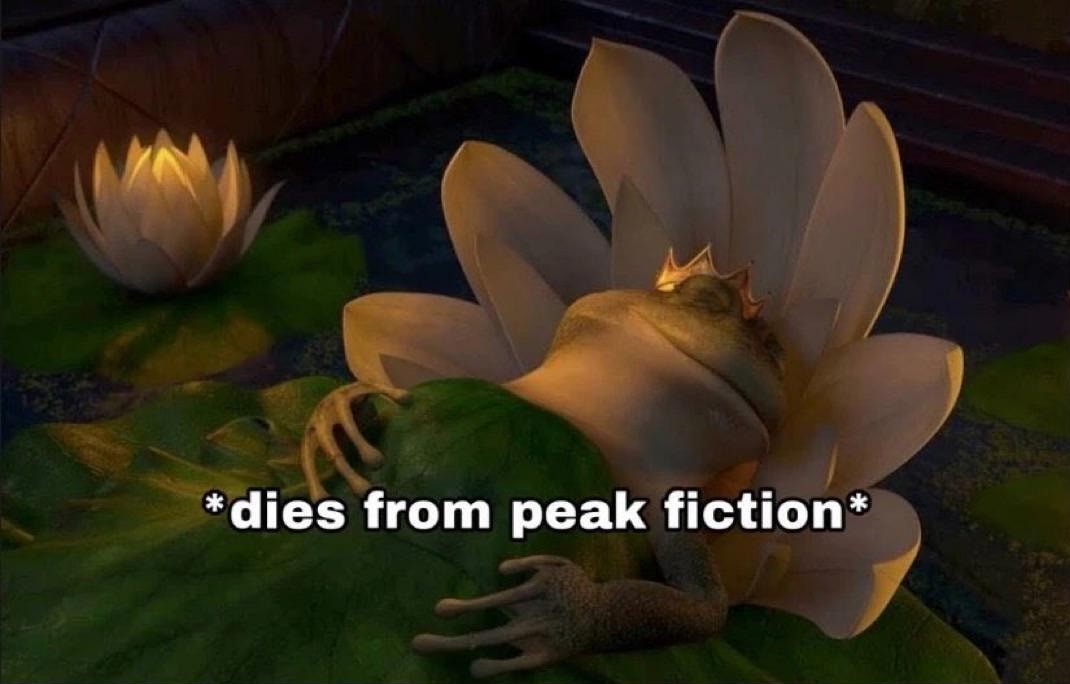 Offline
Mar 2021
1031
Kashimo's technique can only be activated once, so I bet my ass it's gonna be hype as fuck when he inevitably uses it vs Sukuna

Offline
May 2021
2641
The ending is not that bad because both of them are important character atleast for now.From next chapter I think Maki is the main focus.
#15
KneelBeforeMe I knew neither of Kashimo and Hakari going to die, and I'm glad neither did. So Hakari will get back his arm? TBD. Maki just made this chapter an instant 5/5 for me, she's looking so good. That curse at the end sounds like bad news! What if... that curse is the vengeful spirit of Naoya going for Maki?!

Offline
Jan 2021
132
thebrentinator24 said:
So it ended in a stalemate, I'm just glad Hakari didn't die. Looks like Panda is ok too thankfully.

LETS GOOO MAKI THE GOAT IS BACK

Hakari won, Kashimo literally told him to kill him because he lost.
#18
UndercoverGenius

Maki is back and she's super goated.

Turns out that Kashimo has an innate technique that allows him to only use it once, I think that may be a binding vow that comes along with it because its super powerful. Now we know that special properties are super strong because they have the ability to function like a cursed technique at the same level of power.

Also Hakari won, I'm happy that he did and I'm surprised he was so humble about beating him.
#19
Lary-sama
Offline
Nov 2011
15
God bless my girl Maki.
Also kinda glad Kashimo is not dead. Despite being an enemy, I took a liking to him.

Offline
Apr 2018
4913
Hakari slapping the shit out of Kashimo outta nowhere is always so satisfying. It's a bit anticlimatic but I can live with it. Hakari's just an incredible character who has played a big role in the culling game so far. Mini Panda got me rolling on the ground. Hopefully he stays so and doesn't upgrade his body. Hakari made a deal with Kashimo, his only goal is to fight Sukana so why not team up and let him do it? Well, Panda has to deal with him after Hakari left him alone. Poor guy, imagine staying with the person who almost killed you.
We got some information on Maki. After murdering her whole clan, she's going to enter the culling games together with that one dude. My jaw dropped with that huge doublespread panel. Forgot to mention that they've told us the rules again which was a pretty nice refresher. Adding points without killing your opponent, communicating between barriers and letting people leave the culling game. Everything is going smoothly so far until a curse appeared out of nowhere.
#23
TheMangaManiac

Offline
Aug 2020
348
Too anti-climatic for my taste. I thought atleast one of em would die here but i guess not. Maki's appearance saved the chapter for me, somewhat but ehhh.. Still a mediocre conclusion
#26
A_Shinoda

Offline
Apr 2020
665
I'm thrilled that the Kyoto students are finally getting some time to shine (hopefully!)

Maki & Kamo... two shared the same dream to be the head of their clan, so they could provide a better place for their beloved ones —a dream that's now shattered.

So we've entered a new phase. Can't wait to see what Gege is cooking now. and kamo.. oh baby i knew you could do it. you had so much potential but that ugly ass hair and boring outfit ruined it... now you combined hawkeye + tua sparrow ben together for a look and honestly! good choice man. got me giggling like a crazy bitch this whole chapter

but what the Fuck was that thing at the end. it looked like toji's barf worm but uglier. how's that even possible

Offline
Oct 2016
4172
Hakari, you beautiful beautiful man. Fucking nice, Kashimo is now an ally. Can't wait to see his cursed technique. Though, this does not bode well for our boy Itadori. Manga man is still here too, which is nice. Little panda though.

Offline
Aug 2015
216
Horrible anticlimactic ending; what was the point of spending all these chapters on this?

While it's cool to see Maki again, are we now going to spend another several months on another fight that may or may not be any better than the last two?
#35
Thinghest32
Offline
Nov 2018
227
voltwaffle said:
Horrible anticlimactic ending; what was the point of spending all these chapters on this?

While it's cool to see Maki again, are we now going to spend another several months on another fight that may or may not be any better than the last two?

What a scandal, fights in an arc over a tournament ....

But where will we go at this rate?

#36
Tenshi_Budo
Offline
Aug 2020
151
Oh no, maki is back. Other than this, anticlimactic ending. Bad chapter overall.
#37
Jay_Brief
SSGSS Pirate

I’m loving the new Maki, I can’t wait to see what she’s capable of in the upcoming chapters. I’d love to see a reunion with her, Panda, and Inumaki

Speaking of Inumaki, I hope we get to see him again soon, he’s great
#38
Ice-Man
Offline
Dec 2008
604
What a chapter. Smol Panda, Momo, Noritoshi and Maki! I smell some epic action coming up. I’m also curious what kind of deal Kashimo and Hakari made and more precisely what’s the price of Kashimo being on their side?
#39
MegamiRem