...in Code
MAL had a lot of new development over the last year, and I hope you'll look forward to more exciting new changes coming in 2022!
...in Collaborations
MAL has been strengthening its ties with the anime/manga industry in Japan and there were a few interesting tie-ups that happened over 2021 with various prizes for participants! Watch for more in 2022.
...in Community
Come hell or high water, MAL's recurring community events continue on. If you haven't done so yet, make a New Year's resolution to try at least one in 2022!
...in Contributions & Crew
A very big thank you to all our active users who participate in our community, are committed to improving our databases, write reviews and recommendations to help fellow users, and who make up MAL. We are now 12.1 million registered users!

Last but never least, a very big thank you to the ever-growing and dedicated staff. I am constantly grateful for the time and energy they give to our site and community to continue to grow it further. Innumerable database additions, edits, requests, reports, sns posts, and problems are processed each and every day of the year (even on Christmas!). MAL wouldn't be MAL without this amazing group of people.

If you would like to join this team and give back to MAL, are well-versed in the guidelines and requirements of your position of interest, and have the motivation to work independently, please consider checking out our Open Applications thread.

Offline
Aug 2007
5913
Don't forget to help us brainstorm the best and funniest yearbook categories for 2021.
Then we'll vote for the anime/song/character who most fits that category!

Offline
Jun 2010
411
2021 was definitely an interesting year with a lot of highs and lows. Interestingly, participating in the community events (some for the first time) sticks out as a highlight. Hopefully I'm not the only one. ^^;
#4
GoZha

mal caught slackin 🗿
#7
JoelTGB
Offline
Feb 2021
4
Hope there is more excitement to come this year of 2022.... Meeting and chatting with new people is the best part 😎👍
#8
SheyCroix
a lil bean

Part 2, where new themes will be added and members will be able to contribute to themes being linked to entries, will be on its way soon~
pst, how soon? 👀

Offline
Jun 2020
492
Amazing to see how MAL has an amazing team full of talented people keeping the site up to date and running. My gratitude goes out to all of them for making MAL an as complete and enjoyable experience as it is today.

Offline
Oct 2018
1632
Happy new year to MAL and can't wait for more interesting and big fandom wars in this site, especially when AOT S4P2 will out this year LMAO
#18
Zettaiken 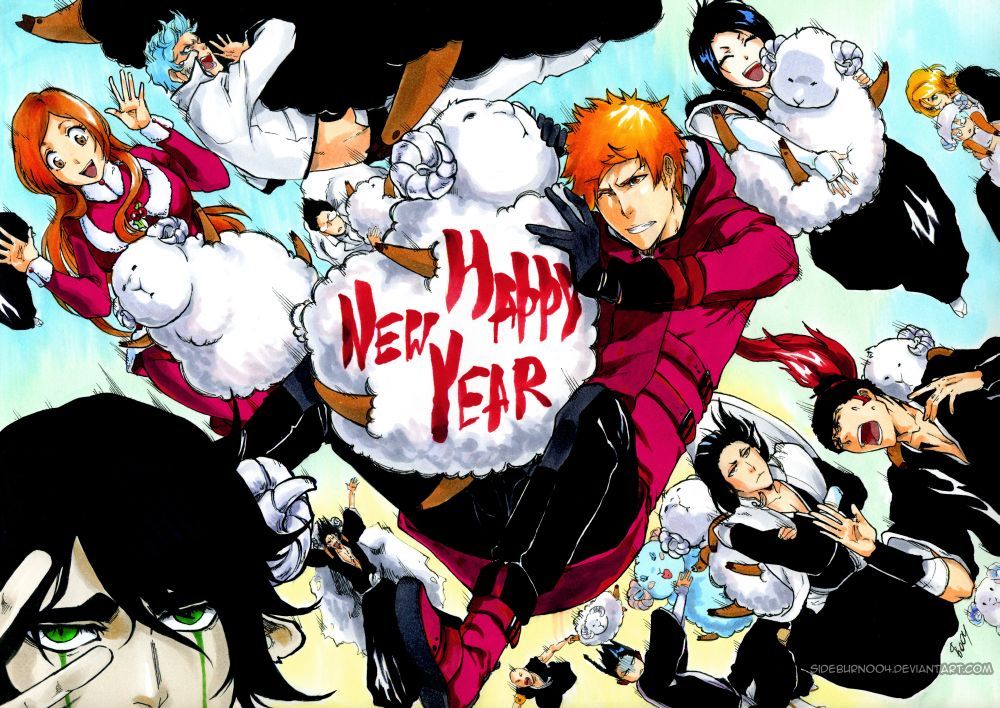 Let's see what good stuff 2022 has prepared for us.
#19
TsutanaiFuun

Offline
Jul 2021
2694
I'm really glad MAL exists, one stop for all the weebs. Thanks for your hard work.

Offline
Feb 2020
7285
Wow what a stat! Happy new year for mal and everyone. Reaching two years already on this site. Hope the new year will bring me and everyone else more good days. Cheers!
#21
Ramkec

Offline
Jun 2008
3797
Though a very challenging year, we've also had a great year of growth on MAL. I'm looking forward to continuing to be part of this fun community and to the development that will happen in 2022.
#23
Castjinyam01
Offline
Dec 2021
2
Hopefully more badge events in this year!
#24
Memore

I wish great health, be positive in every difficult situation, always be happy!!!

Offline
Sep 2018
1231
Happy 2022 to all MAL users! I hope to be more active than in the past year.
#28
Junelovesanime
Offline
Feb 2015
565
Hope the website improves more and that we actually get functions us MAL users have been asking for for years instead of needing to rely on userscripts.
#29
NextUniverse

Offline
Mar 2009
12393
Happy new year! A lot sure changed last year. I particularly enjoyed the collab events/contests (like the singing one) and live streams.


Junelovesanime said:
Hope the website improves more and that we actually get functions us MAL users have been asking for for years instead of needing to rely on userscripts.
I second that!

Offline
Jul 2020
1138
Kineta is the best MAL admin we've had till now. Because of her a LOOOT of updates have come to MAL and more are on the way as it seems and it's just amazing. (Also I love that we're getting badges now for participating in events and challenges)
#43
Riinnyy
Asomi