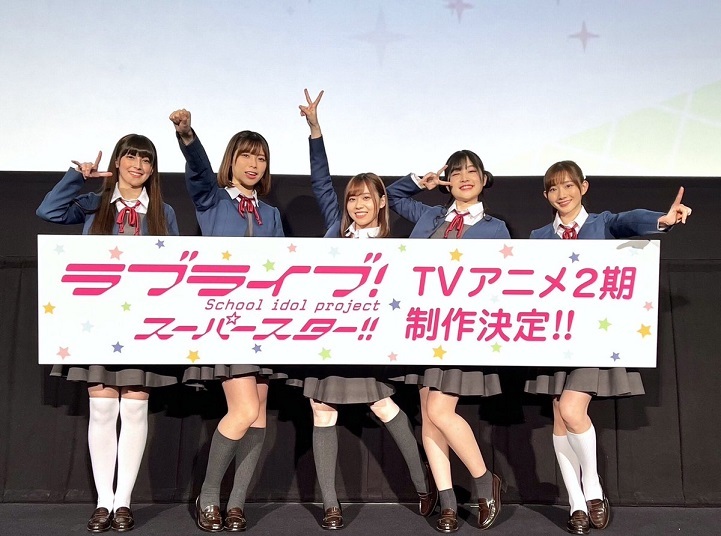 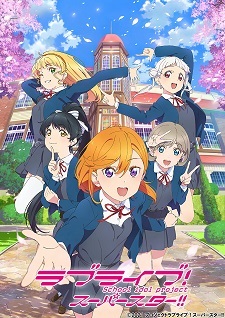 The first anime season began airing on July 11 on NHK E and ended with 12 episodes on October 17. Funimation streamed the anime with subtitles as it aired in Japan.

Liella, the idol unit starred in the anime series, released their debut single Hajimari wa Kimi no Sora (The Beginning is Your Sky) on February 28.

Synopsis
Everyone has a dream they strive to achieve, and so does the musically talented Kanon Shibuya. However, due to her stage fright, Kanon fails to make it into Yuigaoka Girls' High School's music program and instead ends up in the general curriculum. Even though Kanon makes the conscious decision to quit music altogether, her classmate Tang Keke rekindles Kanon's passion for music with her own: a passion for school idols.

Although Keke and Kanon try to form a school idol group, their effort meets strong objections from Ren Hazuki, the daughter of the school's director. Even so, the girls soon visit the director, who allows them to set up their school idol club under one condition—they must win first place at the Yoyogi School Idol Festival.

The resilience of these aspiring idols is put to the test as they face the challenges that come their way. Throughout their journey, the girls make new friends and meet new members that join them to become the dazzling idols others can only imagine. [Written by MAL Rewrite]

Online
Apr 2018
2878
Only a matter of time. See you at the Movie announcement next year
#3
AkeZZZ

Offline
Apr 2017
114
With the end of the first season it really was just a matter of time before a second season was announced. I'm gonna bet a cookie on winter 2023; Nijigasaki is a year and a half between the two seasons so I'm gonna assume the same will apply here. Looking forward to find out how good my guess will be. Oh, and also how the show will turn out.
#8
FMmatron

Offline
Jul 2016
1686
More love live is always welcome. The story is mediocre but it has cute girls doing cute things so will watch. And the song too minus the CGI dancing
See All Discussions