Second Season of 'Fumetsu no Anata e' Announced for Fall 2022 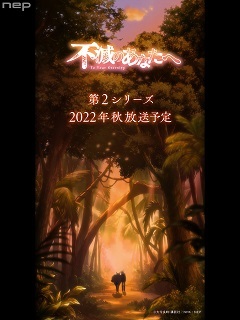 The 20th and final episode of the Fumetsu no Anata e (To Your Eternity) television anime announced a second season following its broadcast on Monday. The second season is scheduled for a Fall 2022 airing. The official website also revealed a teaser visual (pictured).

Synopsis
An Orb, known only as It, is cast to Earth to be observed from afar. Capable of changing forms from beings whose reflections It captures, It first becomes a rock and then, due to the rising temperature, moss.

It is inept of movement until one snowy day, a wolf at death's door barely crosses by. When It takes the animal's form, It attains awareness of its consciousness and starts to wander with an unclear destination in mind. Soon, It comes across the wolf's master—a young boy waiting for his tribe to return from a paradise abundant with fish and fruit in the south. Although the boy is lonely, he still hopes those whom he holds dear in his memories have not forgotten him and that he will reunite with them one day.

The boy wants to explore new surroundings and decides to abandon his home with It to find paradise using the traces his tribe left behind. However, with a heavily injured body and no sight of his elder comrades, what will become of the boy?

Fumetsu no Anata e illustrates the story of an immortal being experiencing humanity, meeting all types of people in many places throughout time. [Written by MAL Rewrite]

Produced by Brain's Base, the anime series adapting Yoshitoki Ooima's supernatural drama manga began airing on April 12. Crunchyroll simulcast the anime with subtitles and began streaming an English dub on May 31.

Kodansha US licensed the manga in English in January 2017 and published the 14th volume on July 20. The 15th volume is slated for release on September 28.

Offline
Jul 2019
14638
Yeah, good stuff, just improve the quality a little and I am fine with this. It was kinda expected for a season 2 to appear anyway. Well, just a waiting game now.
#4
ZXEAN 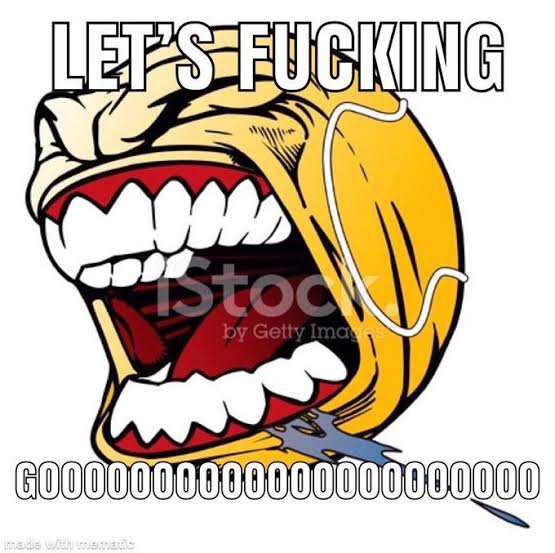 Just hoping that with the year gap that the production can be improved.
#6
MegamiRem

Offline
Feb 2019
665
Biggest disappointment of the year for me, the anime has been lackluster because of formulaic story structure.
#8
FuMomo-kun

Offline
Jun 2017
7041
Yes, thank you very much! Season 1's been a fabulous journey and a 2nd season is more than well deserved, imo.

Offline
Apr 2012
13957
I didn't really like the last arc of the first season, so I want to know how much more interesting subplots can the second season reveal?
#12
JP_001

Offline
Jun 2021
84
OOOHH YESSS. One of my favourites in the current season.
#13
thebrentinator24

Offline
May 2019
487
Hell yea! I actually doubted that this would get a sequel considering it's Brain's Base, and further considering how it's production seemed going by it's animation in the last arc. There were obvious production issues.
Now let's just hope that it doesn't get 10 delays in a row, and is more visually consistent than S1. I have no doubt about the talent of the animators, just kinda scared that this might suffer the same way (or worse) because production companies want sequels ASAP to get it out while the initial hype still stands. Last time they got delays 'cause COVID messed up the schedule, they may not get that this time because it needs to come out quick.
Amoh25Aug 30, 2021 2:32 PM
#15
Kinyoubi

Offline
Jan 2020
3336
I have yet to watch the last episode, but I'm not surprised. It already felt like the last arc is building up to the next one.

Judevin said:
The series that just got stereotyped by the viewers with "It isn't as good as the first episode even though it becomes a completely different show" gets a S2???
Finally some good fucking news.

I was going to tag you. I'm happy it's happening. I definitely want more.

Offline
Dec 2015
762
if it is set for Fall 2022, why does the MAL listing say July and Summer? did somebody make a booboo in the newsbyte or the listing?
#23
nubhERxD
Offline
Jun 2020
15
An announcement as soon as season 1 ended! That's a really good sign for the show
#24
reny1966nanin
Offline
Oct 2020
156
Well, let's wait for Oct 2022, and good job for brain base, casts (interestingly, main cast was voiced by non famous cast and some seiyuu who involved in this anime mostly are well-known casts, such as Yuu Kobayashi and Kenjiro Tsuda, and the rests are new in anime world), so congrats for this anime and S1.

Offline
Nov 2013
431
Very delighted to learn that there is a second season planned for this series.
The manga's first six volumes comprised season one. It looks like season two will comprise volumes 7-12.
Then, manga readers know there is a Modern Saga, starting at volume 13. If this follows the prior timeline, that could give us 12 more volumes of manga, which could translate into two more seasons of anime.
But that's not all. Oiima-sama has also hinted at a Future Saga, and if we extrapolate timelines, that could be another 12 volumes, and two more seasons, bringing the manga to 36 volumes and the anime to 6 seasons. Wow!
I only hope the world holds together long enough to see the completion of this masterpiece (and that I live long enough to watch/read it all).
I will be particularly interested in seeing Fushi's reaction to the modern world. This is a great series, and now it also involves time travel by virtue of Fushi's immortality. Wow.. does it get any better than this?
See All Discussions