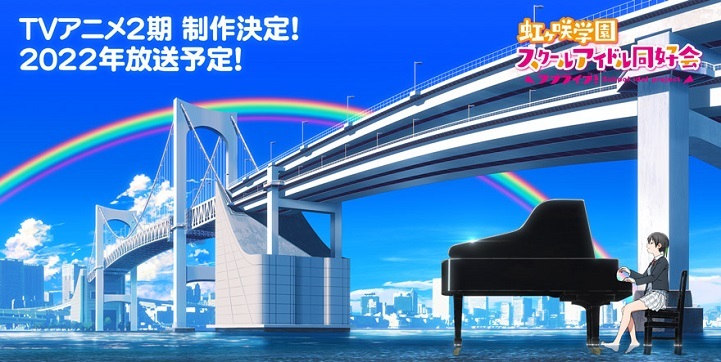 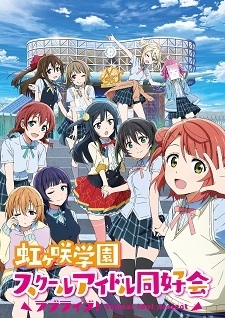 The first season debuted on October 3 and concluded with 13 episodes on December 26 last year. Funimation streamed the anime in North America with subtitles. UK anime distributor Anime Limited licensed the show and simulcast it on Crunchyroll in the United Kingdom and Ireland territories.

Synopsis
Buried within the numerous clubs at Nijigasaki High School lies the school idol club. The club, while lacking popularity, definitely does not lack potential. During their debut performance, they were able to seize a sizable audience, along with the attention of their schoolmates Ayumu Uehara and Yuu Takasaki.

Enamored, the duo makes their way to join the club; however, they are disappointed to find out that the club had just been disbanded. Nevertheless, Ayumu does not believe that it should have ended there. Together with Yuu, they begin restoring the school idol club, hoping to recreate the idol performances that dazzled them before.

Love Live! Nijigasaki Gakuen School Idol Doukoukai shines its spotlight over the reformed school idol club as they recruit both former members of the club alongside newcomers. Taking the first step toward their dreams, how will these girls achieve idol stardom? [Written by MAL Rewrite]

Offline
Dec 2018
3401
Awesome. LL always have strong Yuri vibes and I am looking forward to it 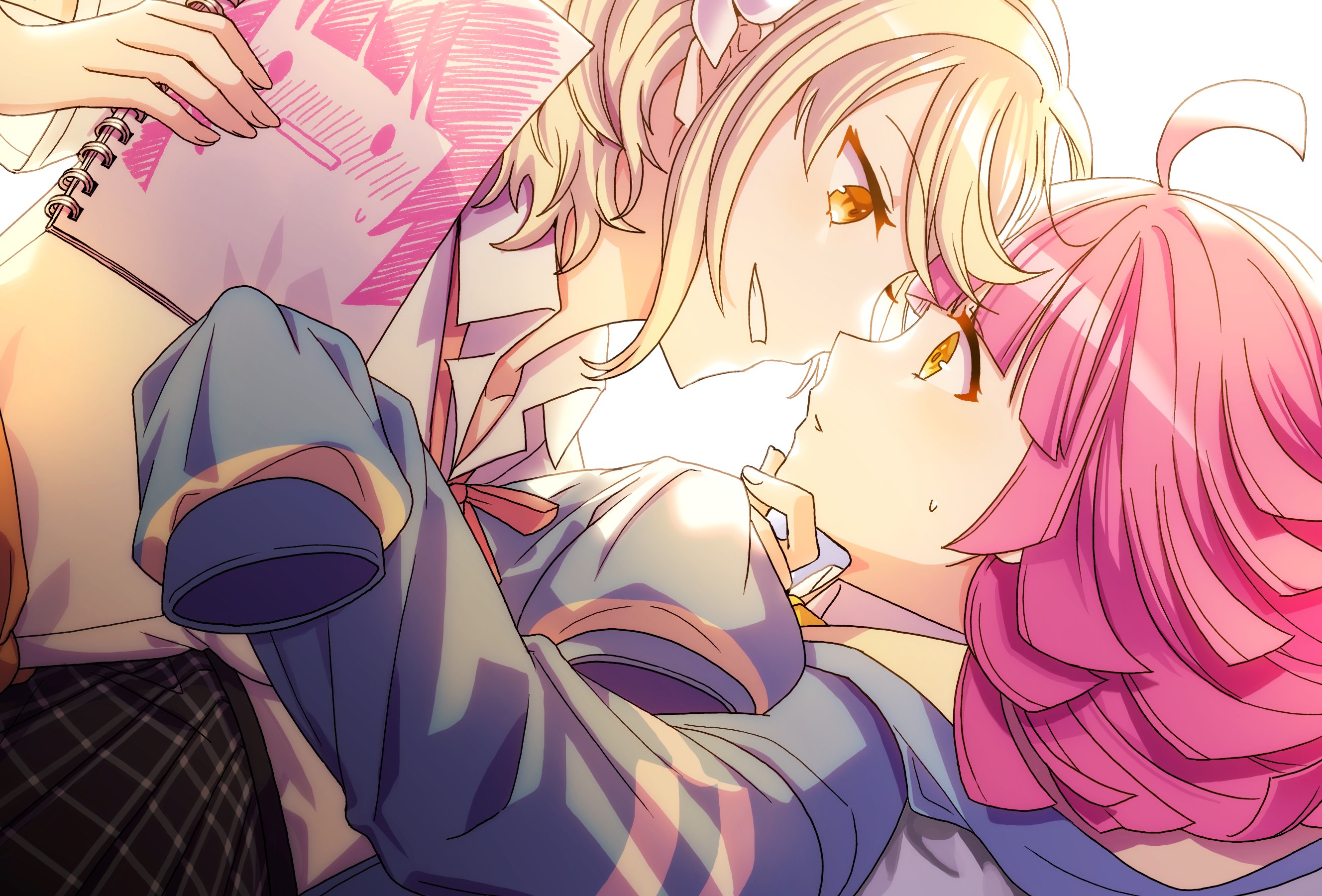 Offline
Apr 2017
114
Glad to see that the story will continue. I was already worried that they would do only one season Nijigasaki and one season Superstar. But it seems like those worries were unfounded. Now we only need a movie and I can cross another field on my bingo-card.
#7
MegamiRem

Online
Oct 2017
17031
So this'll follow the usual pattern and go with a movie next Ig but I kinda hope we get more seasons instead. Anyway that's still far in the future so for now I'm happy with the second season announcement.
#8
NG_Chloe
Offline
May 2016
1849
This was actually quite the surprise since season one felt wrapped up fairly neat and tidy. Still excited for my favorite idols of course
#9
Atavistic

Offline
Jul 2014
5140
Hopefully this second season can refine the characters and give them more distinct and memorable personalities, as besides Kasumeme it was by far the weakest Love Live cast so far. On the flip side, the music in season 1 was the most memorable from the franchise so far, so I'm kinda 50/50 on if I'll bother watching this.
#10
Hoppy

Offline
Nov 2008
27519
So we get 2 straight years of Love Live? That's great, I hope Superstar is good, so far it seems to be at least on Love Live Sunshine's level of quality.
#11
AkeZZZ

Offline
Feb 2018
1205
That's cool, I haven't finished season 1 yet but its been fun so far. Interesting that they're making this show and Superstar at the same time rather than doing all of one first like with SIP and Sunshine. They might be switching between working on them, which would explain why each season has been separated by a year from 2020 to 2022, but I wonder how much that would affect the release schedules of both compared to the prior two series. Just an observation tho, they've been working on Love Live! pretty much every year for almost, if not more than a decade if you count the original MVs, so they should be fine and balancing the two is probably a good idea at this point.
#13
CrazyFrogz

Offline
Mar 2012
10993
I was wondering what was going on with this, considering LLSIP and LLSS got sequels
#15
ChattyIntrovert

back to back LL with Superstar and then Nijigaku!

Offline
Apr 2012
13957
At first I wanted to joke about Gundam, but then I remembered that this is literally the Sunrise franchise.
#18
_MushiRock11_
One Word - Anime

Offline
Jun 2017
7039
Not too surprising considering how popular the franchise is but pleasing nonetheless.
#19
Oddish

Offline
Mar 2020
4900
Really thought this show accomplished everything it needed to during the season it aired in but I guess it doesn't hurt to get another season.
#21
MrBluebear

Offline
Apr 2013
234
Bare in mind Love Live! Nijigasaki story is based on the LL! All Star game compare to previous two, School Idol Project & Sunshine that are original source..so we can predict what will happen in season 2 of Nijigasaki (you know, the fang girl, China & American) if they do the story just like in the game, unless they change it..also, Takasaki Yu will have more bigger role this time as their song composer..
#22
JuanmaFW
Offline
Apr 2020
3
Finally i'll get to see more of my goddess Kasumin.
#23
ChartTopper60
穂乃果は神

Well, at least if every season of Love Live lasted the same 150-250 episodes, then it would be easier for me to get attached to it, lol.

The chances are smaller for these two, but it would be nice to see Lanzhu and Mia as well.
#28
Famzi
Offline
Sep 2020
2
hopefully the songs that were worked on season 2 from the Tokimeki Runners album :)
#29
Magito

I'm not done with the 1st season yet. Just taking my time.
#30
LisannaLia

I was really worried that be might not get a season 2 since Liella was a thing already but I guess they can do both just fine. One year for each one seems good.

Offline
Jun 2021
1245
Didn't expect Nijigasaki to have a second season, after the ending of the first i was already satisfied enough, and i like these group of girls a lot, not as much as μ's but even more than Aqours. Considering this is actually going to happen, i hope that at least Shioriko appears. I don't play SIFAS but i still have some basic informations about the story from chapter 20 onwards... all in all, i openly welcomed Nijigasaki girls since their discovery in SIF mobile game and their anime was the first time i watched a series of Love Live during its first broadcast. I have good expectations on Liella, also.
#37
FabiDxd
Offline
Feb 2019
2
I hope there will be more with yuu, I like characters like yuu
See All Discussions