#1
Mrturtlenugget
Offline
May 2020
6
Do you think there will be a season 5 for quanzhi fashi I kind of want to know?
#2
Harucchan

Offline
Feb 2018
130
Donghua usually don't have the limitations anime have, so if it's popular, it'll definitely have another season. Since most of the shows are produced by Tencent or other Chinese online platforms, it doesn't depend on the sales of the manga (after all, most of them are web manga/web novel). So, answering your question, yes, there'll be another season. Don't know when... Because of Covid, it's unpredictable. Maybe they'll release at the end of the year, maybe only next year, but it'll happen. It's one of the most well known donghua, so don't worry. Chinese anime don't usually stop the adaptation in the middle.
#3
AlifND
Offline
Jul 2020
9
I hope this anime can continue
#4
AlifND
Offline
Jul 2020
9
please continue season five, because this anime is very good
#5
Jackovich
Offline
Jul 2019
6
Yep, season 5 is coming. Hi , have you got link of confirmation of season 5? i saw the 48 episodres in 2 days and i like a lot. Only i need to see the film and specials

my error film is other serie

do you know if in the event told any fate when will the new season?
Que chibi episodes where i can see them?

do you know if in the event told any fate when will the new season?
Que chibi episodes where i can see them?

Offline
Aug 2017
877
i hope it doesnt take them 3 years to release the first ep i kinda wanna see more even tho the animations are garbage its still interesting in its own way
#15
cigare
Offline
Jun 2020
2646
I didn't know there were 4 seasons of this.
#16
Mrturtlenugget
Offline
May 2020
6
Ok I found the trailer it is going to be released September 2 2021 https://youtu.be/pkmy8-yB1Ic
#17
2019Loker
Offline
Aug 2019
2
Release date season 5 day?
#18
xKoHx
Offline
Oct 2020
1
so is there going to be a season 5 or not ?
#19
Mrturtlenugget
Offline
May 2020
6
Quanzhi fashi season five is going to be out on September 2 21 so yes
#20
Metroboomstick
Offline
Apr 2020
16
Mrturtlenugget said:
Ok I found the trailer it is going to be released September 2 2021 https://youtu.be/pkmy8-yB1Ic
that a old trailer from season 2
#21
Mrturtlenugget
Offline
May 2020
6
I don't think so this is the new one
#22
Ghoul6262
Offline
Jul 2020
11
is there official twitter for this anime?
#23
K-Y-Jelly
Offline
Dec 2019
5
I NEED Mizu to sub season 5 when its released. His subs make this show so much more enjoyable. Maybe thats just because Im a weeb too so I get 95% of the references. And compared to other chinese sub translations i dont have to figure out what they mean from context. Like the sentences flow like he actually knows english well.
#24
TwentyTwan
Offline
Jan 2020
1
Also there is more than enough source. I believe currently we haven't even passed chapter 450, while there are already more than 1600 chapter translated into English without use of google translate. If you go with google translate you can go even far over 2000, and like go towards the 3000.

This is also one of the few more populair chinese shows in the west, which may also help in getting a new season.

#26
Jacques_Monreal
Offline
Jan 2021
20
I hope that season 5 will have more episodes and more length like 20+ minutes per episode excluding the op and the ending song. It's really good for the fans. I'm looking forward for the series.
#27
simplydru

Offline
Feb 2016
142
Jacques_Monreal said:
I hope that season 5 will have more episodes and more length like 20+ minutes per episode excluding the op and the ending song. It's really good for the fans. I'm looking forward for the series.

Every season thus far has been one cour of 15-minute episodes, so the chances of the next season being any different are slim-to-none. I don't really mind it, though - not every show has to have 22-minute episodes, after all... 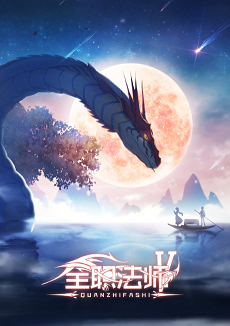 Haha yeah just seen it, amazing timing
#32
Youre_boyIruma
Offline
Jul 2021
58
This Anime is so underrated! Just because its's cheaneas Dub, i believe! Yeah i don't Like the Chinese Dub to but i must say i Love the Story and anything Else about this Anime. In my opinion this season is the best of the hole Anime. I Hope so for anorher season!!!!!
See All Discussions