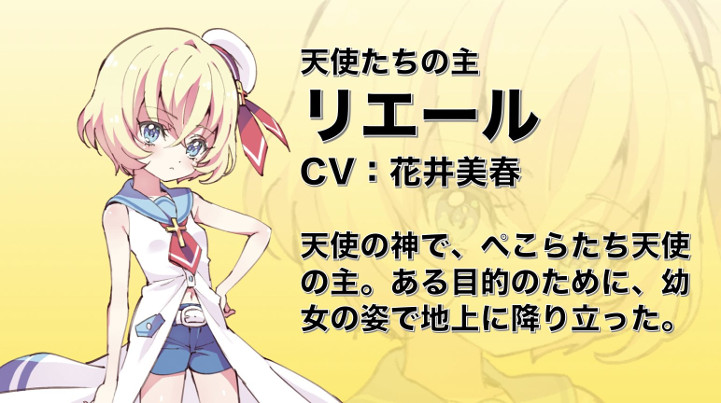 During the Kita Sabato in New Chitose 2019 event at the New Chitose Airport on Saturday, it was announced that Nomad's Jashin-chan Dropkick (Dropkick On My Devil!) will get a new original episode. It will be streamed on the Chitose City's official website in November.

In addition, it was announced that Chitose native Miharu Hanai (Busou Shoujo Machiavellianism) will be voicing the leader of the angels, Lierre (pictured), who visits Earth in the guise of a little girl to achieve an objective.

Jashin-chan Dropkick adapts the supernatural comedy web manga by Yukiwo, which was launched in Comic Meteor in April 2012. The first season aired in Summer 2018 and a 12th episode was bundled with the anime's second Blu-ray and DVD volume.

The second season, which was announced after exceeding the goal of 2,000 Blu-ray and DVD copies sold, will premiere in April 2020.

Offline
Oct 2010
17649
Advertising a tax program, weird but I'll watch it for I liked Jashin-chan. So it won't follow the manga I guess. Can't wait for the 2nd season.
#3
Piromysl

Offline
Jul 2015
6812
This anime was really criminally underrated. Can't wait for 2nd season and more content is always a good thing.
#4
Ajvisor
Offline
May 2018
2261
I liked anime, and everything about it, except for that little goth eyepatch bitch.