That kiss though. I mean, it shouldn't be that surprising we'd see one between Hajime and Yue eventually. Just a matter of time. 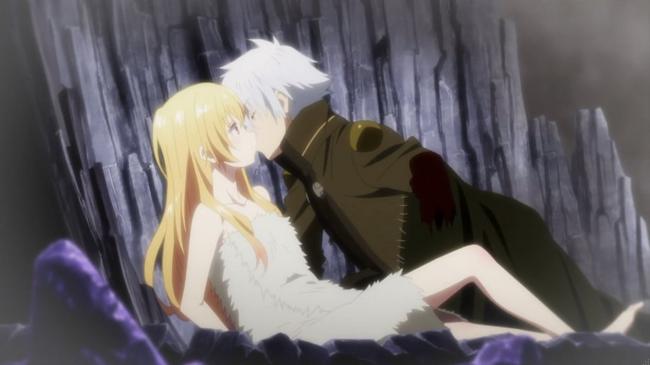 #2
DheatlyBlaze
Offline
Dec 2018
8
This is the worst CGI in the series. The fight isn't half bad but it still can't be called good. The only things that's make up for this episode is the kiss. (well, as far as I remember, i hadn't see Hajime and Yue kiss once in the manga)
#3
Leo

Offline
Aug 2013
5060
What the hell was this? This was horrible. Just horrible. The usage of CGI was too much.

At least Hajime and Yue kissed.

Not to mention, they fought ugly CGI for the whole episode.

Whoever thought, this was a good idea having this air needs to be sacked lol
#5
Tyrantarmy6

Offline
Jul 2013
36274
My lord that cgi... cgi in anime looks terrible most of the time but this is just next levels of bad. I could swear even a N64 game had better cg than this... like was I just seeing things or was its jaw seriously clipping through its own head and teeth? And to have to look at it for an entire episode is even worse ^^
#6
ZingFreelancer

Offline
Jun 2014
87
You know, I usually don't complain about CGI usage, because there are some really good ones (like the ones produced by Production IG and Ufotable), but THIS....this is TOO MUCH, so bad I can almost hear Gigguk screaming "BAD CG!"

#10
Play2X
Offline
Apr 2013
598
I start to understand why this show (or better, the LN) had fans... because if you cut the whole shit away, like the Frankensteintimelines, which are all over the place, or the abomination of CGI, then it kinda could've been a good story. But no, that would've been too hard to make. Instead, smack some shitty CG in there.
#11
thecrazyrai
Offline
Jan 2019
2
did anyone else feel like they mixed up the order of some scenes? midway in the episode both lay on the ground and hajime stands up and save her. he comes up with a plan but after that he lies down again??? then he really stands up and they kill the hydra. i mean wtf this is some weird foreshadowing or did they just mix up the scenes
#12
TheIsOtaku

Offline
May 2013
477
What the hell just happened, the horrific CGI ruined the whole episode and even the cute HajimeYue scenes, what a shame (not even mentioning the crappy soundeffects).

Offline
Jul 2015
17
That CG.... it's killing me
#16
Crackersauce
Offline
Aug 2018
68
Does anyone know what the budget was for the studio making this anime? After that episode I'm genuinely curious, I won't believe anything over $12.
#17
Kenji6
Offline
Apr 2018
6
thecrazyrai said:
Kenji6 said:
Anyone realized that once Hajime loses his eyes then next time you see him in the air he HAS 2 eyes XD but then again after that scene he's back to one-eyed XDD the hell? Tell me I wasn't the one to notice that
i don't think he really lost his eyes it looked more like a normal head down look where their face gets dark

maybe, but in the opening he doesn't have one eye, so I think this is tha part that solves the "eye mystery"

or ending was it, not sure, maybe both xd

Offline
Apr 2016
405
Horrible CGI used here. I suspect the budget for this anime wasn't too much.
#21
Hanfos

Offline
Oct 2011
1479
Can we add this to the worst fights in anime history? I have no other anime to watch on Tuesdays, otherwise I'd drop this
#23
Hanfos

Offline
Jan 2012
173
Kenji6 said:
Anyone realized that once Hajime loses his eyes then next time you see him in the air he HAS 2 eyes XD but then again after that scene he's back to one-eyed XDD the hell? Tell me I wasn't the one to notice that


#24
Flaecy
Offline
Feb 2009
2483
wow spent a whole ep fighting that hydra looking monster Zzz at least we got another legal loli kiss lol
#25
Kenji6
Offline
Apr 2018
6
Hanfos said:
Kenji6 said:
Anyone realized that once Hajime loses his eyes then next time you see him in the air he HAS 2 eyes XD but then again after that scene he's back to one-eyed XDD the hell? Tell me I wasn't the one to notice that

yup, that's what I've been speaking of XD
#26
Seygneur

Offline
Jul 2019
716
This was so terrible. Its almost as if they were proudof their creation and wanted to show it off as much as possible.

Anyway the pacing is somewhat slow of for my taste.
Would have imagined them to be already geared up outside or at least chilling in the shed behind the boss room.
#27
ThousandCuts

Offline
Aug 2018
1345
Worst episode so far, the "final boss" was horribly ugly, I might even have nightmares of it tonight.

Very surprising choice of music again, and obviously they're totally not accurated and almost made me feel like it was a parody. 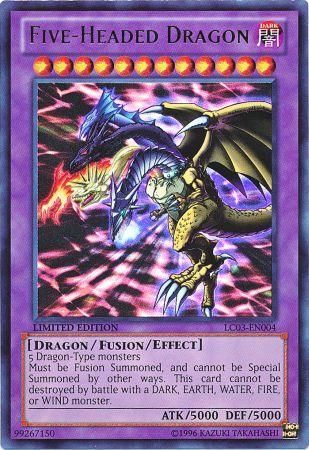 Offline
Oct 2018
48
The fighting I didn't mind, it was alright. I mean I was totally screaming at Yue to get her ass up and do something but then I remembered she's young I guess and gets tired using big spells like that so understandable.

Hajime and Yue scene was cute, I like their dynamic. Thank God it was already established and I didn't have to sit there for episodes yelling at the two to express their feelings already.

Hajime's fighting was okay, but I thought he'd be smarter and not entirely throw himself in front of the monster like that. He could've been more heavily injured which would've left Yue by herself for longer and she would've died. Guess he got irrational cause it was Yue??

Anyways, the CGI on that monster is going to give me more nightmares then the actual monster itself, so there's that too.

I'm hoping future episodes will be better since I'm actually starting to like this show. 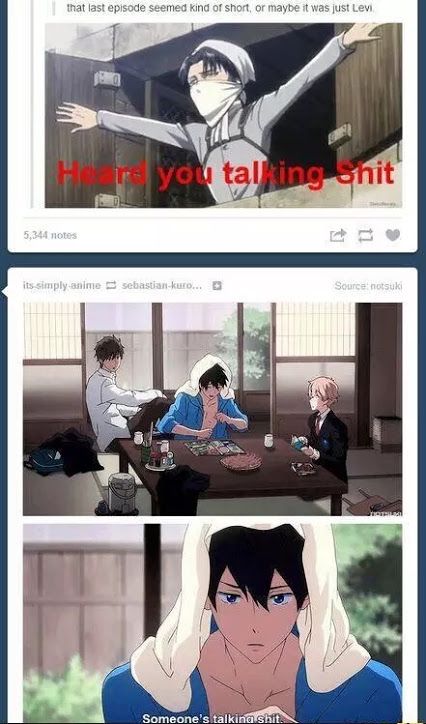 Offline
Apr 2015
2606
And here I thought last week's CGI was bad... Didn't think it could be even worse, but Arifureta sure makes things worse with every coming episode. The battle was not even that enjoyable..
#32
Brendyrose

Offline
May 2016
24
Okay that was pretty bad, unlike a lot of people on here, I actually quite enjoyed Episode 1, and my first impressions were that it was an 8/10 show, but this....this was....terrible, I felt like whatever happened in this episode was supposed to be really important, and emotional, and a serious fight, but they ruined it badly.

I haven't read the manga, and I don't plan to, but i'm sure it is better than whatever I just saw this episode.

#33
Rizki_Diablo
Offline
Jun 2015
124
when the monster appear: the 7 head dragon is look cool
when they start the battle: damn, why the attack animation of that dragon is so lame
me: oh god, this studio really really half ass to do their job more than jc staff than what i expected before
#34
Ichiro_Igarashi
Offline
Dec 2018
1
This episode was either rushed or the team has no skills , either way this was bs
#35
LiquidGold

Offline
Feb 2012
716
Okay the CGI looked terrible but how about that sweet sax music playing during the later half of the fight?
#36
CuteAssTiger

The Yugioh version is hand drawn thou
#37
CuteAssTiger

I remember liking the manga version a lot up until a certain point where the dungeon crawling got too tedious. what was I hoping with the anime anyway?
kidlat020Jul 29, 2019 11:50 AM
#39
Ventus_S

Offline
Oct 2017
2130
Ahahahahaha, a full episode of bad CG Hydra
Sry Berserk, we shouldn't yell at you so much :P Also constantly "mating" during the heat of battle lolz. (Ohh, I kiss you so you're suppose to heal up? Gonna kiss you like 4 more times during battle)
Gosh who wrote this shit? Offline
Mar 2017
1984
Yeah, i think this the final nail in the coffin.... that was a fucking terrible episode. It felt like a battle that was too intense for this early on, the CGI was just horrendous and they were trying to get us to feel for these two characters that we just haven't had enough time to develop any real attachment too yet.
#41
Zimmy64
Offline
Nov 2018
4
CGI made my eyes bleed. The kiss was done better here than in the Manga so that's a plus.
#42
PurpleGirl203

Offline
Dec 2016
1284
At this rate, I won't rise my score from 5 to 6. The adaptation is terrible and the CGI is getting worse each episode :/ Is there a hope this'll get any better? I have my doubts... I was almost in the verge of dropping this anime, but will give one last chance.

The kissing scene was too soon for my taste... and I like kissing scenes, but this? Hmm... nope. It lacks chemistry :( They hardly know each other!

Offline
Sep 2017
2821
The fight scene was awful, and the CGI was REALLY ugly in this episode

Offline
Jun 2017
2978
That CGI was so bad even the loli kiss powerup barely defeated it. At least there was some...other kind of action lol.
#46
ghtyujkkpkohkjb
Offline
Feb 2018
136
This CGI scene.... #DrakeFace
#47
darkfearie
Offline
Nov 2017
89
DheatlyBlaze said:
This is the worst CGI in the series. The fight isn't half bad but it still can't be called good. The only things that's make up for this episode is the kiss. (well, as far as I remember, i hadn't see Hajime and Yue kiss once in the manga)

Ngl, cgi is bad but the episode is kinda ok. At least better than episode 1 :/

This was really painful to watch


I'll be honest, I kind of liked this anime so far, until episode 3, but this episode was just terrible

I don't really care about the CGI, although I admit it looks quite bad(Like only the characters weren't CGI in this episode, everything else was, but never mind that), but that's probably one of the most boring anime fights I've seen so far, with some lame soundtracks
-Aincrad-Jul 29, 2019 12:50 PM
#49
Dudi4PoLFr

At this point they should just stop this anime, if we are getting this on EP4 I can't even imagine the massacre in few weeks.
#50
Seygneur

At this point they should just stop this anime, if we are getting this on EP4 I can't even imagine the massacre in few weeks.

Oh yeah...
Imagine the artifical looking bike and humvee cruising through an empty 3D desert with a cheapt dust effect behind it and then being chased by more ugly CGI monsters *shiver*