What did you think of this episode?
5Loved it!
4Liked it!
3It was OK
2Disliked it
1Hated it
View results
DO NOT discuss the source material beyond this episode. If you want to discuss future events or theories, please use separate threads.
DO NOT ask where to watch/download this episode or give links to copyrighted, non-fair use material.
DO NOT troll/bait/harass/abuse other users for liking or disliking the series/characters.
DO read the Anime Discussion Rules and Site & Forum Guidelines.
Pages (2) [1] 2 »
#1
Stark700

Mary seemed cute this episode compared to some of the others. Inaba also gets more screen time although she doesn't look well with a fever. Got a good dose of laughter from Rin's reactions this episode. So fucking priceless Looks like we find out a bit about her past too and I'd say, it's about damn time.

Offline
Jun 2015
2762
Warabi trying to control herself while everyone was talking was amusing. Got to learn about Fudou's and Rin's past. Rin thought he was going to something to her, but he took off her mask. She does look cute without it. Both had messed up lives.
#3
allenjke

Offline
Jul 2012
1756
That was a weird episode, the mix of kinda sad backstories and Warabi's "tsukkomis", felt like the episode was out of place with all of the rest.
#4
Mascera

Offline
Jan 2015
3242
Poor Tsukuyo, she got fever after waiting all the time. :(
So that's the cause of Rin wearing the devil mask. I wonder what will happen if she w ear a Tengu mask instead. LOL
#5
EcchiGodMamster
fanservice<3

its not "that green haired girl" its 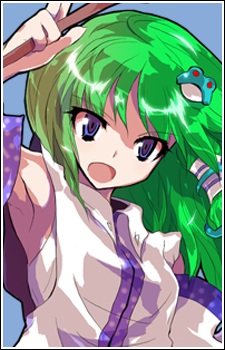 Offline
Aug 2013
5062
Both Rin and Nomura have sad backstories. It's sad that Rin had to wear the mask because of her mother. She looks cute without it.

Kyo-bo sliding in that bucket for Warabi was funny to see. She's a lifesaver I guess.

The backstories itself were pretty sad, especially Rin's. Nomura finally likes this school and the girls.
#10
ichii_1

Offline
Sep 2013
22819
That serious talk overlayed with the pee gag worked out surprisingly well XD
Rin and nomura both have family problems but they make up :)
#11
fst

that's called a breather episode, not a filler episode.

Offline
Apr 2011
6703
Its funny to see Warabi holding up while Nomura and Rin telling their sad backstories.
#13
HeroVladimir93
Offline
Jan 2017
1039
After the non-stop action and hilarity of previous episodes, some meaningful character moments between Nomura and Onigawara are what the show needs to make for a compelling narrative. It's also good to see the other girls providing some levity in the background. Episodes like this prove viewers have to get invested in the characters to make the show work.
#14
LukesYGO_WSonYT

Offline
Dec 2016
1614
Least eventful episode but it was impactful.

I really enjoyed this episode and it gave me a lot of laughs.

Offline
Feb 2012
7689
I like this episode. Both Nomura and Rin traded their own backstories, which was really nice. Now Rin can surely sleep well for the night all relieved without feeling any guilt. Warabi with the tsukkomi while holding it in on the bed was very hilarious. And now Nomura possibly gets along with Sanae Kochiya Satori as well.

Only Tsukuyo and the Empress left to befriend. x)
#16
SoraSenpai

Offline
Nov 2011
3514
"My Mother Called me Ugly" Well shit that was a little bit of a surprise. That kind of caught me off guard, sad backstory for Rin.

Kinda figured that for Nomura as well. Figured maybe it was his grandfather that trained him, but a random old guy works as well haha.

Kyo-Bo was one of the stars of this episode, the bucket slide had me crying lol.

Tamaba is great, hopefully we can see her teamup with Nomura next arc.

Offline
Sep 2015
665
This was honestly a really good episode. This show is turning out for the better and I'm glad I stayed put.
Some interesting background story of the Oni and Nomura. Worked surprisingly well with the pee scene. I would think it detracts from the emotions but it didn't.
So a pretty sad past for both of them. They weren't tear-jerking but it definitely is a more serious topic and a nice change of pace. It was funny, Warabi had to go pee but can't because it would be awkward to interrupt on such a serious conversation. Kyou-bo gave a bucket.
Still love how Nomura attracts he opposite sex regardless of species.

Tamaba is definitely interesting and a pretty well fleshed out character. I grew to like the characters. Oni seems to be main girl.
Kikakujou seems to be just for laughs. everyone else is rather interesting to see.
#18
Hinata-chi

Offline
Jan 2013
11047
Very enjoyable episode, I like how serious most of it is.
Nice progression too.
#20
Red_Ranger_Wien

Offline
Sep 2011
1424
This show really needs to learn when to use jokes. Yeah, watching Blondie struggle with pissing herself was funny but it really took away any emotion the rest of the scene could've added.
#21
Paul

The little moment between Nomura and Onigawara was pretty nice. I was actually surprised to see them pull it off. Normally in scenarios like that something often gets in the way before one can finish.

Poor Mary got rejected again. She even takes the assertive route by taking it off then asking and still fails.

Offline
May 2017
1785
Surprisingly, so far Tamaba is the nicest when dere
#25
Lairucrem

MC is a gay feminist, obviously he'll reject her
#26
Lairucrem

Offline
May 2017
1785
Zaphkiel_El_Rem said:
Its sad that the golden ringlet hair is on the losing end, oh well.

Offline
May 2017
1785
Paul said:
I would have rather Warabi pissed herself.

The little moment between Nomura and Onigawara was pretty nice. I was actually surprised to see them pull it off. Normally in scenarios like that something often gets in the way before one can finish.

Poor Mary got rejected again. She even takes the assertive route by taking it off then asking and still fails.

Offline
May 2017
1785
Hinata said:
Rin is definitely the being set up to be best girl here.... Kikakujo isn't gonna win.

Offline
Sep 2013
1145
One of the better episodes, actually, might be my favourite episode so far. Things just developed nicely.
#30
ZBlastHistory 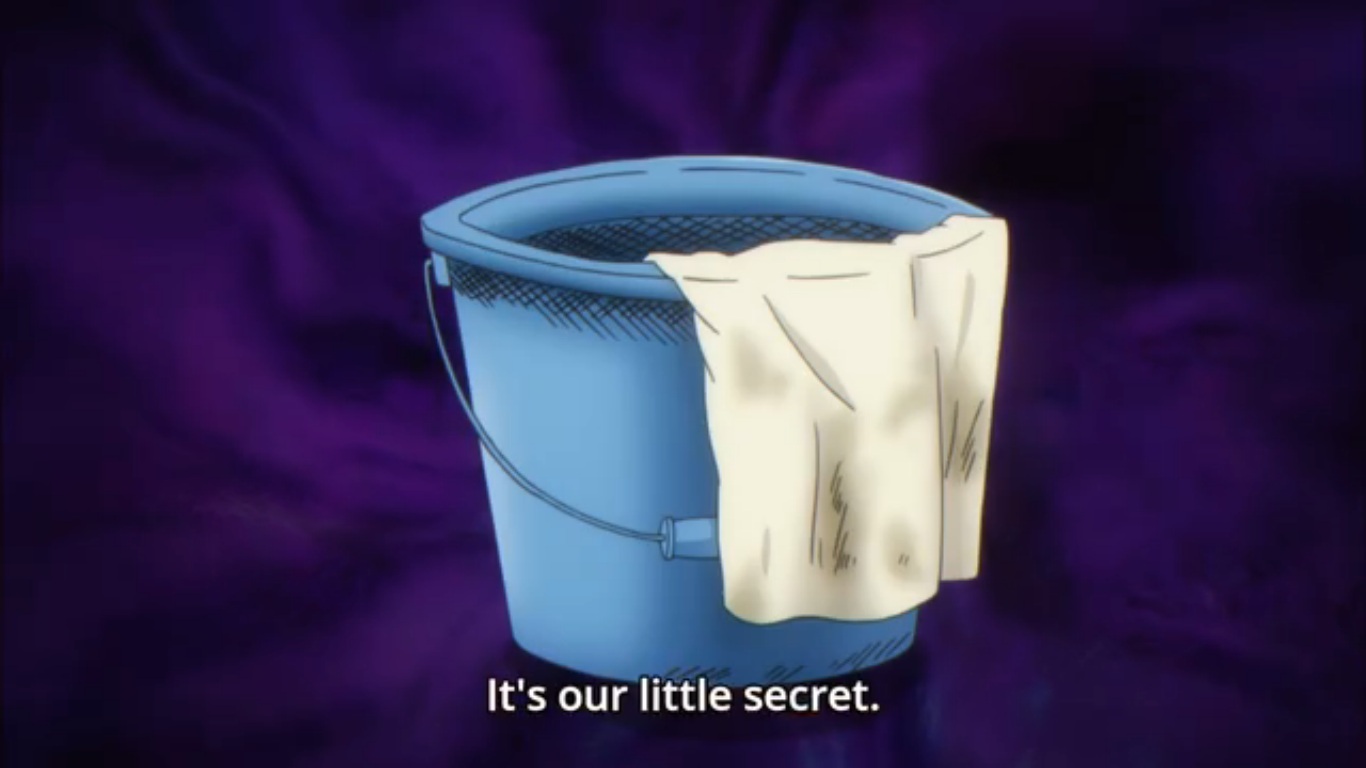 Offline
Mar 2013
1877
I don't like how the anime is been setting up Rin as the end girl.
I'd prefer that villain girl who beat down Nomura before lol
But honestly, harem ending is the best. It's so rare to see it happen nowadays *Sigh*

Nomura is right Rin is cute w/o her mask

Offline
Mar 2016
566
Great episode! Who knew Rin and Nomura had such deep dark secrets in their past. I can't wait to see him take on the final girl from the 5 swords next week
#35
Reverberate


And lol at Hanasaka when 'She's holding up' just to not interrupt the scene.
Next Episode we might return to the fight scene again once more. Can't wait...
#38
Atlas77

Offline
Feb 2015
1246
This episode felt like the complete resoultion of the whole Satori thing. Everyone getting recovered and understanding explanations. Entertaining. as this anime has been.
#39
Preciize

Offline
May 2011
576
Mostly talking, but still enjoyed the episode. Thought Nomura was going to get emotional on us with his backstory, but turns out it was just trading secrets to make Rin feel at ease.
#40
Akerakaaaai

Offline
Feb 2014
260
seems like mirrored breathing has another use, lol
how about mirrored climax?

Offline
May 2015
86
Well, AT LEAST there's an apology scene for the torture Nomura endured
#45
RafaelDeJongh