What did you think of this episode?
5Loved it!
4Liked it!
3It was OK
2Disliked it
1Hated it
View results
DO NOT discuss the source material beyond this episode. If you want to discuss future events or theories, please use separate threads.
DO NOT ask where to watch/download this episode or give links to copyrighted, non-fair use material.
DO NOT troll/bait/harass/abuse other users for liking or disliking the series/characters.
DO read the Anime Discussion Rules and Site & Forum Guidelines.
Pages (2) « 1 [2]
#51
terrablu2003

Offline
Nov 2011
7622
Pleasant, is the first time in the second part of the story does not have a conclusion, but we reserve a "to be continued". Narration nice and pleasant, nothing new will be said, instead the news there and cover all the secondary characters shown in this episode, I wonder if we see them again in the future. Drawings and animations very good, pleasant scenarios. Not bad the End-card.


Halcon_Negro said:
RayAdha said:
Those girls look cuter than usual in those summer dresses and hairstyles.

So this is what it's like when Cocoa was angry? Too cute <3

Offline
Jul 2015
5094
Midori Aoyama! So cute, seeing her trying to make excuses to run away from the editor was great 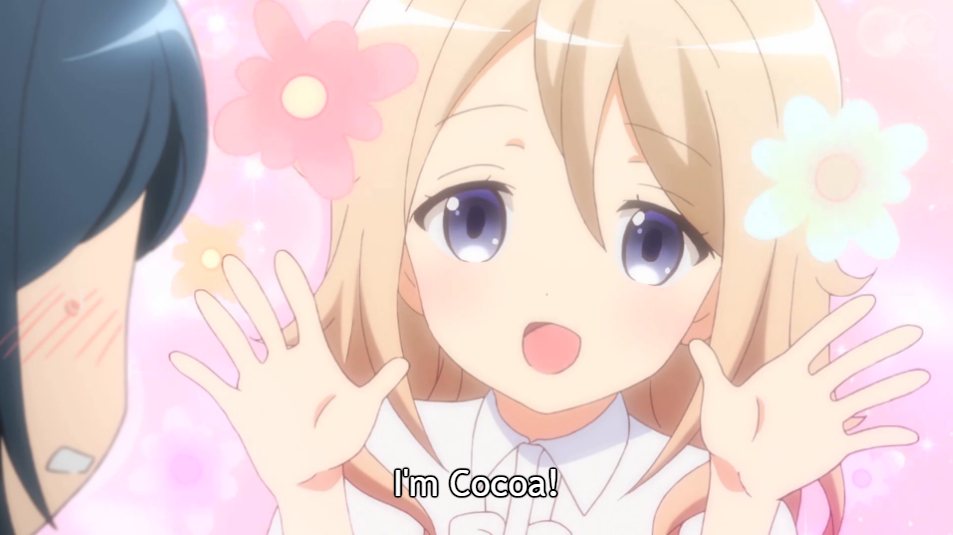 Offline
Dec 2016
1612
Nice to see Syaro & Rize have a lot of fun together doing all those club activities.

I had a strange feeling that Aoyama was Midori, it just came to me when she appeared.

I like how cocoa instantly appeared when Chino asked her to come out and play.

Offline
Apr 2013
33288
Poor Cocoa, glad she had a nice trip in the end. I know how such a day feels if nobody wants to do anything with you, kinda wasted.
#56
Yuri-Crusader

Offline
Dec 2018
3289
Some silly misunderstandings really cute! In the end no lesbian was left behind,,, And now we are going for lesbian fun camp in the mountains!!,, YEEES!!
#57
FMmatron

And finally a trip, really looking forward to it.

Offline
May 2020
1922
No commento. I see Syaro I press like. Get some Syaro oftenly and funny episode about knowing Midori as Aoyama Blue Mountain. Rize and Syaro have a great teamwork to helping club. Summer dress is the best of looking. Offline
Feb 2020
7253
At first, i was seriously not knewing the fact that the beginning part actually talked much about Aoyama Blue Mountain's real identity. They really traced all of the past story in their school, until finally revealed a shocking story. So, thats why Aoyama always came in flash like a ghost and went out already as nothing happened in the first place. She really wanted to help everyone so much! She always became a good person to help all the girls out from their misery with her amazing advices. Until that pink hair girl from the blowpipe's club, and Aoyama's editor arrived to explained it in a clearly statement. All events from the previous episodes already been solved, in a logical explanations. Damn mystery, and a great storyline and much twist that i've never ever feel before. I should've known it from the beginning xD.

The second one was an introduction for the heart-warming section in the next episode. I always thought why Cocoa always happy and energic, what happened if she became negative, not so excited, and sulked with her suck life? These part revealed another side of her and her friends (importantly Chino) reactions were indeed a genuine sweet one >°<. I, honestly, want more drama surrounded them, at the end, and created a long sulking moment for Cocoa, even held some grudge to her. However, the series seemed to take it easy and lighten the burden to finished the situations in fast and left the drama with the usual Cocoa in the end. At least its good enough to framed another side of Cocoa which was surely happen much in the real world. A realistic approaching will always be appreciated by me. And these part absolutely salut me xD.

Offline
Sep 2018
1231
Episode very Rize and Sharo centric in the first part and that throws its seeds in the next part of the episode, what you see is reconnected with the rest without leaving gray areas. Non-self-contained episode that opens a narrative arc that already bears fruit in this episode, giving greater depth to the character of Chino. Funny as usual the character of Cocoa.
#61
Kanezushi

Poor Cocoa she doesn't have anyone to play with she looks great in that summer outfit, I lost it when she got so angry idk why she was so cute shouting at them poor Cocoa, But at least they made up in the end, Aoyama in a bartender outfit looks fitting.

Offline
Jul 2019
1100
Angry Cocoa is soo cute! Good thing Chiya wasn't angry at the same time or I would have a major heart attack.

Cocoa with pigtails! Adorable as all hell!

Aoyama pretending not to hear and softly protesting while being dragged away. "Aaah~ Aaah~" Good stuff!

Seeing her in the bartender outfit. Damn!
#63
Serafos 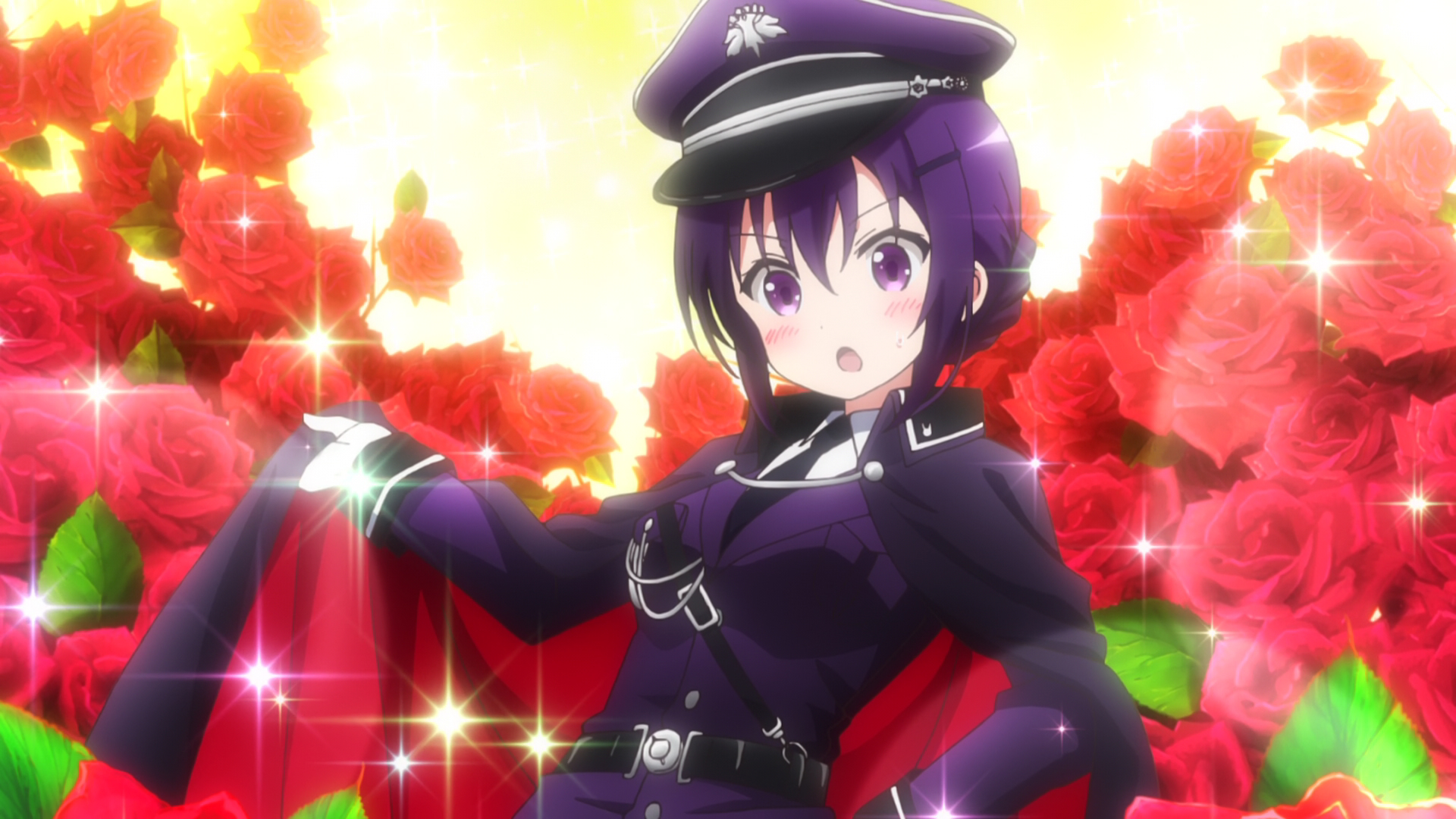 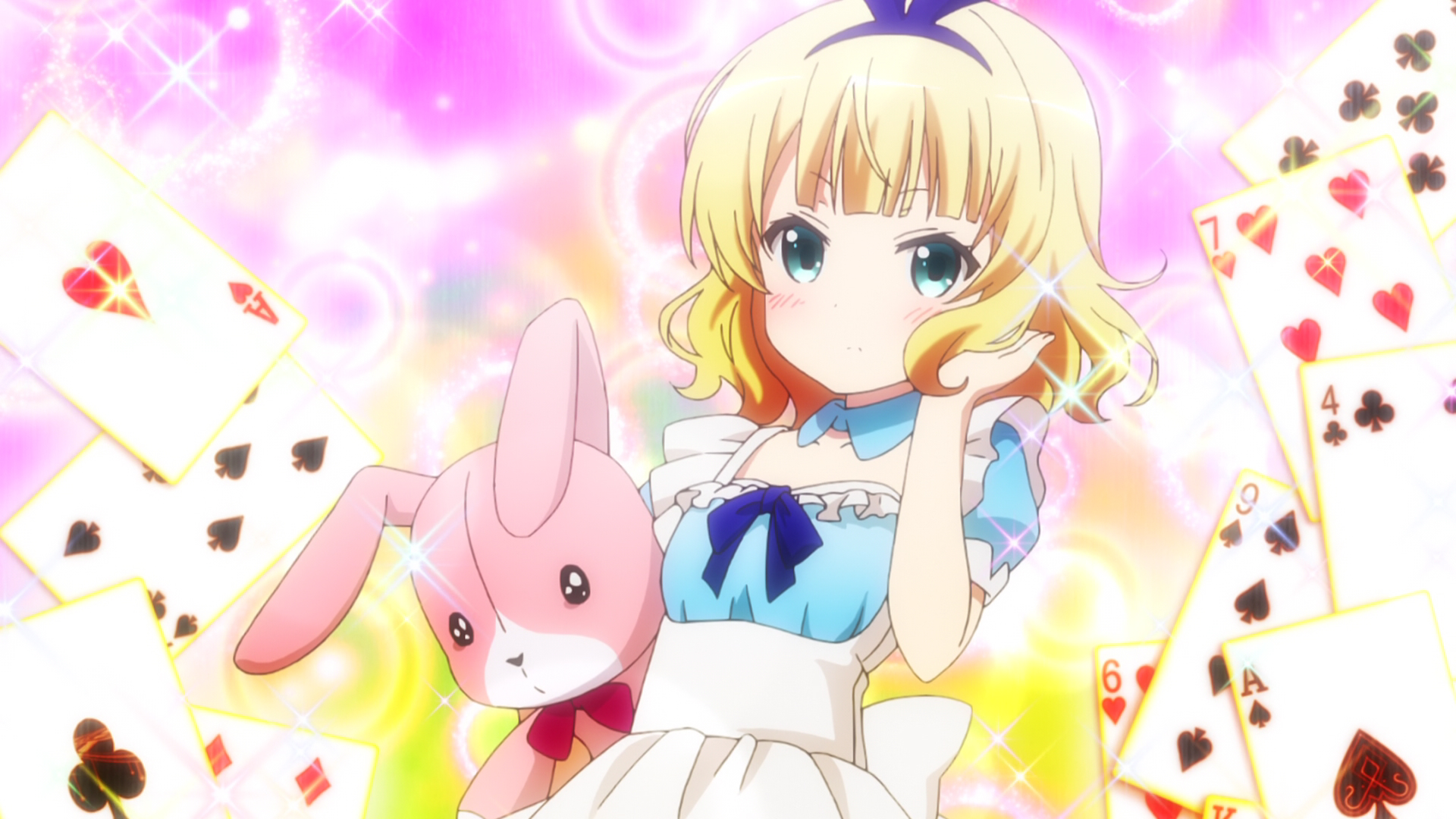 Angry Cocoa was adorable. x3 Well, I'm glad they made up. Have a nice trip, girls! 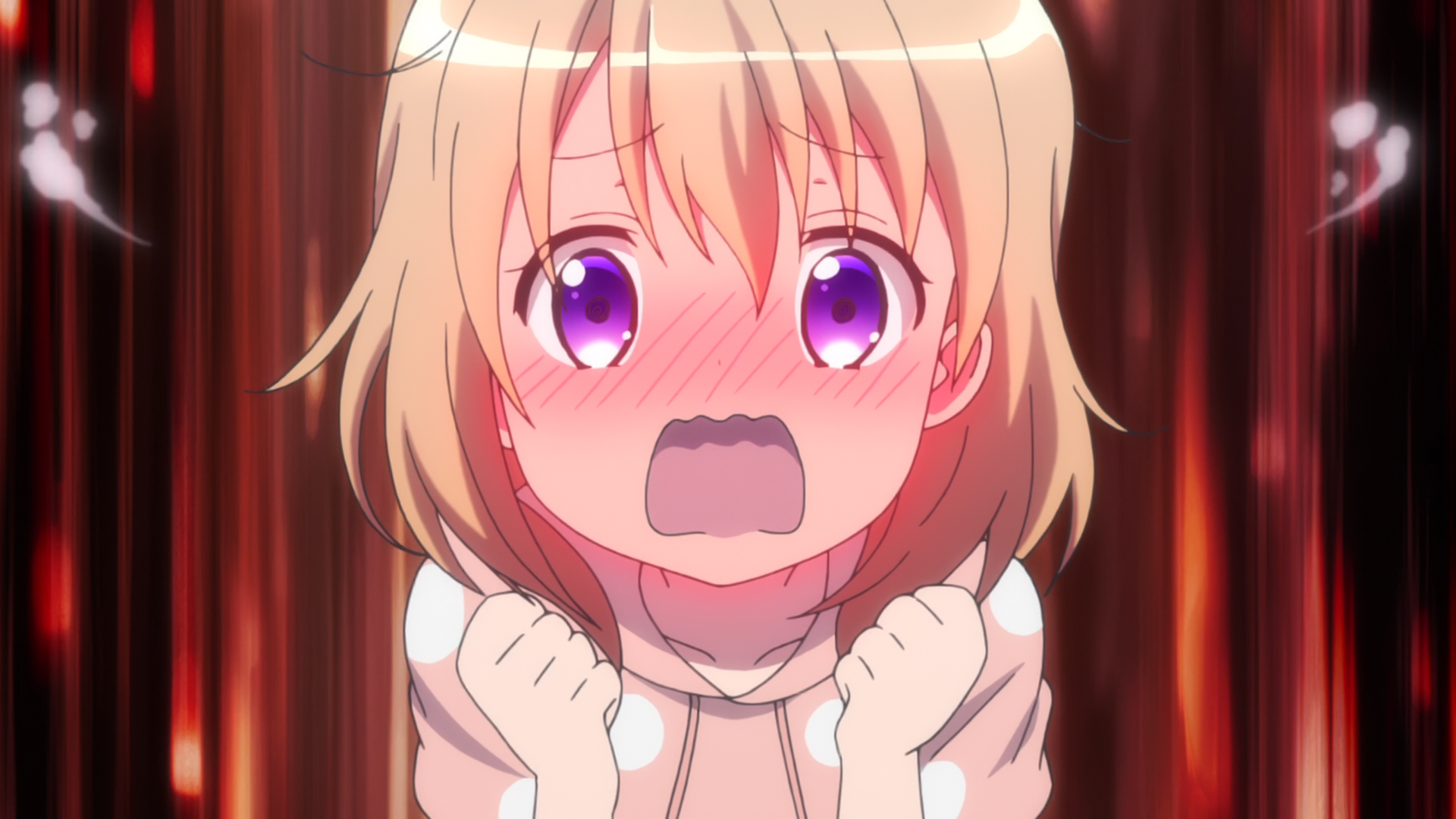 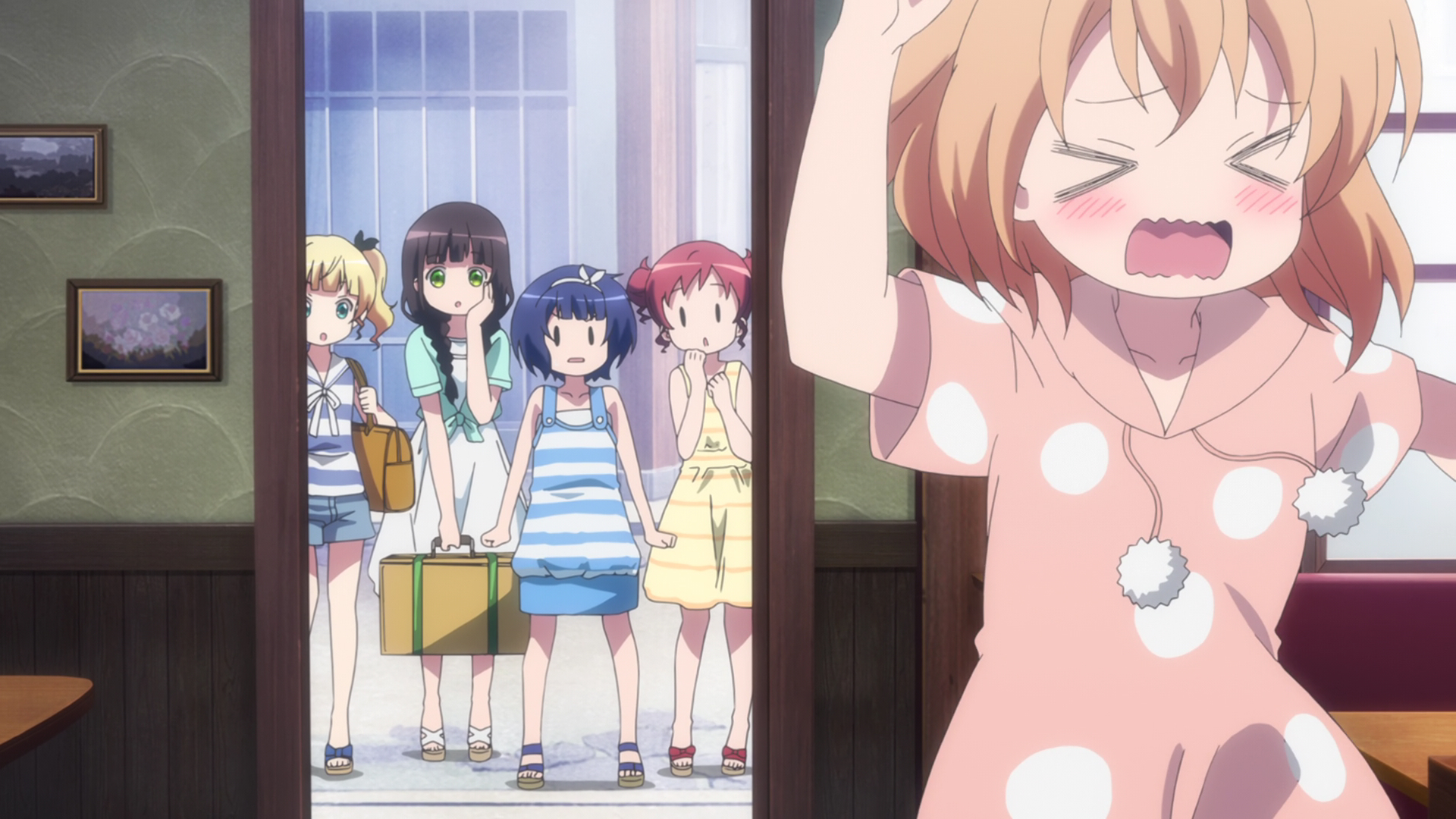