A digital encyclopedia that catalogs the many hundreds of species of Pokemon, a Pokedex is a handy tool and one of the best friends for any Pokemon Trainer. While Pokedexes do function a little differently throughout the Pokemon franchise, their base functions remain the same. 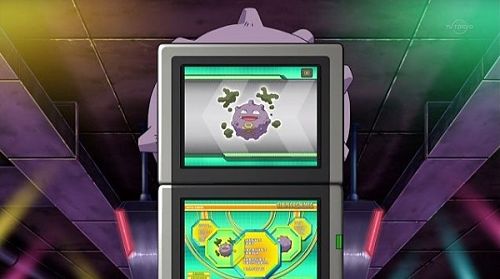 An Unova Pokedex is used to scan a Koffing

The anime features every Pokémon Trainer receiving a Pokedex along with their starter Pokémon. Trainers can scan a Pokémon to pull up a picture and description of those Pokémon. They can also pull up data through manual input, such as checking a Pokémon’s available attacks or that Pokémon’s ability. 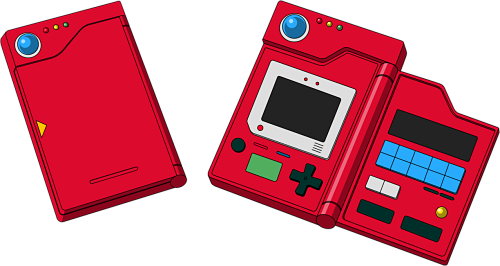 The original Pokedex, closed and open

The origins of the Pokedex are somewhat convoluted within the anime. The original Pokedex was developed by Professor Oak. However, the film Celebi: Voice of the Forest featured Oak’s younger self being transported into the present. While there he observed Satoshi’s Pokedex, which gave him the idea to create the Pokedex and erased the original origins of the device from history.

In the anime a Pokedex is preloaded with data regarding Pokémon; Trainers do not have to catch a Pokémon to unlock its data like in the manga and video games. These data entries were written by one of Oak’s colleagues, Professor Westwood V of the Seafoam Islands. 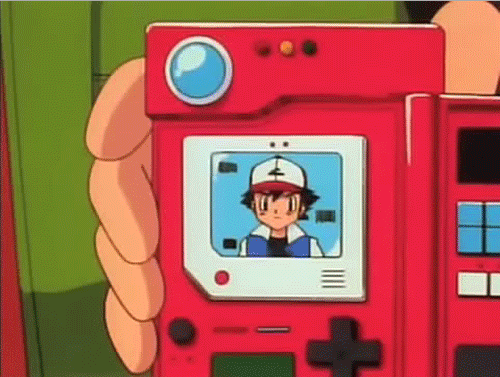 Satoshi uses his Pokedex to identify himself

Each Pokedex is fitted with an electronic sensor. When a Trainer points the sensor at a Pokémon, that Pokémon’s data appears on-screen and is narrated by the Pokedex. Pokedexes also have the ability to identify the moves that a Pokémon knows as well as that Pokémon’s level. Seeing the Pokémon in person is not necessary either; a video or photograph can be scanned as well.

Pokedexes also serve as a form of ID for traveling Trainers. A Trainer's Pokedex must be scanned by officials in order for a Trainer to register for any Pokémon League competition. The Pokedex must also be scanned alongside the Trainer's eight badges when they arrive to enter the tournament. 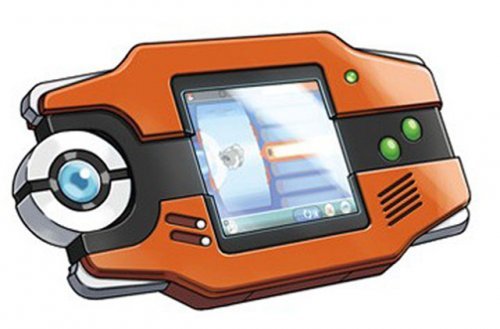 The latest Pokedex, the second model from the Hoenn region, was modeled after the Gameboy Advance

Like in the video games, the Pokedex has undergone several upgrades over time. The physical shape of the Pokedex differentiates the devices between regions, with each region having its own model of Pokedex. Upgrades to the Pokedex’s software are also necessary for Trainers who seek to travel to new regions. Satoshi must upgrade his Pokedex over time to account for newly discovered species of Pokémon. When he initially met the Trainer Pansy from the Kalos region, he tried to scan her Kalos-native Pokémon with his Unova Pokedex and received a “no data” message.

A Pokedex is the most important tool in any Pokémon Trainer’s arsenal, providing an advantage in battle and other useful features for their everyday travels. As the series continues, we are sure to see more upgrades and uses for the Pokedex.

Initial D is the grittier anime equivalent of those adrenaline pumping fantasy car movies like Fast and Furious or Need For Speed. But one thing the movies and this series shares is a lineup of the sexiest cars around.

Anime We Can't Wait to Watch in Virtual Reality

Virtual Reality is coming. We live in a world where you will soon be able to explore the setting of your favorite anime in full VR. Welcome to the future.