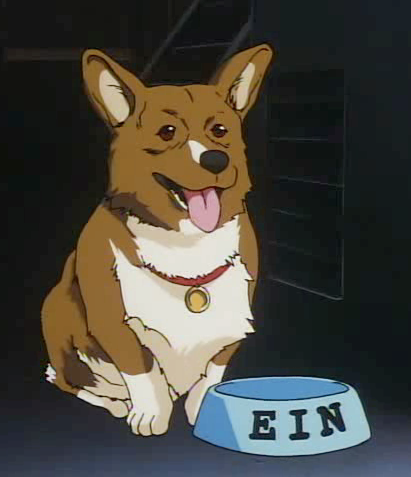 You’ve probably seen him all over the internet, an adorable dog with short legs and big ears: the corgi. Specifically, this corgi is the adorable Ein from the anime series Cowboy Bebop. Let’s find out a little bit about one of the most famous anime dogs.
Ein is a Pembroke Welsh Corgi, one of the smallest herding dogs in the world. Queen Elizabeth II famously owned a number of them during her reign. The Pembroke Welsh Corgi has large ears that stand erect almost like a fox’s. They generally have short tails, which are sometimes docked. They generally don’t grow much taller than 10 or 12 inches, and usually don’t weigh much more than 30 pounds. Pembroke Welsh Corgis are well liked as pets for their affectionate temperament and their ease of training.
Ein is no regular Pembroke Corgi, however; in fact, he's a research specimen. In session 2 of Cowboy Bebop, "Stray Dog Strut", Spike and Jet head to Mars tracking a target who has been reported to have stolen a valuable lab animal. The man in question, Abdul Hakim, actually loses the briefcase containing the specimen. Spike catches the man who has stolen Abdul’s briefcase attempting to sell the specimen at a pet store and orders the store owner to open the case,
revealing Ein. In Typical Cowboy Bebop
style, chaos ensues shortly after, and
Ein soon finds his way onto the crew of the Bebop. 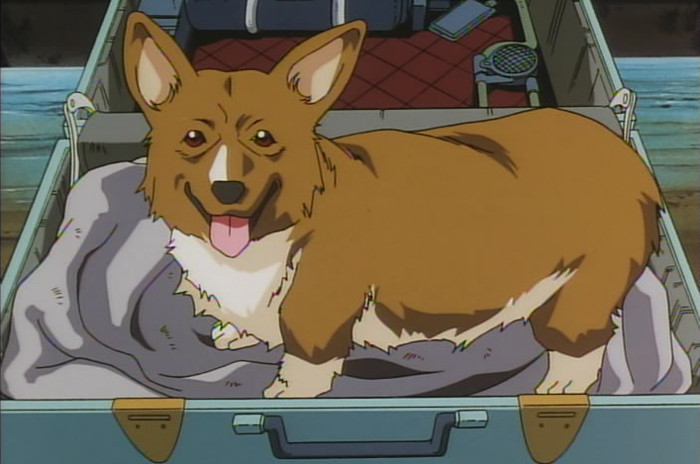 We learn shortly that Ein is a data dog. Though the methods are unclear, Ein’s intelligence has been greatly increased by the research facility he was stolen from. It is almost certainly where he earned his name, which is likely short for Einstein. Throughout the show, Ein repeatedly demonstrates this increased intelligence, though this mostly goes unnoticed by the crew. Ein answers the phone, suggests shogi moves for Jet, and even manages to hack his way into a website within seconds. In one episode, he even seems to ask a cow for a favor for the crew. Ein is a quiet asset to the Bebop’s crew. He may not be large, but he has a lot of character despite his size. Unfortunately, despite his intelligence, Ein is unable to speak. Ed is the only one who seems to understand what he means when he barks, and the two become inseparable quickly. Interestingly, all of Ein’s vocalizations were done by a Corgi belonging to the show’s producer. 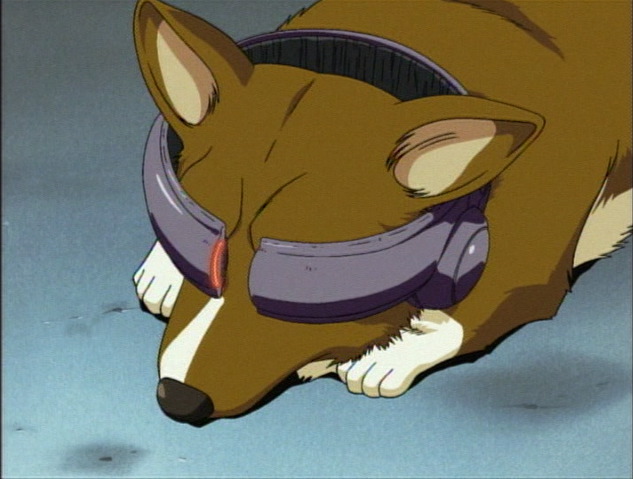 Ein doing a bit of Hacking

It’s easy to see why Ein has become so popular. He’s smart, he’s adorable, and he’s a valuable member of the Bebop’s crew.

Things get a little weird on Cowboy Bebop