For a show with no romance, Karneval features a lot of physical affection. Filled with hugs and cuddles, it's still never romantic. The only thing nobody ever does is kiss each other. Not even once. But oddly enough, the grumpiest character in the show is the one who gets *almost* kissed the most. 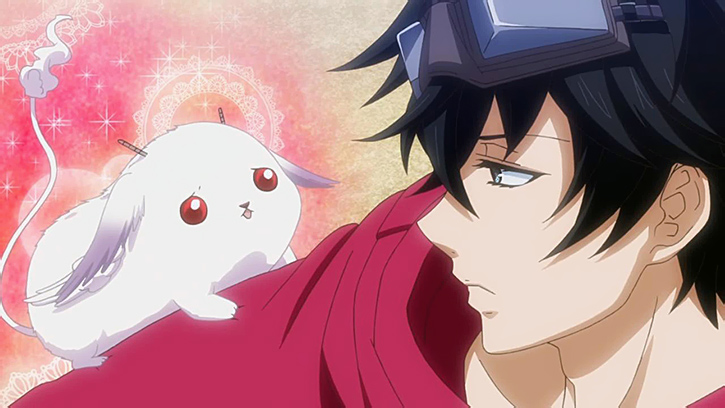 Karneval is one of those rare anime with no romance. Instead, Karneval is packed with colorful platonic relationships, most of which feature extreme affection.

Platonic affection is used to terrorize the resident tsundere, Gareki. Cuddling, squealing, surprise hugs, basically everything physical and outrageous is used to deeply embarrass Gareki. In some cases, he himself is attacked by such violent emotions and it takes all his willpower not to join in.

It's surprising the show didn't cross the line to include platonic kisses. In the hair, on the forehead, against the cheek... anywhere! But a kiss almost happened on multiple occasions. So here's checking off the moments someone almost got royally smooched.

When Gareki Realized that Nai is Literally a Tiny Fluffy Animal 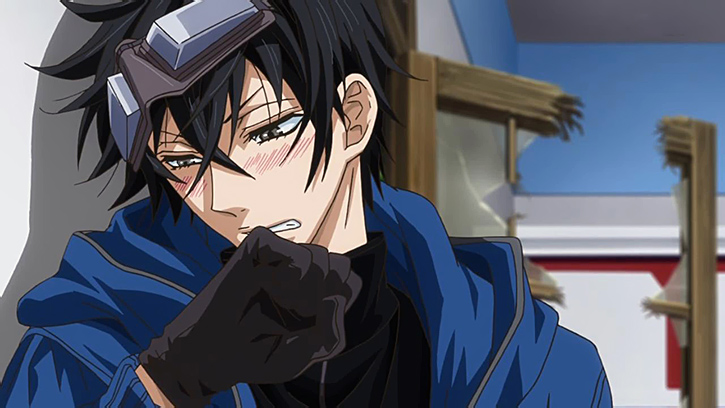 Gareki already thought of Nai as an adopted younger brother. But the revelation that he is actually a bunny-like, part animal/part human being was just too much. His brain exploded with mental images of Nai as a fluffy animal, and the tough guy just couldn't take it. It's one of the biggest marvels of the show that he didn't squish Nai on the spot.

When Yogi Fails to Save Our Favorite Tough Guy 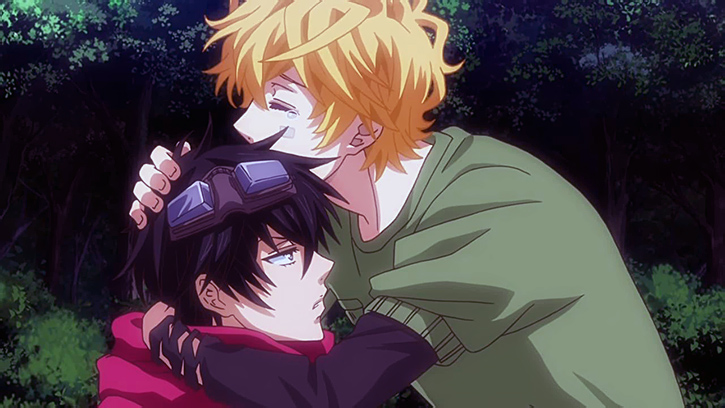 When Yogi saw Gareki under a pile of gooey Bestial Varuga, he froze in horror. Petrified by the idea that Gareki may already be dead, he was beaten to the actual rescue by Iva. Fortunately, Gareki was not dead. In joy over this revelation and sorrow at his failure, Yogi embraced Gareki with giant tears in his eyes. It's probably best Yogi didn't take it a step further and kiss his still-living-friend. Most likely, Gareki would have punched him in return.

When Everyone Fell Apart at Temporarily Losing their Favorite Grumpy-Pants 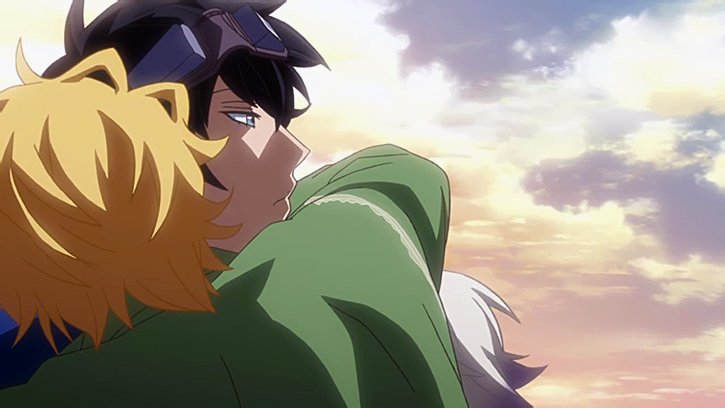 It's hard to say who was most susceptible to kissing or being kissed here. When Gareki leaves to go to become a true member of Circus, all this friends crush him in hugs and tears. On his part, he nearly falls completely apart when Nai grabs his hand to check if he's warm. To stop himself from doing anything too mushy, he punches Nai in the face with a stuffed animal. Such a shame.

Karneval truly is a perfect show for the bro-ship lovers among us. Even better if you have a weakness for "tough dude with a mushy center adopts little dude and cuteness abounds" types of situations. It's too bad the show doesn't take that last step of squishy joy and have Gareki participate in a highly embarrassing kiss (only embarrassing for him)! But oh well. We love him just as he is.