Between the grim war against the Novas and the constant conflict between the Pandoras, there are a few genuine funny moments in the story. Here are a four of them that are good for a quick laugh!

The following only takes into account the first season of the Freezing anime.

He Touched the Untouchable Queen

Satellizer el Bridget has a reputation in Freezing for inflicting bodily harm upon anyone who touches her, which eventually led to her receiving the moniker ‘Untouchable Queen’ from her peers. The typical reaction when she enters the cafeteria is for everyone to part like the Red Sea and stay out of her way… except for Kazuya Aoi. Instead of fleeing, like most sensible non-protagonists, he runs up and grabs her hand. 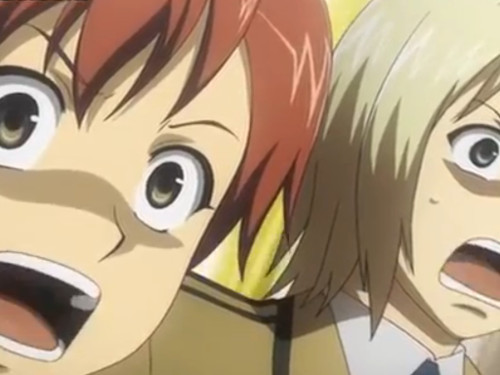 This is the reaction from just about everyone else. Thankfully, she doesn't instantly skewer him and the series continues onward.

An Order from the President

In Freezing, the school likes to enforce a hierarchy system where the younger students do what the older students want them to (within reasonable limits). Miyabi Kannazuki is a third-year who abuses this, one of many actually, and is about to be on the receiving end of Satellizer’s Volt Weapon for it. That’s when Chiffon Fairchild arrives on the scene to prevent things getting further out of hand. 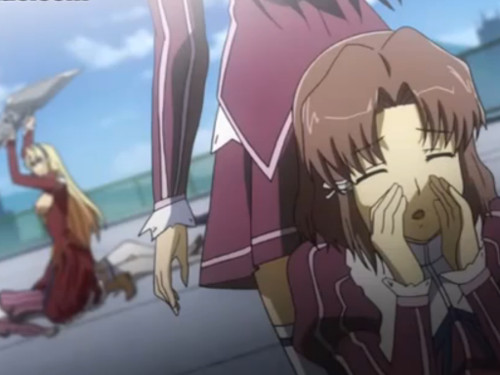 Needless to say, Satellizer promptly ignores her orders to cease and desist. Probably because Chiffon was cowering behind another student in terror. This is supposed to be the strongest Pandora in the school, by the way.

There's a funny moment in Freezing that comes courtesy of Genessa Roland's Limiter, Arthur Crypton. During his First Room Invitation, which is the first time a Pandora invites a Limiter to her room so they can get to know one another intimately, he was understandably nervous. So he decided to indulge in a few sips of alcohol to calm himself down. 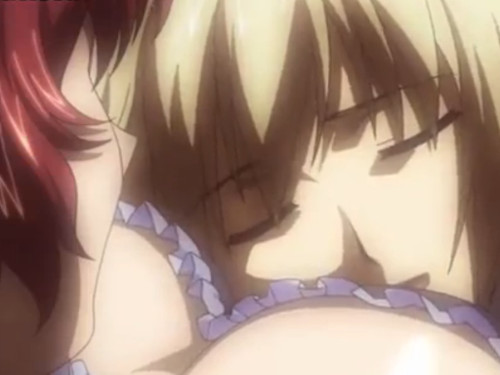 In his own words, he may have gotten a little too liquored up. Arthur passed out and fell asleep right then and there, with a goofy smile plastered on his face. It wasn't exactly the night either of them had planned, but they seem happy enough in the present. All's well that ends well.

After Rana Linchen makes her appearance, she falls for Kazuya pretty hard and wants to be by his side no matter what. Her attempt at seduction is… less than subtle, to say the least. Unfortunately for her, Satellizer calls dibs first and makes it clear that she isn't going to give him up. As the situation was obviously Freezing, an epic battle between them was inevitable. 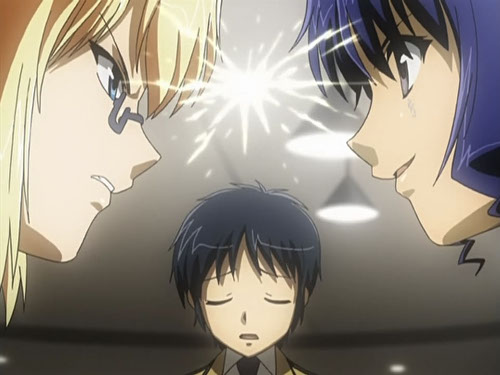 Even after the resulting brawl, and Kazuya making it clear he's happy with his current arrangement, neither one will give up on him. They keep going after him from different angles until Kazuya can literally see the sparks between them and wonders what he’s gotten himself into.