In Diamond no Ace: Second Season Episode 17, we ask the question: With aces like these, who needs scrubs? 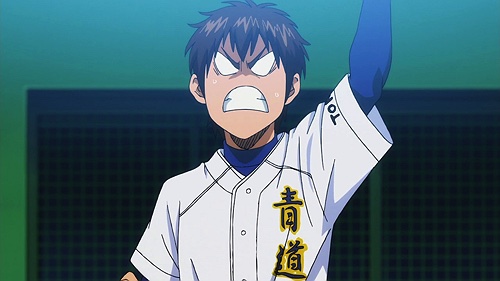 In this episode of Diamond no Ace: Second Season we wonder: eight innings of Furuya pitching or a colonoscopy - which one seems to last longer? At long last, this proctological exam of a game is nearing its close, and we're finally going to get some interesting developments in the next episode. Unfortunately this all-or-nothing quality to Daiya no A is just a part of the fabric of the series - it just tends to be either really on or really off. I'm used to it, but that doesn't make the troughs any easier to love. 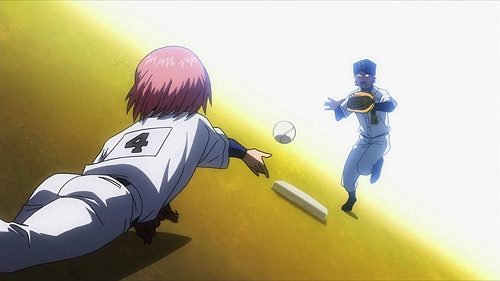 I'm continually baffled by Kataoka's coaching. Let's be clear about one thing: pulling the infield in with a 3-run lead and the bases loaded, nobody out in the 8th is stupid. That BS about being aggressive is just manga talk - no manager in his right mind would make that call. But when Kataoka does something stupid he's often rewarded, and so it was the case here when his team gets a force out at the plate - but I would argue they'd have been better off giving up that 6th run and turning a double-play. 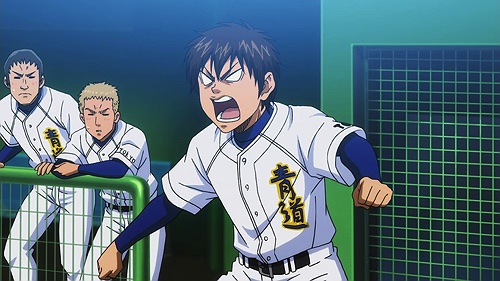 Let's be clear about something else, too - seven runs in eight innings is bad pitching. Yeah, there was a bad hop single (unless they called it a tough error on Haruichi) mixed in there, but Furuya's results here are not impressive. That's important because it reflects badly on the coach for sticking with him too long, but also because it makes it very hard to accept what the show is selling - that this marks some kind of great progress for Furuya. Unless you're a believer in Ochiai's theory that the ace should be allowed to pitch till his arm falls off regardless of results, this was a bad performance by both the pitcher and the coach. 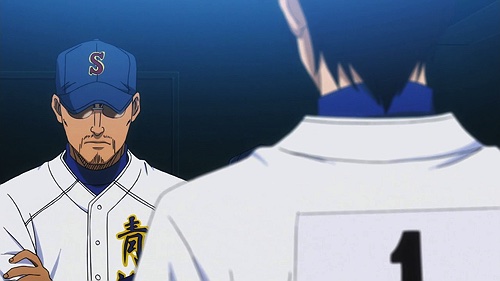 Still, it does leave things in a place where they're finally about to get really interesting. It's funny that it's Eijun's unfiltered pep talk from the dugout that pushes Furuya to get the last out of the 8th, because Furuya would never be bothered to say an encouraging word to any teammate, never mind Eijun. The guy pitches in a vacuum, plain and simple - within that vacuum his selfish desire to own the mound is sort of admirable in an ace, but he's showing no signs he's learning how to fit that into the context of being part of a team. Eijun's blunt honesty is striking here - he flat-out admits that he hates that Furuya has the ability to bowl right over opponents with sheer power, and he doesn't. But when have we ever seen Eijun be less than honest? 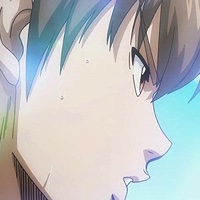 What's really interesting is what Kataoka decides to do to start the ninth, with Seidou's lead cut to 8-7 (pending their turn at-bat in the bottom of the eighth). The circus atmosphere - the crowd is rowdily in underdog Ugumori's camp now, taken by their feckless relentlessness - has everyone on Seidou rattled. And Kataoka is smart enough at least to realize what Miyuki is thinking - Kawakami just can't handle a situation like this. It's telling that when the game is on the line, Kataoka trusts Eijun - he recognizes his fearlessness and maniacal competitiveness. Nori, sadly, has never been very good in all the time we've watched him - not good at handling adversity especially. In a very real sense I think Eijun has already become the ace of this team, even if he doesn't wear the number - because of the three Seidou pitchers, he's the one you want to have the ball when the stakes are most urgent and the situation most dire. From the low point of Summer Koushien when the entire team was in disarray, it's Eijun who's learned and developed the most. Doesn't sound like a baka to me...