Dragon Ball Z is known for being heavy on action, and light on plot. The fights in the series are largely power clashes, but is there a bit more going on under the surface? (Spoiler Alert!) 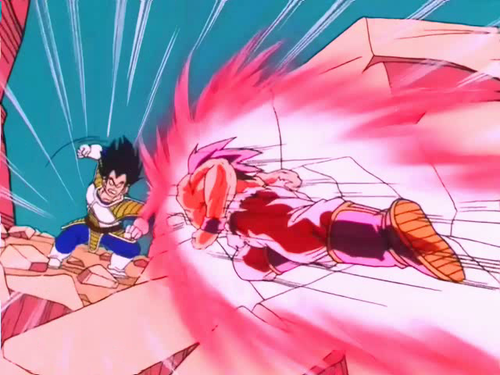 Battles in Dragon Ball Z are often simpler than battles in other animes. Whoever has the higher power level wins. If the fighters have close power levels, the fight might drag out. If there's a significant difference in power, the fight usually ends in a few seconds. At first glance this seems to be the rule, but is there more to it than that? This article will reveal common strategies used throughout Dragon Ball Z by examining three battles.

The Ginyu Force vs Vegeta, Krillin, and Gohan 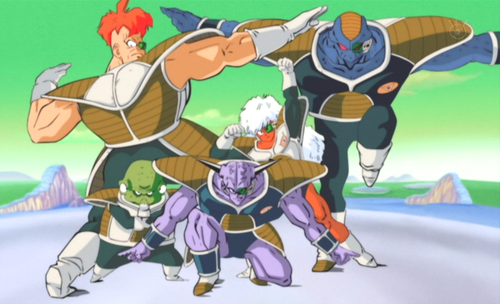 Frieza, being the first "big bad" in Dragon Ball Z, employs a variety of fighters to do his bidding. The most powerful fighters he has under his thumb are the Ginyu Force. The Ginyu Force are a special task force Frieza calls for the most delicate of missions. After Vegeta steals the Dragon Balls and allies himself with Gohan and Krillin, Frieza calls The Ginyu Force to Planet Namek to retrieve them and deal with the troublemakers. The Ginyu Force are extremely powerful, with abilities that far outstripped Vegeta and the Earthlings, however the unlikely allies have a few tricks up their sleeves that balance things out until help arrives. 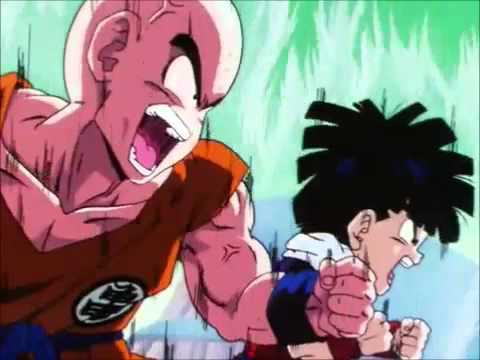 Suppressing one's true power is a technique commonly used by Earth warriors in Dragon Ball Z. Vegeta, being an amazingly gifted warrior, learns this ability quickly after his defeat at the hands of Goku and Gohan. The ability to suppress one's power level is a handy trick against Frieza and his henchmen, since they rely on devices called Scouters that measure their opponents power with numbers. Gohan and Krillin easily get the drop on the Ginyu Force's weakest member Guldo with this ability. 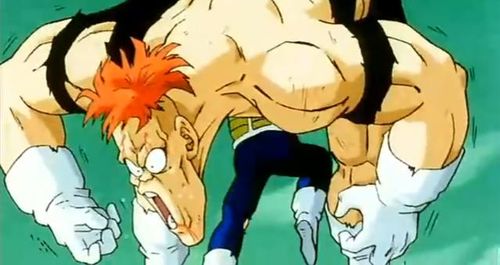 Once again suppressed power comes into play as Vegeta launches a devastating attack against an unsuspecting Recoome.

A Saiyan Raised On Earth 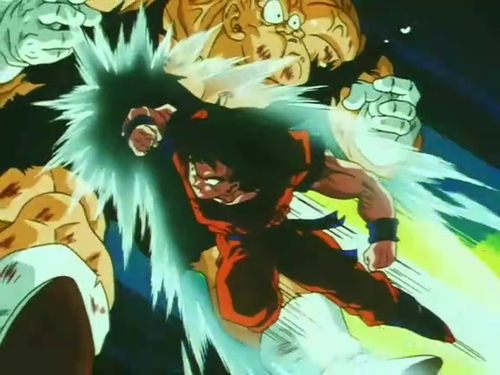 After training at 100x Earth's gravity on the way to Namek, Goku has broken his own limits. He's now capable of generating power far above that of the Ginyu Force, but like the others he keeps his real power secret. The Ginyu Force, relying on their scouters, mistake Goku for a weakling. Over the course of the battle Goku hides his true power and raises it at an instantaneous speed, bypassing the Ginyu Force's scouters in the process. Furthermore, Goku can now maintain the dangerous Kaio-Ken technique much easier -- having pushed his body so hard. 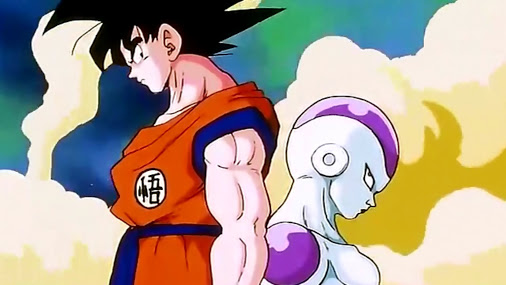 While Goku is recuperating inside a Healing Chamber, Vegeta, Gohan and Krillin do battle against the near invincible Frieza. Goku emerges to help, but how does he prevail against the strongest being in Dragon Ball Z at the time? Battle strategy plays a much greater role than pure brute strength. 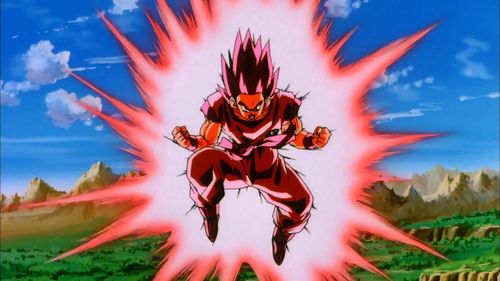 Goku's power has increased tremendously. But his base power alone is no match for Frieza. Goku evens the odds with his Kaio-Ken. By the time he does battle with Frieza, Goku's body can sustain so much strain that it doesn't seem like he's using the Kaio-Ken for most of the battle. In fact, the only time the Kaio-Ken becomes visible is when Goku pushes himself to a Kaio-Kenx20, the highest Kaio-Ken he's used in non-filler episodes of Dragon Ball Z. 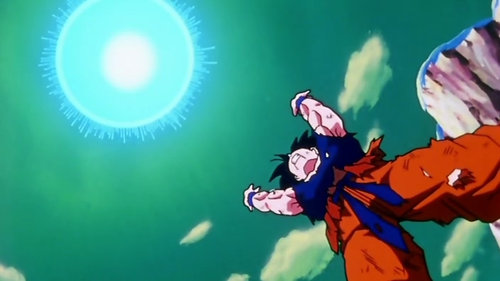 While Goku gathers energy for a Spirit Bomb, an overconfident Frieza toys with him and beats down on his allies. By the time Frieza realizes what Goku has been up to, it's too late. Using a villain's confidence against them is a common strategy employed by fighters in Dragon Ball Z.

Goku and Gohan vs Cell 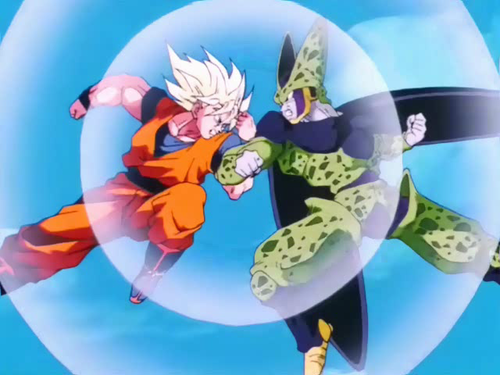 After achieving his Perfect form, Cell decides to hold a tournament to test his strength. All of the Z Fighters prepare for the battle, some of whom train in the Room of Spirit and Time, an alternate dimension that has great training benefits. It is within this room that Goku and Gohan master their Super Saiyan forms, and Goku makes a valuable discovery regarding Gohan. 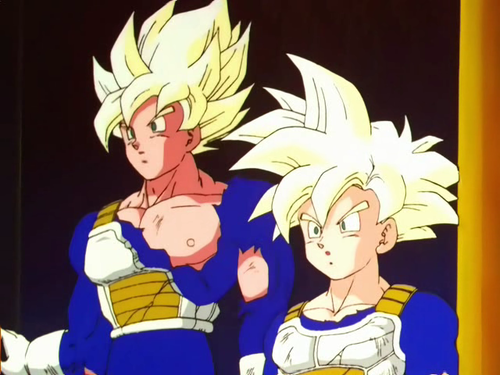 The idea of mastering Super Saiyan was brilliant on Goku's part. Despite the huge increase in power Super Saiyans grants, the form burns a huge amount of energy and prevents the user from fighting with a clear head since they become consumed by their own anger. A Mastered Super Saiyan not only generates an unbelievable amount of power, but also fights as clearheaded as they would in their normal states. 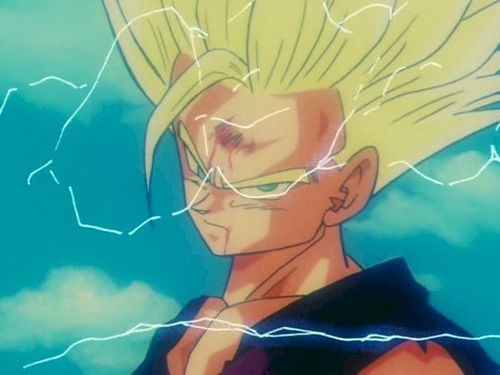 After being overwhelmed by Cell, Goku does the unthinkable and announces Gohan as Cell's next opponent. Gohan is not only a Mastered Super Saiyan like Goku, but also has a hidden power that briefly comes out when Gohan's enraged. The true turning point in the battle against Cell occurs when Gohan outstrips even Goku's expectations. After being pushed by a curious (and overconfident) Cell, Gohan's hidden power rushes to the surface and triggers a new Super Saiyan transformation. Gohan becomes a Super Saiyan 2 and brutalizes Cell over the course of their first battle. 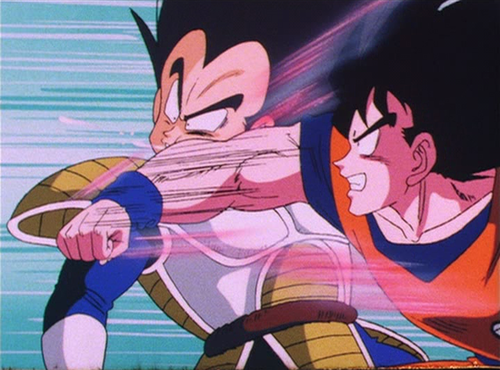 While it might seem that Dragon Ball Z relies on constant power crashes in it's fight scenes, closer watching shows that strategy is commonly employed by fighters. These three battles were just a few examples of a fighter in Dragon Ball Z using strategy to defeat, or survive against, an enemy.