Shimoneta to Iu Gainen ga Sonzai Shinai Taikutsu na Sekai is the most biting piece of satire of the Japanese political landscape anime has produced in years. No really. 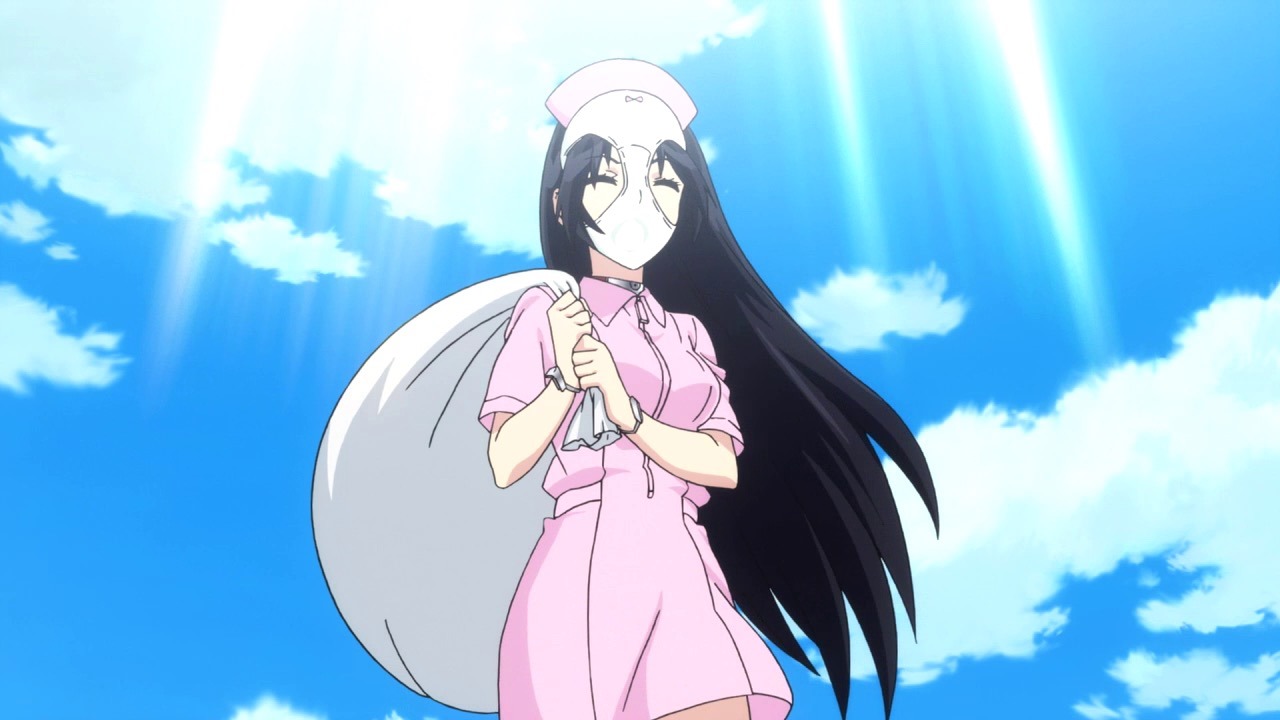 Shimoneta to Iu Gainen ga Sonzai Shinai Taikutsu na Sekai, SHIMONETA: A Boring World Where the Concept of Dirty Jokes Doesn't Exist, or just "Shimoneta", is the most biting piece of serious Japanese societal satire this anime season with the most relevance to current political events in the country, particularly when it comes to anime and manga. OK it does involve a lady dashing about with a pair of underwear on her face as she tosses out pictures of naked ladies. OK sure it has a room full of highschool students collapse in confused ecstasy as a pair of flies have sex. And yes it might indeed, in its latest episode, have a girl walking home as a trail of something glistening and highly suspicious follows her home. But hey, you don't get good satire without pushing a few boundaries.

Shimoneta is set in a dark dystopian future in which the government can tell if you're watching porn...wait no the government already knows if you're watching porn in real life, so never mind. People wear these bracelets and chokers that can track everything from what you write, what you draw and even what you say. If you say anything that might be considered dirty, such as commenting on how you would like to rub your naked body all over your sexy sempai in the vain hope that he finally notices you, the government will be alerted and you will be arrested and taken away. Not sure what happens then but I'm assuming some sort of Big Brother style Room 101 business until you can only think clean thoughts. 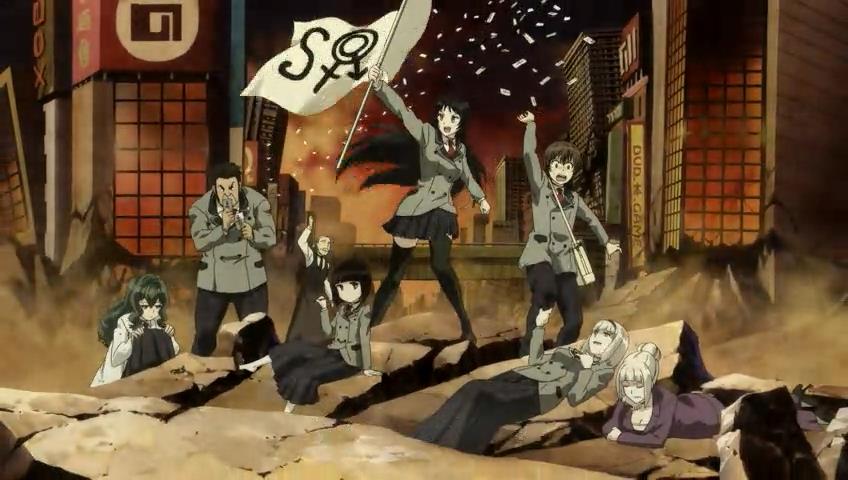 This is genuinely not as ridiculous as it sounds. A few years ago, the then Tokyo governor and resident raving loony madman Shintaro Ishihara (give him a quick google and have a fun time reading some of his utterly marvelous quotes) helped bring in the Tokyo Youth Ordinance Bill created with the idea of making sure no children got their hands on entertainment that might give them funny ideas about sex. Not just porn or anything like that. Rather it meant slap big fat 18+ stickers on anything that had improper relationships, from incest to large age gaps to homosexuality. This effectively bans these sorts of materials since publishers aren't going to greenlight something that will have to be hidden behind a plastic wrapper. In this sort of environment, something as important as Sailor Moon might not have been made.

Back to Shimoneta, or to give it its full title, 'A Boring World Where the Concept of Dirty Jokes Doesn't Exist', the name of the bill in the show is called the 'Law for Public Order and Morals in Healthy Child-Raising'. Back in Japan, the full name of the bill cooked up by Ishihara was the 'Tokyo Metropolitan Ordinance Regarding the Healthy Development of Youths'. The images in Shimoneta of swat teams blowing up buildings in Akihabara, burning doujins with semi naked ladies on the cover might indeed be ridiculous, but it's merely a logical extension of the laws already introduced in Japan. We are going to severely limit the creative freedom of artists so that children cannot learn about sex. 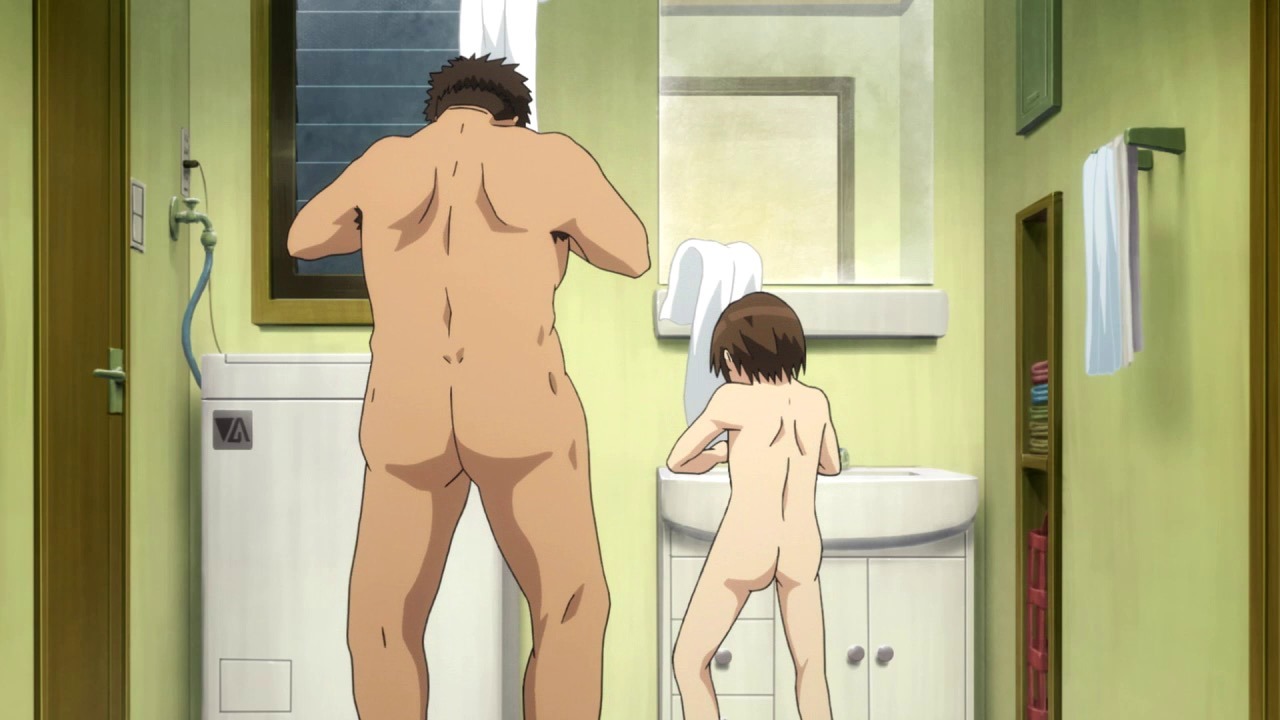 The laws work about as effectively in Shimoneta as they would do in real life, which is to say they make everything worse. Teenagers are still going to have sexual urges, but now they just don't understand the sensations. There's a quick little scene in episode 1 where two dudes are standing in the toilets discussing the rumours of what would happen if they touched their cucumbers too much. It's a load of hilarious misinformation which in reality is quite dangerous to have. It's like not giving kids sex education because you want to prevent them having sex, but all it does is result in increased teen pregnancies because they don't understand what they're doing, what safe sex is, or why it would be required. It can also, as episode 4 rather graphically demonstrates, result in rape because you don't understand what consent is and are purely acting on impulses you don't understand because nobody taught you otherwise.

This all sounds like quite a high concept for a dumb light novel title which has people running about with underwear on their head as people mistake a girl just enjoying a nice mushroom with an usual amount of saliva with something more NSFW, but that's satire. Is South Park devoid of cultural meaning and impact because they swear a whole lot? When Jonathon Swift wrote A Modest Proposal suggesting people eat the poor, did that become less of an important cultural document because it was so ridiculous? I'm not saying Shimoneta gets everything right. It has a bit of an issue with understanding there's a bit of a difference between freedom of speech and sexual harassment, namely that the freedom to shout about genitals at the top of your voice does not also mean you are allowed to grab a woman in the street and pull down her pants. That's kind of a big issue. But for what it is and what it's trying to achieve, I love it. 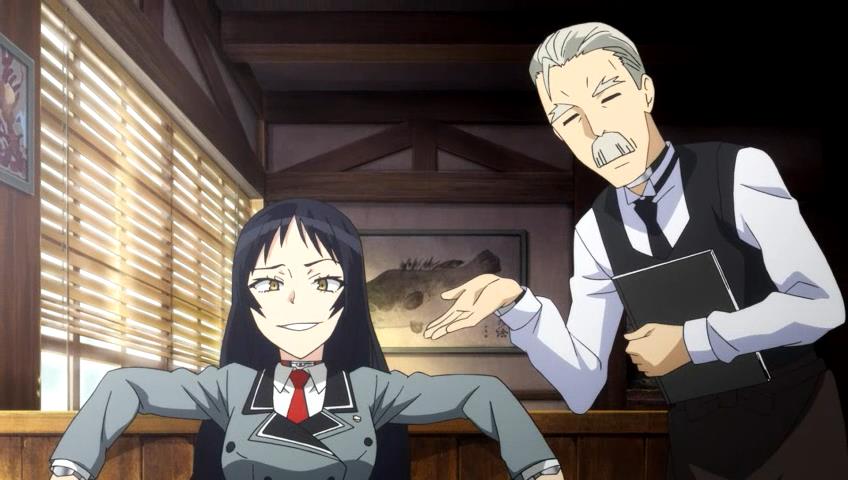