The plot of Soul Eater is fantastic, but one of the anime's best features is its interpretation of the weapon as a living person. Not only do weapons in Soul Eater have personalities, but also extensive and incredibly interesting backgrounds. Read on to learn more about how they work! 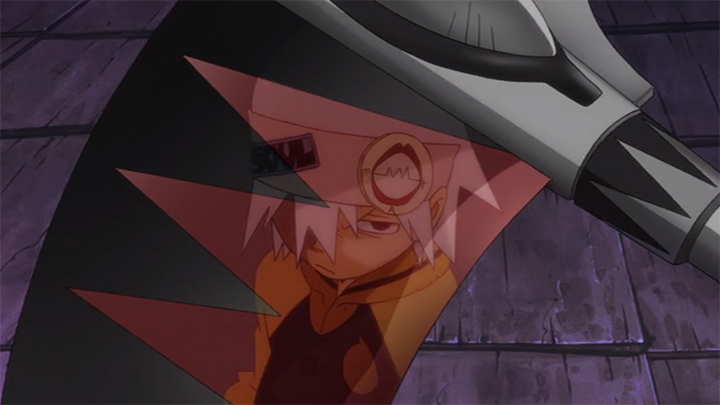 A big part of Soul Eater's attraction comes from its unique take on the weapon. In the series, weapons are living, breathing creatures in human form, and they only transform into physical weapon form to fight. Weapon mechanics are explained in small segments throughout the anime, but sometimes it's difficult to put all of the information together. To ease your understanding of weapons in Soul Eater, here's a brief overview of their technical aspects! 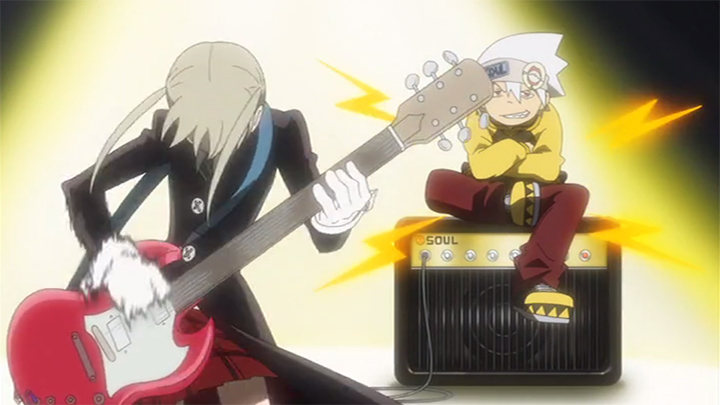 With a few exceptions, weapons generally fight in conjunction with their human meisters. When fighting, they transform into the more standard weapon appearance that we're used to, such as swords, guns, etc., and meisters swing them about in much the same way that people traditionally use weapons—at least on the surface. On a deeper level, there's a complex development that's occurring between the weapon and meister. In the series, the way that weapons function is compared to how amplifiers work for electric guitars: the meister has a certain attack ability, or wavelength, and the weapon allows the meister to channel and amplify that wavelength into a powerful, tangible form. To fight at their highest potential, the meister and weapon must be in tune with each other, for if they are not, even something so simple as holding the weapon can be a challenge. 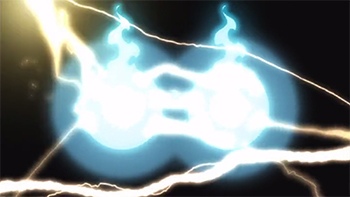 To heighten their attack potential, the meister and weapon can induce Soul Resonance, in which the weapon amplifies the meister's wavelength, the meister in turn amplifies the weapon's wavelength, and then the process repeats and repeats again to boost the pair's power to a much higher level. (Continuing with the analogy that the anime sets out, the process is much like audio feedback.) When resonating, the weapon often changes form, and the duo are able to perform much stronger attacks. 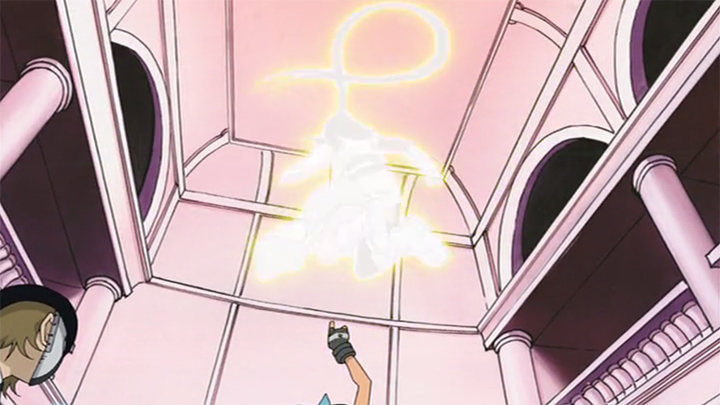 As stated previously, weapons usually take on human form and transform only for battle. Not all weapons are created equal, however, and not all weapons transform in the same way. For example, most weapons, such as Liz and Patty (pistols), Marie (hammer), and Nygus (knife), transform directly into their respective weapon forms. On the other hand, some weapons, such as Soul and Spirit (scythes) can engage in partial transformations, changing only certain parts of their bodies to certain aspects of their weapons depending on the occasion. In addition, there are outliers like Tsubaki, who is able to change into several different weapon forms: sickle, smoke bomb, shuriken, etc. 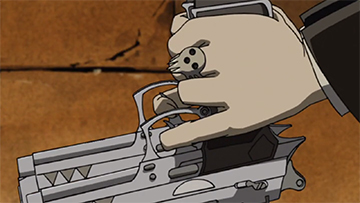 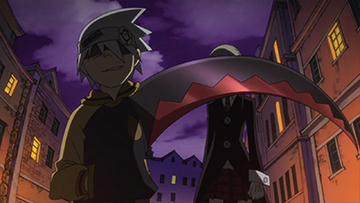 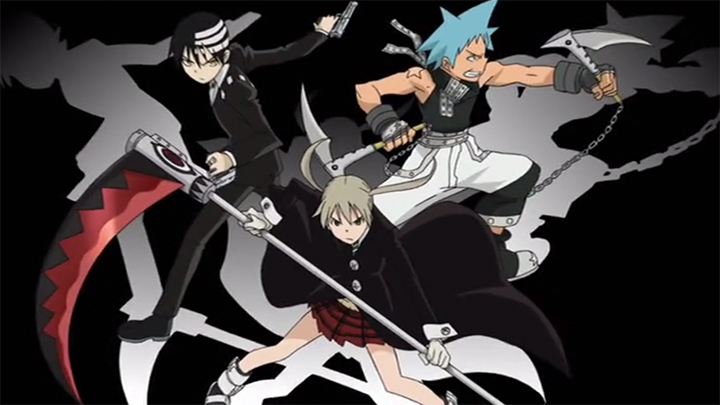 Most weapons have a chosen partner, but that partner is not necessarily the weapon's only user. For example, Maka and Soul are partners, but Black☆Star occasionally borrows Soul, and on one occasion, Tsubaki suggests working with Maka. Despite their flexibility, however, weapons do work best with their own partners because their wavelengths are most complimentary.

While most weapons are wielded by meisters, a few, such as Justin, fight independently. These weapons, naturally, are ones that can execute partial transformations, and they use a combination of their human and weapon forms to engage in battle. Another anomaly is the sibling set Liz and Patty Thompson, who, despite being Death the Kid's weapons, sometimes fight using each other. 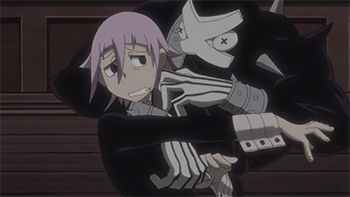 An even stranger case is Crona and Ragnarok, who share the same body, but depending on Ragnarok's form, the person in charge seems to change. When Ragnarok is in sword form, Crona does most of the maneuvering, but since Ragnarok is actually an extension of Crona's blood, he sometimes acts independently to control the way that blood moves outside of Crona's body. 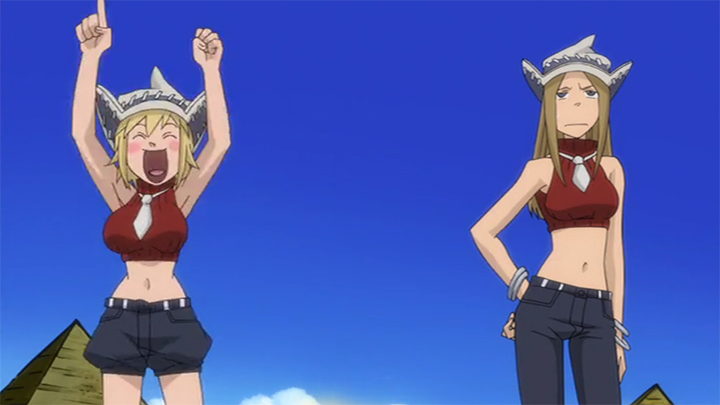 "Weapon-ness" is genetic, with similar weapon features passed on within bloodlines. In the case of Tsubaki, who belongs to the Nakatsukasa clan, the multi-form weapon ability is (usually) passed on to the oldest son, although Tsubaki is a special exception. Additionally, we see sibling pairs such as Liz and Patty and Fire and Thunder, in which the weapon form and abilities of one sibling are nearly identical to those of the other. 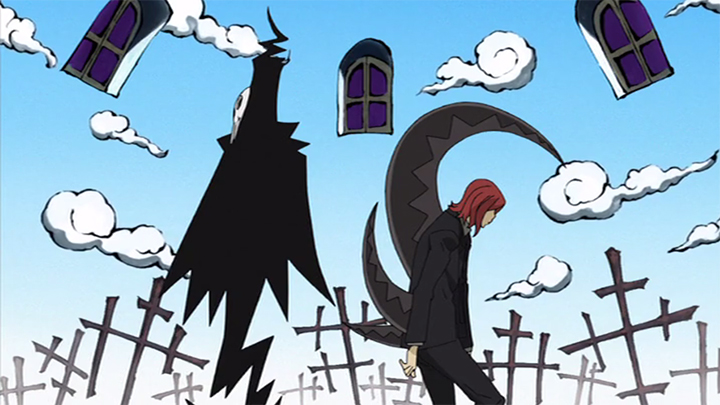 The ultimate form of a weapon is considered the Death Scythe, which is attained by consuming ninety-nine Kishin eggs (tainted human souls) and one witch soul, in exactly that sequence. If the sequence is off in any way, the Kishin egg count is reset back to zero, and the weapon must consume another ninety-nine eggs (and then a witch soul). Death Scythes are considered Lord Death's weapons, but for the most part, they continue to fight alongside their existing partners.

The rough opposites of Death Scythes are weapons that cross over to the dark side by consuming the pure souls of innocent humans. These weapons are at the final stage of becoming Kishins and, like Death Scythes, display immeasurable power. 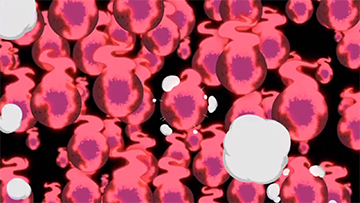 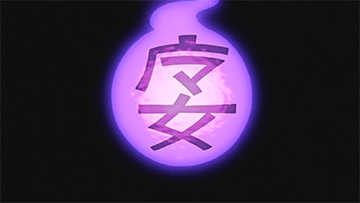 Hopefully by now you've got a more solid understanding of Soul Eater's weapons! Technical information aside, they all have their own distinct personalities (and great designs), and just watching them be themselves is one of the biggest pleasures of Soul Eater.