Dragon Ball Z Action Figures to Level Up Your Collection

It’s no surprise that many collectors love to display the hundreds of action figures that have been made featuring, the characters of Dragon Ball Z. Now, Bandai is once again at the head of the pack with its spectacular S.H. Figuarts toy line, which caters directly to collectors. 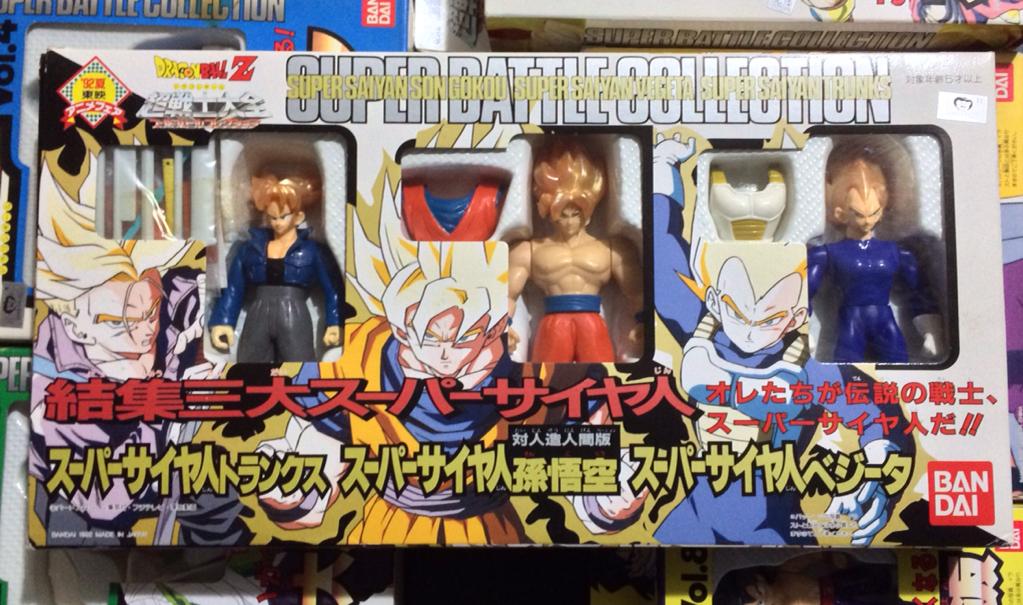 The first major action figure line that tackled the enormous cast of Dragon Ball Z was the Super Battle Collection. Released by Bandai starting in 1991, the Super Battle Collection eventually released more than 40 different action figures. Main characters like Goku and Vegeta received multiple versions that captured them in different Super Saiyan forms, but the line was large enough to give fans plastic recreations of other popular characters like Majin Buu and Frieza. While the figures featured very limited articulation, they were well-sculpted for the time and had removable plastic accessories to give them a more authentic look. Perhaps the most spectacular figure in the series in Son Goku Perfect Version Vol. 00, a figure that features four interchangeable heads representing multiple Super Saiyan modes as well as different arms to recreate specific poses. 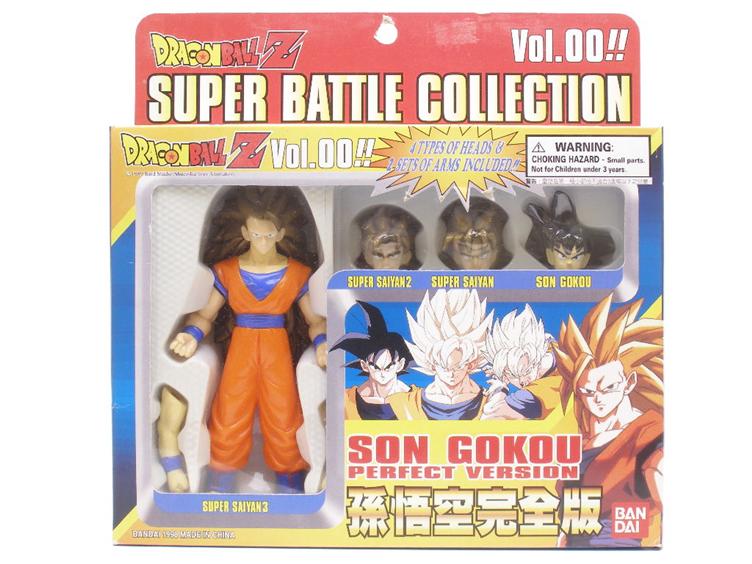 However, the large-sized Super Monkey Baby figure is also quite popular because it’s so much larger than the rest of the figures in the line. Many of these figures were re-released in early 2000 as demand for toys internationally grew, although these figures feature altered paint schemes to distinguish them from the older figures. 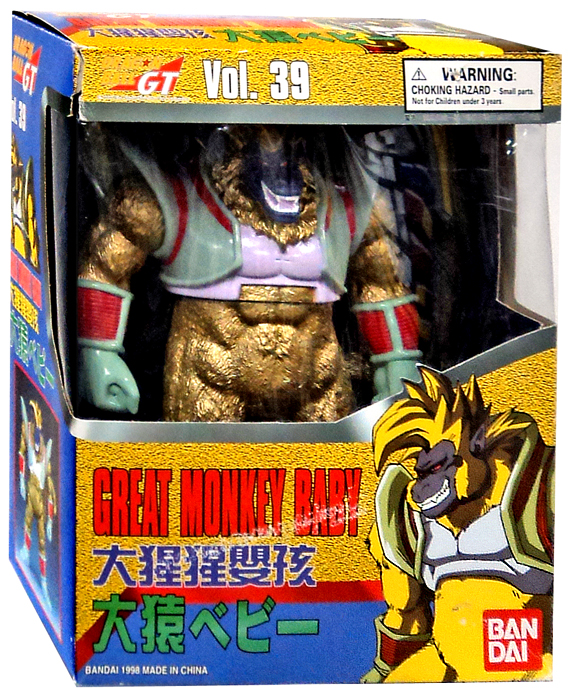 Within the Super Battle Collection was a line referred to as the “92” figures. These figures were made in Japan (the rest of the figures were made in China) and are much more difficult to find. Not all of the characters from the standard release Super Battle Collection were made for this line. The most coveted piece among these figures is the Movie 7 3-Pack. This was released only at the Summer Toei Animation Fair in conjunction with the seventh movie and features the only version of Trunks wearing his Capsule Corp. jacket.

Despite Dragon Ball Z’s global popularity, the Super Battle Collection was the only series of action figures for collectors to find for a large period of time. That changed when a Canadian toy company called Irwin acquired the Dragon Ball Z license. The company began by repackaging several main characters released as part of the Dorda and Super Guerriers lines in Europe. They also ended up re-releasing several figures from the Super Battle Collection line.

However, in 2000, Irwin started making its own line of more poseable Dragon Ball Z action figures. Over the course of 11 series, 72 action figures were released along with several multi-packs and vehicles. The very first series included figures like Nappa, Master Roshi, and Garlic Jr., characters that were never made as part of the Super Battle Collection. One of the most popular sets is the Time Capsule vehicle with exclusive Trunks figure. 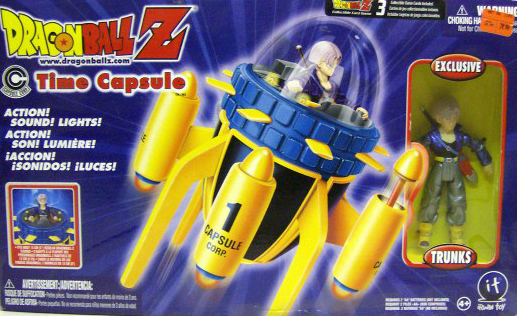 When Irwin Toys went bankrupt in 2002, an American company called Jakks Pacific stepped in and took over the license. These action figures featured even more impressive articulation than their Irwin predecessors. The initial toy line received an incredible 18 series of figures before launching several sub-series and saga-specific series like the Trilogy, 10th Anniversary, Fusion Reborn, Transformation, Saiyan Warriors, and many other series.

With such a comprehensive toy line, it’s no surprise how expensive certain characters are. Many of the most desirable figures are actually from Dragon Ball GT, like Omega Shenron and Nova Shenron. 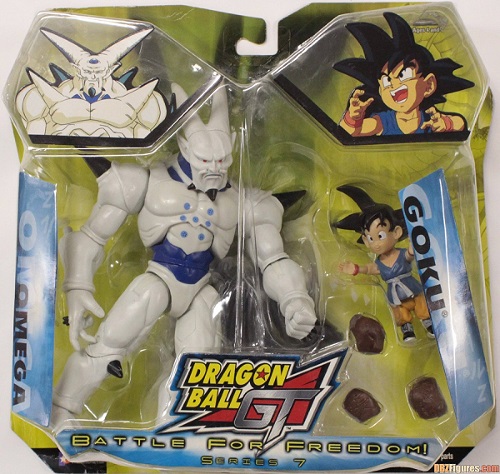 However, Dragon Ball Z characters like Bardock, Movie Collection Trunks, Porunga, Jes, and King Cold remain popular with collectors today, especially since the figures have been discontinued for several years.

While Irwin Toys and Jakks Pacific took the reins on Dragon Ball Z action figures for many years, it seems fitting that Bandai have once again tackled this incredibly popular license with a new line of toys that many collectors consider to be the best ones ever made: the S.H. Figuarts line. These figures represent a state-of-the-art approach to action figure design. These figures are articulated in such a way as to match movements of the human body and come with interchangeable hands and facial expressions so that you can perfectly capture any scene imaginable from either the TV series or the movies.

Bandai started producing these figures late in 2010. So far, 24 figures have been released, with six more scheduled for release soon and five more figures shown with no release yet announced.
The most expensive figure is more valuable now than the vast majority of vintage Dragon Ball Z action figures! It’s the Super Saiyan Son Goku that was released at San Diego Comic Con in 2011. It was one of the earliest releases for the line, but since it’s a key character in a desirable form, many collectors consider it a must-have item and have been pushing the prices up higher and higher as a result. Bandai has continued to release additional San Diego Comic Con exclusive figures like Frieza, Saga, Son Goku, and a special version of Vegeta, though they have not become as expensive as their predecessor.

Kill la Kill took the anime scene by storm a couple of years back and gathered a major following. We are here today to show you the best of the best figures based on this powerhouse anime!