Why would a rebel organization be called Nudist Beach? What are their goals? Who are some key nudists? Let's strip away our life fibers to unravel the secrets of one of Kill la Kill's strangest factions. 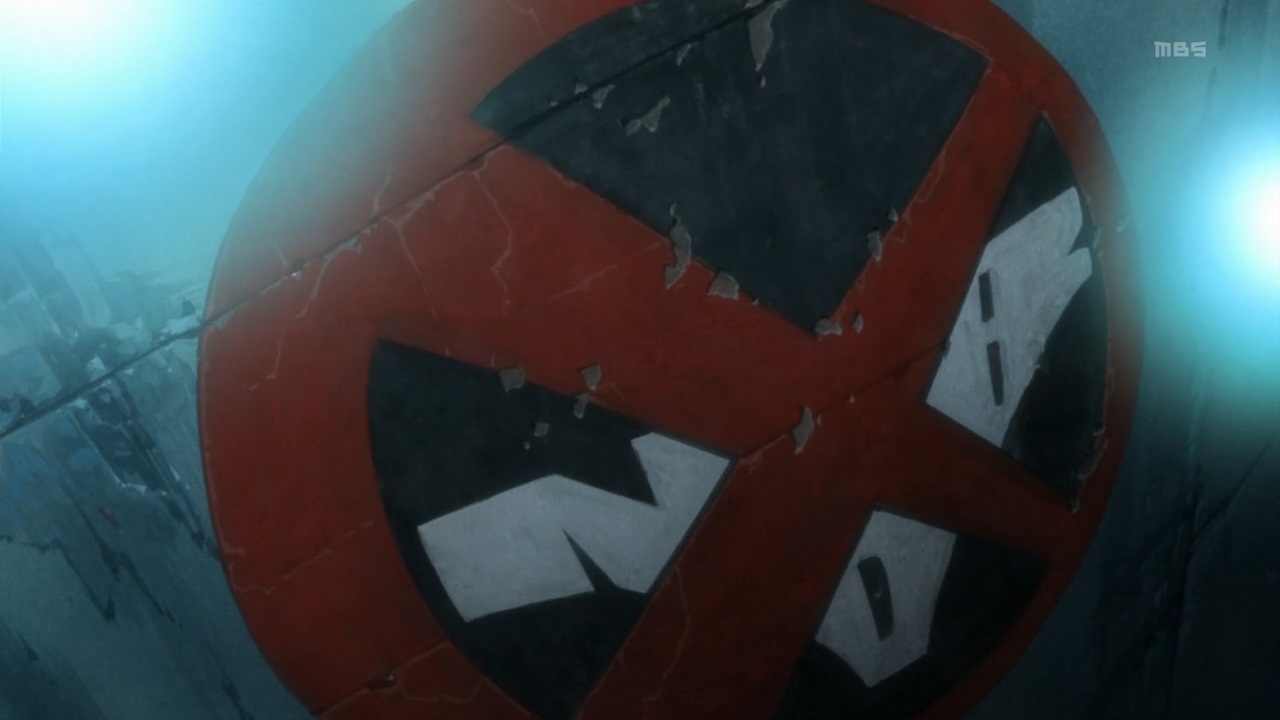 In Kill la Kill, life fibers proved to be a great mystery to the minds of men. Ragyo Kiryuin sent Isshin Matoi, Ryuko's father, to study life fibers and make sense of them. His research found that life fibers posed a huge threat to mankind. He discovered that life fibers were conscious life forms that had the ability to dominate the will of their hosts. Ragyo had intended to use Matoi's studies as market research. As the head of the REVOCS Corporation, she had hoped further understanding would provide her with the ability to make more profit. She also intended to use it to manipulate people because she had a greater knowledge of the powers life fibers possess. However, Matoi felt a moral obligation to fight off the threat of the life fibers and to resist Ragyo's plans of domination. Thus, Nudist Beach was born.

What is Nudist Beach? 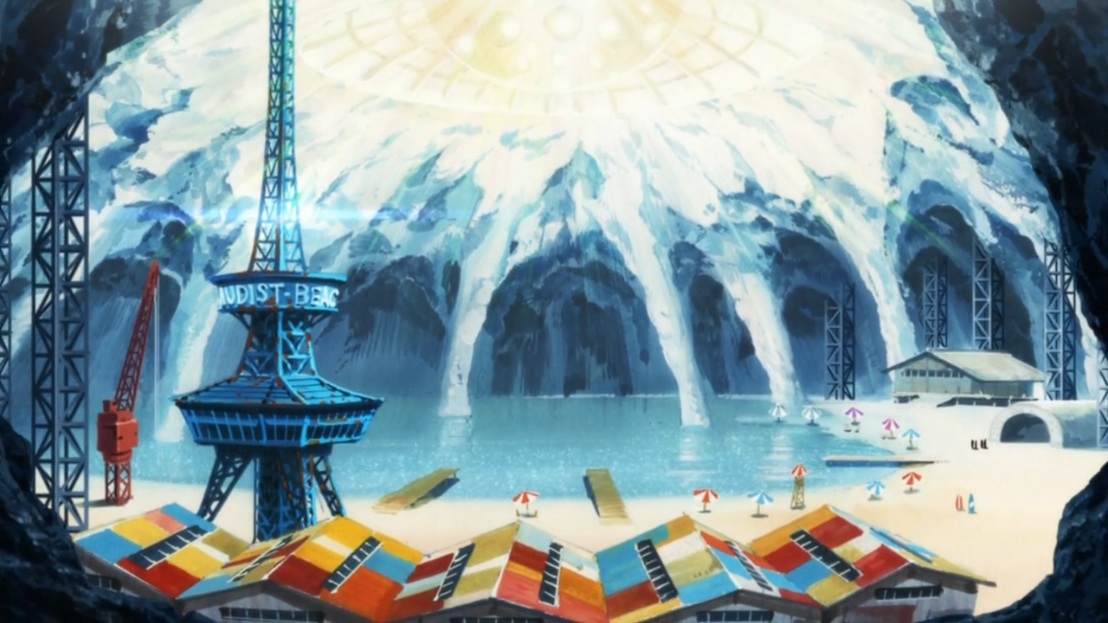 Nudist Beach is a rebel organization whose goals are stopping the Kiryuins and protecting humanity from life fibers. Nudist Beach's headquarters base is located underground, beneath the city of Osaka. Matoi had his hand in several worldwide businesses. He pooled money together from all of these companies to accumulate the finances required to start Nudist Beach.

Being opposed to life fibers means that Nudist Beach obviously does not use them to fight. Instead they have highly advanced technological weapons including the Dotonbori Robo or DTR. The members of Nudist Beach also fight close to naked most of the time! They are usually just wearing a utility belt that hides their private parts. 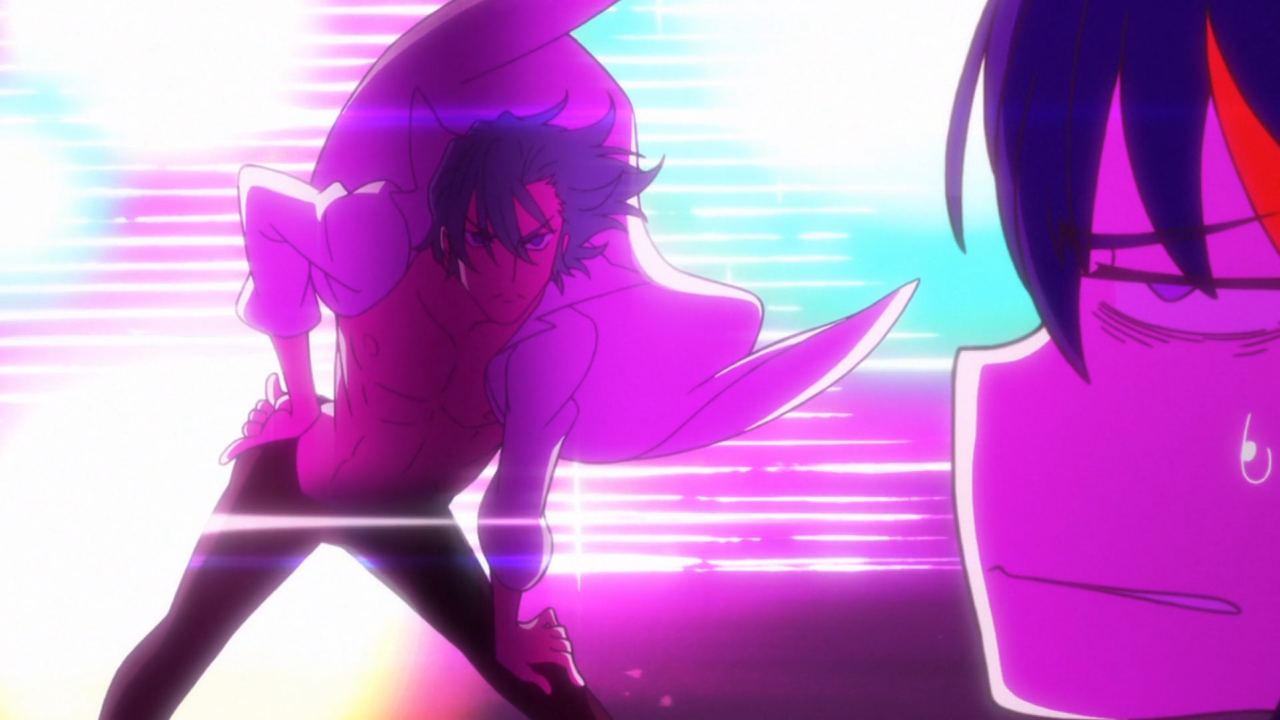 The current leader of Nudist Beach is Aikuro Mikisugi. Mikisugi works at Honnouji Academy and is Ryuko and Mako's homeroom teacher. However, his status as a teacher is just a facade. He really works at Honnouji Academy so Nudist Beach can be close to the Kiryuins plans, since Satsuki is the head of the school. Aikuro is the link between Isshin and Ryuko. He was Isshin's right hand man and knows everything about Senektsu. He helps Ryuko along, revealing to her more information about Senketsu and Nudist Beach as the series progresses.

All this aside, there is one aspect of Aikuro that makes him one of the most awesome characters in the show. It's always difficult for writers and directors to make exposition interesting. Sitting around and talking about the plot tends to be boring for an audience, so the makers of Kill la Kill came up with a genius idea. Whenever Aikuro starts spouting expository dialogue, have him strip! Every time he gives Ryuko information, dance music starts playing, the lights turn purple, he flips his hair back, and starts to get naked! If anyone can come up with a more entertaining way to incorporate exposition, I would love to hear it. 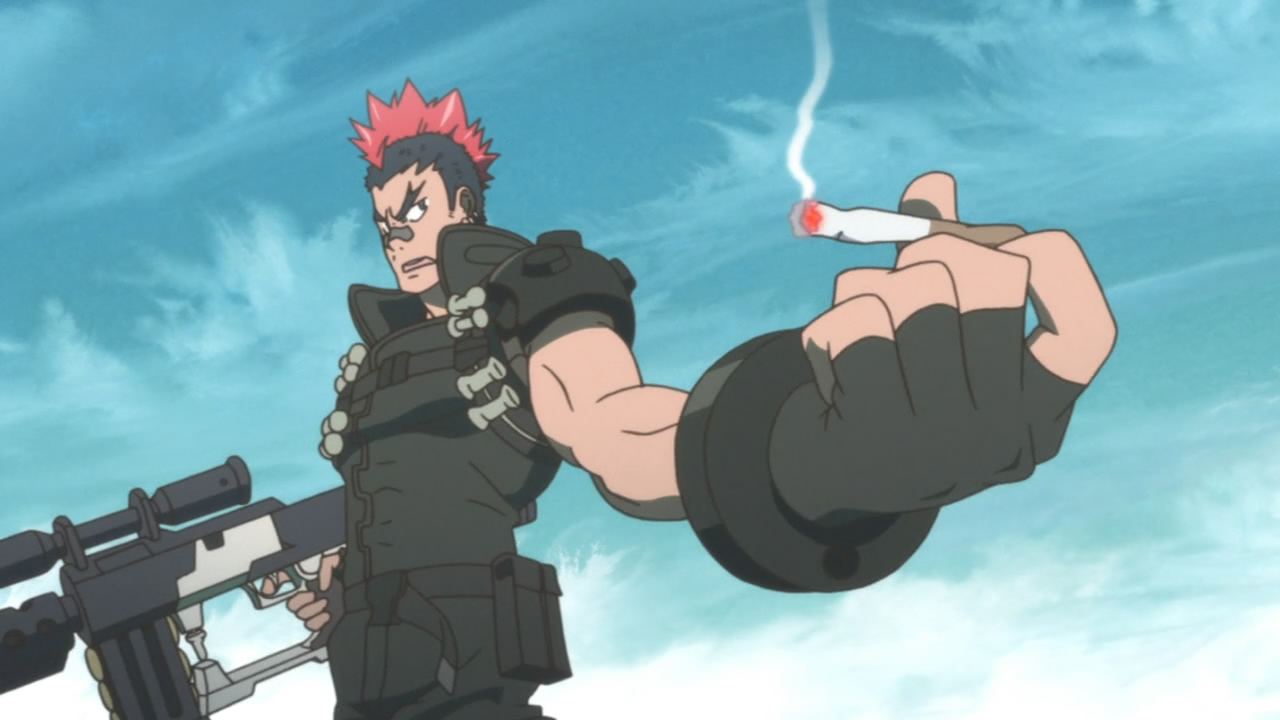 Let me tell you two useful pieces of information. One, Tsumugu Kinagase is another chief member of Nudist Beach. Two, he carries around a sewing machine gun that he shoots life fibers with. Tsumugu has a personal hatred for all life fibers and his main goal is to rid the world of them. This stems from the fact that his sister, Kinue, died because of life fibers. Kinue was Isshin Matoi's head assistant in the early days of Nudist Beach. They came up with the idea to try and create a life fiber that would obey human will. Kinue volunteered for the experiment, which proved to be a failure and resulted in her death.

This experience turned Tsumugu into a tough, hard-edged badass. He smokes cigarettes wherever he wants to, including the sacred gardens of Honnouji Academy, and is never afraid to point his gun at someone. He's an archetypical tough guy action character and a perfect addition to Nudist Beach.