The Four Loves Between Gangsters in Gangsta.

One of the key aspects of Gangsta. is the unconventional bonds of friendship and love between the people that call Ergastulum home. Here we'll take a look at how each of the four loves, as defined by the Greeks and later expanded upon by C.S. Lewis, applies to different members of Gangsta.'s cast. 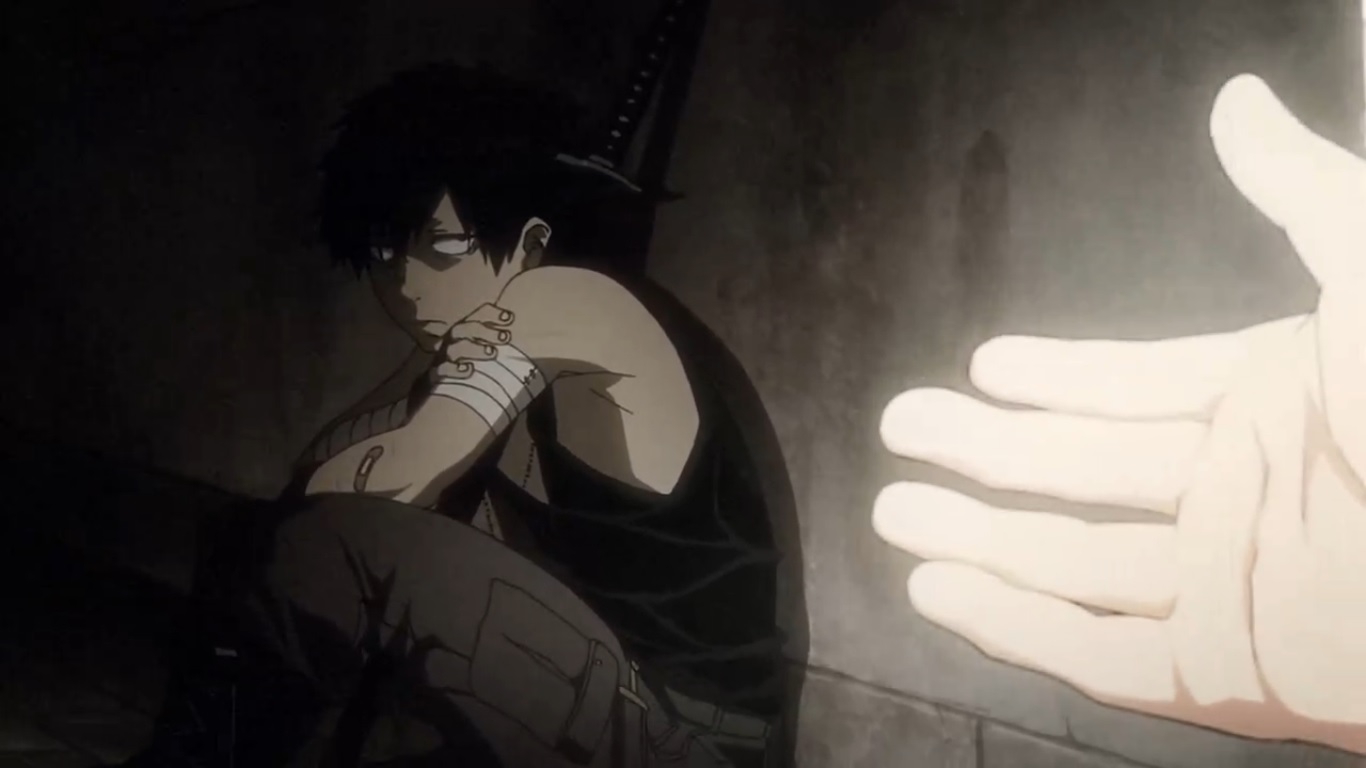 Gangsta. is a seinen action manga and anime, the latest and last series produced by Studio Manglobe. With a heavy focus on the violence and gritty dealings that run rampant through the setting, it's easy to think that there's no room for camaraderie and love in the troubled city of Ergastulum. That proves to be far from the case, however, once one takes more than a cursory look at the characters and how they interact with each other. Using the four types of love―storge, philia, eros, and agape―as a means of identifying the connections between them, it quickly becomes evident that the people of Ergastulum are bound by more than just mutual profit. 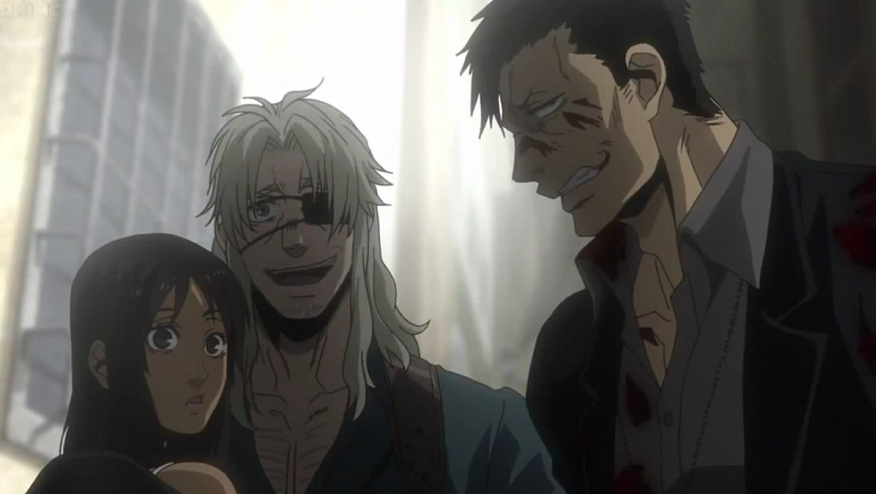 Storge is the love born of familiarity, either through being actual family members or developing a similar affection over time. The strongest source of storge in Gangsta. comes from the three main protagonists―Worick, Nicolas, and Alex―otherwise known as the Handymen. Worick and Nicolas have a history dating back to when they were children, when Worick's father hired the mercenary group that Nicolas's father was in charge of. Both of their fathers were physically abusive, which became the catalyst for the friendship that was sparked between the two boys. While many members of the criminal underworld display familiarity with one another to a certain degree, none take it as far as Worick and Nicolas. The two Handymen trust each other implicitly, but also aren't afraid of calling each other out if they think the other is losing control.

As for Alex, who joins them at the beginning of the series, it takes a little more time for her to make that connection. Thankfully, it becomes clear early on that the two men have a soft spot for her, especially when she goes out of her way to learn sign language for Nicolas's sake. One of the moments where it becomes clear how much the guys care about her occurs late in the series, when she's experiencing the awful effects of withdrawal from TB meds that her pimp had forced her to take in order to control her. Since he died and her source was cut off, she began experiencing traumatizing hallucinations and her already-fragile mental stability began to crumble. It got so bad that, in a fit of hysteria, tried to seduce Worick to keep the pain at bay. Instead of giving in to his baser desires, he snapped her out of it with a fierce headbutt that sent both of them reeling.

Worick, Nicolas, and Alex are each messed-up individuals with a truckload of emotional baggage. They all carry scars, physical and mental, that will haunt them forever. Yet these three manage to find each other and a place to call home under the shared title of "Handyman". 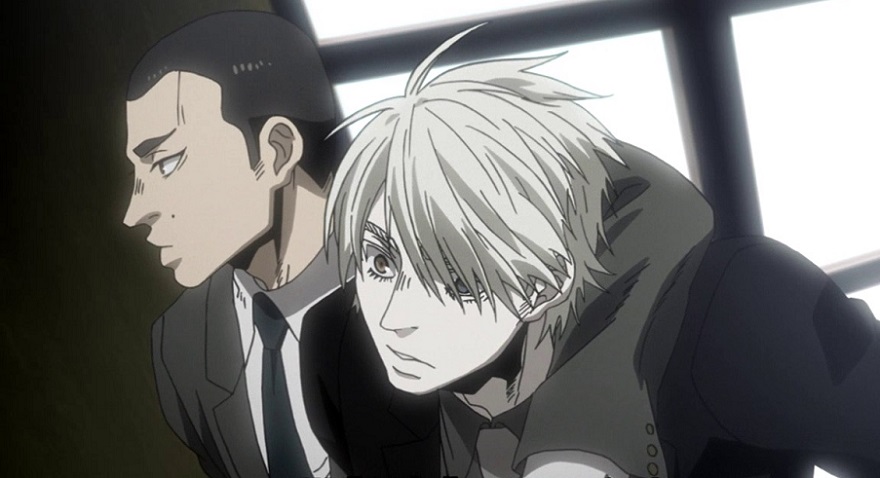 Philia is the love between friends, or put simply, friendship. Forged through companionship and sharing a common interest, philia is arguably the most common of the four loves, as it's the easiest to make. While there are quite a few friendships found in Gangsta., the one between Delico and Yang is the standout case. Both work for the Monroe Family, one of the big four organizations that control Ergastulum, typically as bodyguards for the family head, Daniel Monroe.

The connection between Delico and Yang is mostly understated for most of the anime, up until the show's climax. After hearing that his long-lost twin sister Erica is still alive, Delico abandons his post to go and find her. Yang catches him in the act, but nonchalantly tags along without reporting the incident, knowing exactly how important finding Erica is to his best friend. 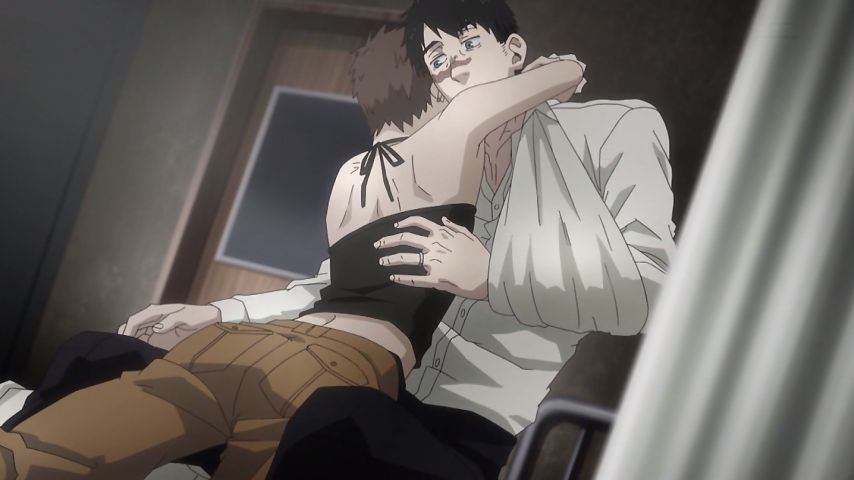 Eros is romantic love, which doesn't necessarily involve sexuality. Despite the prominence of romance in most of anime, there is surprisingly only one instance of romance in all of Gangsta., at least up until the show's stopping point. This makes the love between Marco, a man working for the Cristiano Family, and Constance, the tomboyish owner of a local gun shop, all the more significant. Their relationship is a turbulent one, full of ups and downs, but not in a melodramatic way. It's refreshing to see something realistic, an aspect that Gangsta. nails it where a great deal of "romance" shows flounder. 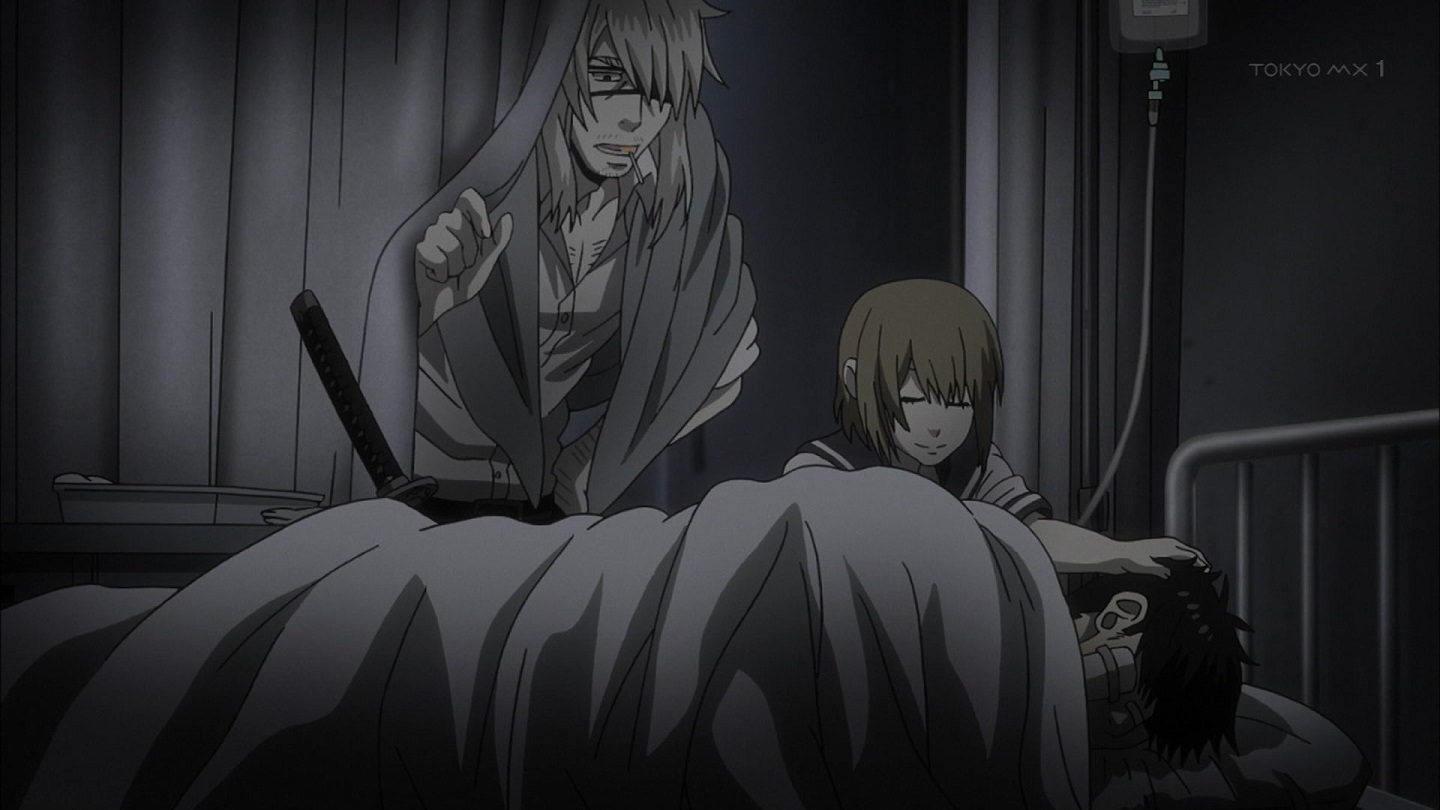 Agape is unconditional love, which is arguably the rarest of the four loves, if only because it's difficult to determine when exactly agape occurs. However, it is typically defined by two things: self-sacrifice and an active decision to love someone in a way that isn't ruled by emotion. The other three loves tend to extend into agape, but never the other way around. With this in mind, one relationship in particular stands out among all the rest in Gangsta. as a true expression of agape, and that is the connection between Nicolas, the brutal Twilight super-soldier, and Nina, the twelve-year-old doctor's assistant.

There's no spelled-out explanation provided for why Nicolas treats her like he would a daughter or little sister. Or why Nina stays at his bedside holding his hand while he's injured. The sweet interactions between the two very different people, from Nicolas playfully pulling at her cheeks or Nina making sure to sign everything she says to him, simply are the best example of agape in the show, and perhaps even in anime altogether.

In the gritty and oft-times savage world of Gangsta., the sight of Nicolas holding onto a giggling Nina while doing great leaps through the air, for no real reason whatsoever, is a reminder that there's still plenty of love in the troubled city of Ergastulum.