One Punch Man introduces Saitama's new cyborg sidekick Genos, who has a long and tragic backstory that Saitama is really not very interested in. 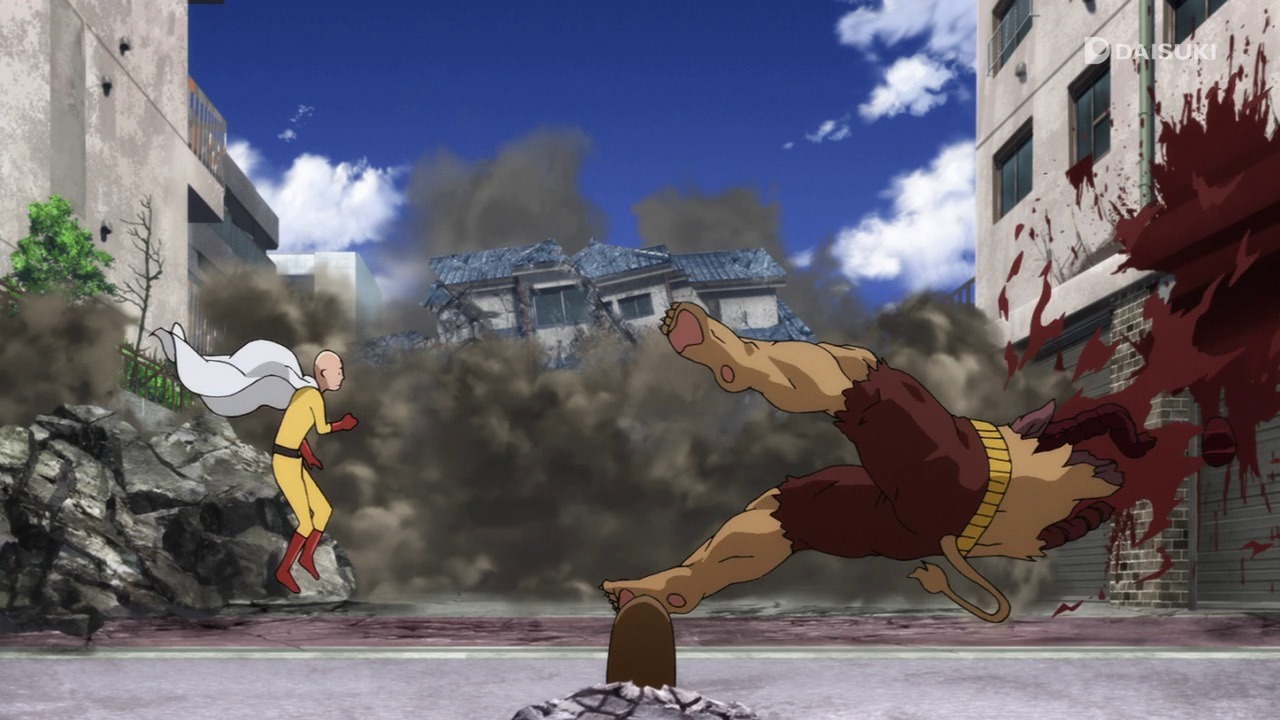 How does anyone live in the cities in the universe of One Punch Man? It seems like there are an endless parade of villains ready to destroy everything at a moment's notice. Did you hear about the city near us that had most of the centre destroyed by a giant titan on steroids the other day? Don't worry, I'm sure we'll be fine... oh wait, there's a swarm of killer mosquitoes on the way. Wait, why do we live in this country? I partly blame the animators for this. Clearly they're having a ton of fun with this series and it translates to animation that is a joy to watch, but they go so wild with the explosions that they've wiped out several blocks worth of high rise apartments in one shot. And that's just the heroes when they unleash their attacks, never mind what the villains start doing. 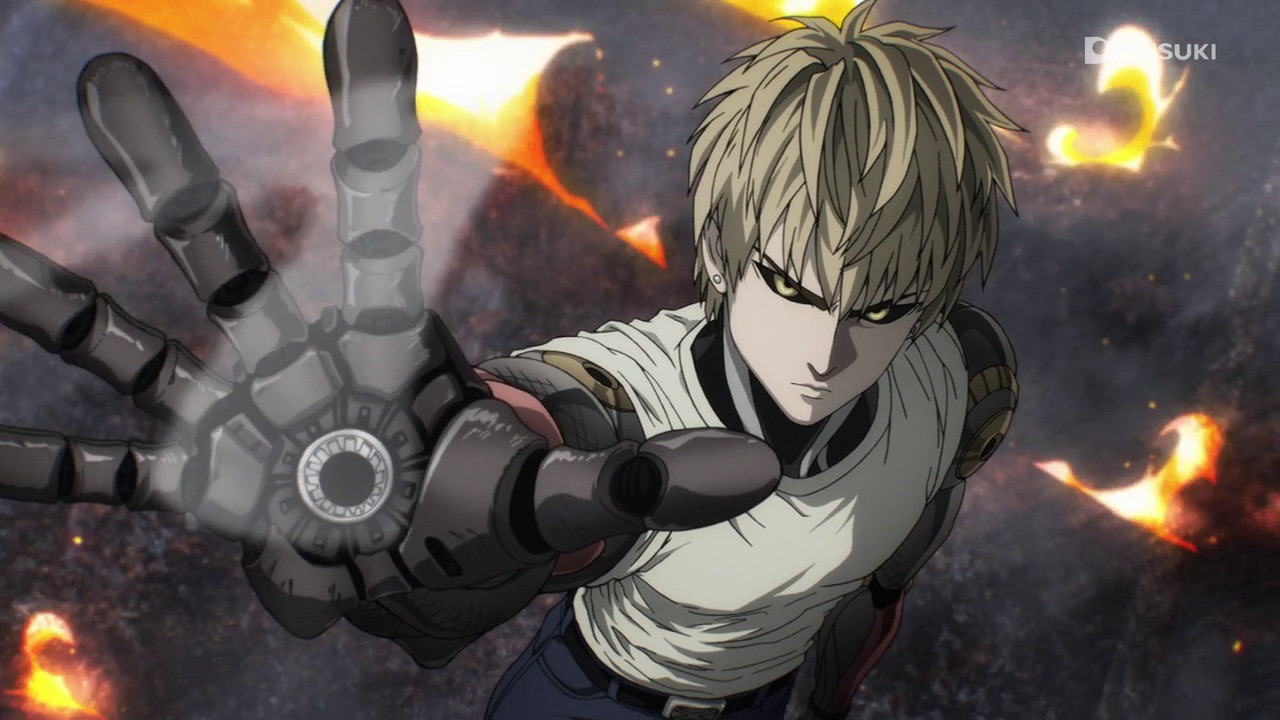 The hero who manages to destroy several building blocks this week is the cyborg Genos, who looks like Hollow Ichigo from Bleach if Ichigo got some rad robotic implants on his arm. I'm not sure why he was so keen to blow up all these buildings people had evacuated from. Sure he wiped out the mosquitoes, but I'm sure some of those evacuees would have liked a home to return to. He takes part in an extended battle scene with Miyuki Sawashiro as a sexy mosquito monster girl, a fight which Saitama finishes by PUN-ching. Get it? PUN! Oh stop it with that look, it's no worse than the puns Saitama came up with in this episode. 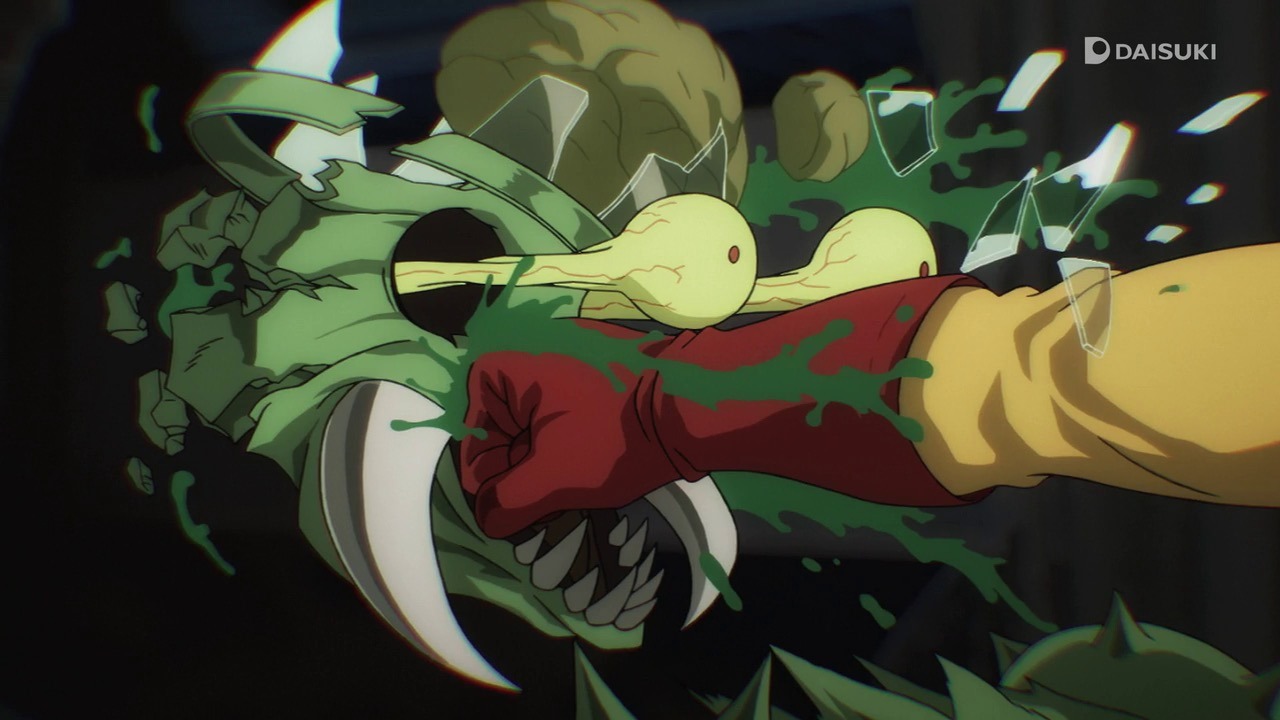 Genos is so blown away by this awesome display of punning that he asks Saitama to be his sensei. Genos manages to get Saitama to accept by pretending he was in a Monogatari anime and launching into an extended monologue on his backstory. Except it's not quite like Monogatari because there are no shots of eyeballs, close ups of characters' thighs, and random art style changes so we suddenly think we're in the Powerpuff Girls. Instead it's just slow pans of alleyways and Saitama's dingy little flat. Extended shots which I'm sure the animators were absolutely delighted to include since it required bugger all effort. If you're going to include those incredibly detailed fight scenes each week, you have to skimp on the animation somewhere guys. 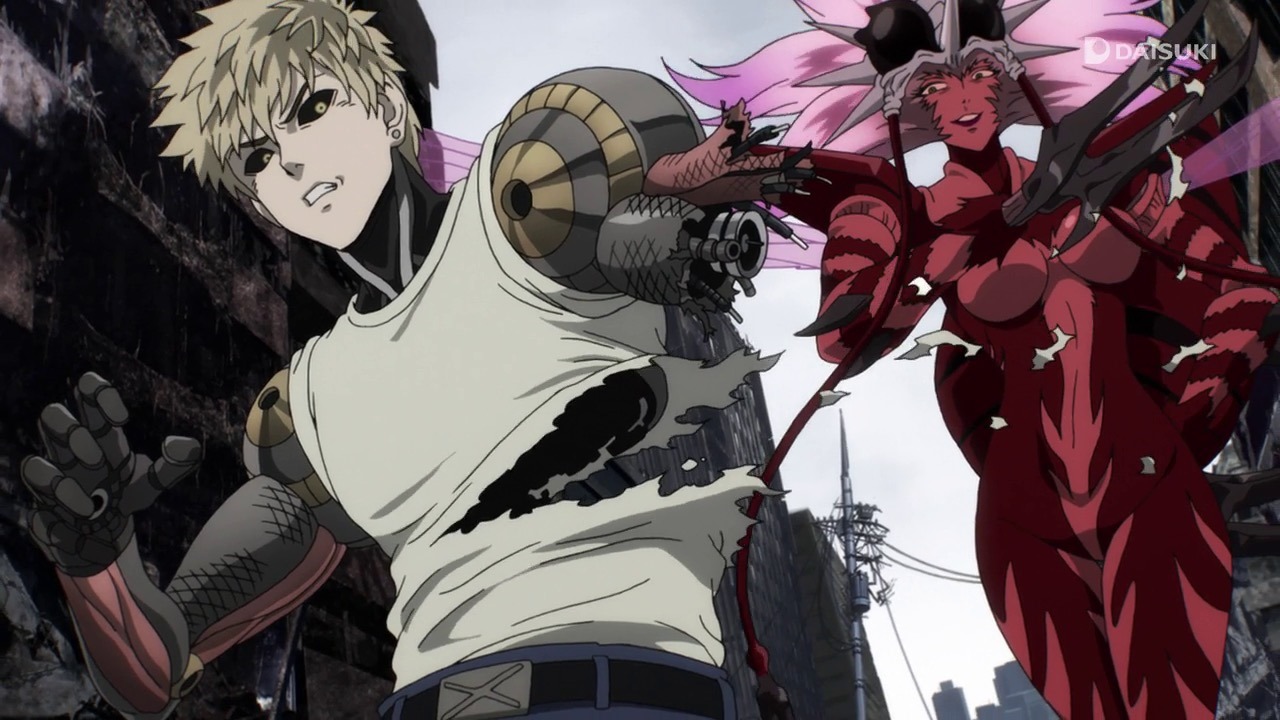 Speaking of backstories, I'm not too crazy on mosquito monster girl. She's just a super evolved mosquito, there's not really any pathos there. Neither with any of the other super evolutions, although maybe we'll learn more about them next week. If you want your pathos, look no further than the incredibly detailed backstory for Genos. Dead parents! Guilty scientist! Searching for revenge! It has everything you want from a superhero/supervillain backstory. Plus having him sit there and launch into that boring monologue was funny in exactly the way I like seeing One Punch Man be. To continue my ranking from last week, it now looks like this: Genos > Titan Brothers > Blue Piccolo Vaccine Man > Crab Man > Subterranean People > Super Evolutions. Tune in next week to see if the cloned scientist can top Genos. I can't wait!

Don't forget to join the discussion for One Punch Man Episode 2 here!