The World of Slavery and Discrimination: Gangsta.

Let's take a look at the world of Gangsta, an anime that explores the issues of slavery and discrimination. The series follows two handymen, Worick and Nicolas, and their everyday struggles in Ergastulum, the city of depravity. 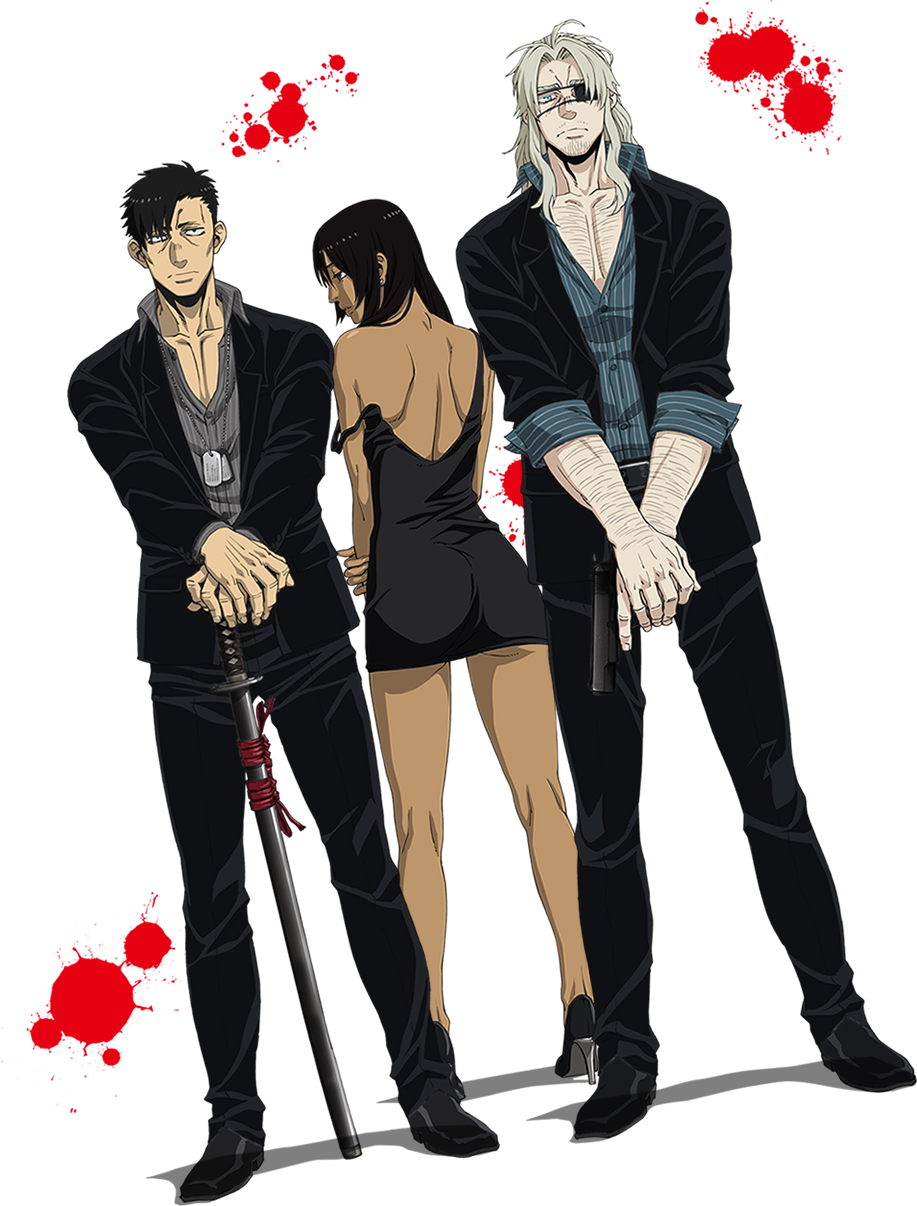 Gangsta. is the 2015 anime series following Nicolas Brown and Worick Arcangelo, two handymen who take on various odd jobs in order to survive in Ergastulum, the city of depravity, prostitutes, mafia families, bad cops and slavery. Both of them carry scars and traumas of their own, but they stick together and eventually welcome Alex, an ex-prostitute, into their "company" to work as a secretary.
They call themselves Benriya and they tend to work independently - doing jobs for both the mafia and police. They aren't really picky when it comes to working, as long as it suits them and as long as they are getting paid. Worick does mostly gigolo jobs, while Nicolas, being a Twilight and skilled fighter, does more violent work.

Twilights are the children and descendants of those who used the Celebrer drug, which is a drug created during the war in order to enhance the speed and strength of soldiers. However, the drug is very potent and toxic, if taken in large or repeated doses. Twilights need controlled doses of this drug in order to function normally because it maintains their vital functions and it relieves the pain. They are also called "Tagged" because they are registered and controlled since birth by using tags embedded with chips that monitor their vital signs. The tags have their ranks, with D/5 being the lowest and S/0 being the highest. However, besides the incredible speed, strength and effectiveness, there are various mental and physical disorders, known as "compensations", which make their lives more difficult and result in shorter life spans. A child of a Twilight and a normal human is called a Hagure, and such children usually have longer life spans and need less doses of Celebre.

Nicolas is a Twilight ranked A/0, not because of his strength, but because of his ability to take down higher ranked Twilights, which he is able to do by overdosing himself with Celebre, an act which is incredibly risky and could possibly kill him. He is also a child of a normal father and an unknown Twilight prostitute. Additionally, the records show that those who have Twilight mothers tend to have far more compensations than those who have Twilight fathers, which may be the reason Nicolas was born deaf. 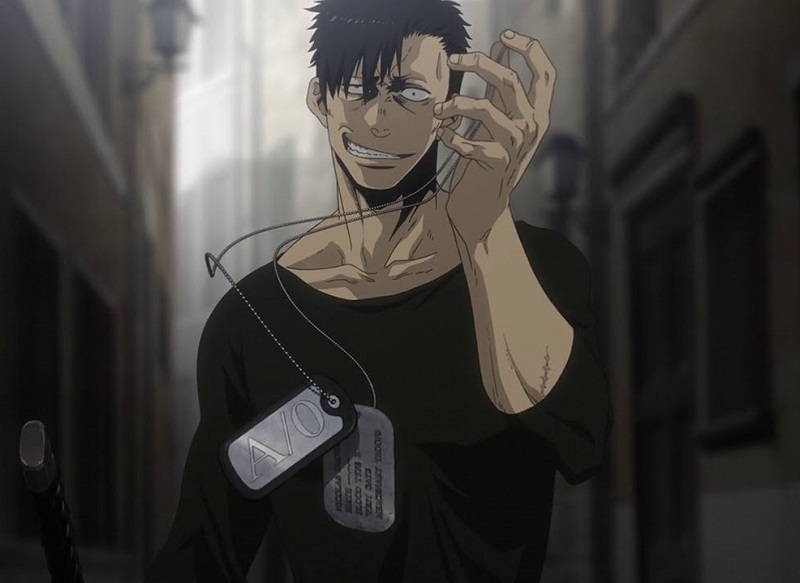 Ergastulum was supposed to be a place where Twilights could be housed and controlled, however, there are still anti-Twilight groups that go against the four major governing forces, the Corsica Family, Monroe Family, Cristiano Family and Paulklee Guild, that rule the city. The Paulklee Guild was founded in 1934 in order to raise the social status of Twilights by trying to organize them into a mercenary guild so they could be hired for money instead of being used and tossed away as slaves. Unfortunately the anti-Twilight protests and forces resulted in a huge massacre in 1989 during which many Twilight men, women and children were slaughtered.

Twilights are still considered to be violent monsters who face discrimination all the time. Children whose parents are either both Twilights or only one of them is a Twilight, inherit the traits of their parents, often including mental or physical disorders. They are looked down upon by normal people and used as toys or slaves for fights and prostitution. Twilights are usually wanted only as "weapons" and they can be easily hired through the Paulklee Guild. The discrimination and hate is probably born from either an inferiority complex or fear, which is a theme that can be easily related to our real world. Just like the color of somebody's skin or a certain body type provokes prejudice and ignorance, the same goes for Twilights because of the tags around their necks.
Their biggest enemies are the Destroyers, a group of supernatural humans usually hired by rich people whose job is to slay as many Twilights as possible. 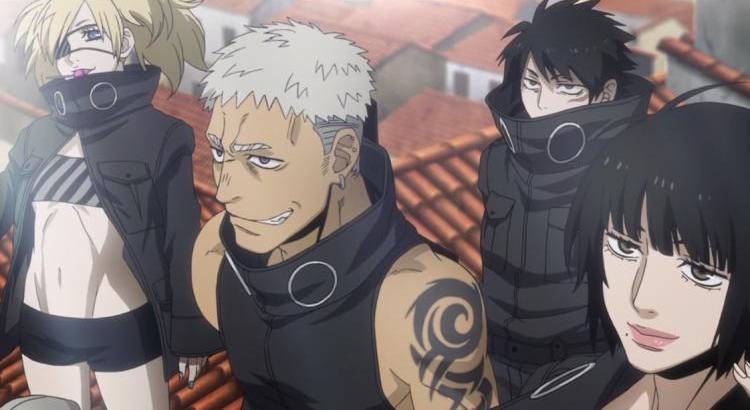 Superhuman Normals are the descendants of the Celebrer users who were not affected by the drug's after-effects or toxicity, and because of that, they do not suffer as Twilights do. Most of them are raised to join the Destroyers, a group whose main objective is to kill as many Tagged people as possible. Their existence is quite ironic because they are the same as Twilights except that they are lucky for not suffering from the drug's consequences.

They do not wear tags and are not ranked, and most of them are portrayed as completely emotionless, cruel, and cold, except when they are engaged in killing. It becomes apparent that they are also used as puppets as Twilights were in the past, which makes them even more similar.

Many of the fighters from both Twilights and Supernatural Humans are children aged 13 and above whose physical abilities can match those of an adult. This is related to exploitation of children and slavery, since they have been brainwashed and trained since they were little to hate and kill, only because those high ranked and richer than them would gain from it.

Gangsta. explores these heart-breaking themes in a brutal way, forcing us to realize that perhaps it is not much different from our real world. The only difference is that dog tags can be replaced with other issues, while the real reason behind the bloodshed is still the money. The powerful use puppets in order to get to the top of the food chain, while innocent people are harmed and discriminated against.