"That's it, those faces: the expression that humans make as all hope drains away. That's why I can't stop playing this game." - Ferid Bathory 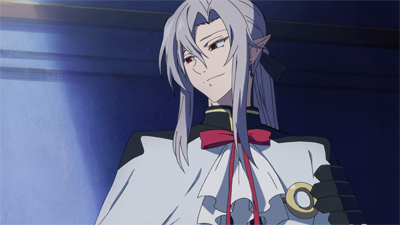 "What? Leave? Who do you think you're talking to? I live only for revenge against those blood-sucking bastards. If I can't kill monsters of this level, what use am I going to be?!" - Yuuichirou Hyakuya 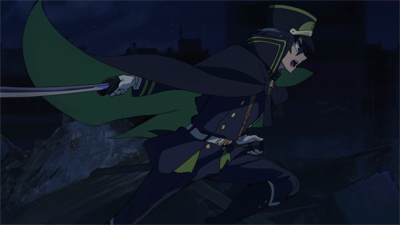 "There's no place for friendless and unloved virgins like you in our army. If you don't like it, try making a friend and introduce them to me." - Guren Ichinose 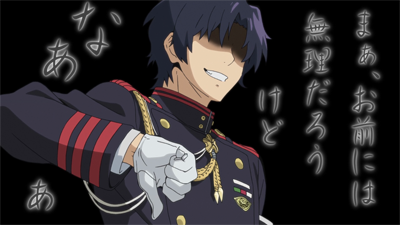 "This is a world no longer kind to humans. But, we, the Japanese Imperial Demon Army, will gather the remnants of humankind, multiply, and take back our planet! Now, give birth! Procreate! Viva la fornication!" - Shinoa Hiiragi 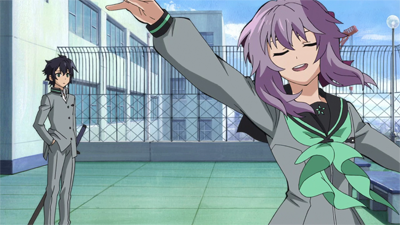 "I need power to get revenge. As long as it's within my reach, I don't care if it's from a demon or a devil." - Yuuichirou Hyakuya 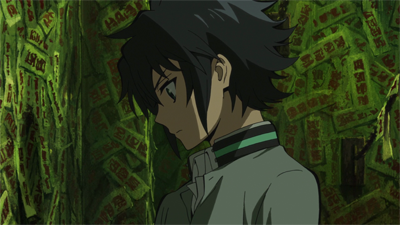 "There's no beating a vampire with brute strength. You have to use your head." - Mikaela Hyakuya 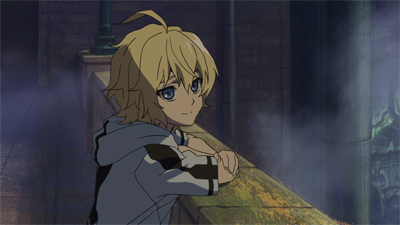 "Are you stupid?! Your family needs you! If they die... If your family dies, you'll never see them again!" - Yuuichirou Hyakuya 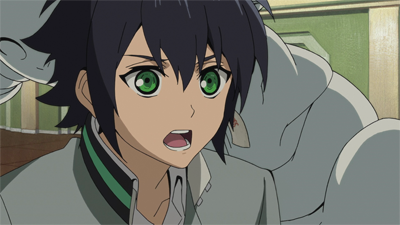 "I'm not a fan of complicating things, so let's give this a try. Those of you who die, blame yourselves for not training hard enough!" - Guren Ichinose 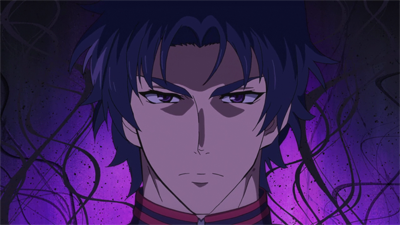 "This is the Moon Demon Company! We march on the path to Hell. Or did you only come here to play meaningless games of revenge?" - Guren Ichinose 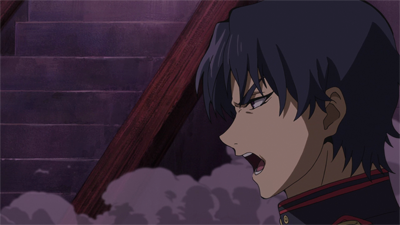 "In a forsaken world such as ours, there's hardly a person left who hasn't lost a loved one." - Shinoa Hiiragi 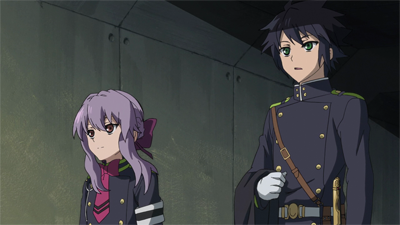 "Even if I have to use myself as bait, I'll save her. (...) I'm through living a life where people need to be left behind!" - Yuuichirou Hyakuya 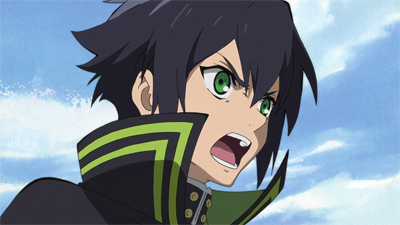 "The Horsemen's only instinct is to attack humans, as if punishing us for overpopulating the Earth." - Shinoa Hiiragi 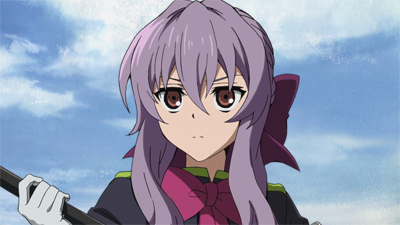 "I hate people like you the most. You're the ones who lead entire squads to their doom." - Mitsuba Sanguu 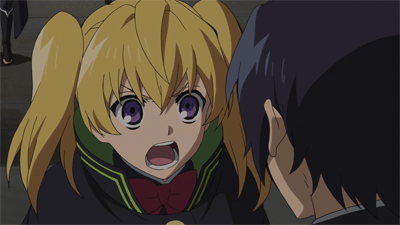 "Humans are vile; they'll easily betray their own kind if it means saving a friend or family member." - unnamed vampire 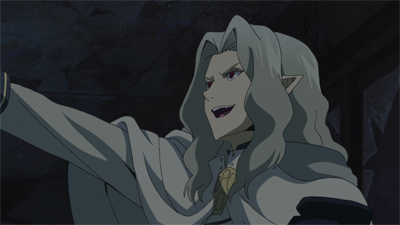 "That's right. Humans will do anything for their family. Even if it means shamelessly lying or turning into a devil or demon. If that's vile, then fear our depraved acts and keel over, vampires!" - Yuuichirou Hyakuya 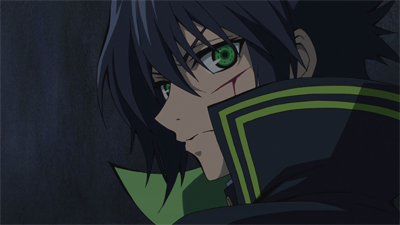 "On the battlefield, what doesn't kill you makes you stronger." - Guren Ichinose 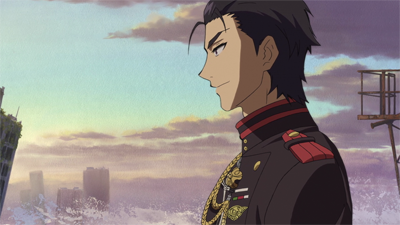 "Don't tell me you thought we'd die that easily. Have some faith in us, will you?" - Shihou Kimizuki 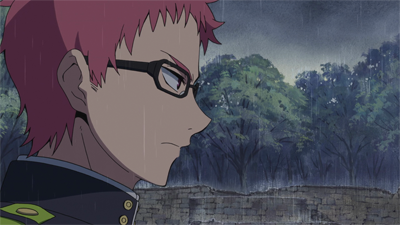 "Don't get me wrong, I trust you guys. But I'll still come for you. Tomorrow, the day after, and forever." - Yuuichirou Hyakuya 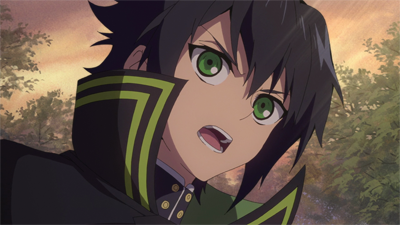 "You had better not underestimate humans. They're greedy, cunning, and tenacious." - Ferid Bathory 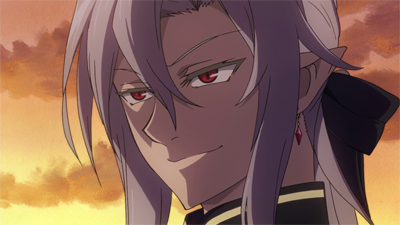 "'Who am I'? Good question. Shouldn't my looks give it away? I'm just your average, ugly vampire." - Mikaela Hyakuya 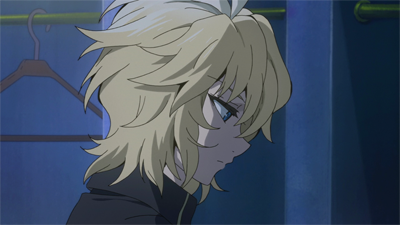 And there you have it. In the end it's not about what species you are, but rather, how you act. Vampire or human - all have their prejudices, worries, emotions. Check out Owari no Seraph to relive the conflict, or check out the new season that's airing this autumn: Owari no Seraph: Nagoya Kessen-hen !