Owarimonogatari starts things off with 40 minutes of two characters sitting in a classroom talking endlessly. Yup, it's still the Monogatari Series and it's as riveting as ever. No really! 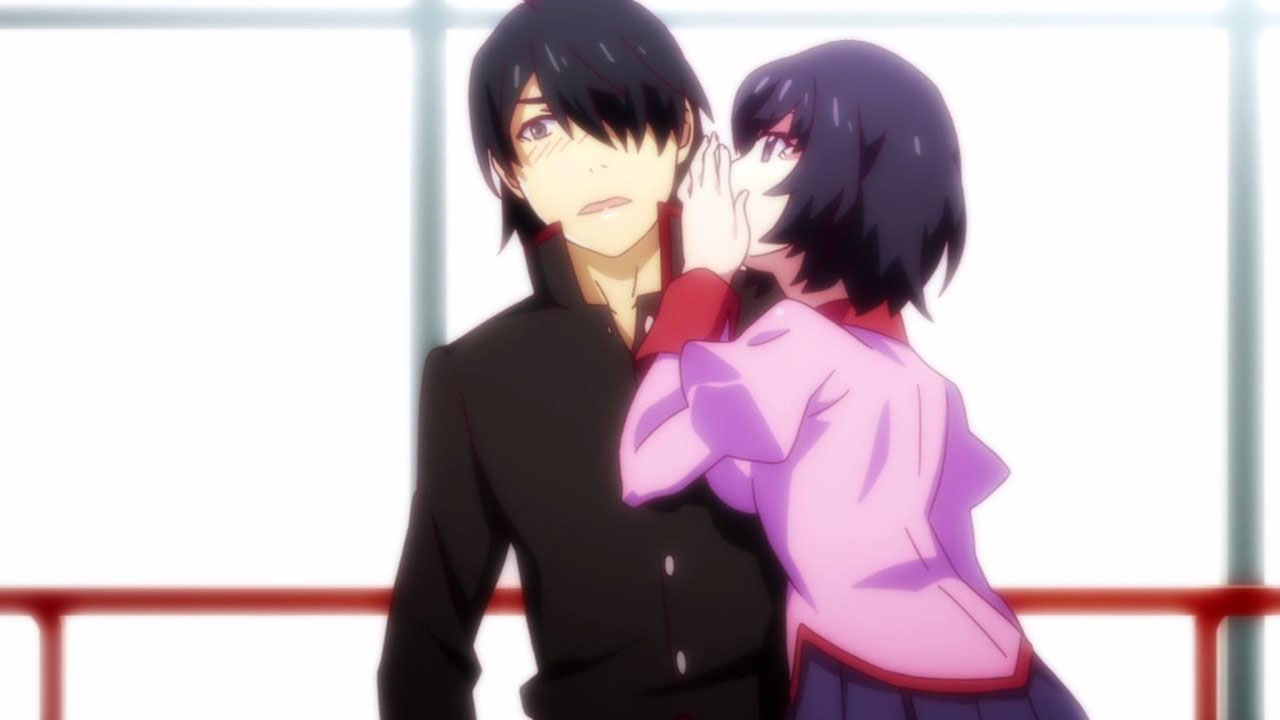 Here we are. After Bakemonogatari, Nisemonogatari, Nekomonogatari, Monogatari Series Second Season, Hanamonogatari, Tsukimonogatari and Ore Monogata...oh wait never mind, discard that last one. But yes, now we're onto Owarimonogatari. Between the fact that Shaft are animating the "Final Season" novels along with the fact they finally put a release date on the Kizuomonogatari movies, we're seeing the light at the end of this long Monogatari series tunnel. I sound like I'm desperate for it to end or something, which isn't the case. It's partly that I'm amazed Shaft stuck to its promise of animating this entire series given how long it has ended up being. I really like the series, despite its flaws, because there's nothing else quite like it. But the reason why I'm excited that the series is ending is because it never truly feels like I've finished an anime until it reaches the proper ending. There's a satisfaction in reaching the end of a franchise you love because you get your final sendoff. 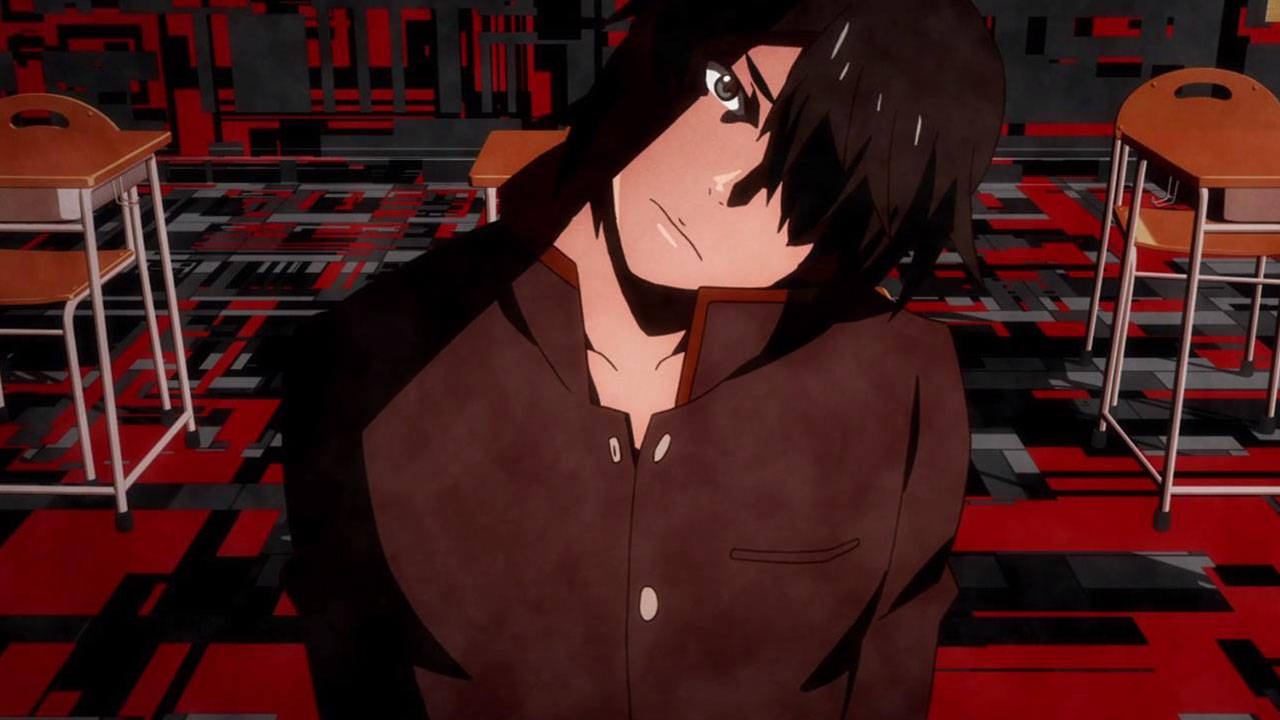 But we've still got Owarimonogatari to get through first, which starts in true Monogatari fashion with an episode which includes 40 minutes of chatting idly in a classroom. Actually if we're talking classic Monogatari fashion, it would have started with upskirt shots and half-second cuts to the main character's eyeball. But Monogatari has changed since those early, pervier days. It's a more mature series now that can explore a female character's psyche in depth while not exploring her body, if you know what I mean. Part of this was to do with the Monogatari Series Second Season very rarely having Arararagi in the show. When you no longer have a male lead character, the male gaze gets dropped considerably. Which is part of the reason why I got a touch worried when this episode quickly established itself as having Arararagi front and centre. But that perv gaze of his didn't end up happening, in part because the female character he was interacting with this episode was the rather unsexy Ougi Oshino. 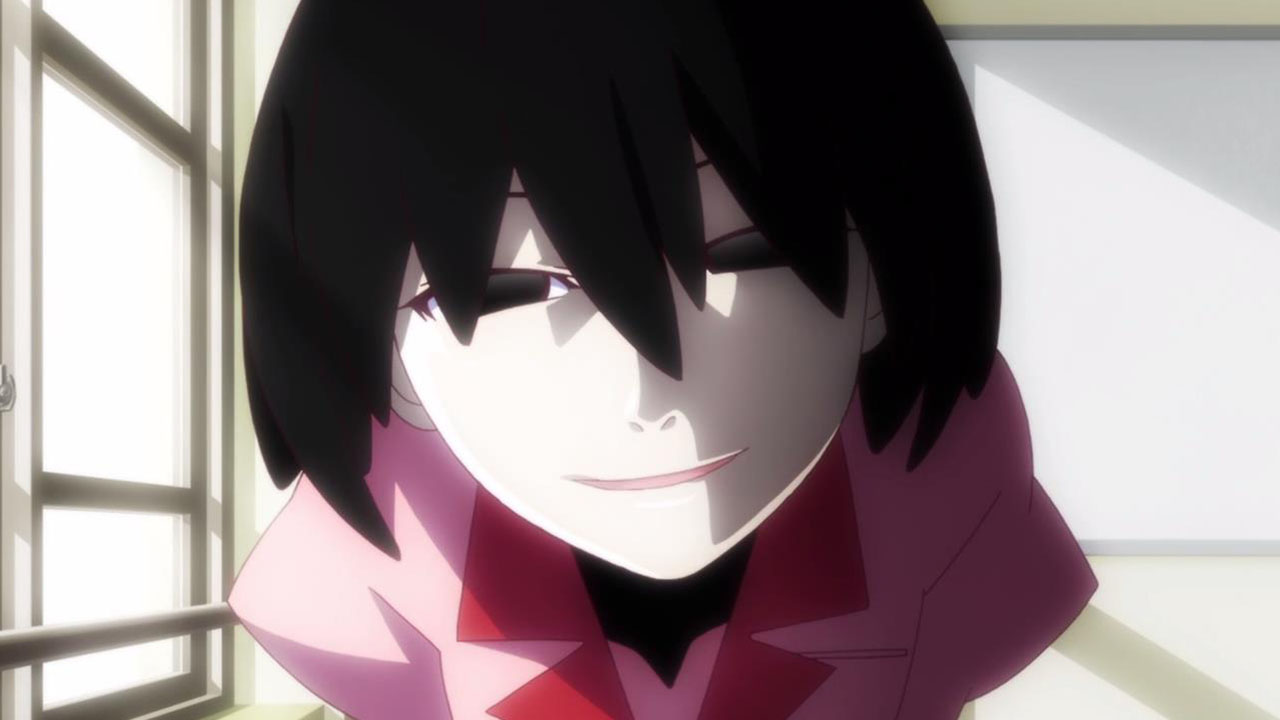 Ougi is an interesting character I'm really eager to see more of. We got little glimpses into this devil of a girl last season, but not enough for her to truly spread those bat wings of her. I keep a personal list of Best Monogatari Girl (the correct response is Senjogahara in case you are interested, although Kaiki is also an acceptable answer) and Ougi feels like I should rank her quite highly, but she hasn't had the screentime to really impose herself. On the basis of this episode, I'm not sure she really made the case for herself. Most of her dialogue came across as though she had read the script ahead of time. Which is definitely intentional, but doesn't lend itself to interesting character moments. What was much better though was the way she was portrayed. 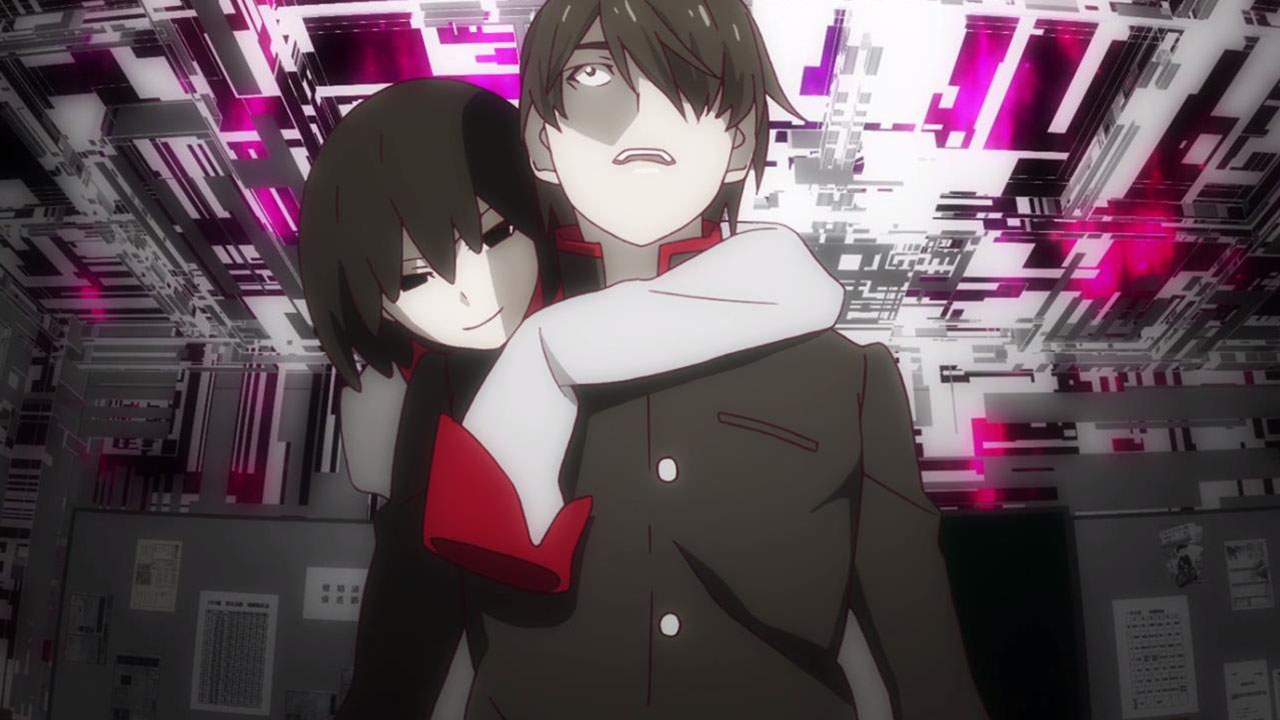 Eyeball shots are very common in Monogatari as we have established already and they're generally used for when a character realises something. But not with Ougi. The sheer blackness of her eyes mean we don't get that feeling that we're looking into their heart as we do with other characters. Instead, we're staring into nothingness. This empty vessel of a person with no true soul. Which again is intentional, given they started off the episode by talking about how Ougi is like the number zero. Better yet though was her portrayal as this devious devil-on-the-shoulder character, like in the above shot. She's scary and menacing but in a different way to your usual villain. You get the feeling she could talk you into killing someone and make it feel like it was your idea all along. I mean, that's not too far off what she did with Nadeko. 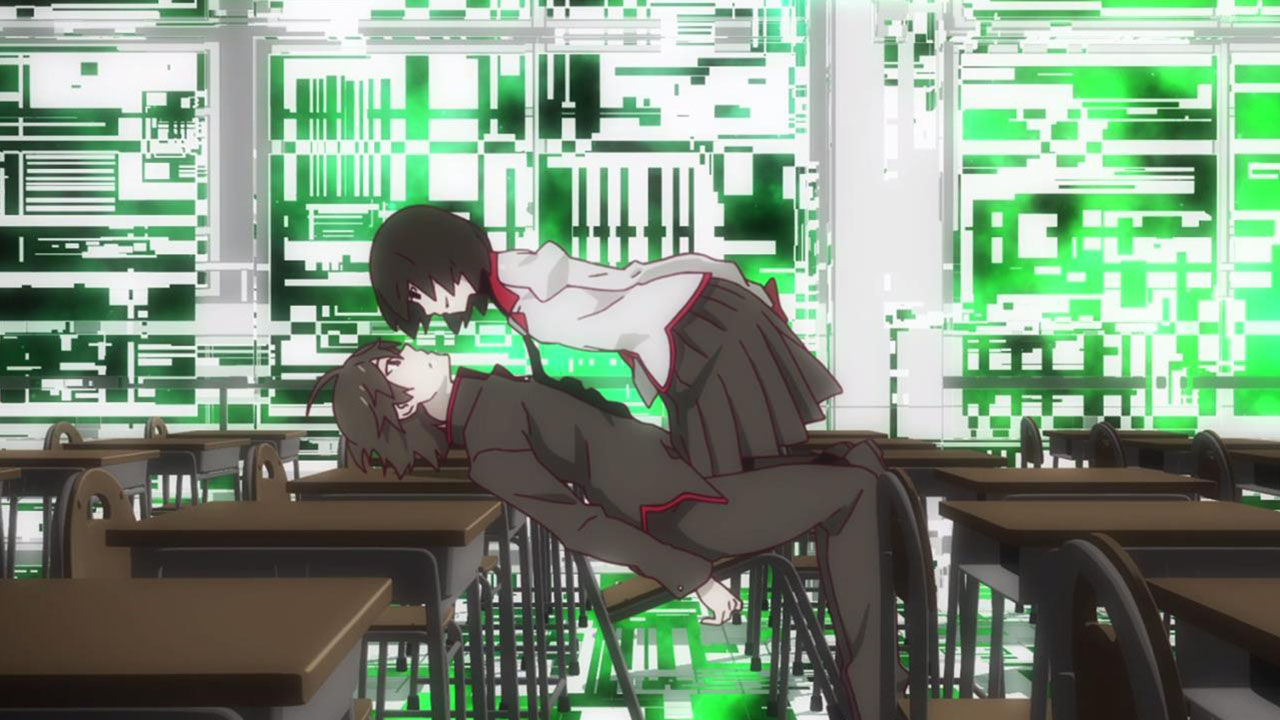 As for the episode itself, it wasn't the strongest Monogatari arc in my humble opinion. I think Shaft got a bit too excited with having a double length episode to start the season off and dragged out a story that really didn't need to take as long as it did. However it did represent a promising direction for this series to take. If I had one criticism for the otherwise fantastic Second Season, it was that Arararagi's character had gotten really boring. His personality was on lockdown for the entire thing. This episode realised that it was high time they started trying to make Arararagi an interesting person again. I'm not sure how feasible dredging up skeletons in his closet from when he was a more complex character is long term, but as an exploration of how he became the person he is now, it really was a very interesting little story.

Don't forget to join the discussion for Owarimonogatari Episode 1 here!