It's not easy being human in Knights of Sidonia. Earth has been destroyed and we're confined to a rickety space station, stalked by a mindless force that wants to eat us. Our only defense is the Garde: a type of mecha capable of fighting the alien threat. Let's take a walk through its history!

Knights of Sidonia is a story of an arms race. Aboard the space station Sidonia, the remnants of humanity constantly work to strengthen their home's defenses against the ravenous Gauna. Merciless and single-minded, the Gauna are an ever-changing threat—an alien race that evolves countermeasures as quickly as we can defeat them. Unless a weak point is destroyed, a Gauna will simply regenerate and press the attack.

Through determination, ingenuity, and more than a little luck, Sidonia has developed the Garde, a manned mecha capable of destroying the Gauna. The Gardes draw their power from Heigus particles, a source of energy in abundant supply in deep space. Each Garde unit is armed with a kabizashi—a piercing weapon built with a mysterious material called kabi. Mined in limited quantities from an artifact of unknown origin, kabi is the only substance capable of destroying a Gauna's core.

Though Heigus particles are infinite, kabi is nonrenewable, making each individual kabizashi even more valuable than the Garde that wields it. However, new developments over the course of the series open up more options for anti-Gauna weaponry and allow the improvement of the Sidonia Defense Force. Here's some of the more notable milestones in Garde history. 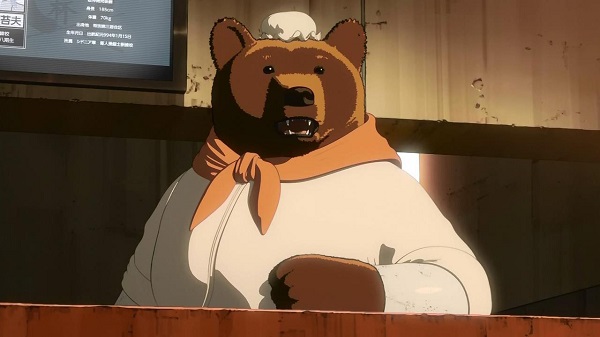 The Type 5 Garde unit is the earliest version shown in the series, having been in production six centuries before the beginning of the show. Members of the ruling Immortal Ship Council were among the Type 5 pilots, including Kobayashi and the bear-costumed Lala Hiyama. These Gardes were clunky and armed with rudimentary mass-driver weapons; Lala's was a special prototype that packed an experimental Heigus particle cannon. This generation of Gardes spearheaded the investigation of the Kabi Deep Space Artifact and encountered the first Gauna since the destruction of Earth.

Though the task force had no means of destroying the Gauna, the beast was killed when it was accidentally impaled by a piece of kabi inside the artifact. This inadvertently led to the discovery of the only weakness of the Gauna, and Sidonia harvested as much kabi as it could carry before moving on. While the advancement was hailed as a windfall for humanity, it also spurred the mad scientist Ochiai's research into Gauna biology—an obsession which would bring Sidonia to the brink of destruction centuries later. 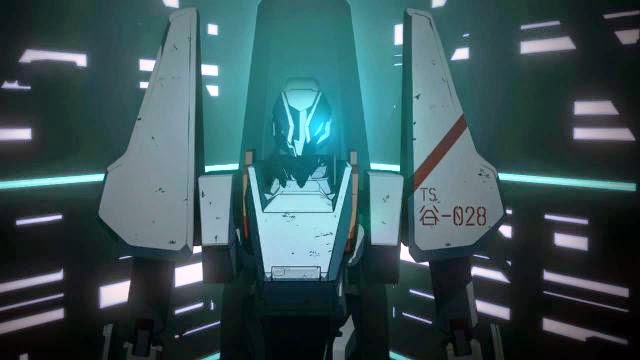 The previous generation of Garde as of the beginning of the series, designed and manufactured by Toha Heavy Industries. The Type 17 is equipped with anti-Heigus shields and heavily armed with laser and mass-driver weapons—both a Heigus cannon and a gatling gun—for the purpose of piercing Gauna armor. These weapons are intended to create opportunities to use a kabizashi or Ballistic Acceleration Device—essentially a kabi sniper rifle—to destroy a Gauna core.

The Type 17 generation produced the most famous Garde in Sidonia's history: the Tsugumori, the personal weapon of ace pilot Hiroki Saitou. After Ochiai deduced that kabi attracts Gauna and jettisoned Sidonia's entire supply of kabizashi, Saitou used the Tsugumori to fend off the ensuing Gauna invasion. 99% of Sidonia's population was killed, but Saitou's skill with his customized Type 17 retrieved the kabizashi and prevented total extinction. Due to the high skill floor required to pilot it, the Type 17 eventually fell out of favor, but the Tsugumori stands as a monument to humanity's deliverance. 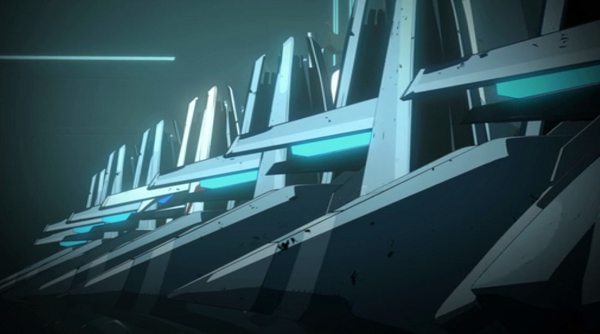 Toha Heavy Industries was outbid by their competitor, Kunato Developments, for the contract to build the Type 18 Gardes. Unlike its predecessor, the Type 18's autopilot and other streamlined systems open the field for less skilled pilots to fly, a design decision favoring quantity over quality. Think of it as a manual transmission versus a stick shift in a car. The Type 18 dispenses with the gatling gun in favor of guided missiles, as well as arm-mounted energy blades intended to cut through Gauna tentacles.

Thanks to its ease of use, graduates of Sidonia's Military Academy are able to start on Type 18 missions right out of school. Series protagonist Nagate Tanikaze has difficulty adapting to the Type 18, as the bulk of his simulations had him practice with the older Type 17. He is given the Tsugumori to use, as it is more suited to his skills. Notably, the Type 18 generation does not have the anti-Heigus shields the Type 17 did, which becomes important as the Gauna continue to evolve. 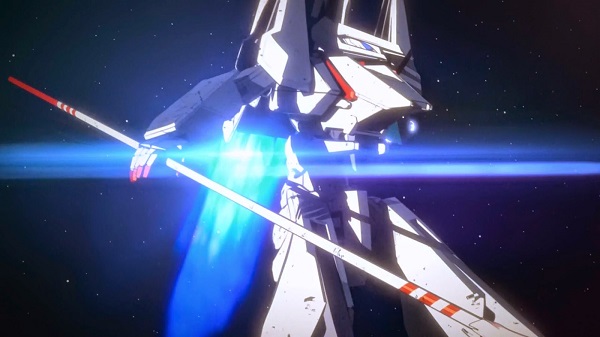 The lessons of the Type 18 having been learned the hard way, the next generation of Garde is developed by Toha and based on the Type 17 model. It first sees major action during the disastrous initial attempts to colonize the Lem system, a star system that turns out to be infested with Gauna. It possesses engines and armor superior to the Type 18, and a Type 19 prototype piloted by Nagate is instrumental in the destruction of the Gauna-controlled Lem colony ship. 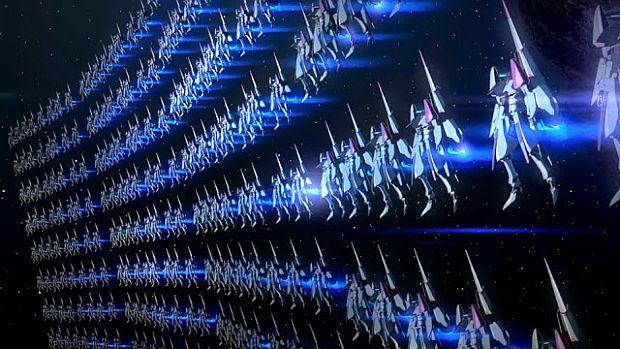 By the time Toha rolls out the Type 20, notorious industrialist and Garde pilot Norio Kunato has picked up Ochiai's research and succeeded in creating a chimera—a human/Gauna hybrid. This being can be harvested for artificial kabi, which enables a much more efficient Garde design. Rather than wielding a kabizashi, the Type 20 possesses artifical kabi blades along its limbs and body, allowing much safer melee combat. The first Type 20, the Yukimori, is custom-built specifically for Nagate, and includes a Heigus cannon in the head, as well as a long-range kabi cannon for engaging Gauna at a safe distance. The prototypes are prohibitively expensive to develop, but the advent of mass-produced kabi makes this new generation of Garde far more deadly and effective.

Gardes have come a long way since the discovery of the Deep Space Kabi Artifact. The kabizashi are the most effective—and practically the only—weapons humanity has to fight the Gauna, but for an as yet unknown reason, kabi attracts Gauna in ever-increasing numbers. The constant threat necessitates tireless innovation and research within Sidonia, as well as a culture of pilots and warriors willing to die for the good of the species. Yet the history of the Garde is also one of ambition and greed—the cheaper, more accessible Type 18 proves unprepared for the Gauna adaptations, and Norio Kunato's development of artificial kabi gradually makes him indispensable to Sidonia's infrastructure. The Garde represents the best hope of humanity, but it is also a sign of our vigilance or lack thereof. Only time will tell what the next generation of Gauna says about us—and our hope for survival.