Recently, My Sister Is Unusual's Characters: Welcome to the Family!

There's more to Saikin, Imouto no Yousu ga Chotto Okashiinda ga (Recently, My Sister Is Unusual) than just sibling romance. Mitsuki and Yuuya are just two of a wonderful cast of characters in this unique comedy. Find out who's alive, who's dead, who's in love—and who's all of the above!

There's a lot of familiar faces to Saikin, Imouto no Yousu ga Chotto Okashiinda ga (Recently, My Sister Is Unusual)—you have the good-natured big brother, his adorable little sister, his perverted best friend, and a host of other character archetypes you'll recognize from other ecchi comedies. So what makes this show so special, aside from the incest? Let's find out! 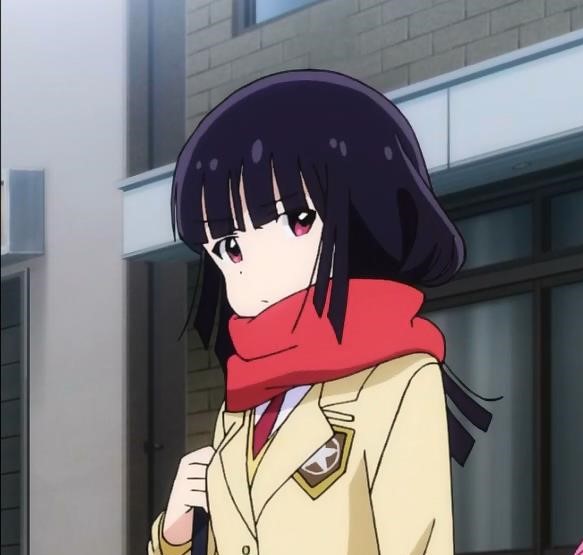 Are the scarf and hair giving you a Mikasa Ackerman vibe? You wouldn't be wrong. Though she tries to live a normal life, Mitsuki tends toward coldness, especially where her family is involved. Due to an abusive early childhood, Mitsuki doesn't take her mother's remarriage very well, barely speaking to her stepfather and refusing to address her stepbrother Yuuya as "onii-chan" (big brother). She's not a fan of men in general, and for a good reason.

That all changes one day when she meets Hiyori, the ghost of a girl who was in love with Yuuya. When Hiyori possesses her to try and get her hands on her brother, poor Mitsuki can only watch, hovering off to the side as a spirit while her body does lewd things to Yuuya. Even worse, she finds herself locked in an R-rated chastity belt, which charges up whenever she stumbles into compromising situations with her brother. Should she let the belt's energy drain, she'll die...or so Hiyori tells her.

Dragged so far outside of her comfort zone, is it any wonder that Mitsuki usually blushes and slaps Yuuya silly when she regains control of her body? Though Mitsuki looks every bit the stereotypical cute little sister, she can't bring herself to open up to her brother—or to anyone else, really. She'll cook and clean to keep the peace at home, and she has friends at school, but she keeps the more affectionate side of her buried deep. It's all the more confusing for her, then, when Hiyori's forcible flirting starts making her curious. The supernatural explanation is that her heart and Hiyori's are becoming more synchronized, but what exactly does that mean? Is she just adapting to the chastity belt, or are some of those romantic feelings hers after all?

Indeed, for all her reticence toward Yuuya, Mitsuki is often insecure and nervous when it comes to his affection. She's occasionally prone to overthinking simple misunderstandings, revealing herself at times to be deeply afraid that Yuuya won't accept her. Though it's clear that Mitsuki wants to love her brother (as a sibling), she isn't yet comfortable with expressing it.

Having been forced to grow up faster than she'd have liked, Mitsuki's story is one of recovery and building trust. Though she resents Hiyori's meddling in her life and relationships, over the course of the show she finds herself slowly coming out of her shell, trying things she normally wouldn't, and learning to accept Yuuya as her brother. As Mitsuki gets used to having Hiyori in her life, she becomes more assertive, even forcing the ghost girl out of her body when things start to go too far. It's not an easy road, though, as Mitsuki is shy and easily embarrassed—especially when she takes back control of herself at exactly the wrong time. 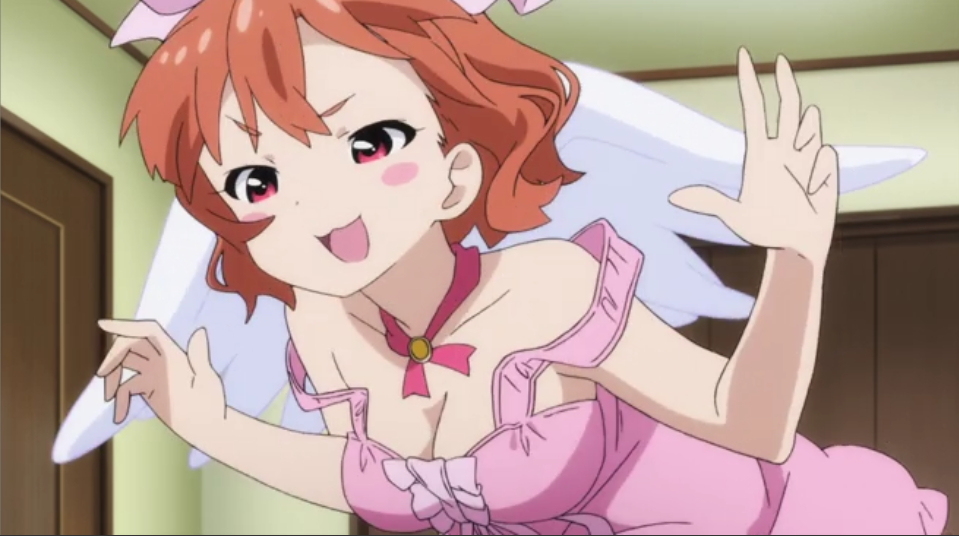 A recently deceased girl about Mitsuki's age, Hiyori died before she could properly express her love for Yuuya. In stark contrast to Mitsuki, Hiyori is boisterous and sexually aggressive. As is perhaps appropriate for a ghost who died trying to confess her love, Hiyori also has no concept of personal space—or rather, her concept of personal space exists only to be violated. You have to know the rules to break them, after all.

Though she has wings like an angel, Hiyori cannot go to Heaven without resolving her unfinished business and acting on her unrequited love for Yuuya. She recruits Mitsuki to help her, with little regard for minor things like societal taboos on incest. Her relationship with Mitsuki operates largely on a need-to-know basis－that, or she's just forgetful. She often doesn't tell Mitsuki how her chastity belt works until it's too late to do anything about it.

When it comes to love, Hiyori is possessive, jealous, and downright selfish. She seizes control of Mitsuki's body whenever she pleases, turning the normally taciturn girl clingy and bubbly toward her big brother as she tries to fast-forward their relationship. Yet Hiyori's faults don't come from a vacuum—her feelings for Yuuya are all she has left. Death has robbed her of all her memories, except for the vague idea that she once knew Yuuya. Now that he's her one chance to cross over, she'll stop at nothing to win the heart of her "big brother." 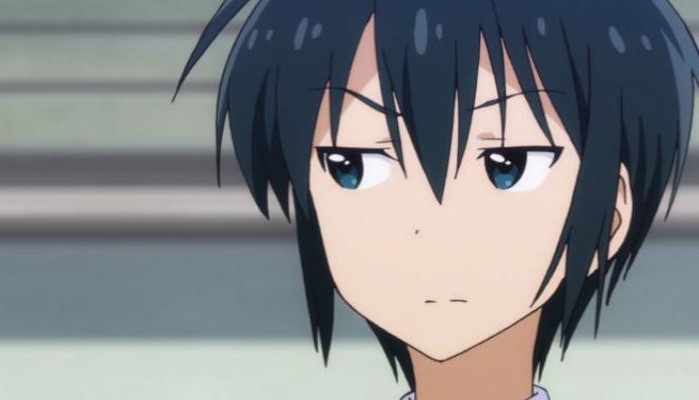 A high school student whose father has recently remarried. He's inherited a loving stepmother and a cute little sister, and he couldn't be happier to start over with a complete family. As such, Yuuya is kind and helpful to a fault. Yet his sister is having none of it, and he can't quite figure out why.

Yuuya is studious and responsible, fully capable of balancing school with the cooking and housework while his parents are away. He generally makes dinner for himself and his sister, and helps Mitsuki with her homework when necessary. As one might expect from the male lead of an ecchi comedy, he's also staggeringly clueless about girls. He frequently misinterprets the advances of his sister and his childhood friend, if he doesn't miss them entirely.

Though he's at a loss when it comes to understanding Mitsuki, Yuuya tries hard to be the big brother she never had. He's quick to help her when she's nervous or sick, to the point of being overprotective at times. Despite his stepsister's strange habits, Yuuya is willing to accept her if it means he can be a positive familial influence. 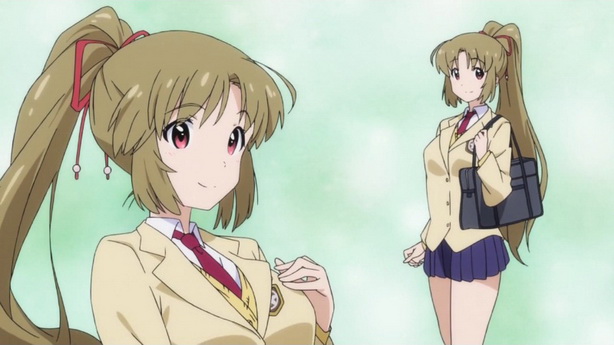 Yukina has been one of Yuuya's best friends since childhood. When they were younger, she was a fierce tomboy, often getting into—and winning—fights with Yuuya. Years have passed since then, and Yukina has become almost the opposite of her old self: polite, feminine, and somewhat shy. She's developed strong feelings for Yuuya since her childhood. That, and the fact that she's quite busty for her age, makes Hiyori extremely jealous; the ghost girl always refers to Yukina as "that top-heavy woman", and constantly schemes to make Mitsuki the more attractive girlfriend candidate.

This doesn't escape Yukina. Although she is an excellent cook and a dear friend to Yuuya, she's also not above flirting to attract his attention. Yukina adores Mitsuki and sees her as a younger sister—and as long as Mitsuki competes for Yuuya's love, Yukina will make sure this little girl knows her place. 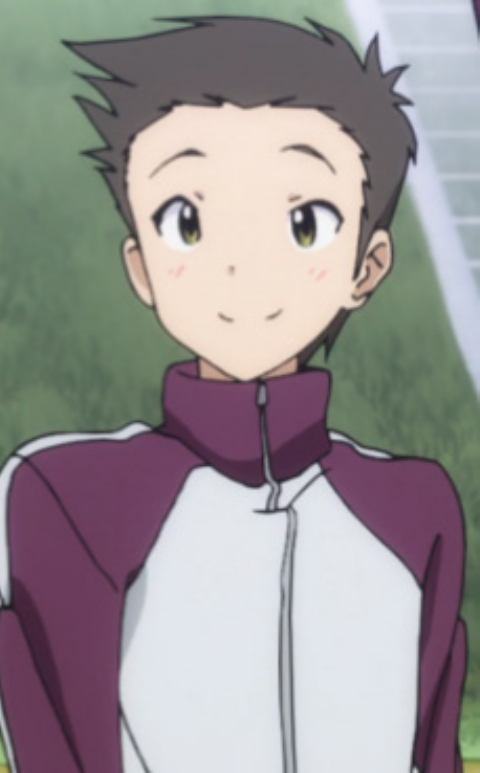 Although he professes to hating his little sister, Shoutarou has a protective side that flares up whenever he thinks she's in danger. He won't hesitate to rescue his sister from anyone he thinks has dishonorable intent—after all, it takes one to know one. 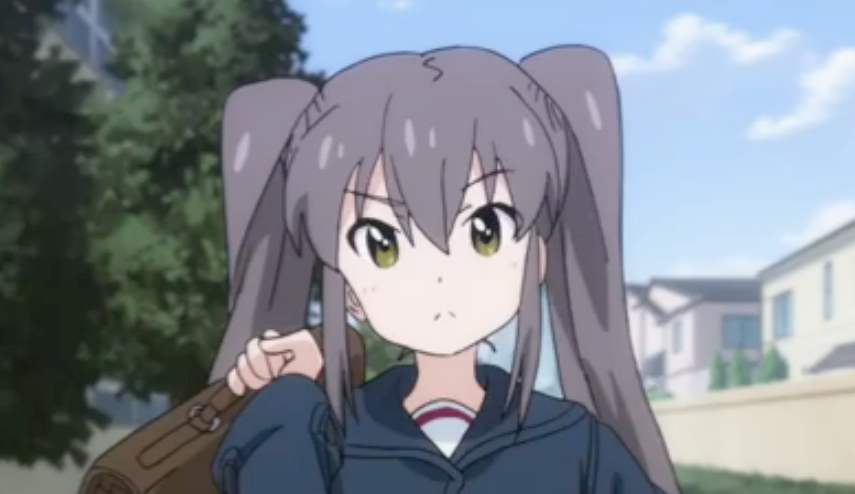 Moa is Shoutarou's little sister, with massive pigtails apparently stolen from Mine of Akame ga Kill! To hear Shoutarou tell it, she's everything a little sister shouldn't be: rude, mean-spirited, and totally uninterested in cooking. Of course, with a brother like Moa's, it's easy to see why she's often cranky. Like Mitsuki, she refers to her brother as "that guy" rather than "onii-chan", though out of spite rather than shyness. Nobody knows better than her how to push Shoutarou's buttons, one of which is being called "baldy." 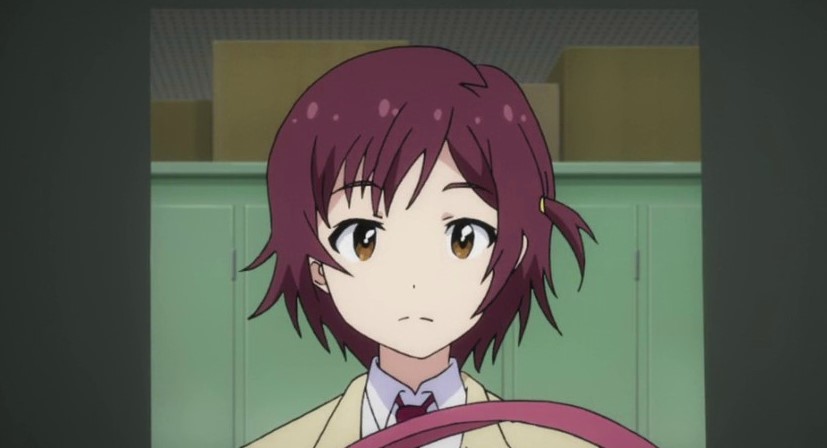 Ayaka is Mitsuki's best friend at school. She's the archetypal perverted female friend, frequently teasing Mitsuki to shed her cold exterior and tart it up a little. In general, Ayaka tries to get Mitsuki to open up, and is one of the only people who can reliably make her smile. She's sporty and encourages Mitsuki to be the same way—much to her surprise and frustration, because Mitsuki's a superhuman athlete when possessed by Hiyori. 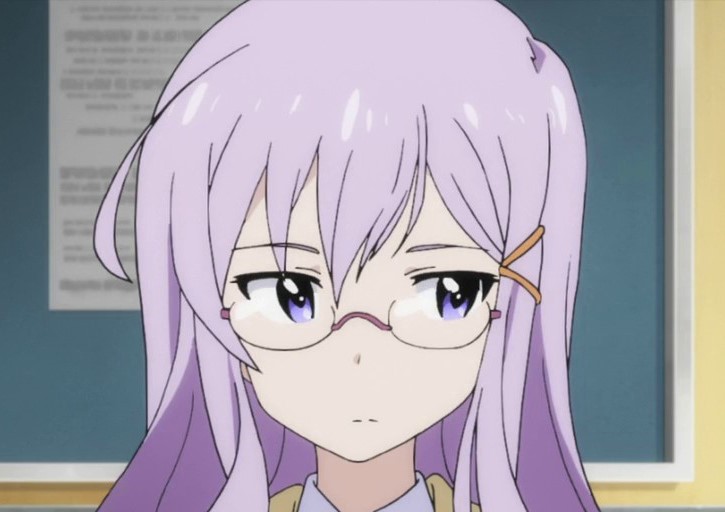 We don't know Neko's last name, or much else about her for that matter. She's a quiet, bookish girl who is always seen reading the same book: in class, in town, and even at the onsen. Neko is reserved and dresses conservatively, according to her family's policy. She views the world around her with a detached, scientific curiosity, and sometimes manipulates her friends and acquaintances just to see what will happen. Neko also may or may not be able to sense the supernatural, and she certainly isn't telling. 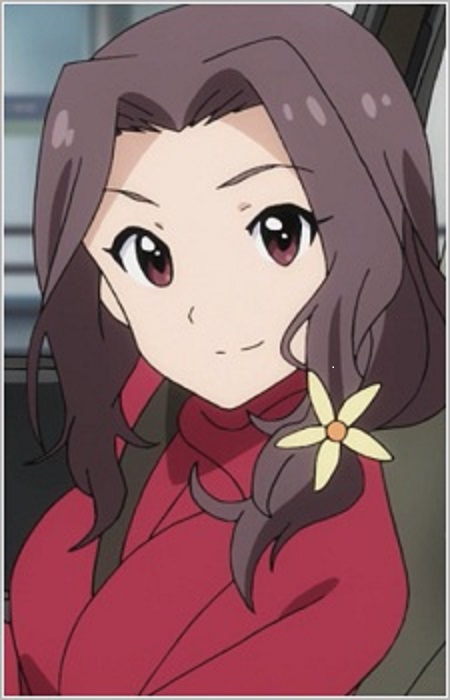 Nanami is Mitsuki's aunt, and often visits to check on her niece and nephew while their parents are away. She is an anime storyboard artist who takes her career seriously, often working long into the night to meet her deadlines. Although she loves her family and tries to help them wherever she can, it's as likely as not that Yuuya ends up taking care of her—whether she shows up exhausted after a hard day at the office or drunk after a wrap party. Nanami takes her drinking as seriously as her work, and is often a classic example of the "bad adult": get enough booze in her and she'll be flirting with Yuuya's friends faster than he can blink.

Although we spend a lot of time with the characters, Saikin, Imouto no Yousu ga Chotto Okashiinda ga is pretty light on the background. Why must Hiyori win Yuuya's heart to cross over? Who are the mysterious creators of the chastity belt? And what's up with Neko, anyway? It's a small world so far, and if the series finale is any indication, it's part of something much bigger. The anime appears to be over for now, but the manga continues. Maybe one day we'll find out who's calling the shots up in Heaven.

Characters of No Game No Life

Sora and Shiro are two genius online gamer NEETs and together form the unbeatable gaming identity "Blank." After a grueling online chess match, they find themselves summoned to the mysterious world of Disboard where all conflicts are settled in a high-stakes game. Meet the diverse cast!