Classroom☆Crisis ends in the only way it knows how―with a presentation to the board of directors and another inspirational speech by Sera Kaito. 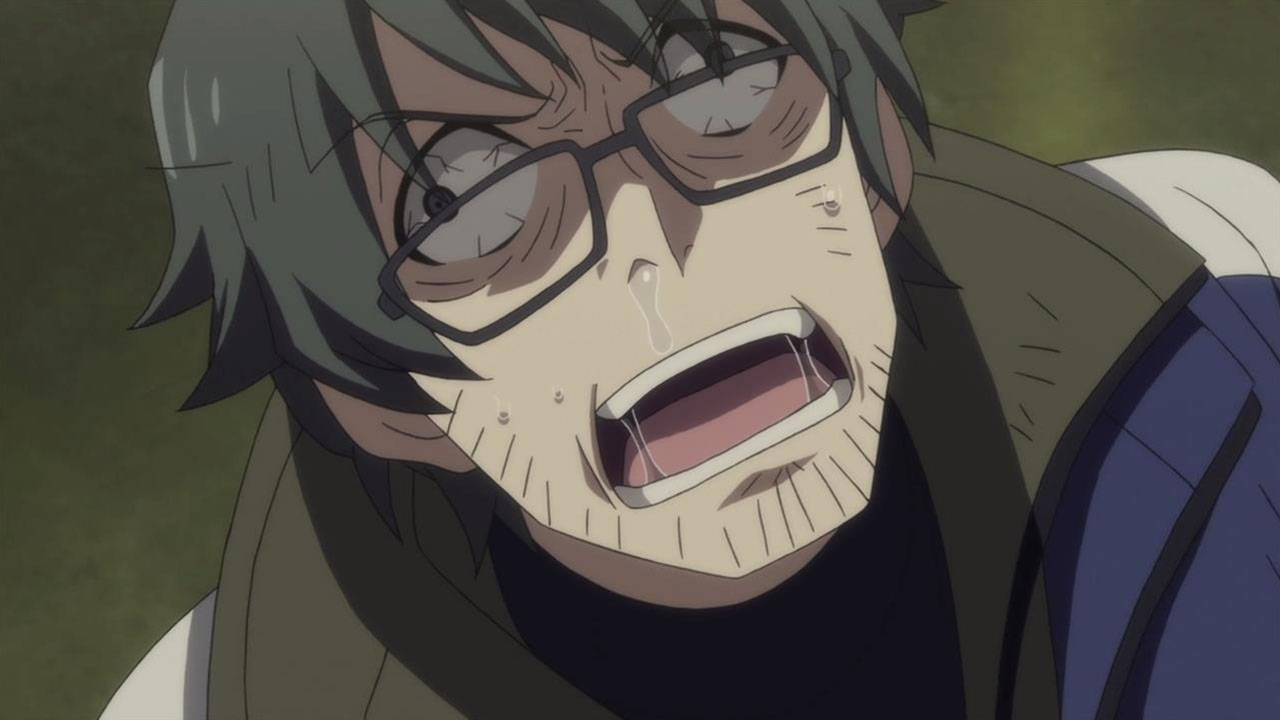 I said in previous episodes that someone needed to put Yuji on some kind of suicide watch before he does something bad. Turns out I wasn't thinking quite far enough. The guy needed to be put on a more general police watch or even terrorist watch since the guy was clearly demonstrating signs that he was dangerously unhinged. I know it might be hard for viewers to have any sympathy for a villain who just strapped our brave hero to a chair and fired him into an asteroid. Especially considering he took off Nagisa's shirt before strapping him in with masking tape. That will hurt like nobodies business when someone rips it off him, pulling out all of his chest hairs. It will probably hurt even more than the relentless kicks to the stomach Yuji was giving him.

Someone needed to put Yuji in a correctional facility. I know Nagisa was intent on getting back at the guy who had systematically beat him all his life, but at least a life in prison keeps him under the watchful eyes of people who will ensure he won't lash out at other people or even himself. How on earth did Yuji convince a gang of lackeys to follow him? Surely at some point those generic thugs must have seen the absolute crazed look in his eyes and thought that maybe they should stick to plumbing or something. Look at the picture at the top of this post. Does that look like the facial expression of a man you would follow the orders of? Unless of course he literally held a gun to your head, which I suppose isn't outside the realms of possibility. But once you realise you're going to be held accountable for murder anyway, at least take part in the murder where the crazy guy isn't going to be giving you insane orders anymore. 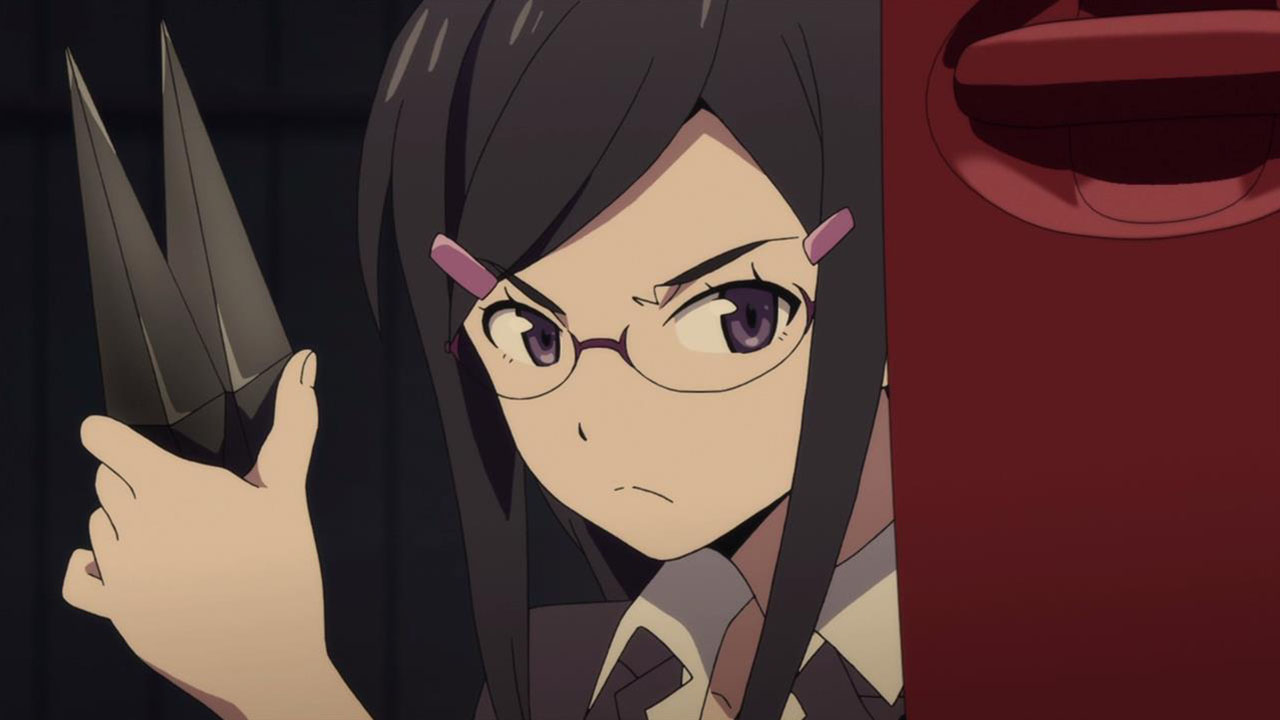 It all didn't matter anyway as Angelina stormed the fort, doing her now fairly frequent Naruto impersonation, and took out Yuji and his cronies. But wait, because they faffed about for too long, Nagisa was blasted off into space never to be seen again. The company and his older brother revealed they were happy to let him die and just sweep his body and wreckage under the rug, but our team at A-Tec had other ideas. Despite the fact that their one and only pilot was having a minor breakdown and was shaking like a meth addict going cold turkey, they were going to fly their barely tested engine and rescue Nagisa. On that note, surely A-Tec would have had a backup driver? Every group like this has a backup driver because of how dangerous the act of piloting is. Formula 1 teams have backup drivers for example. Sports teams have substitutes. What if their pilot falls over and sprains their wrist the night before an important flight? That's a significant choke point they really should have considered beforehand. This seems like poor planning on the part of A-Tec and just another sign that they should have just been disbanded due to poor management. 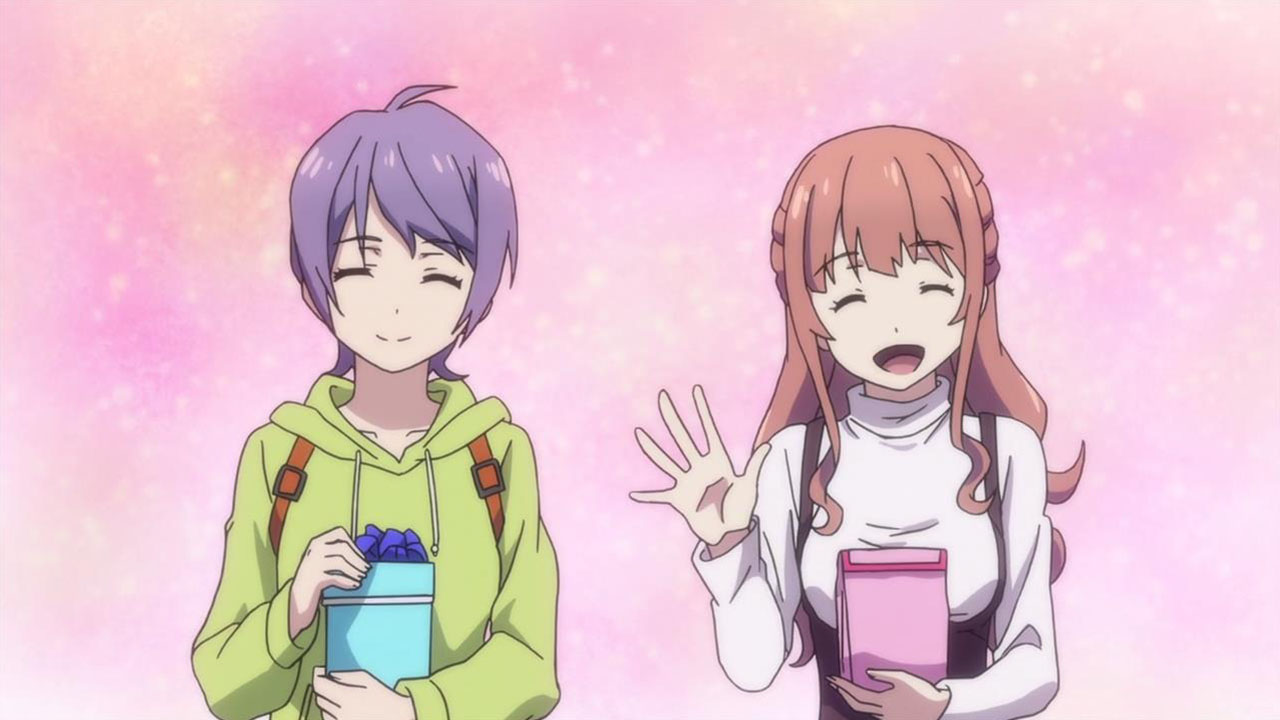 Since we're on the subject of the pilot, was I the only one who felt the one true ship throughout this show was Mizuki X Iris? Frankly the whole love triangle between them and Nagisa was a tiring, boring distraction in the show that went nowhere. Equally the whole subplot about Nagisa and Iris changing places as children had basically no bearing on the plot whatsoever, and if it had been removed, would have made zero difference to any of the events. This leads me to conclude that the only reason they put that plotline in there in the first place was to strengthen the Iris X Nagisa relationship. There were multiple scenes in the show where Mizuki and Iris were so close to kissing I was actually a little shocked they didn't, particularly the scene in the final episode where they held each other and weeped silently. Forget your boring, heterosexual couples. Yuri ships are where we should all be! 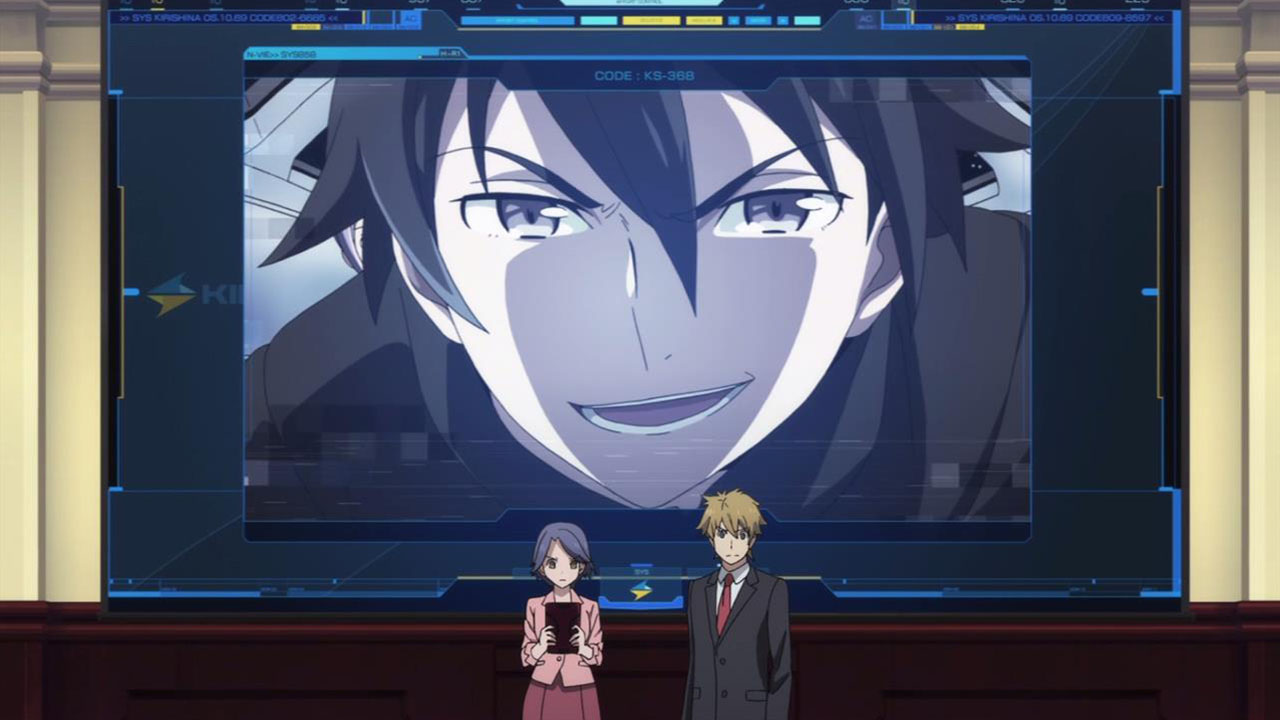 I did quite enjoy the ending speech by Kaito and the final plot twist. It tied up the main plot in a quite satisfactory way and made a fair bit of sense. They demonstrated what amazing products they could develop under limited time, extreme pressure, and a slashed budget where their funds were being continuously siphoned away to. Actually did they ever tell us what those funds were being siphoned off for or did I miss that part? Anyway, the important part is they showed the world what they could do by live-streaming their report, turning what should have just been an annual internal report into a glorified press conference with potential shareholders. I particularly liked how Nagisa sold what they were offering. Sure they no longer have this new engine they designed as it was officially property of Kirishina, but if that was what they could develop under the terrible working conditions Kirishina had forced them into, just imagine what they could create with some proper investment. The X-3 would be rendered obsolete in no time.

And that's it. Classroom Crisis ends with quite a good episode for the very few who were watching this show. I've seen basically zero buzz about Classroom Crisis on any anime forums during its airing run. There were a few excited anime bloggers when the anime kicked off because it was about corporate politics, but that died off fairly quickly. I would say it was underrated given it has a rather low score of 7.22 on MAL at time of writing this article. However considering I personally only gave it a 7/10, I'm not helping it rise any higher. Ultimately I think the problem was it didn't excel in any one category. I keep coming back to the decision to set this anime in high school with a bunch of teenagers as its lead cast. Fans who wanted a high school romance drama would have been irritated by the long, dry segments where characters sat around discussing politics. Science Fiction fans would have been annoyed at the under-utilised setting. For people who wanted the political drama would have been annoyed by the episodes spent farting around on the beach and the teenage love triangles. I suppose if you were an anime fan with the very specific crossover of science fiction teenage corporate political romance drama comedy, then Classroom Crisis would be perfect for you. For the rest of us, it sits around that slightly above average 7/10.