Another cour of Diamond no Ace comes to an end with a reminder: Yes, all those other teams are still out there, and yes, Seidou is going to have to play some of them sooner or later. 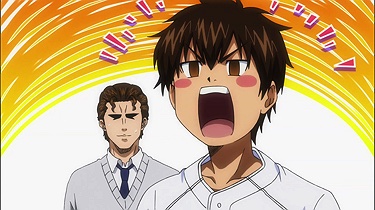 With sports anime, when you have a big emotional crescendo like last week's episode of Diamond no Ace, it's usual to not even try and match it the next week. And so is the case here, with a low-key episode that avoids the problem by hardly focusing on Seidou at all, but on the obstacles old and new standing in their path. 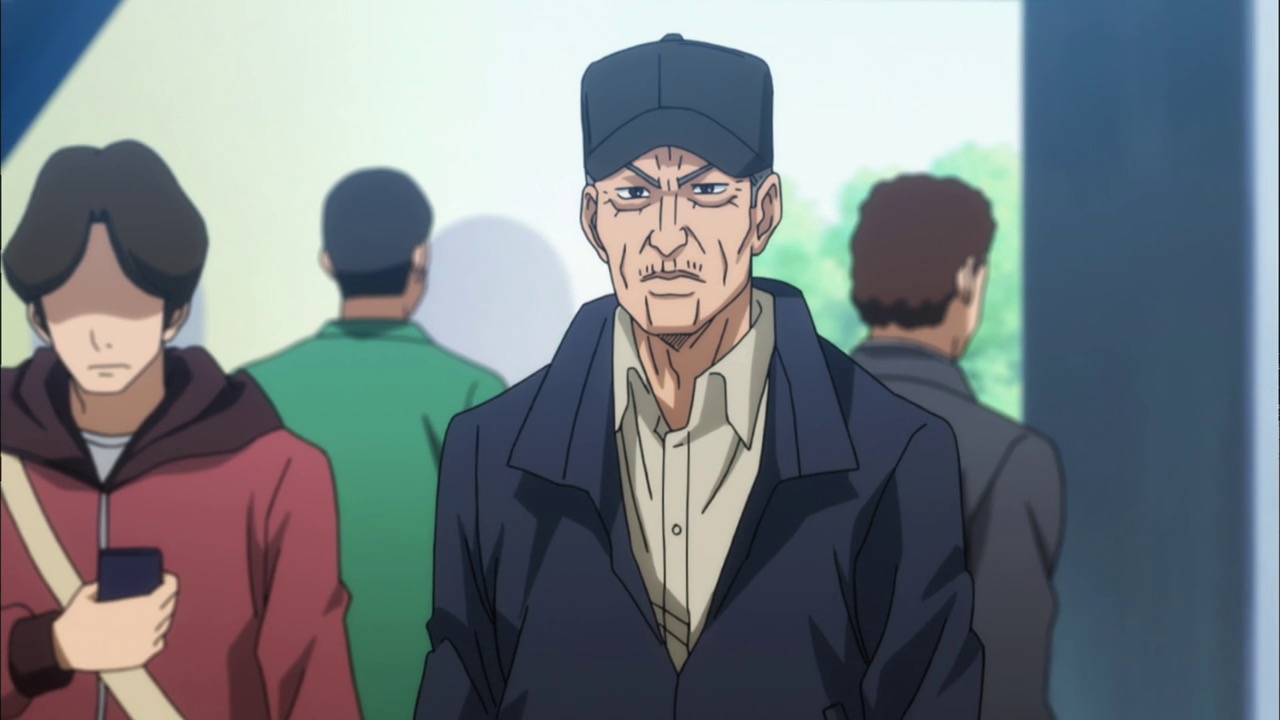 But first, there's a bit of tidying up to do after last week's blockbuster. There's Eijun's reward, a compliment from Chris-sempai - a charming moment, but one that was altogether more low-key than I was sort of hoping for. A "You've gotten really good" coming from him is high praise indeed, but while it does sort of go to Eijun's head, a cocky Eijun still seems pretty harmless. And frankly, it's good to see him displaying some real confidence in himself. 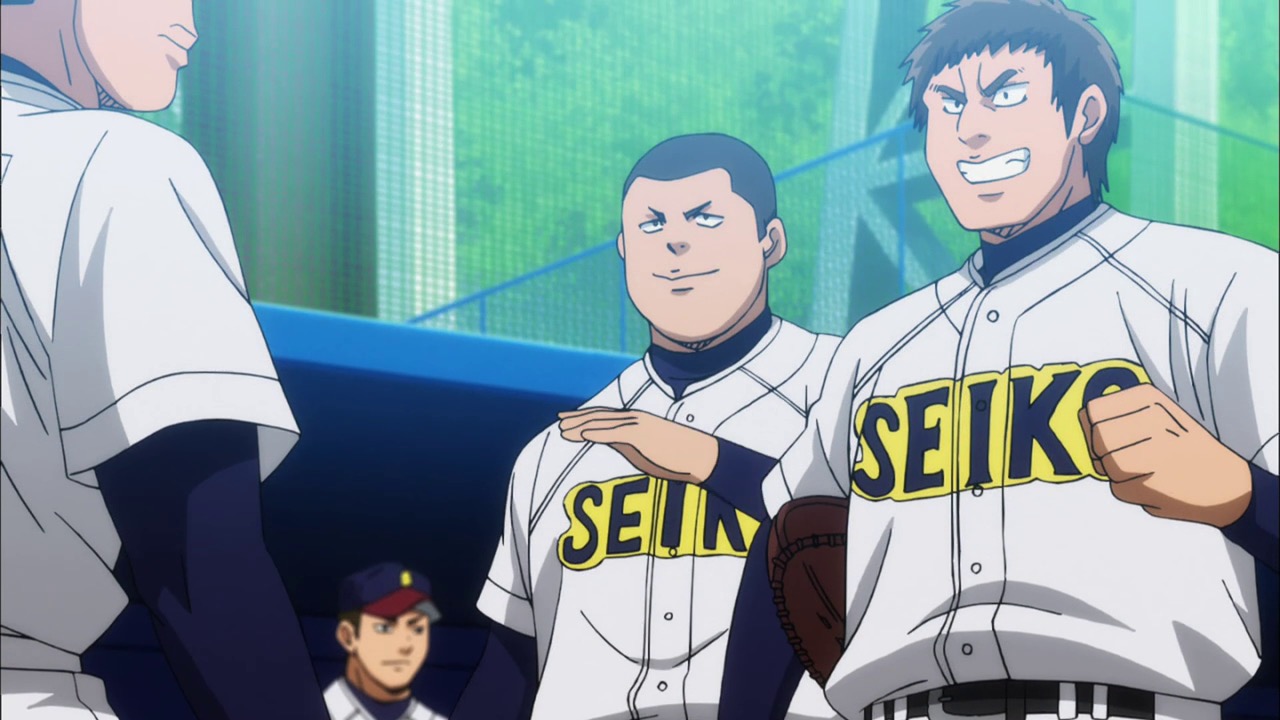 Furuya is a problem. It's always a problem when you make a character as thoroughly unlikeable as Furuya-kun has been and then try to get the audience to buy into humanizing him. But the truth is it seems as if Daiya no A doesn't even really try - we get a sort of half-hearted flashback sequence with his grandpa, but if that was supposed to counteract a year and a half worth of being the world's worst teammate, it fell woefully short of the mark. 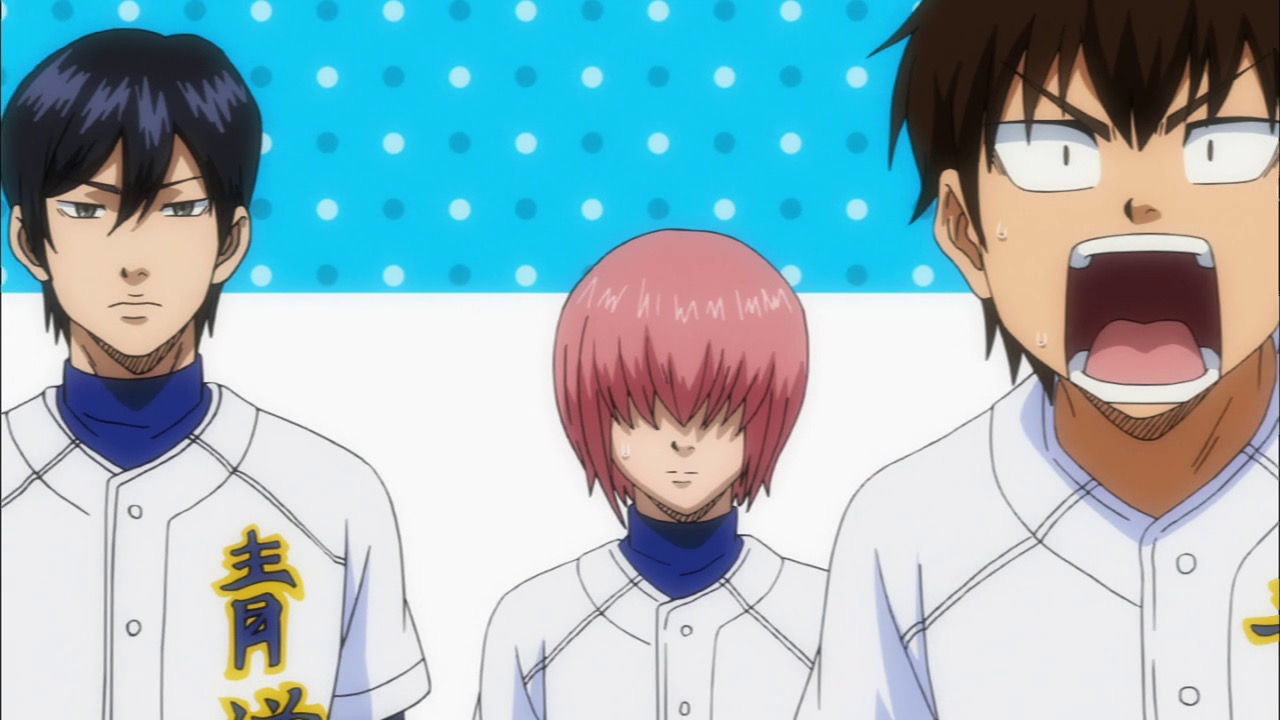 The elephant in the room - again - is the question of who will be starting the semi-final game for Seidou. And that's intimately tied into the choice of opponent, which is to talk from a matchup between our old friends at Sensen and a new (as far as I remember) outfit called Seiko (they're ones to watch) - a team whose coach has been fired for bowing out in the first round of Koushien qualifying. 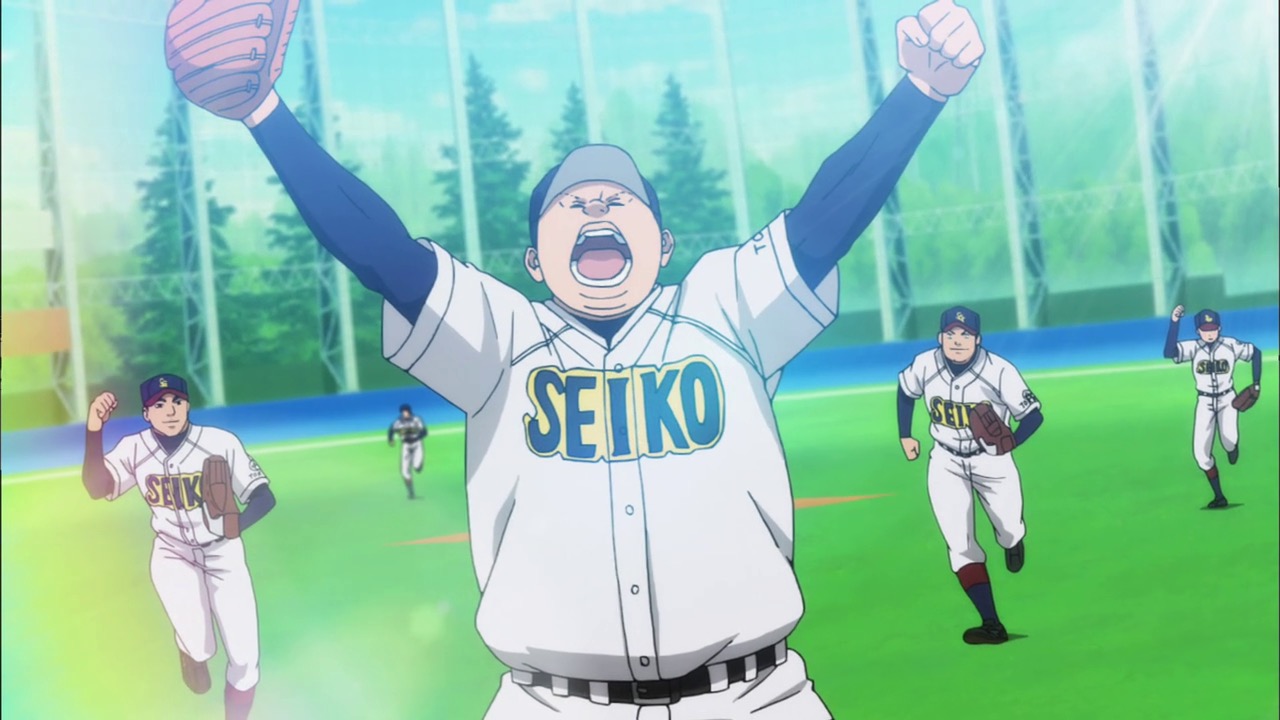 The foreshadowing was that Sensen and their giant ace Maki would be the ones to survive, but Seikou's sluggers have something to say about that. They're a team of burly sumo-types, including a freshman southpaw who looks like a Yokozuna and throws a heater like Randy Johnson, and they overpower Sensen 6-3. 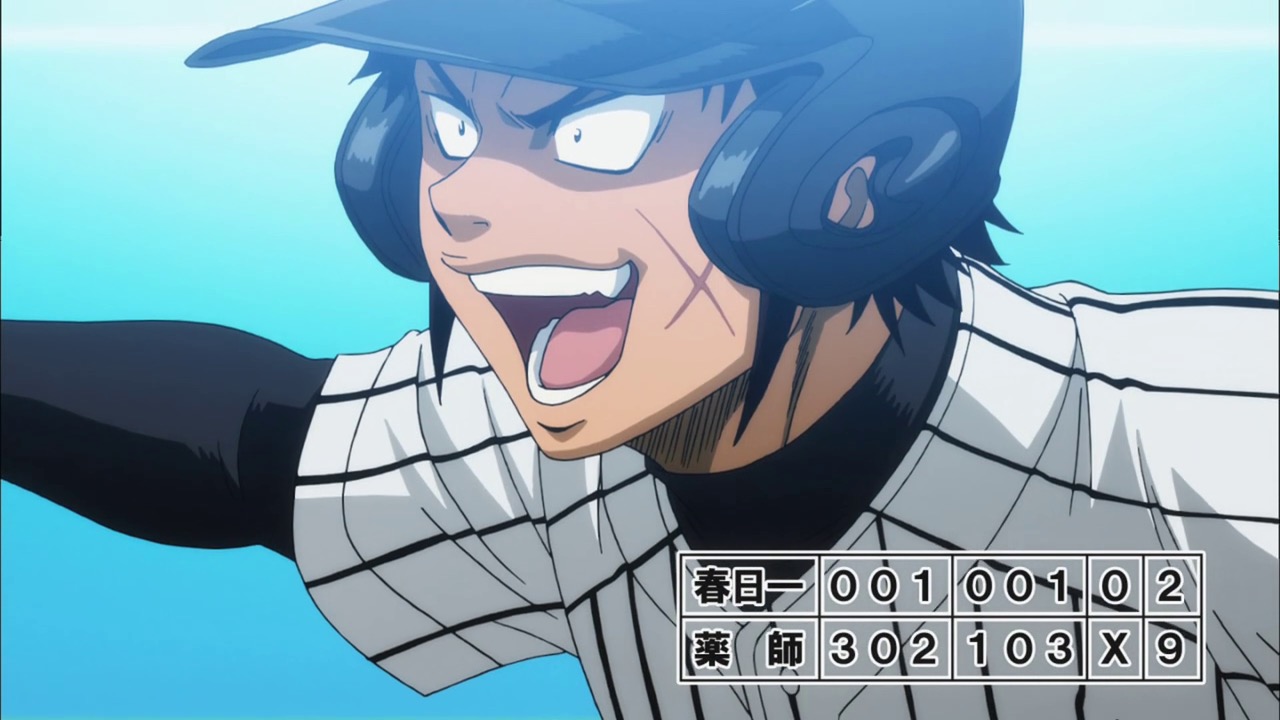 So who's the best matchup against a bunch of hackers who swing for the fences on every pitch? Maybe someone who's always around the plate like Eijun would have trouble, and a semi-wild flamethrower like Furuya would be better against a team that chases everything - but there's the argument that Furuya's only weapon is power, and he can't overpower a bunch of guys like that. 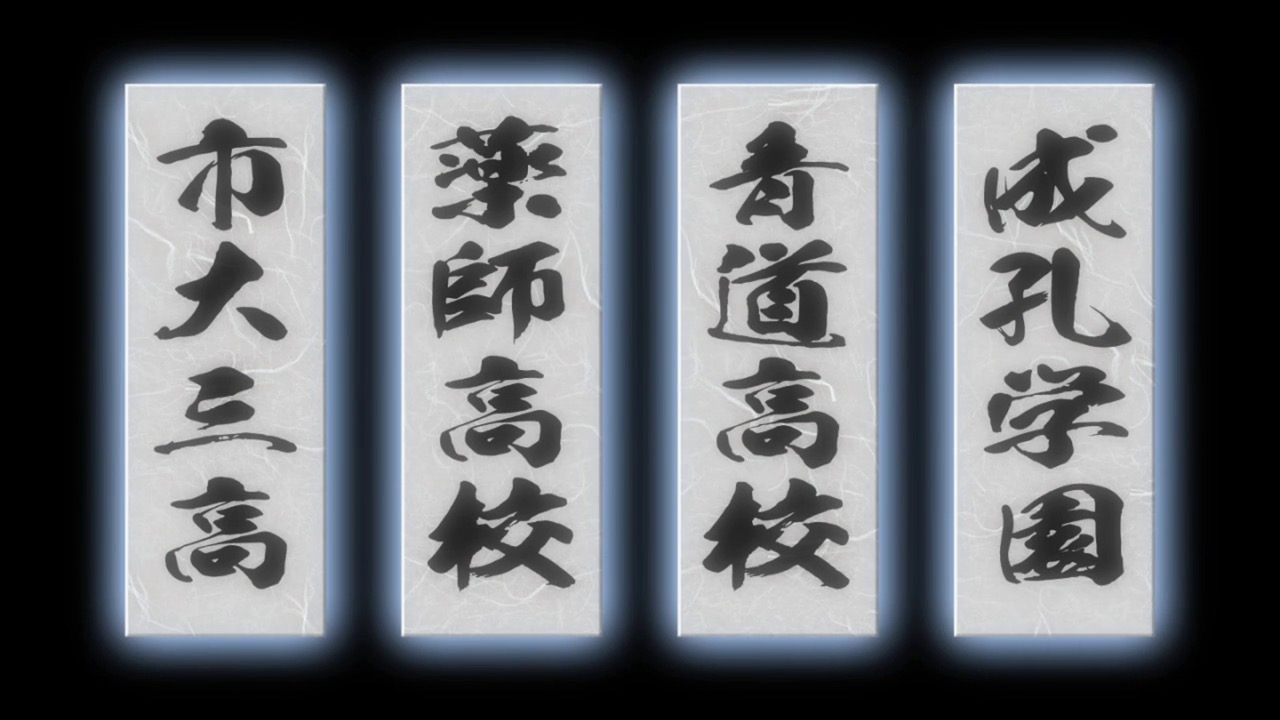 Ochiai's thinking is unexpected, to say the least - he's leaning towards Kawakami. I get the whole lowball pitcher thing, but to be honest it's hard to think of an instance where Kawakami has actually been useful - pretty much all he's done in eight cours is choke in the clutch. 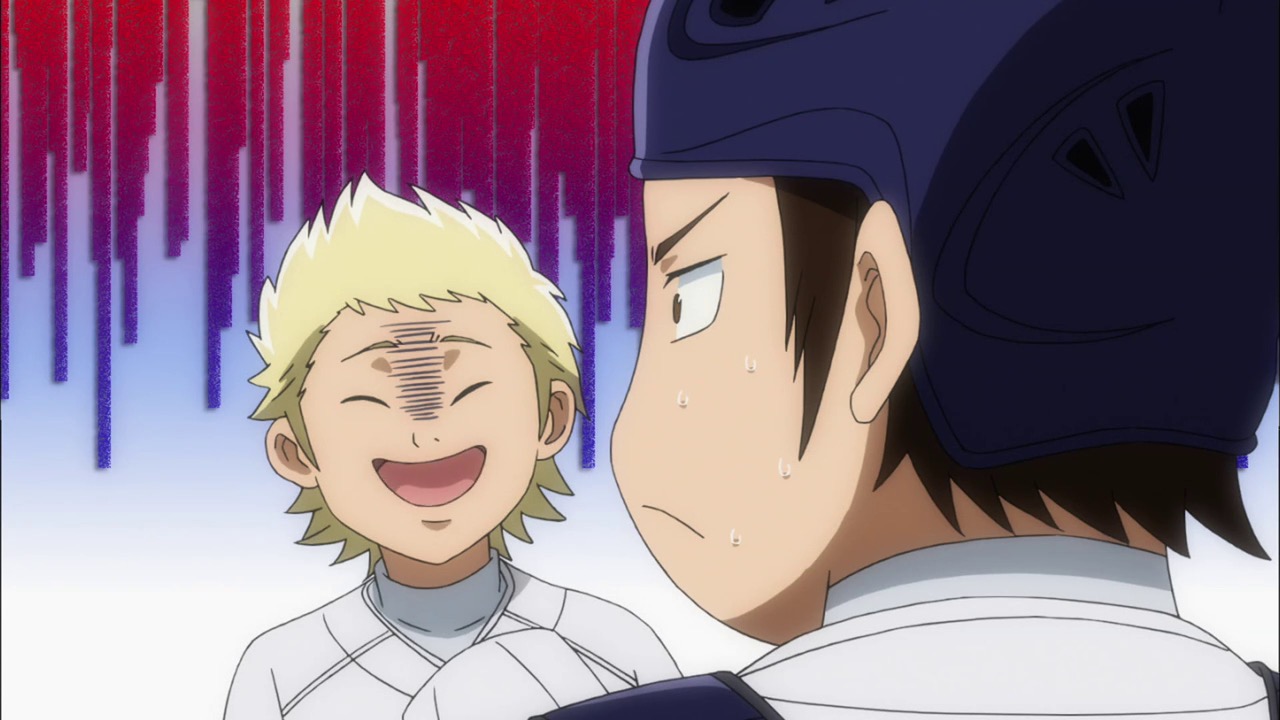 For now, we wait on that. And while we do, the other two semifinalists are decided - two familiar teams in Ichidai and Yakushi. I would assume Yakushi is the winner here, as their own baka Raichi seems fated to have a few more dances with Eijun-kun. I hope so - Yakushi and their anti-establishment style are the most entertaining opponent in the series. 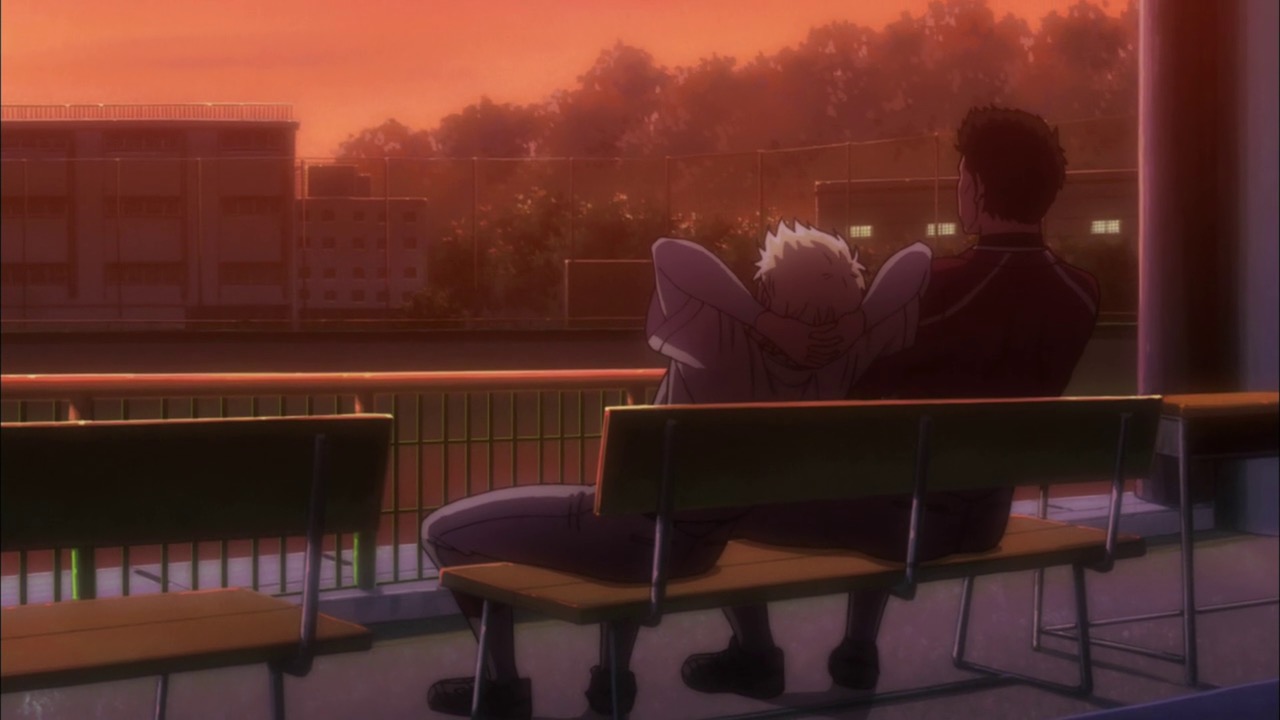 The most important opponent is of course Inashiro, and we check in with them too - eliminated from the Fall tournament, but still trying to work the kinks out in practice matches. Those kinks, mainly, exist in the relationship between Mei and Itsuki, and that's still very much a work in progress. Both of them still have a lot of growing up to do, but at least it can be said of Mei that he now understands what an immature little punk he is - and that, as they say, is progress.