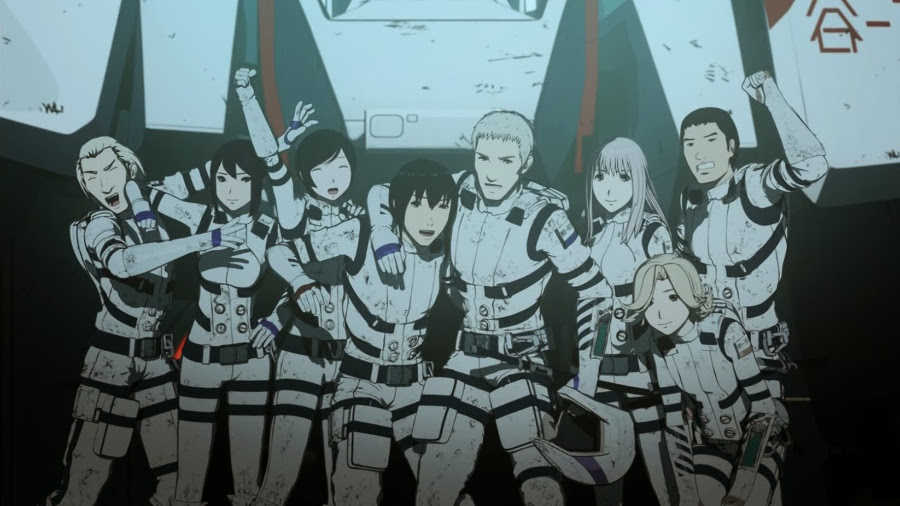 Sidonia no Kishi or Knights of Sidonia, as it is known in America, is an anime release from 2014. Sidonia no Kishi is based on a manga of the same name which is (as of the writing of this article) still running by author Tsutumo Nihei. The anime series is directed by Shizuno Koubon. Sidonia no Kishi is a science-fiction/mecha series that takes place in deep space on a large spaceship called Sidonia. Sidonia no Kishi focuses on a starship called Sidonia and the people aboard it. The series is set a thousand years after humanity has fled from Earth following its destruction at the hands of an alien race known as the Gauna. Sidonia may, in fact, be all that is left of humanity. Other ships were launched as well, but their whereabouts are unknown.

The basic setup of Sidonia no Kishi starts things off in an interesting place right from the beginning. Sidonia is a large ship, but it’s still a tiny portion of what was once humanity. The sense of community and shared destiny is a big theme in Sidonia no Kishi; everyone on board the Sidonia is in this together. What’s left of humanity is now on the run from the mysterious Gauna, about whom humanity knows very little. The Gauna appear as large impenetrable masses with tentacles. They are capable of emitting particle blasts as well. What is more, the Gauna can only be destroyed by cutting through the outer layers and destroying the Ena inside. Sidonia relies on the protection of mecha known as Gardes to fend off Gauna threats; threats that appear to come from nowhere. 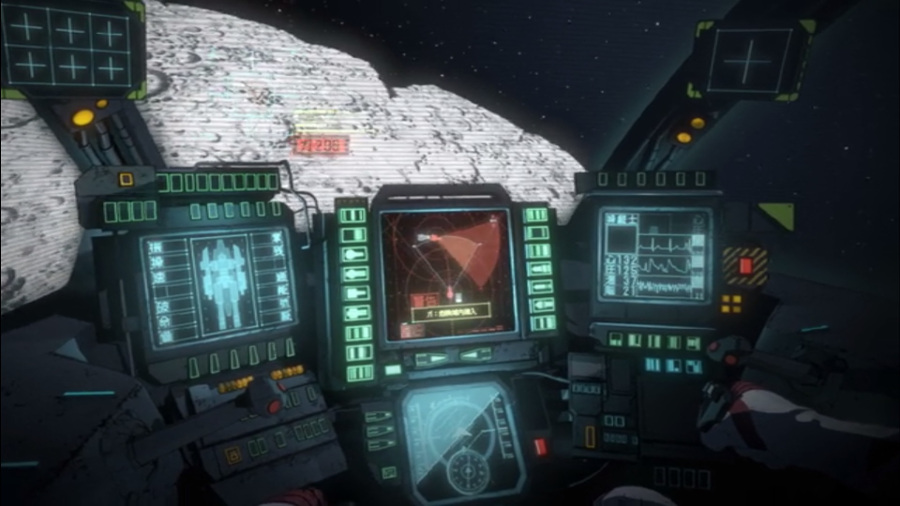 With me so far? Because now it starts to get interesting.

Alright, so we have remnants of humanity fleeing a little known alien threat through the galaxy. We also learn early on that humanity has adapted to living in space. Human cloning is now possible, and humans are capable of photosynthesis. Most humans have to eat only rarely, thus preserving resources and limiting waste. We also learn early on that humanity has developed a third gender. These humans are neither male nor female until they find a suitable mate, at which point they develop into the appropriate gender so that reproduction is possible. It is even revealed that Sidonia is governed by what is called the immortal council. True to its name, it appears that humanity has discovered how to extend human lifespan indefinitely. 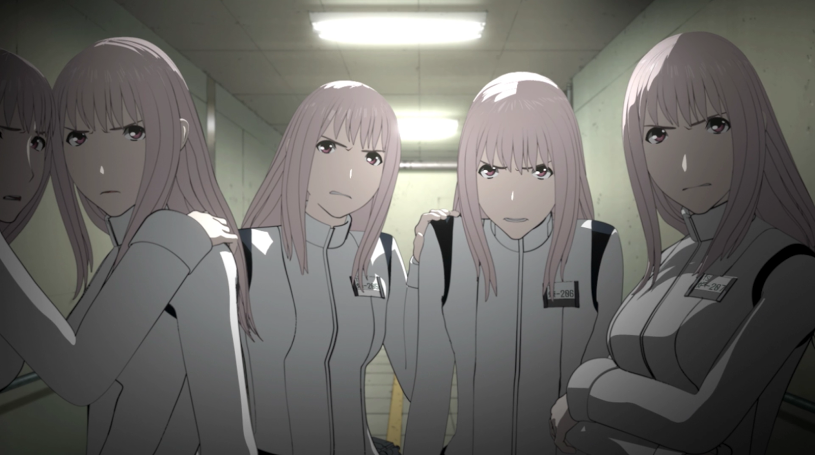 If it sounds like a lot to take in, don’t worry: Sidonia no Kishi introduces you to things a little at a time. The anime does a great job of revealing information in small increments. It also resists the urge to have characters explain these setups at length for the benefit of the view. Sidonia no Kishi simply makes these science-fiction concepts part of the world and allows this world to make more sense a bit at a time. It is a great strength of the anime that I never really felt confused by all the new details, but always interested. 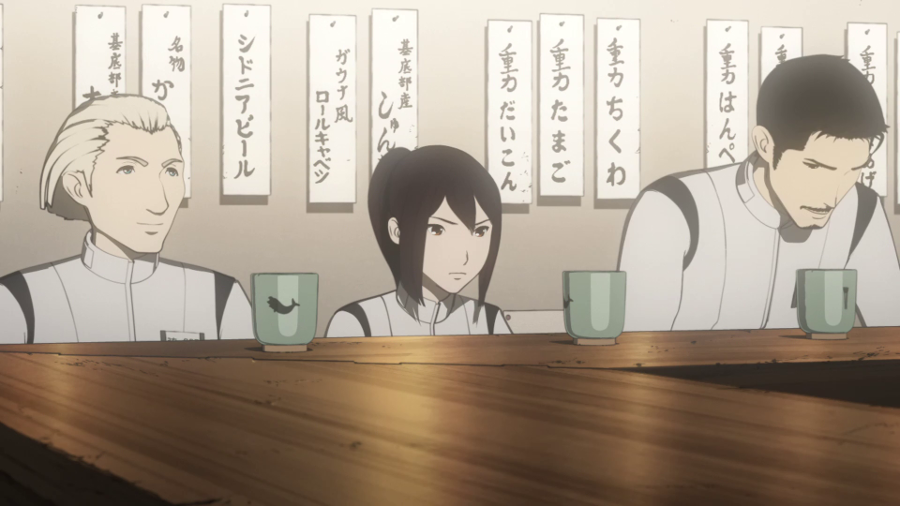 So I’ve come this far and I haven’t even mentioned our protagonist. We meet the protagonist, Nagate Tanikaze, early on in his efforts to steal some rice. We learn shortly that Tanikaze has actually been raised by his grandfather in the lower levels of Sidonia. He has never met another human (apart from his grandfather), and has spent a good portion of his formative years training on a Garde simulator under the instruction of his grandfather. Since he has been raised in isolation, Tanikaze is not able to photosynthesize, and is a ‘normal’ human. Tanikaze works in this regard to be the viewers’ everyman. Since he is new to this society, he has a bit of a learning curve as well. After all, he has had very little social interaction growing up. His physical differences also make him an anomaly to the other people of Sidonia. Despite his differences and difficulties, Tanikaze is able to make use of all the training his grandfather provided him as a Garde pilot. Though he is not well received by the other pilots at first, his skill as a pilot helps to bridge this gap. 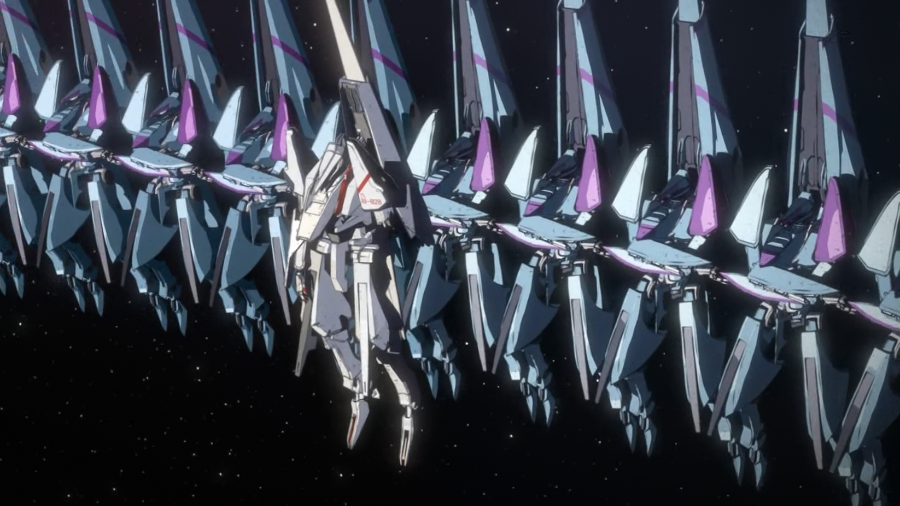 Sidonia no Kishi makes quite a lot of its science-fiction setup. While realistic might be the wrong word to describe it, the show relies a lot on the rules of physics, g-forces, inertia in space, limited resources, and a number of other scientific concepts. All too often, anime series have a tendency to play fast and loose with science and resources. A good number of Sidonia no Kishi’s stories revolve around the limitations of Sidonia and its technology. It’s a really refreshing change and it makes the world of Sidonia feel more real and the stakes of the show seem more personal. 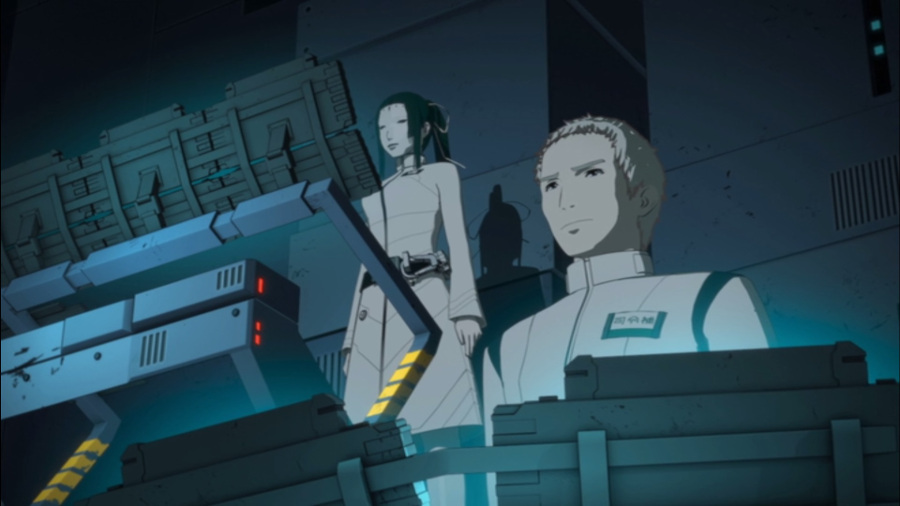 In this way, Sidonia no Kishi provides an interesting commentary on mecha series in general. It tends to follow a lot of the same tropes you’d see in a lot of mecha anime (young pilots, a savant style main character), and uses them to a very interesting effect. Sidonia no Kishi is also not afraid to show you the darker effects of such a conflict. I’m hesitant to talk too much about what goes on in the series because it’s really enjoyable to discover these things a little bit at a time.

So, I’d guess by now you have an idea if Sidonia no Kishi might be for you. If you like mecha series at all it’s probably worth a watch. It’s got some really interesting world building and some very compelling stories. 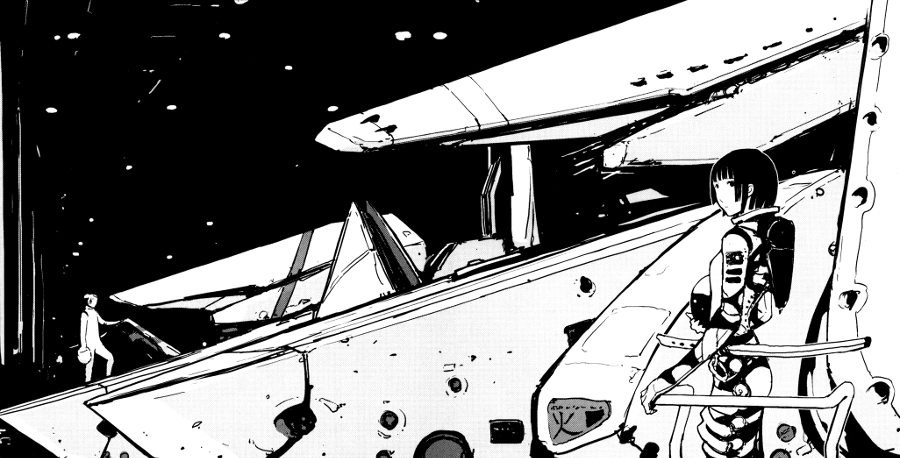 Also, you’ll notice that Sidonia no Kishi has a very distinct art style. It makes heavy use of CG, and it is a bit jarring at first. Once you get used to it, I think it fits the series quite well, it also seems to match the manga’s art style as well.

It’s tough finding things similar to Sidonia no Kishi. While there’s a lot of familiar anime things going on, it ends up feeling unique. 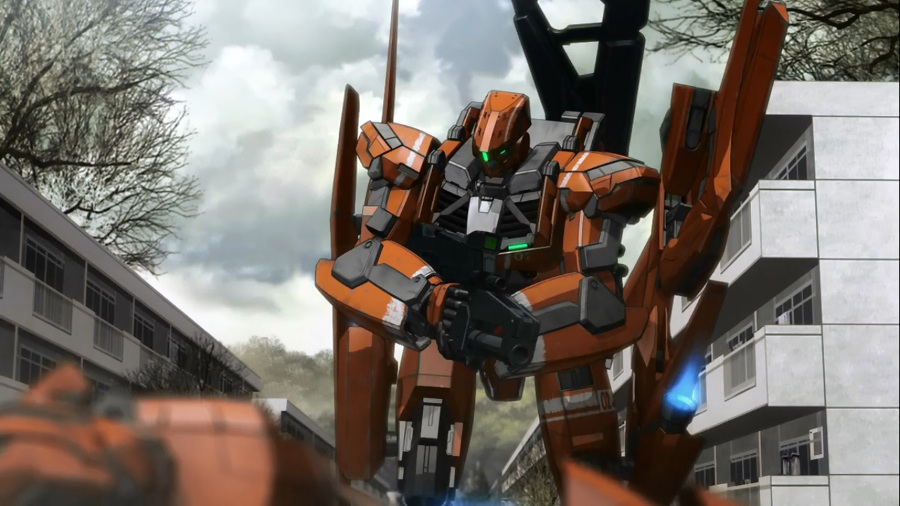 Aldnoah.Zero is the first thing to come to mind. It’s also a mecha series that has a tendency to defy the usual tropes. It puts the heroes in basic mecha and pits them against the heavily augmented mecha that are usually piloted by the protagonists in Gundam type series. 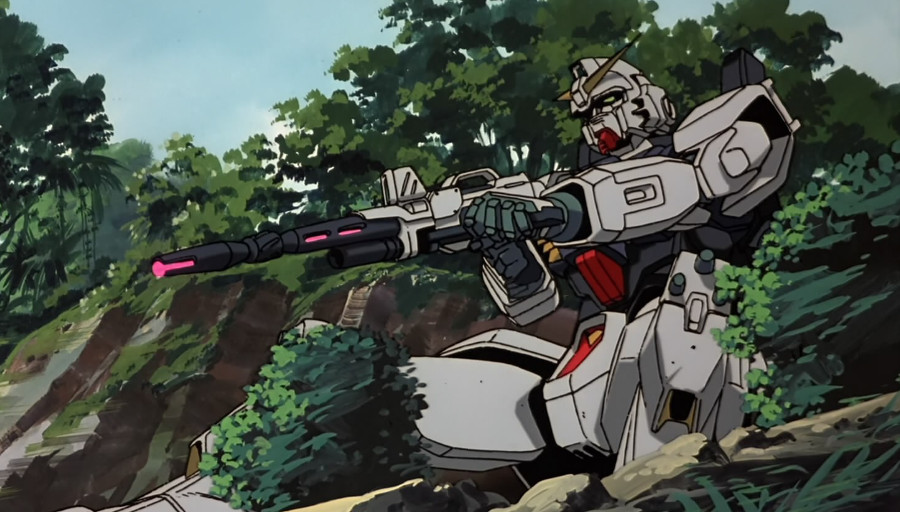 Mobile Suit Gundam: the 08th MS Team is another mecha series that is similar. It’s a short Gundam series that focuses on a small mobile suit platoon. The combat is realistic and small scale, and that helps it feel quite different from most Gundam series.