Everyone wants to know who the mysterious leader of the Dollars is. Dangerous figures are tracking our heroes in this latest episode of Durarara!!x2 Ten. 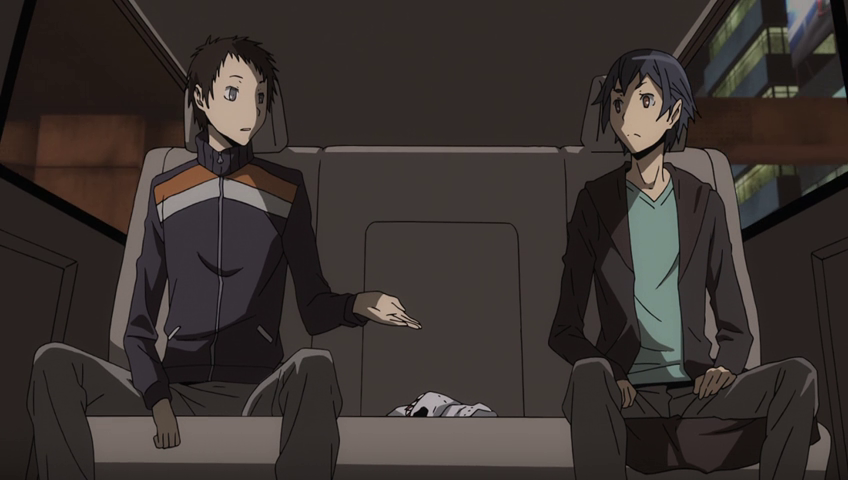 The last arc for Durarara ended in quite dramatic fashion with Kida discovering that Mikado was the new leader of the Blue Squares. Or surrogate leader at least, as he attempted to cull the Dollars of their less favourable parts. It was an incredibly well done scene that opened up a whole new storyline that it looks like this arc is set to explore. Multiple people have gotten it into their heads that they want to learn more about Dollars. The main difference now is their insider knowledge means they all know that Mikado is the leader. Now they're all researching this kid. The yakuza are asking Izaya for information on this otherwise nondescript teen. The mysterious, dangerous figure of Yodogiri Jinnai is also looking for more information on Dollars. They've made enough of a name for themselves now that they're attracting interests from groups arguably far more dangerous and certainly more experienced than them. 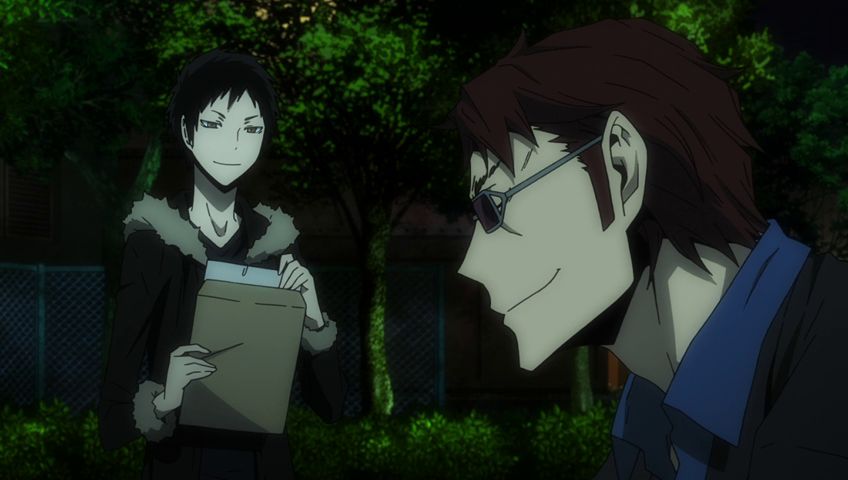 I wasn't a fan of Mikado before now. In a show with so many larger-than-life characters, the idea that the main character would be this boring normal high school male lead who we've seen in over 80% of anime airing today was irritating. But now with his newfound status, the previous 40-something episodes of establishing him as an everyday boring teenage boy has added to this mystique surrounding him. It adds layers to how such a seemingly ordinary kid could control this feared gang, and whether he even has a clue on how dangerous this power he controls is. The comparison between 4chan and Dollars is one I've seen brought up before. The founder of 4chan was barely growing his first "big boy hairs" when he set up the unholy centre for internet trolling. I doubt either him nor Mikado had any idea of what a scary place they had just created in their spare time. 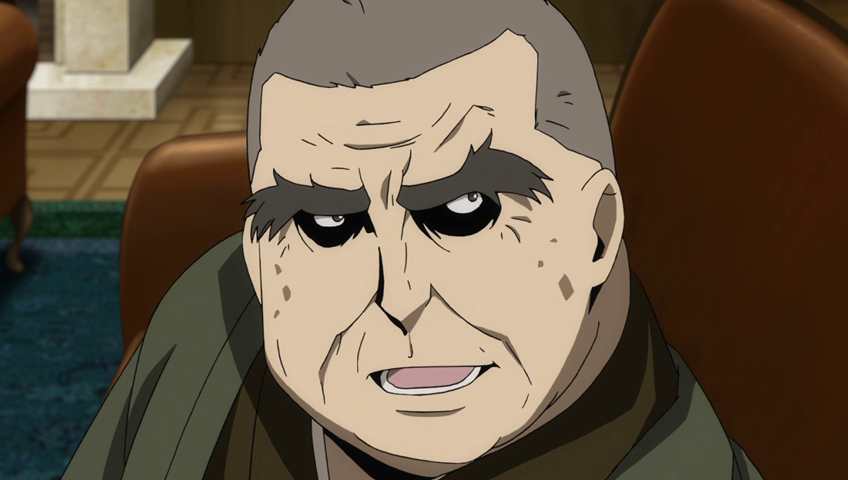 The direction they're taking with Mikado and everyone getting involved with his story is certainly interesting. However I will admit, this week I reached a breaking point with Durarara bringing back characters and expecting us to remember them. The ex-Yellow Scarves leader returning with new hair and a freshly burnt face I recognized, since he was a fairly important character in the first season. A terrible character who was a primary reason the last arc for the first season was so poor, but I like what they've done with him. He made for a particularly entertaining narrator this week. But everyone else being introduced drove me to madness. The cute police officer lady talking to the grungy looking reporter seemed to be referencing past events that I can't for the life of me remember. Yodogiri Jinnai shows up in this episode, except it's a completely different old guy from the Yodogiri Jinnai we saw in previous episodes. I thought Yodogiri was the old guy with the weak sounding voice. 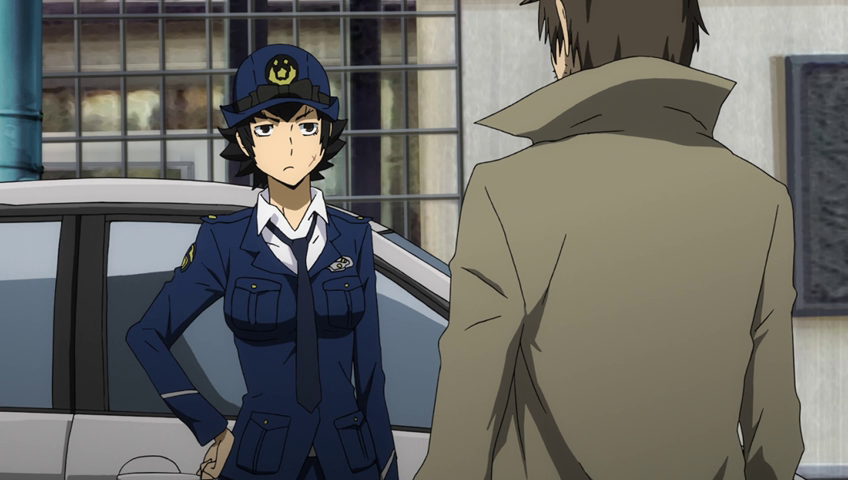 One rule for writing good stories is that you have a core cast of characters that you base the story around. A good piece of advice for young writers is getting them to cut entire characters from their stories when you realise how little they actually bring to the narrative. However the writer Ryogo Narita has made something of a career writing stories about a much wider cast of characters as they bounce off each other. They only work because of how good a creator of personalities he is. Each and every person he writes is instantly memorable and distinct, so his wide cast in Durarara and Baccano can be instantly recalled. He can spin stereotypes into new and fascinating people. But this only really works when they are on screen. Once character callbacks, deep relationship ties and complex allegiances get crammed into the story and we're required to remember them, it stops being entertaining. I'm generally able to keep up thanks to wikis and personal notes, but it's not fun to spend most of the episode furiously wracking my brain to remember who is connected to who. I like what they're doing with this new arc, but at some point the sheer amount of characters introduced gets in the way of what makes the anime so compelling.