In this week's episode of Aoharu X Kikanjuu, an anticipated character appears as Hotaru learns about her team's past, and the casualties it had. The stage is also set as we slowly approach the final episode. 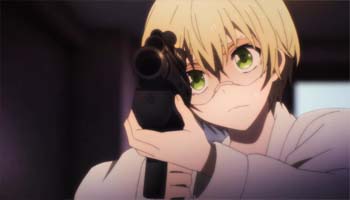 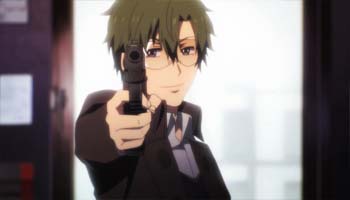 In this episode of Aoharu X Kikanjuu, the former female member of Masamune's team finally makes an appearance. It was in a flashback though, but the events that led to her quitting are finally revealed. Before that, the episode featured the duel between Hotaru and Midori. There is a thrilling showdown between the two, but it's overshadowed a bit by Midori giving some helpful advice to Hotaru. He acted as a concerned friend at first, but then he played devil's advocate and solely antagonized Hotaru. He taunted her about wanting to be Masamune's new team member, and the idea that this sadist will join the team definitely fired Hotaru up. The duel is pretty decent with Hotaru winning the whole thing, but it didn't hold as much weight as Midori's helpful advice. Thanks to him, Hotaru now has the resolve to confront her teammates and become part of Masamune's team once again. 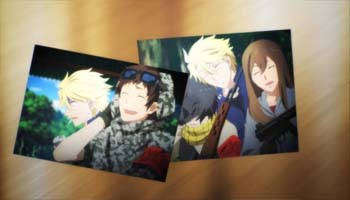 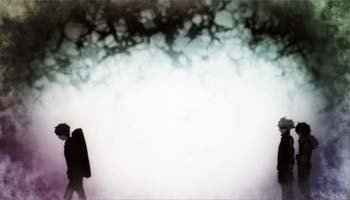 The identity of the former female member has been a carrot the show's been dangling for a while now, and she's finally revealed in this episode. Toru wants to speak with Hotaru after her fight with Midori, so he can explain the events regarding the former female member and why Hotaru has been kicked out of the group. The reason why they don't accept female members is because of the incident regarding their former teammate, and it's been a big issue for the show since. Toru once claimed she was hunted down during the TGC by a merciless Midori, and Masamune watched her get "killed" in front of him. This episode's theme is about Masamune being a coward, and sure enough Toru reveals he over-dramatized the event. As it turns out, Masamune was actually at fault in that incident and Midori is just abiding by the TGC rules. He shot a defenseless player after stealing her gun, and Masamune is held down to the ground because he was breaking the rules. It's certainly an anti-climactic moment, since the show hinted that the bad blood started with the event regarding the former female member. It didn't, because Toru claims she was just a casualty of Masamune's obsession with beating Midori from the very start. 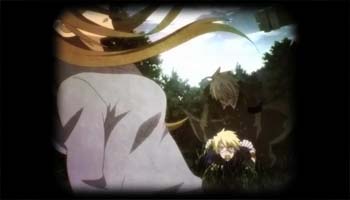 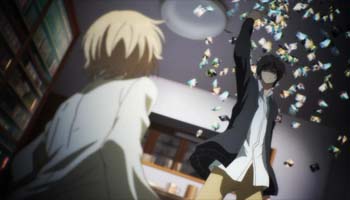 The exciting moment of her revelation is cut short when it was revealed that Masamune's team had another member before Hotaru, and the member leaving is the reason why Masamune kicked Hotaru out of his team. Masamune's obsession with Midori caused them three consecutive losses against Midori's team. The first time is with their female member, but the second and third time is with a skilled male player. The male teammate quit because Masamune ruined the game for him. It seems that Masamune's obsession caused the member to hate survival gaming, and he kicked Hotaru out of his team before the same thing happens to her. Toru believed Hotaru can help Masamune though, and he pleaded that she joins the team again. Hotaru is shocked with Toru deceiving her, but she soon agrees to return so she can knock some sense into Masamune. The episode ends with Hotaru challenging Masamune to a fight. 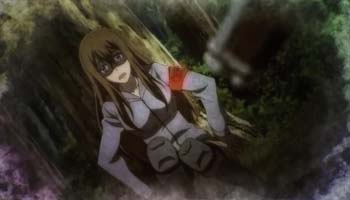 It seems that the show did hit a climax in the previous episode, and the story is heading towards a resolution. This section of the recap is perpetually reserved for the former female member, but her lackluster introduction to the story is upsetting. Instead of being the reason why Masamune wants Midori's head, she ended up as a plot device and a pretty ineffective one at that. Midori is just amazingly skilled that Masamune wants to beat him, and that's about it. While Masamune is shown as a sore loser and a coward after this episode, the feel good moment of the team reuniting is now ruined because the focus is no longer on the "evil antagonist" Midori being dealt his appropriate comeuppance. It feels like the show is rushing the ending though, but there might still be a satisfying resolution at the final episode.

Predictions for the Final Episode 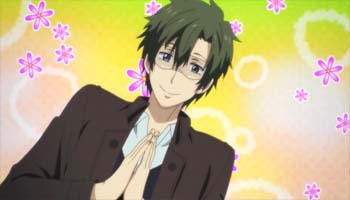 The confrontation between Hotaru and Masamune might be anti-climactic as well, since the scenes leading up to it felt a bit rushed. It might contain some cool moments though, like maybe Hotaru's bloodlust can make an appearance one last time.

I'm not sure about another season, so the confrontation between Masamune and Midori's team might be hastily presented as well. A cliffhanger would be a much better choice, so people will be enticed to read the manga afterwards, but it won't be surprising if the anime goes out on a whimper.