The Roast of Barusu

There's no escaping Ram's quick wit, so let's break down all of her incredible insults from every episode of Re:Zero. 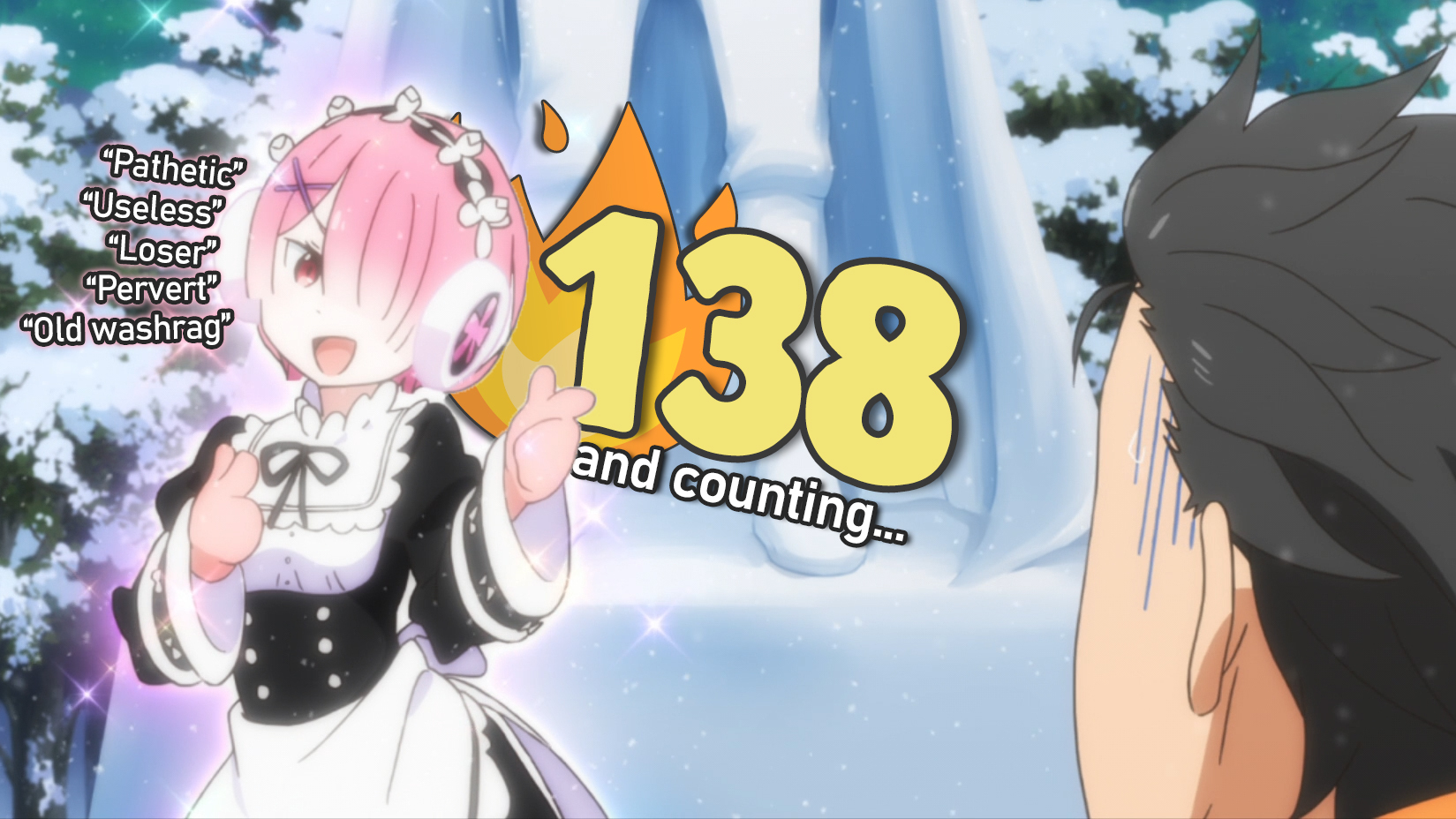 Ram's razor-sharp tongue can be heard across the entire Re:Zero anime franchise, including both TV seasons, Memory Snow, Hyouketsu no Kizuna, Petit, Break Time, and soon-to-be three seasons of Isekai Quartet. And I've gone through all of them to catalogue and analyse every blistering insult.

Here are the results.

Ram is standoffish in nature, so every quip isn't necessarily an insult, which makes objective cataloguing tricky. For example, there are high-tension moments where she raises her voice with Barusu, but doesn't berate him or his character. So I've narrowed her words down to 1. Direct insults against Barusu (e.g. name-calling) or a part of him/his actions, and 2. Strong sarcasm that implies a negative trait. I've also taken Barusu's reactions into account.

Some datapoints will be arguable, but this should still provide an effective overview of Barusu's torment.

Since Ram barely makes an appearance at the end of Hyouketsu no Kizuna (which wholly focuses on Emilia) with only one line, I've opted to exclude it from the Heat Map.

Ram's first encounter (well, multiple first encounters...) with Barusu and Memory Snow have the highest amount of insults, but the highest concentration belongs to episode 8 and 10 of Break Time with an average of one insult every 25 seconds. The first season of Isekai Quartet, in my opinion, features Ram's best burns by far, so it's sad to see such a drop-off for season two. Hopefully, Ram will step back up to the plate in season three.

Season two of the main series is, of course, still ongoing, so I'll be updating this article as new episodes come out. 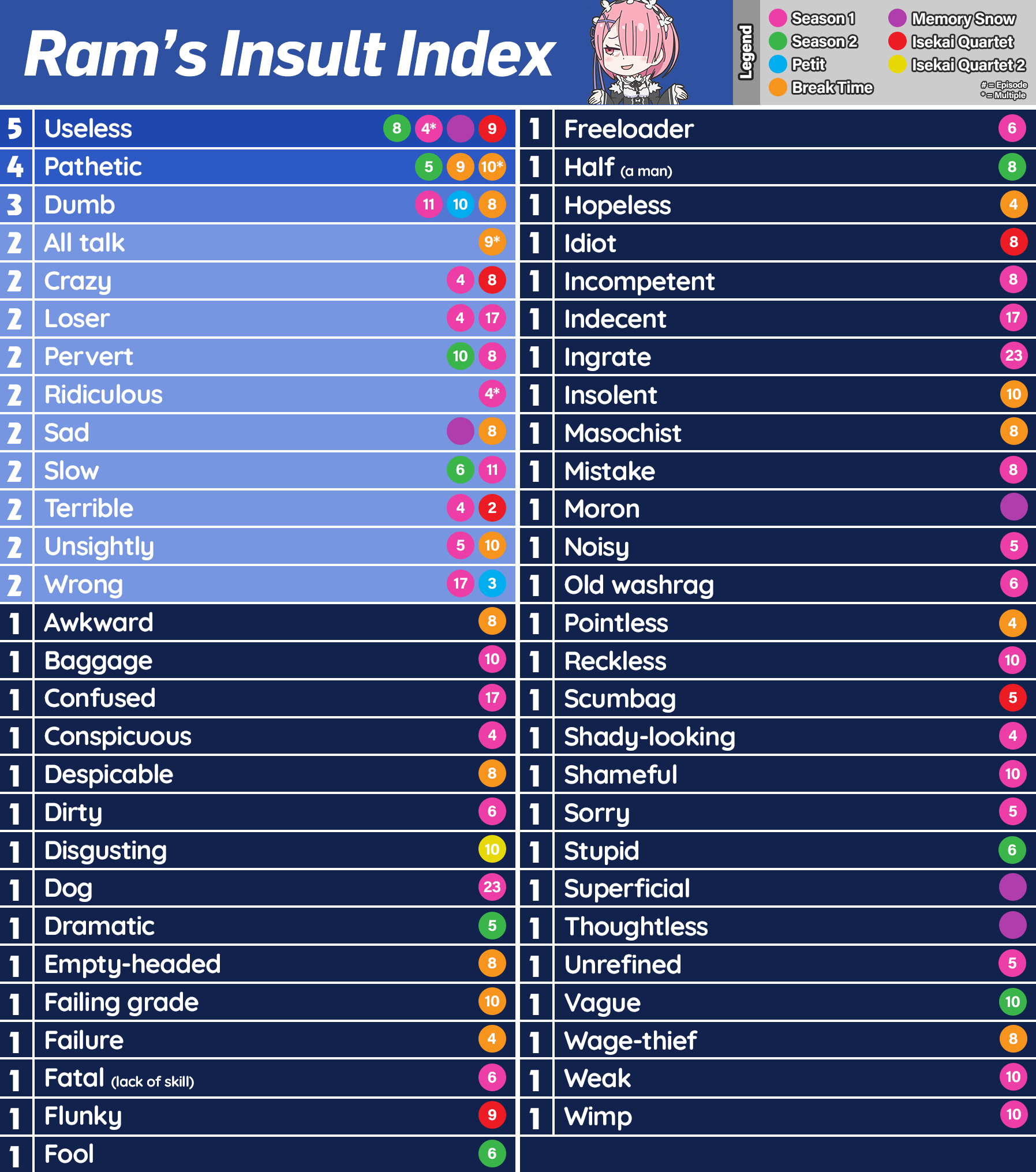 The actual scope of words will be more narrow if I look at the original Japanese, but since the English subtitles are how the vast majority of you are consuming it, they're effectively Ram's actual words. And in that sense, Ram has described Barusu or his behaviour with 53 different terms so far. "Useless" is her favourite way to describe Barusu, using it on four separate occasions in three different anime.

In between the standard calls of "pathetic" and "loser", there are some special, well-crafted burns that deserve their own recognition, many of which are from Re:Zero's various spin-offs.