Fall 2016 Anime You Need To Check Out 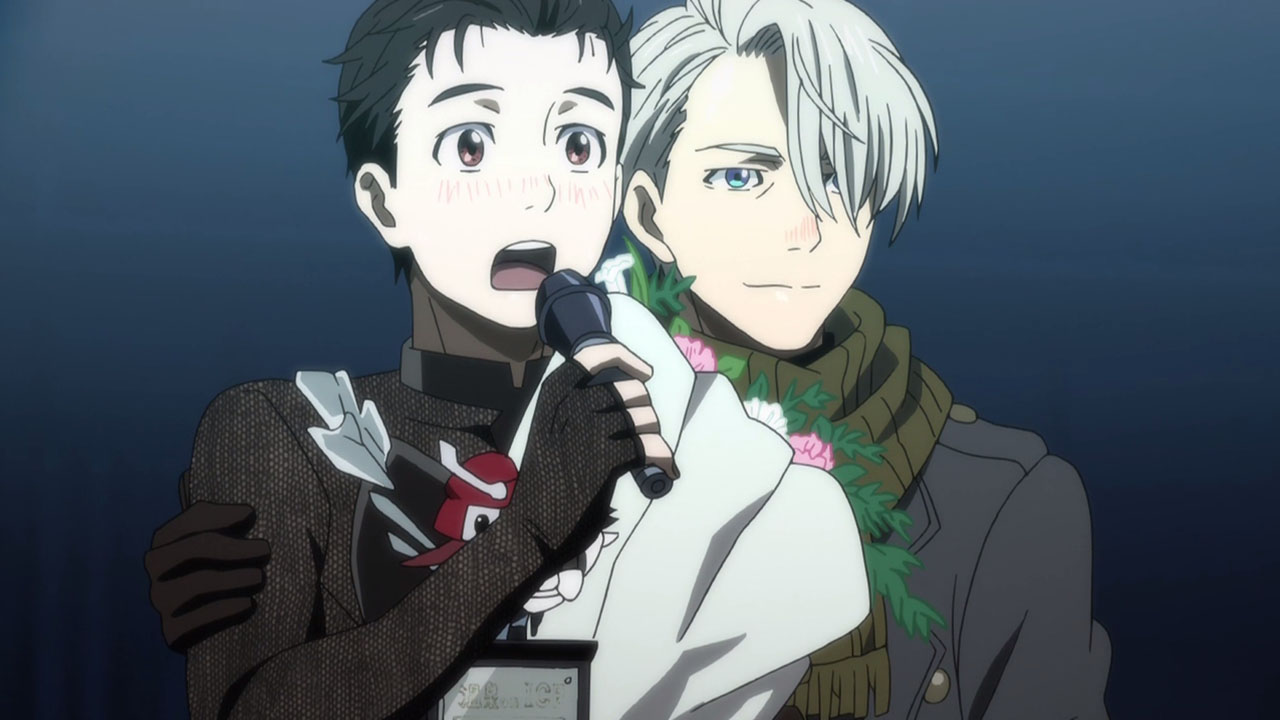 Undoubtedly the biggest hit of the new season so far when it comes to brand new anime, Yuri on Ice has really taken the anime world by storm. There was certainly a lot of people incredibly interested in it pre-season given that it was an original anime project by the stylish auteur director Sayo Yamamoto. She has worked on some of the greatest and most visually impressive anime ever, from Redline, to Space Dandy, to Samurai Champloo. Even a brief look at the anime openings she has directed (Psycho Pass and Arakawa Under the Bridge, some of the most visually distinct anime openings of this decade) should give an indication to what style she brings to anime. Yet the anime she has personally directed, Michiko to Hatchin and Lupin the Third: Mine Fujiko, never really took hold within the anime viewing population despite attracting a reasonable amount of critical acclaim.

With Yuri on Ice, she finally appears to have cracked that nut. All she needed was gay figure skaters apparently. OK there's a lot more to it than that. The goofy comedic tone helps tell this story about an athlete struggling with his place in the world after coming last in the international qualifiers, only for his idol to randomly show up at his home declaring that he's now his coach.

For all its goofy little mannerisms, there's a genuine warmth and depth to the characters that makes it feel relatable and human. Plus there's the extensive lavish detail gone into the figure skating routines themselves. No awkward CG skating routines here, it's all carefully animated segments that has to get across a lot of emotion through mostly body movement. It's a hugely impressive production so far and it's definitely the standout anime you should be watching this season.

3-gatsu no Lion (March Comes in like a Lion) 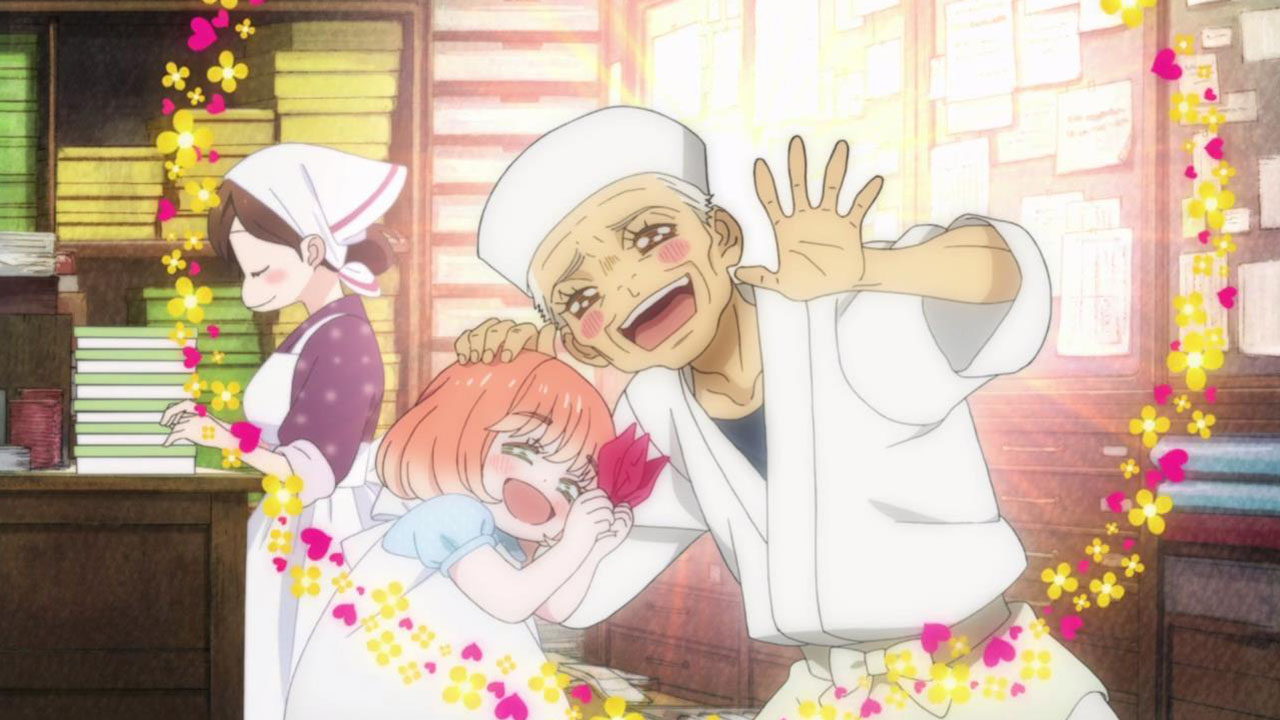 The people who like low-key josei dramas and the people who like Akiyuki Shinbo's eccentric directorial style are not Venn Diagrams that necessarily have a huge amount of overlap. You wouldn't have thought the people who liked this author's previous work, Honey and Clover, would cross over with the folks who are into Bakemonogatari. However, this is what the author of March Comes in like a Lion wanted and it has certainly produced some absolutely fascinating results thus far.

The story about a young professional shogi player struggling with alienation and loss as he interacts with a friendly family struggling with their own loss was always going to be a slow moving story, even in anime form. However, one advantage of the animated medium is that it's able to utilize sound. Silence in specific scenes is incredibly striking in bringing across the loneliness of isolation versus the endless noise when the main character visits the other family.

Whether it's successful or not depends hugely on your own personal preferences. I am exactly one of those strange people who likes both Bakemonogatari and Honey and Clover, so I love the style Shinbo has brought to this anime. Where I struggled with the manga, the tense tone during the lonely segments does a much better job at drawing me in. The slow reveal of what's going on in each character's life keeps me intrigued enough to want to discover more about everyone.

At its current score it has clearly drawn in some fans, but considering it's a long way off the score of the Honey and Clover series, it hasn't convinced everyone yet. There are a lot of people who just flat out despise the Shaft directorial style being grafted onto this josei drama. You really should watch it to see for yourself if it's the kind of thing you're into. 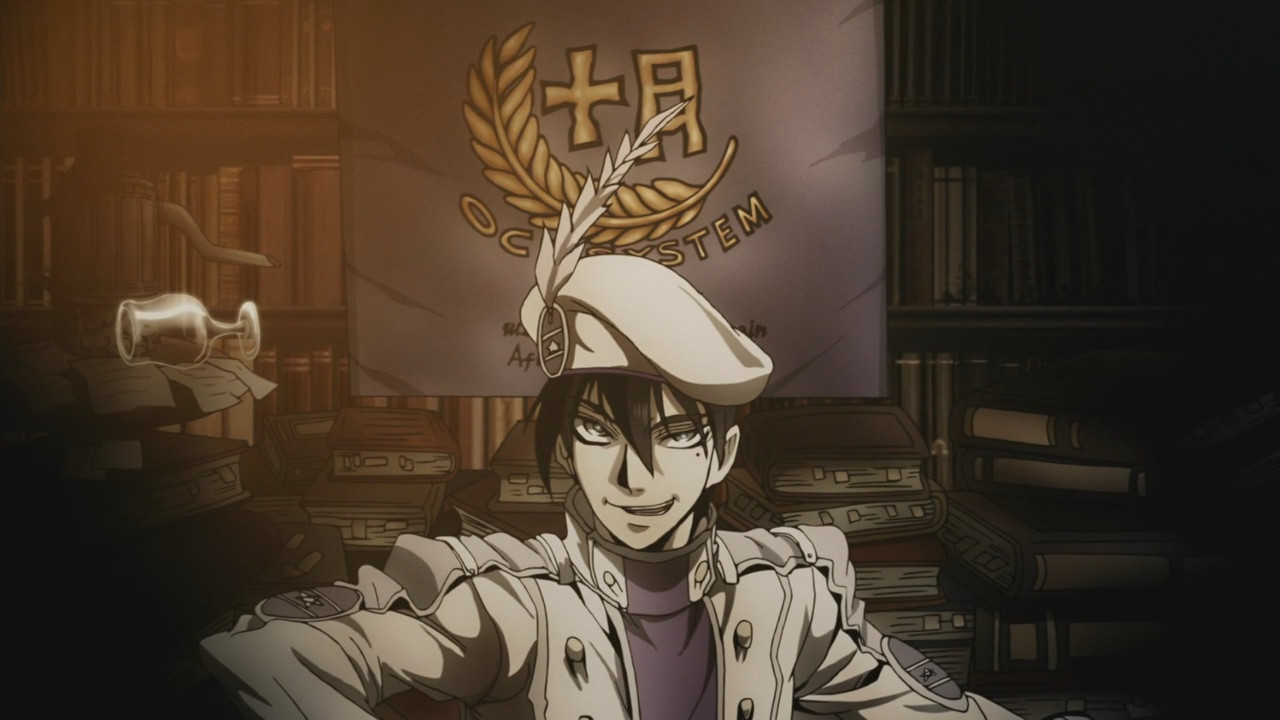 Another anime that had a bit of pre-season interest developing due to a hugely impressive one-two combo of famous manga author and director. The author is the same bloke who wrote the classic vampire thriller Hellsing, with his love for shadowed faces and bottle cap glasses. Meanwhile the director is the guy who directs the Jojo's Bizarre Adventure TV series, with his love of dramatic angles and wild colors. It's a duo made in heaven. OK, perhaps they could have used a better animation studio than Hoods, the guys behind a large variety of boob sucking/mutilation anime (no I'm not joking). But let's not complain since so far the anime has been pretty darn impressive -lets focus on the positives.

From the Hellsing author we get this fantasy story about famous warriors getting transported to another world to take part in a gruesome endless war that feels like it took the slightest piece of inspiration from the Fate/Verse. It tells the tale of a Japanese warrior fighting off these dangerous racist imperialists from destroying these peaceful elvish people with funny voices.

From the Jojo's director we get stylish visual direction with dramatic angles and weird cuts. From Hoods Entertainment we get...not terribly impressive animation, which is a touch disappointing. Then again, they did also bring us easily the best opening song and credits for the season and possibly the whole year. 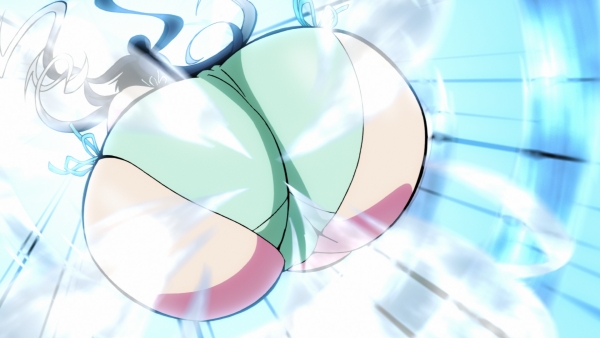 Keijo has a butt that breaks the sound barrier and it is amazing and I will not hear a word against it.

Sometimes when you look at a new season you find yourself despairing because all you see are a bunch of sequels to anime you've never seen. However I'm here to tell you that you should view this as a fantastic opportunity to catch up on all these anime you haven't seen before the new season begins!