If you looked at the title of this article and, when sounding it out, your attempt came out something like "Ch-ch-chuun-uun-uunib-byou?" then, please, do yourself a favor and check out Overcooked's Beginners Guide To Being Chuunibyou article.

Basically, chuunibyou means 'middle school syndrome', and characters afflicted with it usually act like they have special powers, or pretend to be someone they're not. To often very embarrassing results. Here are ten of the craziest chuunibyou characters in anime.

From: Denpa Onna to Seishun Otoko 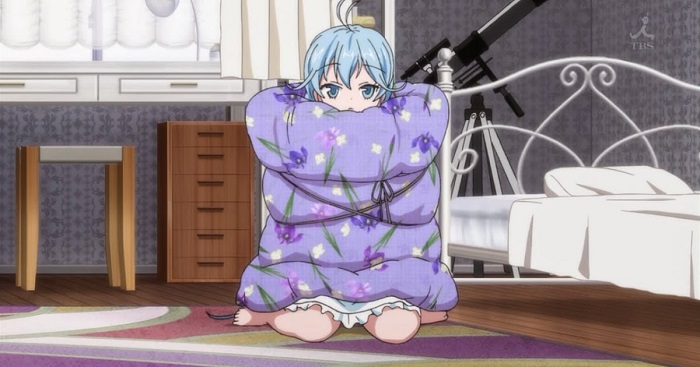 There's a reason why Erio Touwa's nickname is "E.T." Erio believes she's an alien investigator whose mission is to monitor the human race. That's her chuunibyou trait: having an obsession with not just the concept of aliens but believing she's an actual extraterrestrial being. However, her delusion isn't wholly unfounded. And she's not trying to make up for a mundane existence. Far from it. Her obsession started after she was found floating at sea. Heck, she'd disappeared for six months! What's worse, Erio can't remember anything.

Sure, she could've become one of those people with tinfoil helmets. Who could blame her? But, instead, Erio has convinced herself that she's now part of the race of creatures that possibly abducted her. Erio also tried to fly on her bike once. Sound familiar? All she didn't have was a creepy, little alien in the basket with her ... and the actual ability to fly. The resulting injury led to her eventual obsession with wrapping herself in a futon. 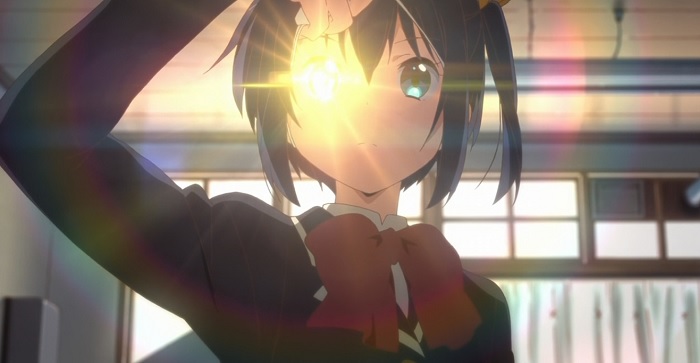 If you're still confused about what chuunibyou characters are like, then the first few minutes of "Chuunibyou Demo Koi ga Shitai!"'s debut episode gives a great, rather amusing, summary. Beyond that, the show also proves that while Rikka Takanashi is a lovable and adorable character, she's also a wake up call: you can't escape your past no matter how hard you try.

See, main character Yuuta Togashi used to have a rather embarrassing version of this "disease." But he grew out of it. Unfortunately, Rikka, still quite "sick," ends up enrolling in the same school as Yuuta and lives in the apartment right above him.

Just one glimpse at Rikka (as Yuuta did in the first episode, after mistakenly looking up her skirt) and you'll see why she's a chuunibyou. It's mostly the medical eyepatch she wears that will give it away. But she's not trying to be a pirate. The eyepatch seals what she believes is the "Tyrant's Eye," which has the power to reveal destinies. Oh, and she's not just a regular person who just so happens to have the "Tyrant's Eye." Rikka believes she's a sorceress. 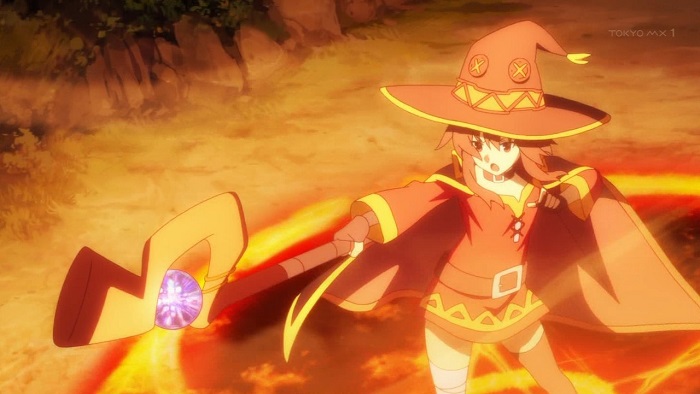 While many chuunibyou characters suffering from this rather "special" syndrome usually conjure up the belief that they have some cool abilities because their lives are lame, Megumin from "Kono Subarashii Sekai ni Shukufuku wo!" is a chuunibyou who just so happens to have incredible powers. She doesn't have to believe that she's an arch wizard because she is an arch wizard. In fact, she's descended from a powerful race called crimson demons or Crimson Mazoku. Plus, Megumin basically knows the "holy grail" of attacks: the aptly named Explosion. This move is insanely powerful and essentially unbeatable.

This is what makes Megumin so unique. She's created various delusions for herself even though her life is pretty rad. Megumin's odd behavior causes her to make rather bold and ludicrous statements that could never in a million years be true. One of the more "popular" or more annoying claims (to her teammates) is that she has never had to use the bathroom. Okay, sure. 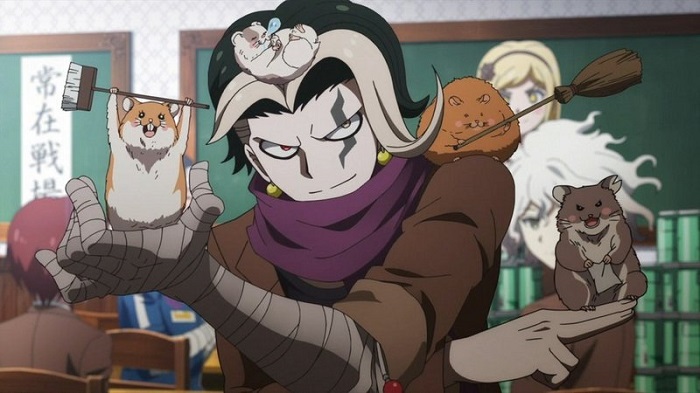 When you take out all of the intense "Ultimate Despair" brainwashing shenanigans in "Danganronpa 3: The End of Kibougamine Gakuen - Zetsubou-hen", then you'll realize that Gundam Tanaka is one of the more intriguing chuunibyou characters. In addition to his whole "I am the Dark Lord" shtick where he calls his four hamsters "the Four Dark Devas of Destruction," he believes that everyone is a "pathetic human being" and claims he's blessed with the evil powers of the underworld - his way of overcompensating for something.

See, when it comes to the Four Dark Devas of Destruction, Gundam is actually quite fond of the little guys, as well as all animals. In other words, he could very well be ashamed of how "sweet" he actually is, causing him to fall into "chuunibyou land."

Here's two more of his quirks: Gundam believes that toxins course through his veins so he constantly tells people to touch him (so they'll be poisoned). He also doesn't want people to say his name ... at all. So we wouldn't recommend it. 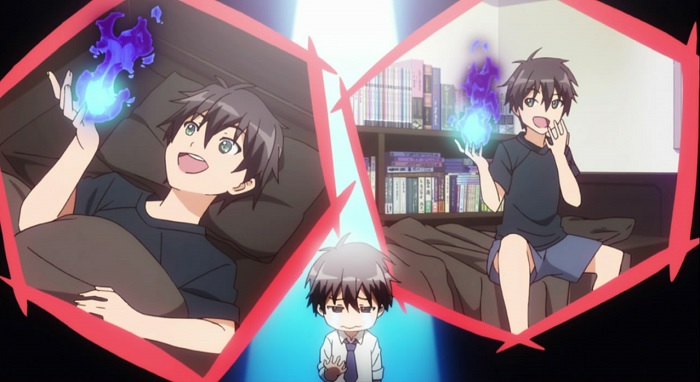 In "Inou-Battle wa Nichijou-kei no Naka de", Jurai Andou's quirkiness is very unusual in that he, much like Megumin, actually has powers. The only difference is that while Megumin's abilities are pretty darn spectacular, Jurai's are incredibly lame and disappointing. Jurai's quote-on-quote "power" is called "Dark and Dark," which allows him to manipulate a dark flame. But even that language is extremely generous. Just don't tell him that his power is stupid, because Jurai is very proud of it and loves it all the same. He gets uber depressed if you do.

Undoubtedly because of how useless his power is, Jurai normally falls into his own little world. Even though his chuunibyou personality annoys those around him, it actually does have some good points. Because he's so carefree, Jurai is able to accept people as they are more easily than most. But it also makes him even more oblivious to romance than most guys his age are. 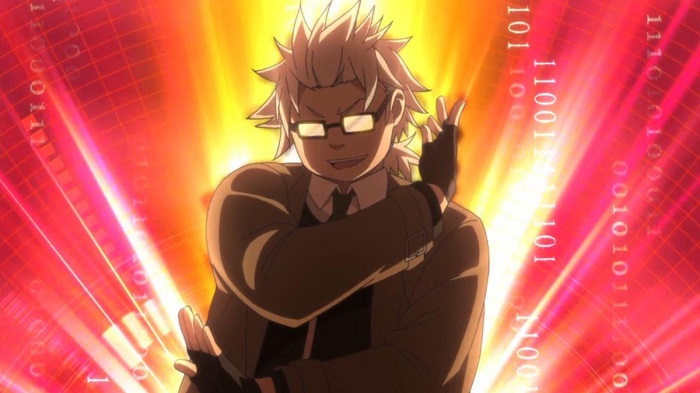 First off, yes, Yoshiteru "Blademaster General" Zaimokuza from "Yahari Ore no Seishun Love Comedy wa Machigatteiru" is a teenager. He might look like an over-eccentric geezer, but he's just an over-eccentric teen who looks like a geezer. Like a few of the chuunibyou characters on this list, Yoshiteru does have a special ability, namely the Zaimokuzi Crusher. However, in his delusional mind, he believes he has many, many more.

His chuunibyou attitude also involves him getting extremely excited over the things he's passionate about, such as historical shoguns, magic and, most especially, writing. His obsession with writing is probably the most hilarious of his fantasies because he's pretty bad at it. 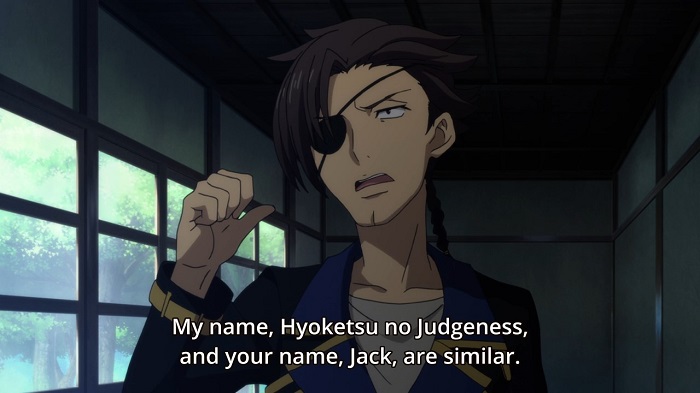 There's not that much known about Hyouketsu no Judgness from "Mayoiga" except that he's been the subject of bullying, as it in most cases involving chuunibyou characters.

Probably the most interesting thing about him is his rather unique confrontation he had with a character named Jack. Why? Because it involved a gardening hoe. Yes, a gardening hoe. As to why there was a fight in the first place: Hyouketsu doesn't like it when his name is similar to other people's names. And Jack is, apparently, too much like Hyouketsu no Judgness ... so much so that it was impossible to ignore. 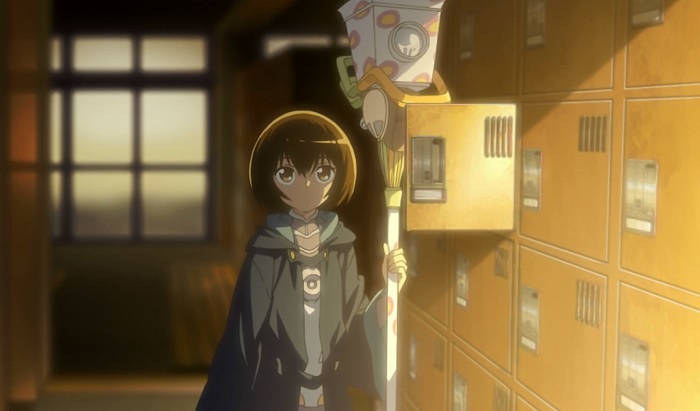 "Aura: Maryuuin Kouga Saigo no Tatakai" essentially takes the comedic factor from "Chuunibyou Demo Koi ga Shitai!" and injects it with intense drama. Ryouko Satou is like many chuunibyou characters in that she likes to dress up. She wears a blue cape. Plus, she has a pretty intense staff. But there's more to Ryouko than just her outfit. She wears it because Ryouko believes she's a researcher from the outer world. She's on a special mission, too. Ryouko is in search of the "Dragon Terminal."

Ryouko's need to take on this heroic quest, however, comes with its own perils, like being constantly bullied by her "classmates." Because of this, the main character Satou Ichirou ends up helping her out even though he's trying to escape his embarrassing days as Maryuin Koga. 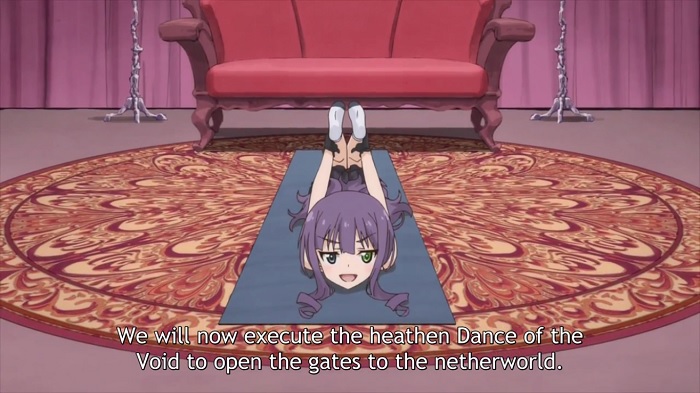 In each episode of "Anitore! EX", one of five girls leads an instructional "video" on how to stay fit, guiding the viewer through various exercises. Each girl is cute and innocent, all except for Akiko Tachibana, who adds her own chuunibyou flavor to the show by prophesying how she will "seduce" the world into "despair and chaos."

In fact, Shio is actually "a fallen angel of the dark world of Denebrae." She's in no way a fitness teacher. And we, the viewers, have been guided to her by the stars to learn something much more menacing than exercising routines -- oh, yes. We're going to seal "our pact." Each yoga pose she shows us is also part of an overall ritual, like the Heathen Dance of the Void. It's not the Bow Pose, though. It just looks like it. This dance actually opens the gates of the netherworld. So beware!

That being said, it doesn't take long til you discover she's just like many other highly eccentric chuunibyou characters. Oh well.

From: Saiki Kusuo no Ψ-nan 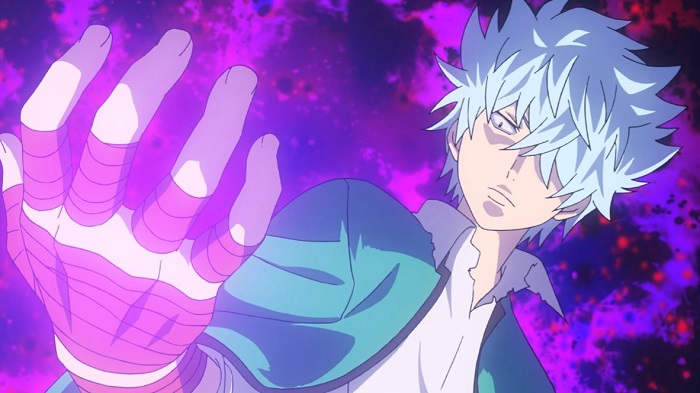 How Shun Kaidou succumbed to his chuunbyou-ish ways is what makes him so intriguing. It's incredibly ironic. All Shun wanted was to be more like an adult. He didn't have any friends in middle school, so who could blame him? But in his effort to become more mature, he ended up becoming the exact opposite.

In "Saiki Kusuo no Ψ-nan", Shun calls himself "The Jet-Black Wings" and has adopted a heightened paranoia where he believes that everything is overseen and controlled by Dark Reunion, an evil organization.

Like many chuunibyou characters, Shun has a split personality. For him, his other self tends to take over whenever he's in a hopeless situation, alone with strangers or with his mother. In this state, he becomes more sure of himself and believes he's strong and suave. But in each case, Shun ends up becoming everything but those things by sweating profusely and acting like, well, a coward.